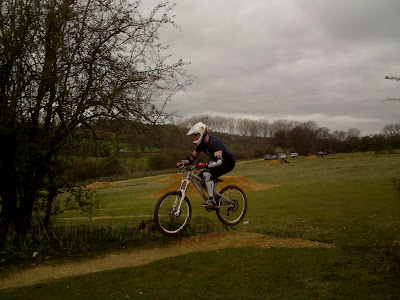 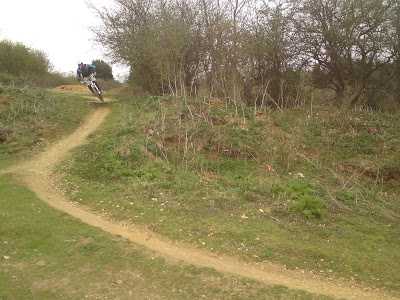 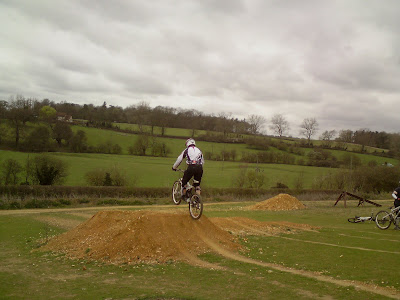 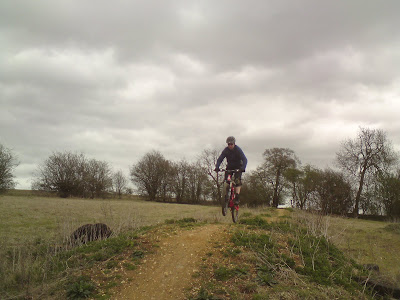 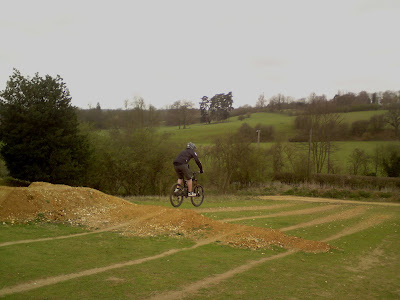 The guys made their way down the A10 from Cambridge and on meeting we chatted over their aspirations for the session. I ran them through the skills check and made some set up checks and that really made a difference to their control. We moved to the drops and in no time at all they were airborne. their new looking and body positioning along with their mental skills made a real difference.

Pat’s Scott Ransom frame snapped during this, much to everyone’s surprise as shown in the video. soon it was time to move onto the skills trail to work on linking sections on singletrack together. Pumping , rock gardens, steps, jumps and drops were linked to flat, bermed, off camber and switchback turns. each rider was riding more controlled and faster than ever before. After a few complete runs it was time to move onto jumping tabletops and gaps. I used a 6ft tabletop for this and I controlled their speed which allowed them to focus on their body, looking and foot positioning and soon they all landed on the transition.

some even chose to ride the 6ft gap jump side too. After a while I moved us onto the pump and jump trail where I showed why the skill set applied to pumping, jumping and manualing. Using the first 3 sections on the trail the riders chose whether to pump, jump or manual the sections to gain speed to jump the 9ft tabletop at the end.

The signs of mental fatigue really began to show 5 hrs into the session so we called time so I gave them a riding demonstration of the same skill set I teach in use in my own riding on the high woodwork of Herts.
Great session!