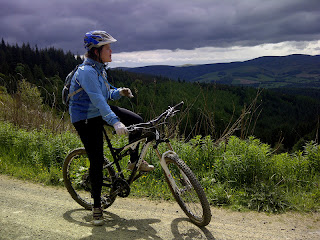 This bank holiday, 7 of us went to Scotland to ride glentress and innerleithen. My daughter, Lily was with me for her first trail centre ride as she has only ridden since October last year in Hertfordshire. We arrived on the Saturday and was all set to try ride the red trail Sunday morning followed by the blue trail in the afternoon after lunch. I was totally unsure as to whether we’d be walking uphill for hours and walking down again but I was so proud as Lily and Krystal, who ride together every week rode up like true soldiers and then on each descent we all took turns to lead and give them the space they wanted . 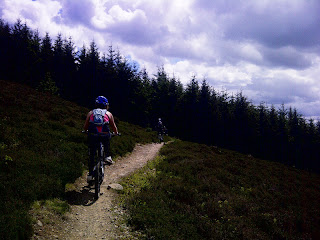 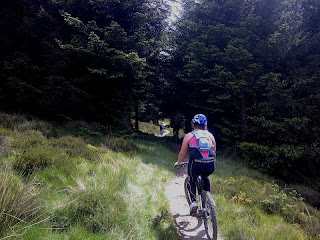 Myself, Paul, Cav, Nick, Krystal, Lily and Jenny were joined on the Sunday ride by Dawn. I have coached Dawn a couple of times and it was great to just ride and hang out with her too. We ate and then decided to ride the blue trail, which is one of my favorites. They absolutely loved it and the day ended with smiles all round and pizza and beers. 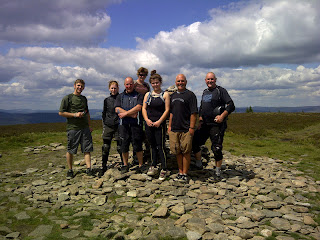 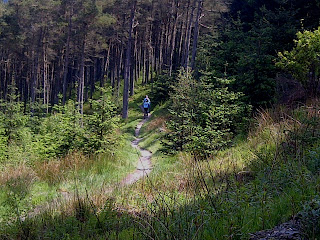 The Monday saw us head to Innerleithen, I knew they’d find it a challenge but they wanted to try it so off we went. The long climb saw us take lots of breaks and we said a cheery hello to every rider on the trails we saw. I think a few who had past us were surprised when the rider they past as he helped his daughter walk a rock section dropped in to the quarry from the high line. We eventually got to the top and the group picture was obligatory. Lily and Krystal led the way and we gave them the time gap they wanted before we all streamed down. 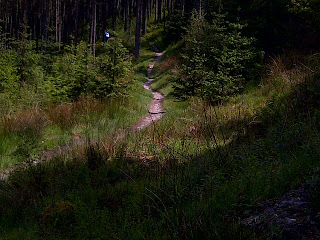 Just before caddon bank, I came down the hill to find Lily had crashed and was shaken up so on the final descent of caddon bank, Her and Krystal went first and picked their way down slowly whilst myself, Cav, Jenny and Nick waited for the phone call that they rode down ok and safely. Some riders rode down after them and barged them off the trail so when Paul rang me to say they are safe but some riders shook them up I got a bit pissed off and decided to catch up with them before they got to the bottom just so they know what it felt like 🙂
We all went to the whistle stop cafe in inners for food before coming up with the plan to ride loops of the blue for a bit. Lily and Krystal sat it out as they were tired so we rode a few runs of berm baby berm to the bottom with riders I met there that I have coached before.  we finished with grins all round before celebrating the weekend with beers. Thanks to all the riders who were cheery and it was good to meet so many riders on the trails that I have coached or that have watched my video blogs.
Biking rocks don’t it!