A gift of a session for steve 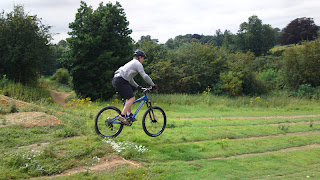 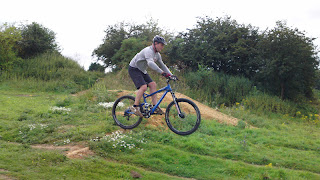 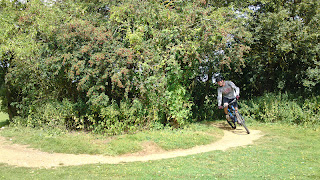 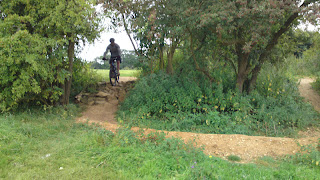 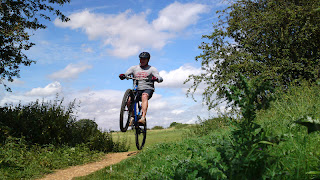 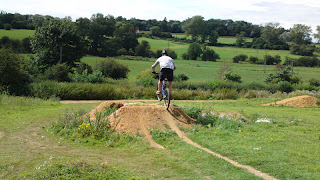 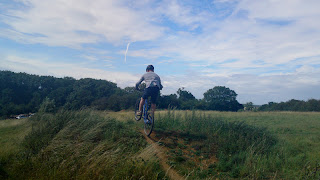 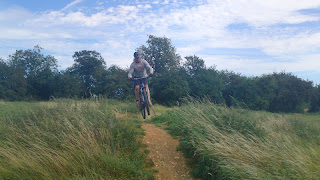 Steve was given a gift voucher for his session and finally the day came. On meeting i asked his aspirations and he said he has never been able to get his wheels off the ground and at 50 yrs old he didn’t think he would.
The skills check showed I had to work on both his physical and mental skills and predominantly that meant feet, looking and body positioning. I made a set up change that puzzled him but only until he tried it and the difference was huge. We moved to the drop sections and soon he was landing perfectly and any errors were already self diagnosed. We spent some time on a body position correction excersise and soon we were onto the skills trail. I worked on pumping, riding steps, rock gardens and fly out jumps. we linked in flat, bermed and off camber turns too and suing the identified braking areas Steve was soon shifting faster along the trail and controlled too.
I wanted to work on jumping with Steve as he had a protection mechanism but the time we spent on the 6ft tabletop broke that down as he calmly got airtime each time. For our final application of the skills set, we moved onto the pump and jump trail to focus more on advanced pumping and choosing whether to pump or jump sections on a trail.
The heat of the day and the mental aspect of learning tired Steve out after 5hrs and we ended our session to a tour of Herts and a cold beer each to celebrate a great session
high5!