A group session with the essexhertsmtb forumites 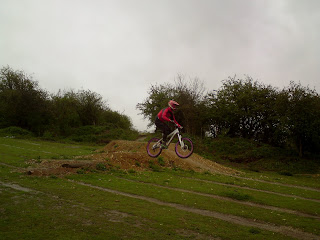 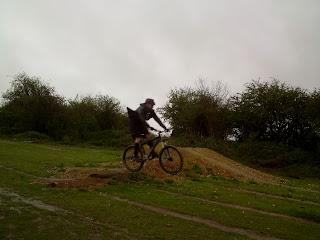 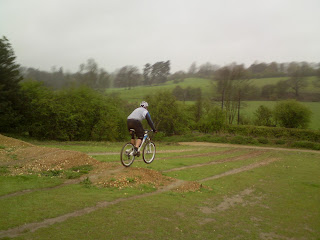 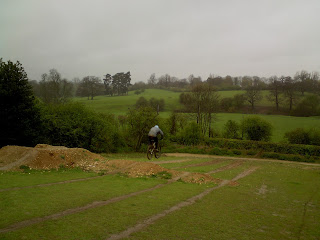 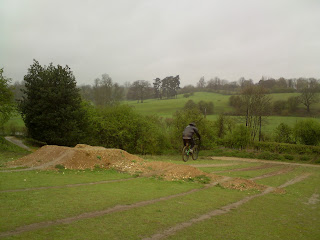 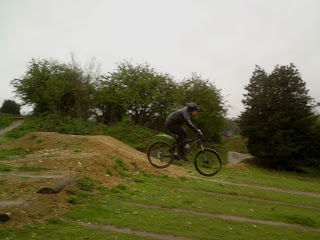 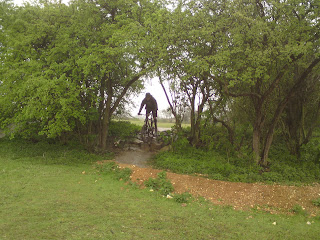 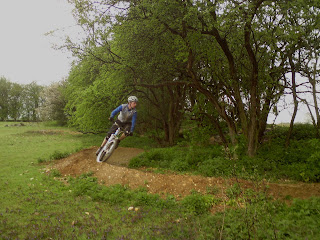 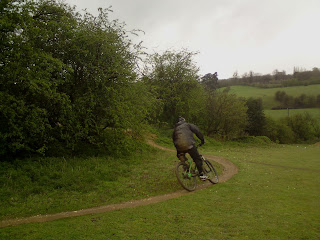 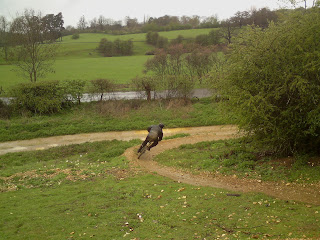 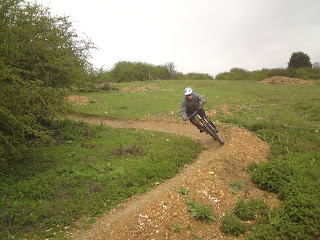 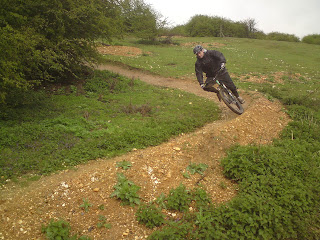 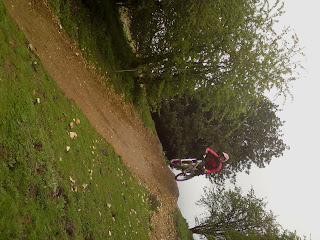 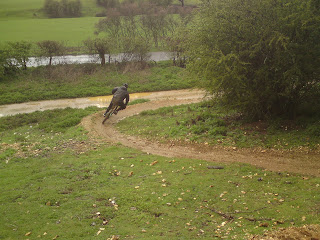 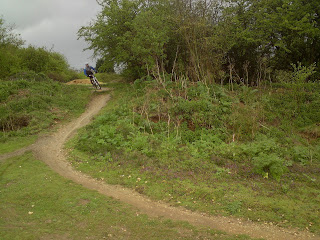 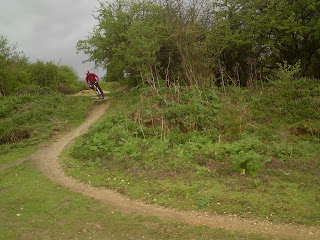 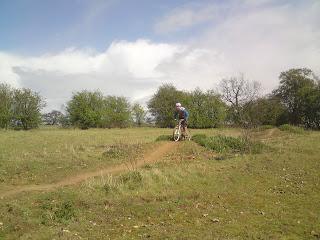 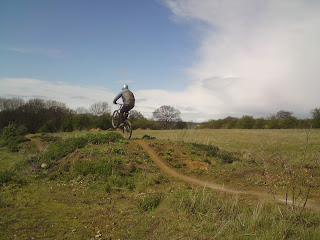 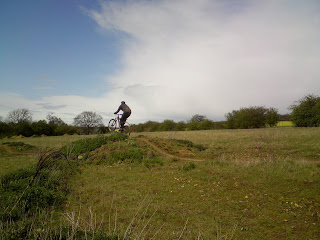 Andy, Jon, Chris, Rich, Marco and Alan turned up on a very wet day for their skills session and I made all the necessary set up changes and identified the missing skills very quickly so we were able to move on and apply their new physical and mental skills to techniques in mtbing.

We began with the drop technique and very quickly they were riding all 3 drops and  Andy and Jon even beginning to style it in the air too. After a while, we moved onto the skills trail and I worked on pre jumping, flat, bermed, off camber and switchback corners, rock gardens, steps, fly out jumps and drops. We broke the trail into bite sized chunks so they could focus easier on the task ahead and their new looking, foot and body positions really began to pay dividends. After a break for grub we continued by riding the entire trail end to end and with every run they became smoother and faster regardless of the conditions.
I moved them onto the pump and jump trail where I demonstrated why pumping allowed you to gain speed through sections to be able to jump a 9ft tabletop. The guys got to grips with this and rode the whole trail in the same vein. I finished the session by teaching them why the skill set applies to manualing and they were soon choosing whether to jump, pump or manual jumps.
They were pretty much shattered by the end of the session and a tour of herts and a cold beer was the order of the day. Great riding guys and it was a pleasure to coach you all.
High5!