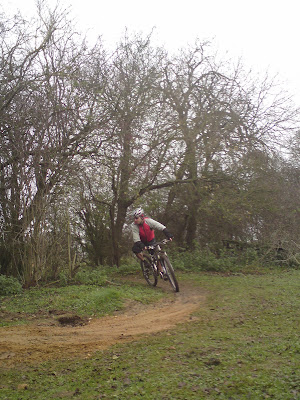 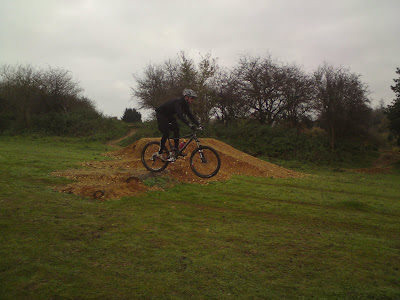 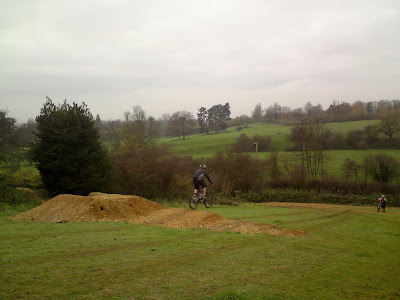 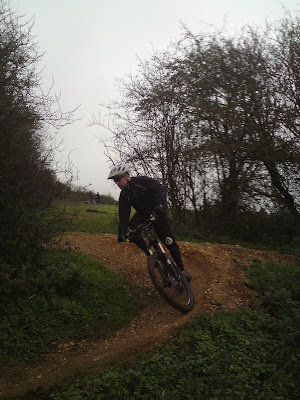 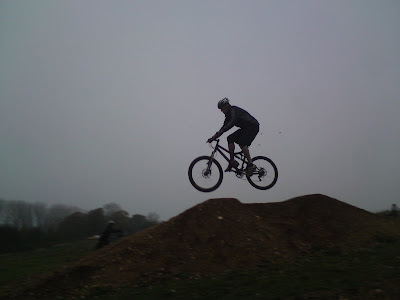 I met Mark and Vik a few years ago and they contacted me for coaching at the Herts skills area.
On meeting the 4 of them in the morning I ran them through my skills health check where I see what is missing in their skill set and during this, I found what they did naturally too.
The first technique we covered was to their surprise the drop technique.
Working on their physical and mental skill sets I demonstrated the push using their skills set and the application in this technique and away they flew!
We then moved onto the skills trail where we worked on the sections contained in it by breaking it down into segments. We worked on pumping, speed manuals, cornering (flat, bermed and off camber), drops, steps, rocks , and up ramps. each segment was added to the previous one as we worked our way down the trail. I timed thier runs so they could see the effect the skill set has on their riding too.
Lastly, jumps!
I use a table top with one half taken out to form a gap jump . Here I showed the power of the skill set and the simplicity of jumping. In maybe 5-10 controlled run ins they all jumped it clean and some even moved over to jump the gap too. With this our session came to a close as fatigue began to show.
Awesome session guys!