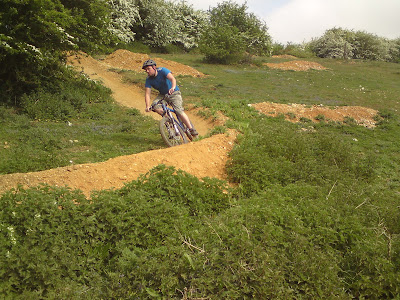 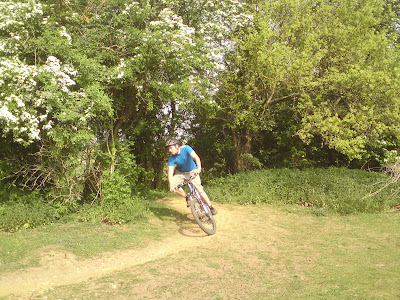 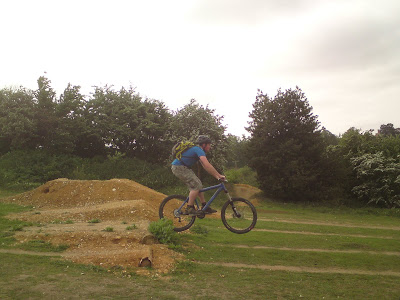 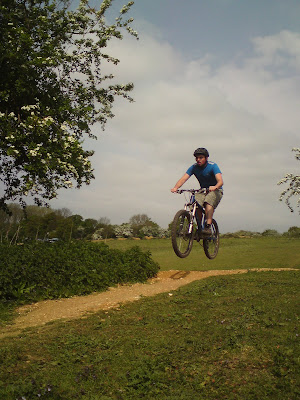 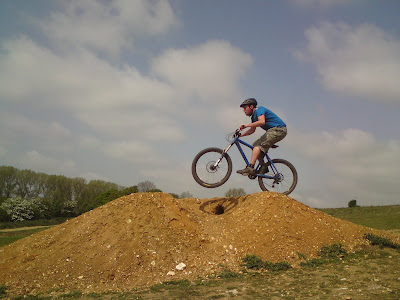 Having worked with Craig last year I was interested to see what had stuck and what other areas needed work. He made the trip from New Zealand and I set about working on footwork and body positioning in corners and also the push technique too.
We worked on his bug bear, drops.
I worked heavily on this and soon had Craig landing perfectly on the the 1st two drops and found a protective mechanism on the 3rd drop which although he rode it didn’t ride as smoothly as the other two and this affected him. We then worked on drops into corners and still affected by the larger drop he couldn’t relax and got agitated, even saying after seeing all the previous blogs of riders doing jumps/gaps he felt like he was failing, not so!
I then brought him right back to cornering alone and we worked on flat, bermed and switchback corners and soon he was linking them together nicely and the smile began to appear.
I showed him the 2 pushes of the speed manual and he soon got that technique dialled too.
We linked the entire trail together and he soon began to really fly as he relaxed more and more.
We linked corners, rocks, steps, drops and fly outs .
The smile was back on his face and confidence and concentration was back again.
Lastly, and to his surprise we worked on something Craig had never done, jumping!
Using the 6ft tabletop I took him through my steps that ensure comfortable progress and to his amazement he sailed over the table top and smiled like a Cheshire cat. Time after time he rode it landing perfectly and even rode the gap jump side loads too.
The session ended and I can’t wait to see Craig’s improvements next time!