A session with Scott 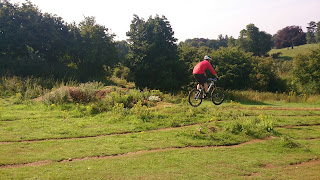 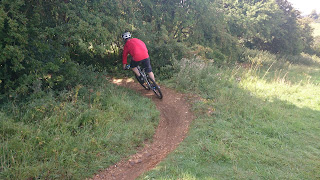 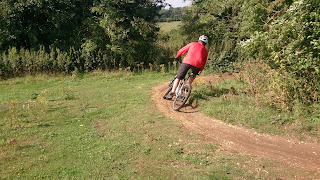 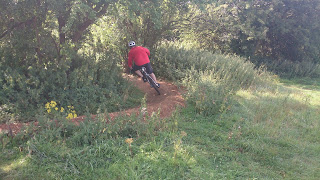 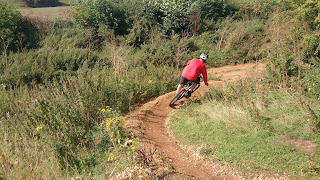 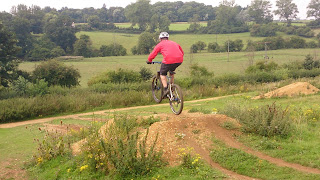 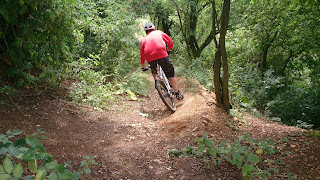 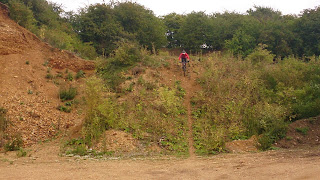 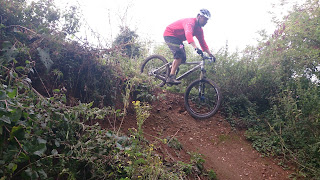 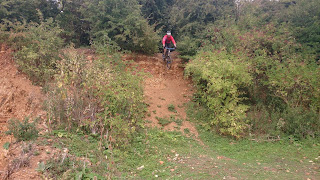 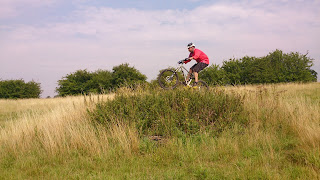 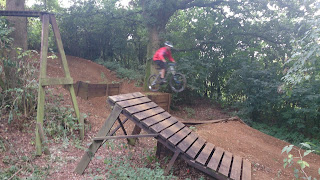 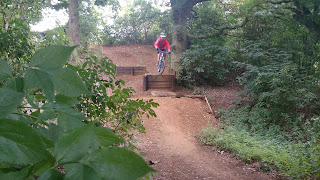 I started the session with the skills checks where I discovered that I had to work on body positioning and looking. I also made a few set up
changes before moving to drops. I talked him through riding the drops, and also gave him a mental skills set, which he used and was quickly riding off the larger drop, and even started making it look nice in the air. We then moved onto the skills trail, which we worked on section by section, and was soon riding top to bottom, linking both bermed and flat corners, rock gardens, fly outs, steps and drops with more control than ever before. We then worked on jumping, where I controlled his speed, and was soon landing perfectly on the other side of both a 6ft table top, and his first ever gap jump. I then showed him another trail, where we linked steep roll
ins to corners, and some
more jumping. We then looked at steeper stuff, and Scott was rolling on
both straight and sideways, commenting on how easy it felt. I then showed him a larger drop which he rode comfortably. We then worked on pumping through sections and gaining enough speed to jump a 9ft tabletop. He even started to manual through the sections. Our session ended on a 9ft gap jump, which he rode
well, but mental tiredness meant he couldn’t continue.
great session Scott!
Nath.
By Tony Doyle|2013-08-23T16:21:00+00:00August 23rd, 2013|Uncategorized|0 Comments