A skills session with Decland 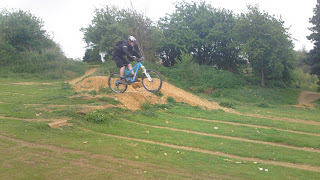 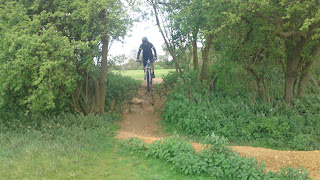 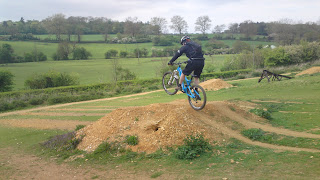 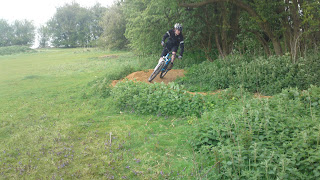 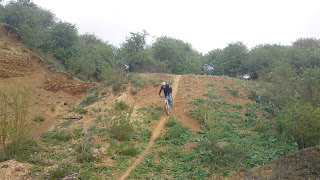 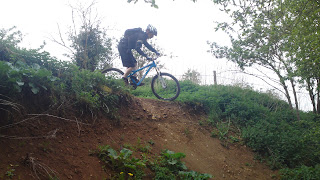 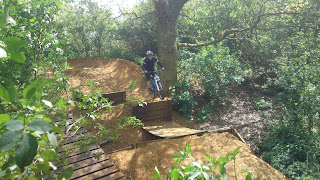 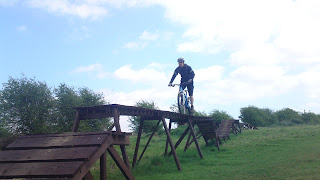 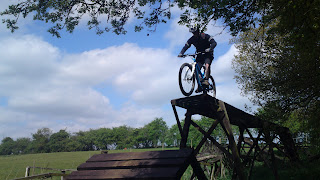 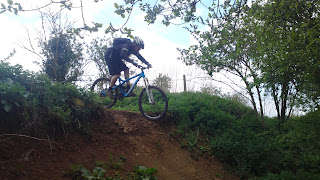 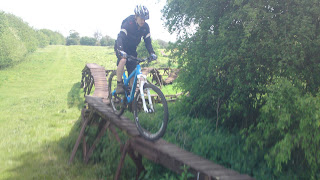 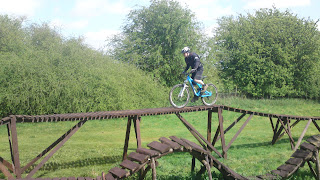 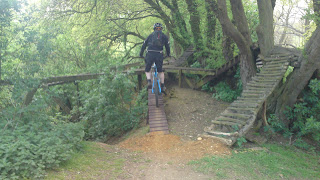 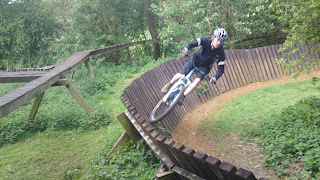 We started the session with the skills check where I discovered that in corners, I needed to work on looking, body positioning and a bit of foot work, as well as how to manage his speed through sections. I explained what was necessary and he quickly understood what was needed. He then showed me he had a natural push, and that I just needed to correct his looking. After making and explaining some set up changes, we moved onto drops, where he was quickly riding of the largest drop comfortably, and even began styling it up in the air. I then showed him a quick cornering exercise where he could really feel how having a correct body position can give you grip in a corner. We then moved onto the trail, and explained pumping, and showed him through the trail step by step, and ended up riding the whole trail top to bottom, linking both flat and bermed corners, rock gardens, fly outs, steps and drops. After a quick lunch break, we moved onto the table top where he was quickly jumping both the table top and the 6ft gap jump. I then showed him some steeper roll ins where he could feel how his new set up allowed him to maintain an upright body position when rolling down them. I moved him on to steeper stuff with an apex which I demonstrated, and he then rode down, and back up. He also dropped in sideways. I then showed him a larger drop, where he had to use his mental skill set in order to ride off it, and land both wheels together. I then moved him onto a larger gap jump which he happily sailed over, multiple times, before I moved him onto some wooden ladders. I started by showing him to get off, so he could control it if he wobbled, and he was soon linking ladders, basic ladder drops, seesaws, advanced ladder drops and wooden berms. Our session came to an end due to mental tiredness, and we enjoyed a good chat in the sunshine.
Great session Dec!
Nath.
By Tony Doyle|2013-05-10T16:59:00+00:00May 10th, 2013|Uncategorized|2 Comments