Trevor has been trying to find time for a skills session with myself for some time and the planets aligned for us both to be able to do today. The session began with my skills check and set up change and I found that Trevor needed work on body positioning and looking skills as well as his mental skills also.We chatted about what he wanted from the session and it was to be comfortable in the air and to be able to jump. The mental aspect of jumping and clearing a tabletop is something i build up gradually, so we began with applying the corrected skills set to the drop technique. Trevor was amazed at how simple it felt when lading correctly and the effort required. His old weight back technique that had undone him in the past was something he now understood why it went wrong. The 3ft drop proved no issue and we moved across to work on the mental aspect of jumping a 6ft tabletop and landing on the transition. I worked on both skills sets here and gradually pieced together both techniques required and bit by bit Trevor’s confidence grew. We took a coffee break and resumed, in fact we took lots of chat breaks as it is so tiring doing repeat goes of something that has a fear factor involved.Trevor was clearing the tabletop with a smile and by the time we moved on was clearing the jump with more effort and less speed than before the break as the skill set began to settle in.
We then moved on to pumping and carrying speed through corners but soon the mental aspect of jumping had taken its toll as mental fatigue hit home and unforced errors began appearing so Trevor called an end to a great session that we celebrated over a cold bottle of beer.
High5! 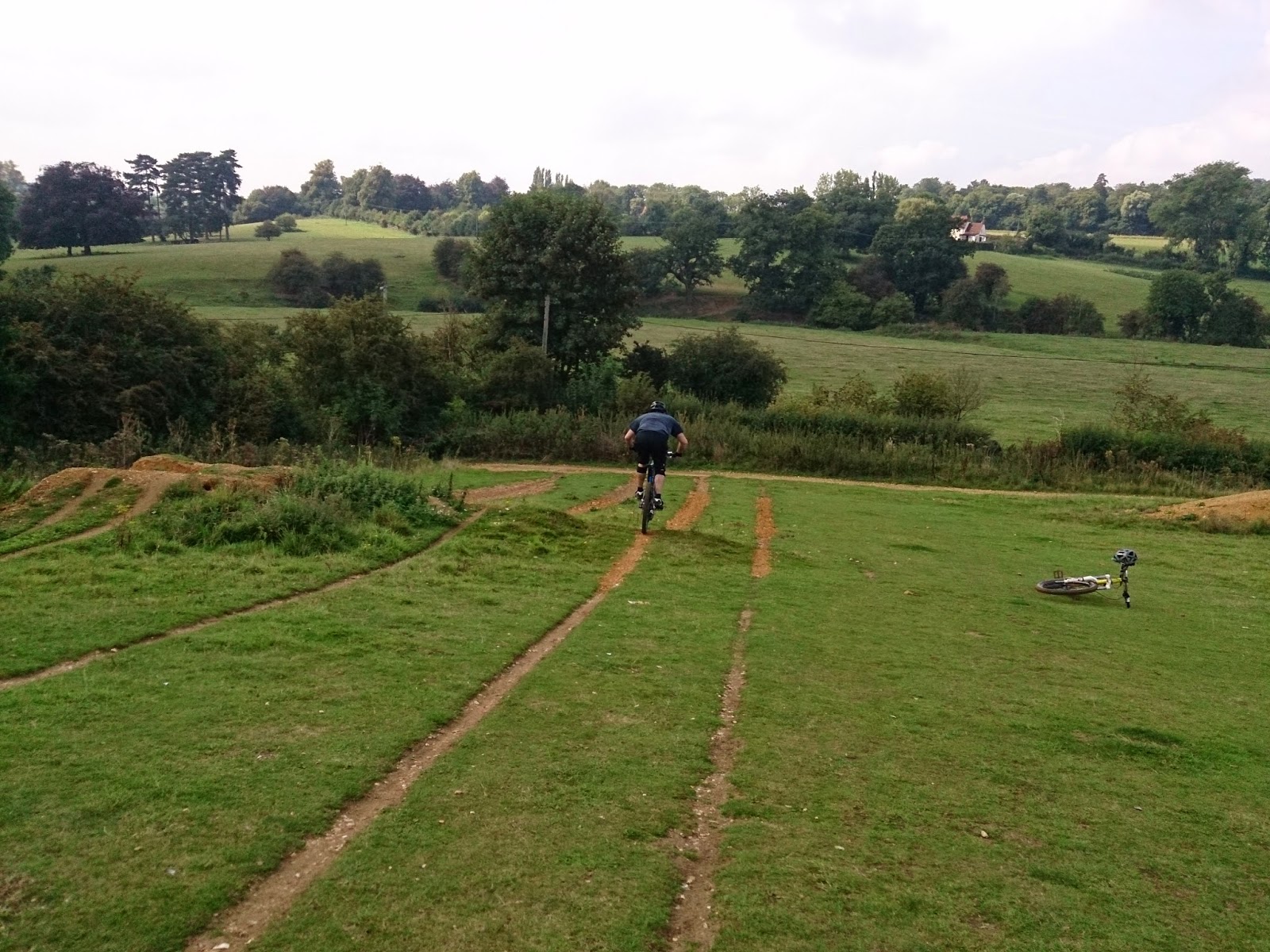 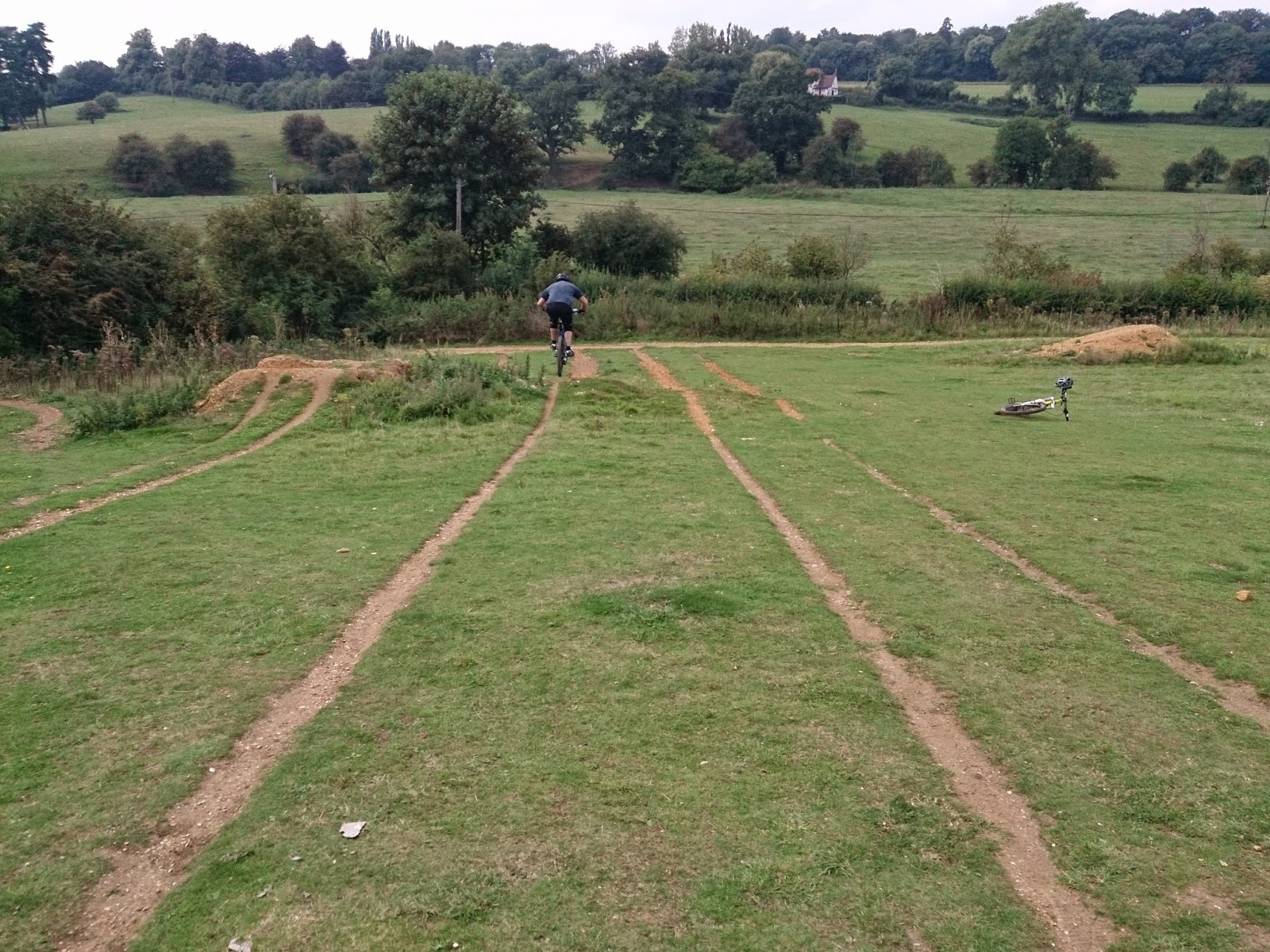 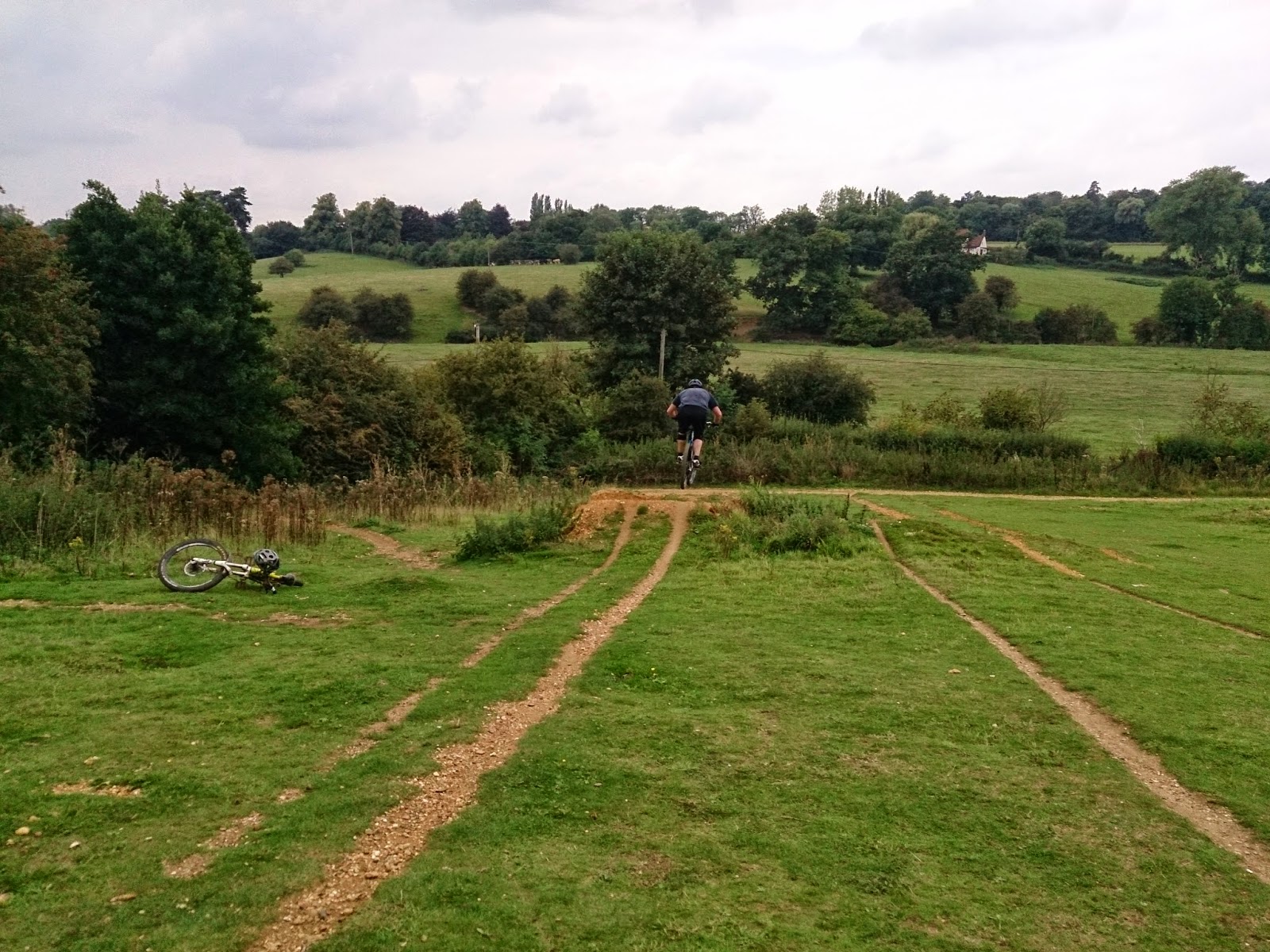 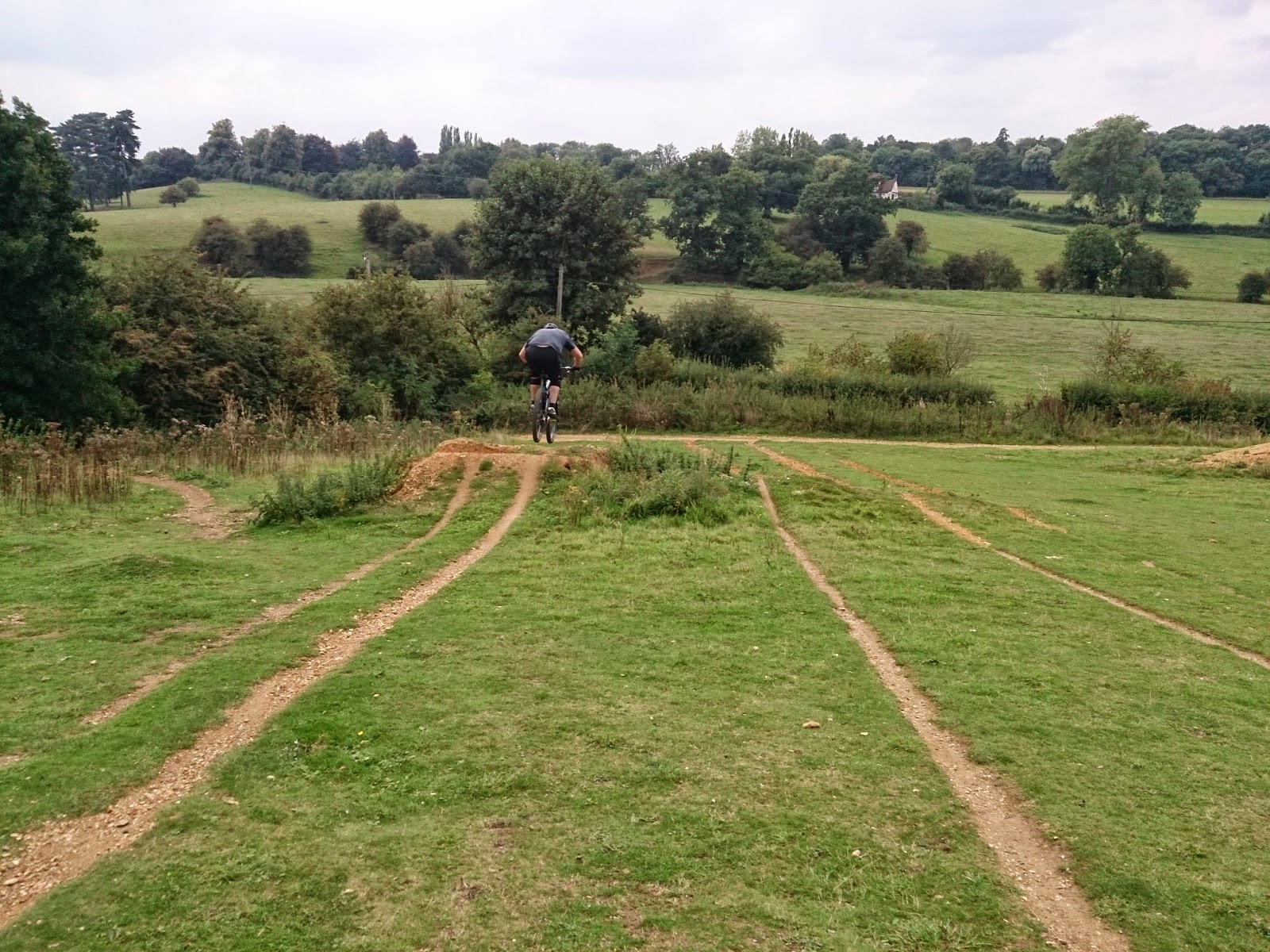 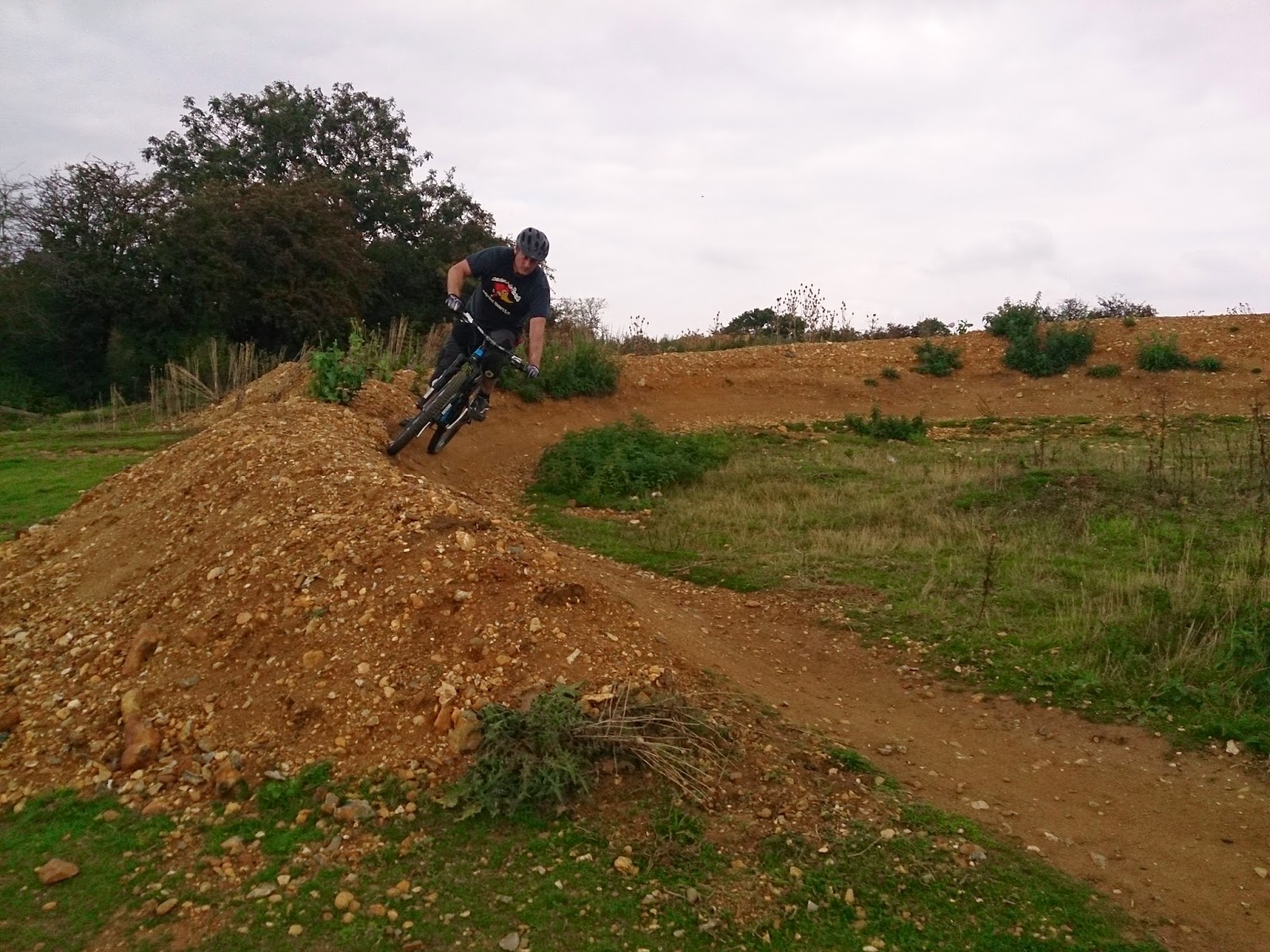 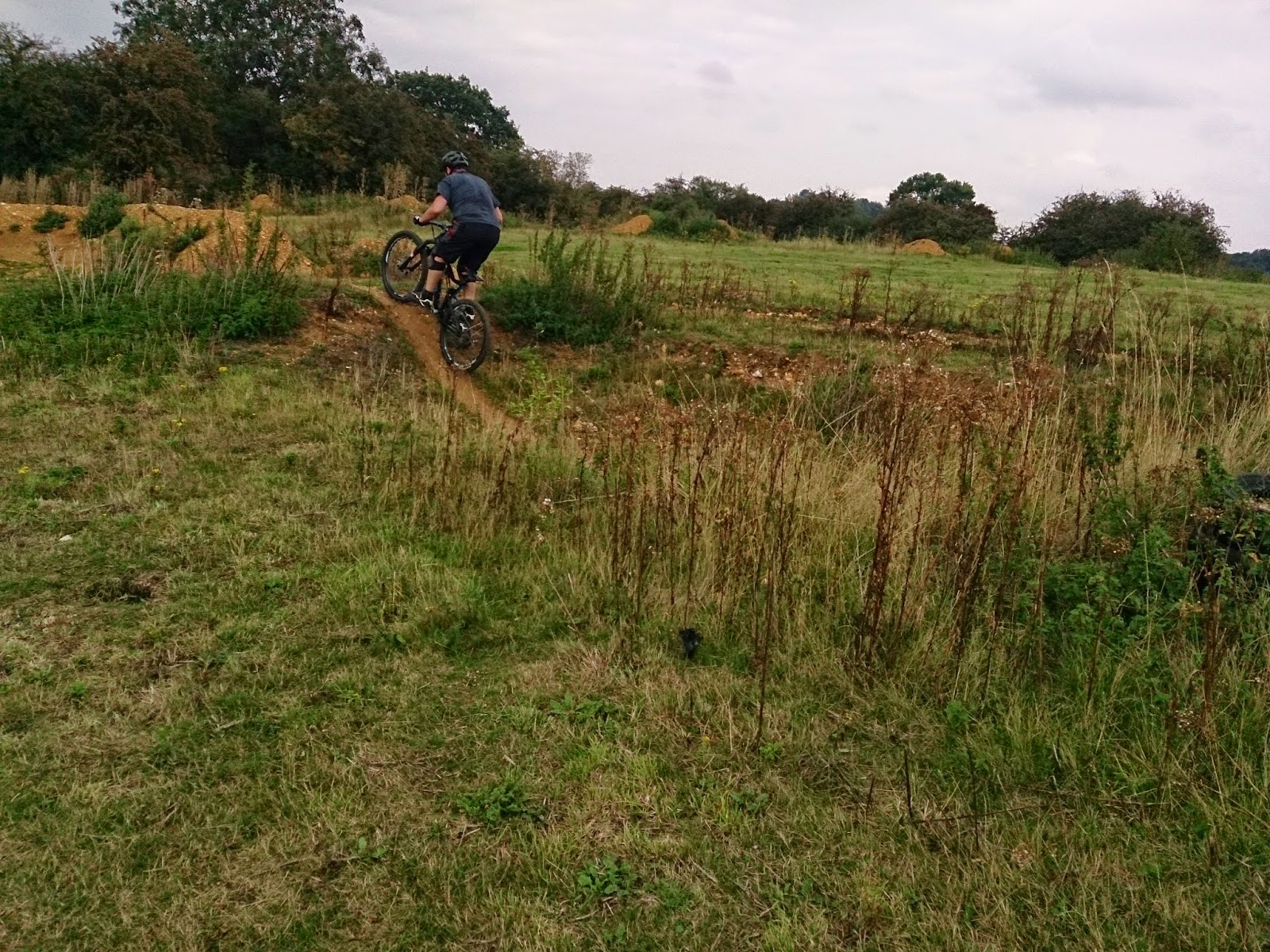