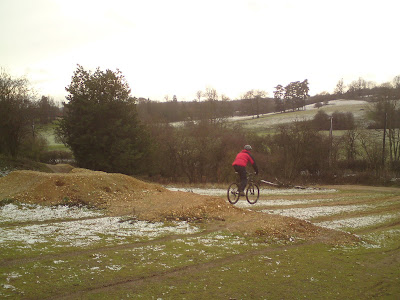 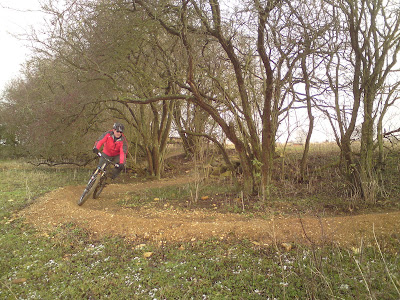 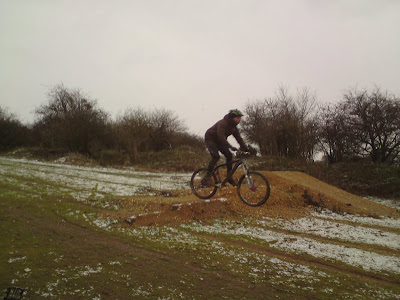 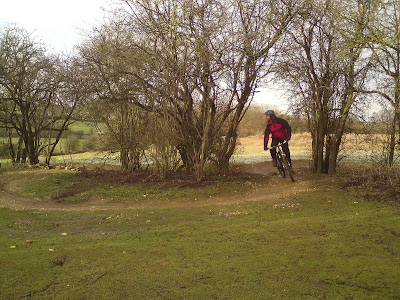 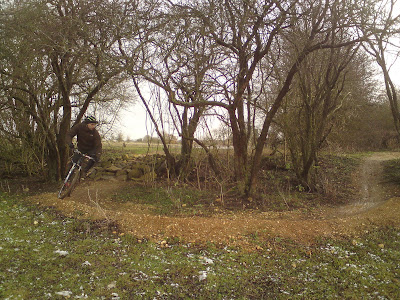 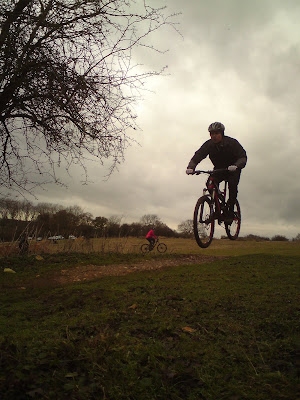 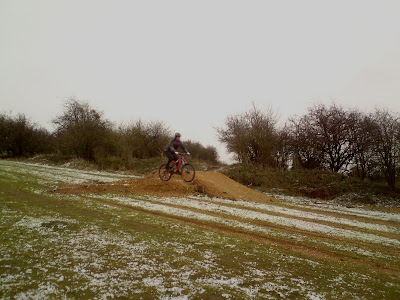 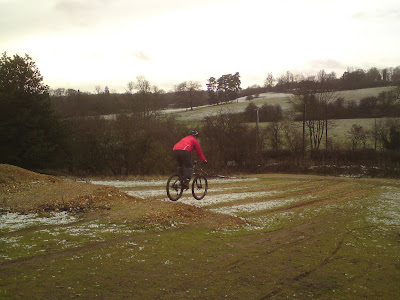 Alan, Rob , Aaron and Gary ride with Cyclone mtb club around woburn and came to me for an all round skills session. The skills check revealed body positioning, looking and footwork faults so after a change of set up I set to work.
First, I showed why the skill set, both mental and physical applies to the drop technique and in no time at all the boys were flying into the air and landing perfectly. They commented on the ease of this and that it was counter to advice they have read elsewhere. After a good few runs each we moved onto the skills trail itself and began working on linking the fourteen sections that are contained within it together.
We began with pumping and used the energy generated to link the following berm and flat corner. After a while I added a rock garden, berm and switchback corner to the mix and they all began showing me correct footwork, looking and body position in a conscious reaction, this was later to become an unconscious action. I showed why the skill set applied to getting airtime on a fly out and linked that to a corner with a step on the exit. Once again they began to fly and smiles all round was the order of the day. Lastly I worked on linking their drop and corner techniques together and the effect of line choice before it was time for them to ride the entire trail end to end. They began riding the trail one by one and the riding was noticeably smoother and faster too. each run was getting more confident and the wet conditions reinforced their skill set as they gained grip and control. Finally, they began riding the trail together and although there were errors, on each run the errors were corrected where they occurred as they were recognised by the rider themselves! The fading light and mental tiredness brought our session to and end and I can’t wait to hear their riding updates in the future. Awesome session and the first snowy one of the winter.