Alan’s one to one skills session 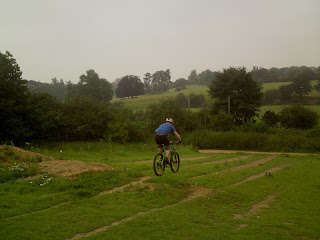 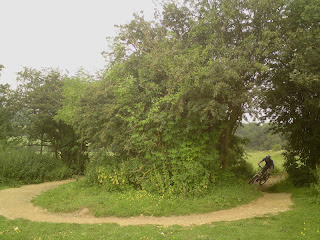 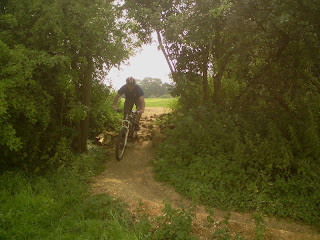 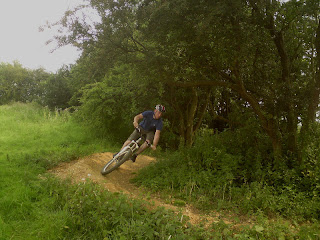 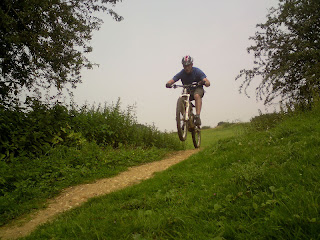 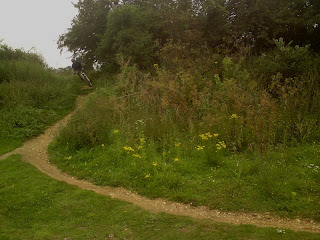 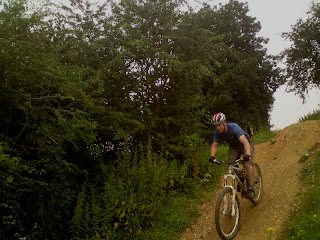 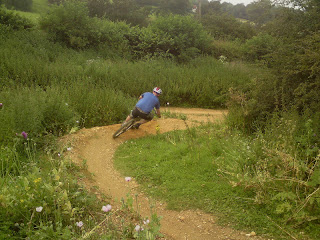 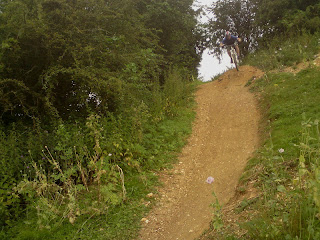 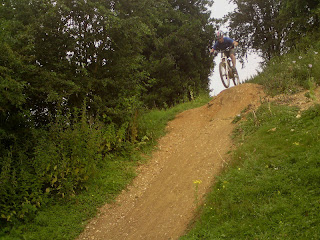 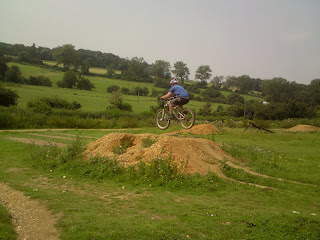 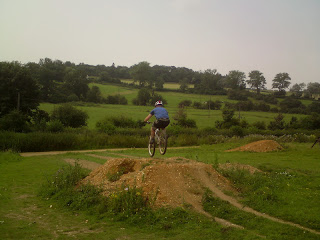 Alan took today after I had a cancellation and made his way up from swinley. On meeting we chatted about his aspirations and then began as ever with my skills check. I found 50% footwork was correct but he also had body position and looking skills missing. I made a set up change and it did the trick. We began with the drop technique and Alan had to use my bike as his  shimano saint crank arm kept on working loose.

Alan rode the 1st two drops and his mental skills said he wasn’t ready for the 3rd until later in the session.
We moved onto the skills trail and worked on linking the 14 sections contained with in it together.  Pumping was used instead of pedaling and we used the speed to link berms, off camber, switchback and flat corners, rock gardens, steps, fly out jumps and drops.

I worked hard on braking and line choice when linking sections together and soon he was riding the entire trail end to end. Every run was faster and smoother than ever before and any errors self diagnosed too.
For our final application of both the mental and physical skill sets we moved onto jumping tabletops. I used the 6ft tabletop and gap jump for this and in a few small steps Alan was sailing over it and smiling ear to ear.

He even rode the gap jump a couple of times but the heat of the day accelerated fatigue and our session ended soon after to a tour of herts and a cold beer to celebrate a great session.
High5!