Alastair and Liam’s 2 to 1 session 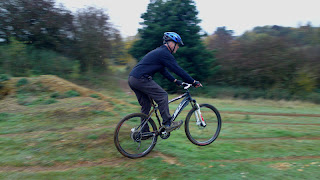 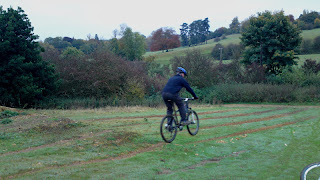 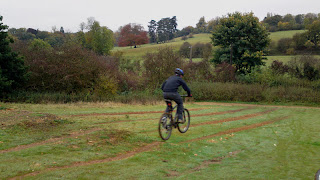 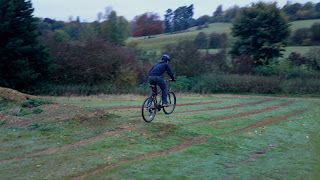 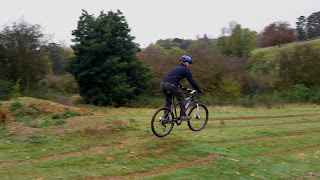 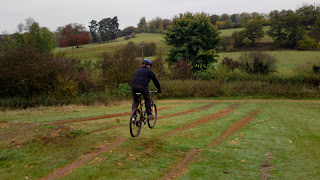 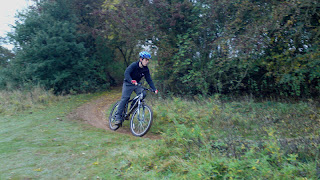 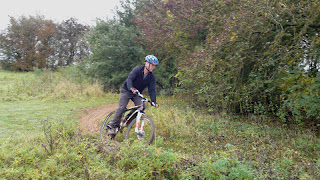 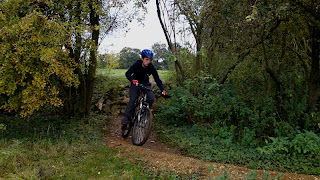 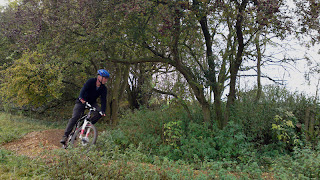 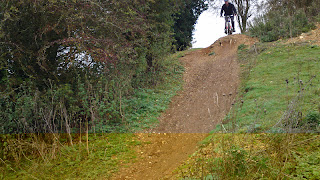 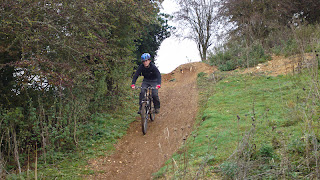 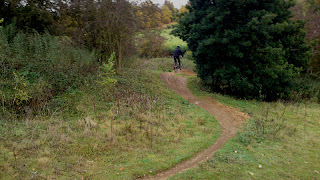 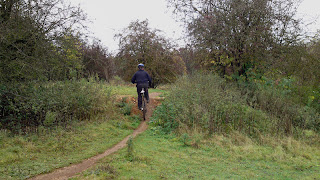 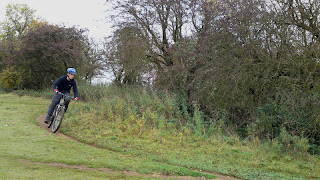 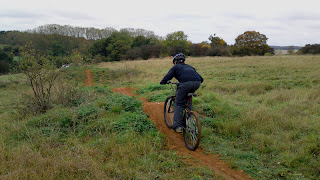 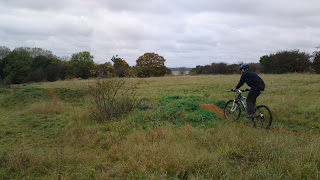 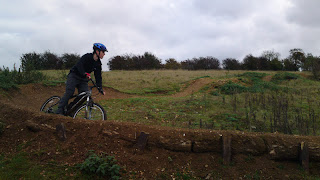 Alastair and Liam are father and son and first found about my coaching at a talk I did at Allenburys sports club about mtbing. A session was booked and today was the day. On arrival we chatted over a coffee and Alastair said they were novice and was surprised at my “no such thing” retort.
The skills check showed me that they needed working on footwork, looking at body positioning and so I made a simple set up change to enhance things further. The look on their faces at how easy unwieghting the front wheel was now was hillarious and soon we moved on.
When I said we begin with the drop technique they thought I was mad but after a demonstration they both began landing perfectly and with less effort than ever before.
Next, I worked on their body positions when turning before moving onto the skills trail. A hump in the trail was used to gain speed by pumping and then linked to a berm and flat turn. Their new skills sets were already paying dividends and  I added a rock garden followed by two more corners. I showed why and how to absorb features on the trail and worked on braking technique and line choice. The end of the trail was added and they rode steeper drop offs and linked them into a final corner.
After a break for food and to allow the learning to settle, they began riding the whole trail end to end. Every run was faster and more controlled as they used their physical and mental skills to control the speed of the trail. 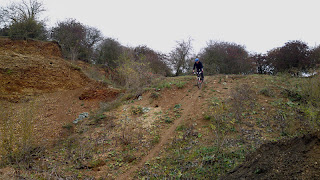 I wanted to develop their pumping of trail features further so moved to another trail that has 10 sections that can be pumped without pedaling if it is all timed correctly and soon they were riding end to end again.
Our final technique was riding steep and higher drop offs and using the mental skills to decide to ride sections rather than guts or balls!
Our session ended as mental fatigue was growing and we ended as we began, chatting over a coffee.
High5!