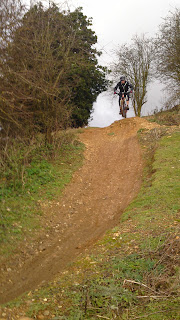 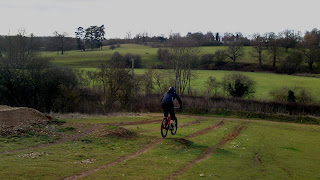 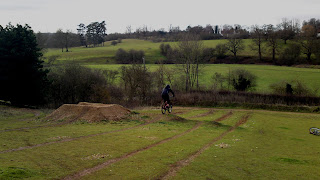 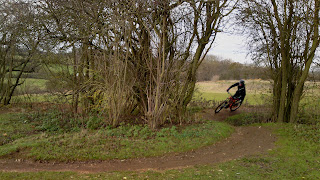 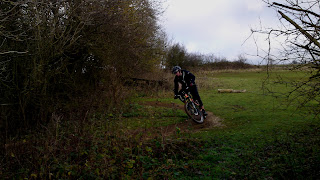 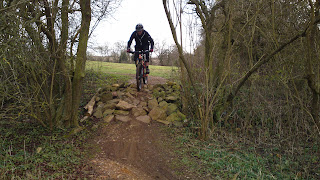 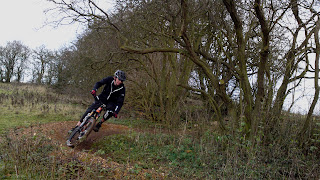 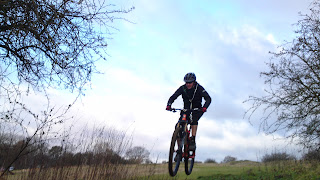 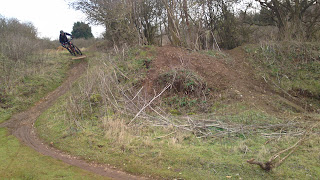 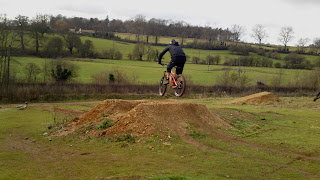 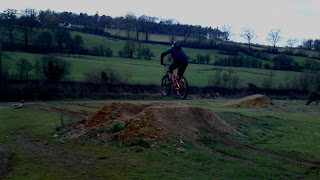 Allan made the journey from Bath and on arrival I ran him through my skills check. Allan had only been riding for under a year and was missing footwork, body positioning and looking skills. I began with a set up change and then the corrections commenced.
I worked on applying both physical and mental skills sets to the drop technique and Allan soon got his first ever airtime and quickly rode the 3 drops.
From there, we moved onto the skills trail and began work on linking the 14 sections contained within it together using the correct braking and pedlalling areas.

Pumping was used to gain speed and Allan linked that into the 1st berm and following flat corner. I later added a rock garden and 2 more corners into the mix and he was now riding the top half of the trail faster than he ever thought he could. We had a coffee and cake break and resumed with the next segment of the trail and so on. It wasn’t long before we were linking drops into corners and using line choice and braking technique he grew in commitment and confidence.

I could see that he was tiring and our time together was coming to an end but not before I moved him onto applying the skills sets to jumping the 6ft tabletop. It didn’t take Allan long to sail over it and the ease of it amazed him. The adrenaline from doing it took the last of his energy so he called an end to the session himself.
Awesome start to the weeks coaching.
High5!