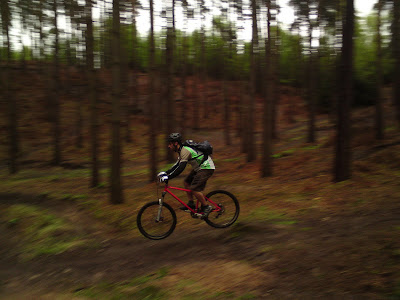 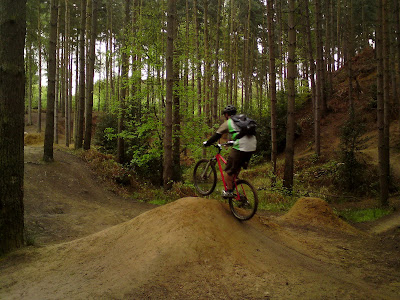 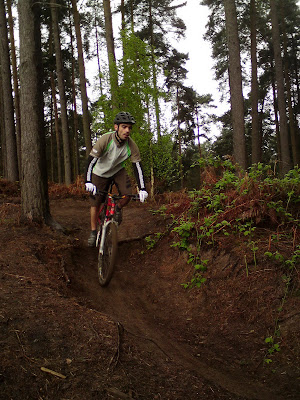 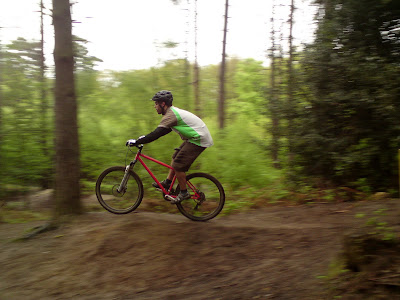 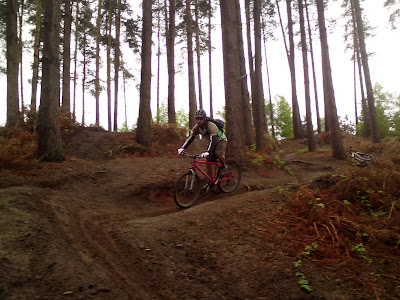 After going through the skills check with Andre, I worked on the faults I saw. Andre had cornering faults and wanted to learn how to jump. Now jumping isn’t for everyone nor is it something everyone wants to learn but my sessions are very reactive. This allows me to respond to the riders progression during our time together.
We began applying the skills to techniques such as pumping and un-weighting the front of the bike. We then moved onto the drop technique which Andre got the hang of using his new skill set very quickly. With this progress in mind, I moved onto the jump technique. I safely control the speed of approach of the jump section so it allows me to isolate the missing skills in the technique, this allows me to correct them without bringing the rider out of their comfort zone.
After jumping , we moved onto a trail and I broke the trail into three segments, isolating the sections within each one. We worked on Andre’s cornering , in particular his footwork and looking into the next. Gradually, he began to feel smoother and smoother as his speed increased and the skills became more in grained. We moved down to the next segment and worked on over lapping sections before moving onto the final segment with its drop sections.
Andre’s mental skills began to build up and his commitment was growing along with his confidence, especially when approaching the final drop section. We then stitched the whole trail together, each time the run was more fluid and controlled.
Before our session ended, we moved to another trail. I worked with him on line choice in tight corners and carrying speed through.
All in all, it was a very good day and I await Andre’s feedback on his future rides with anticipation.