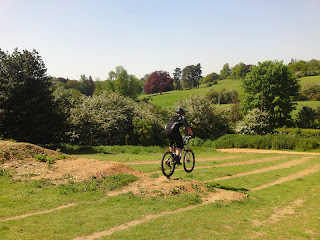 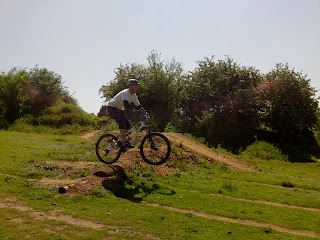 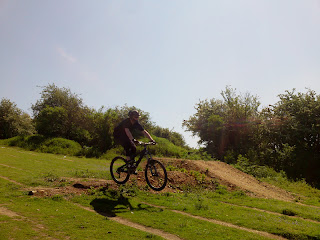 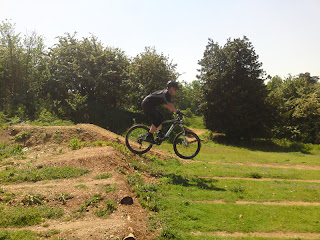 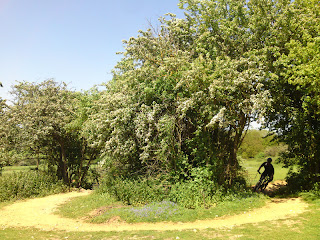 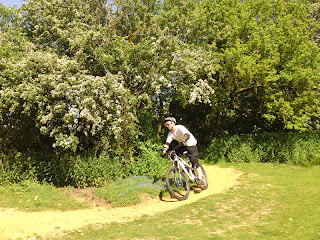 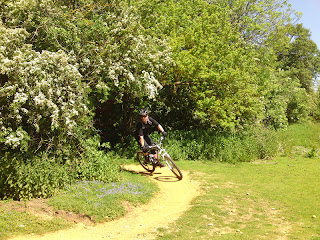 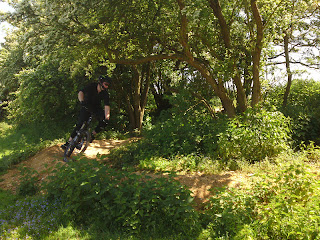 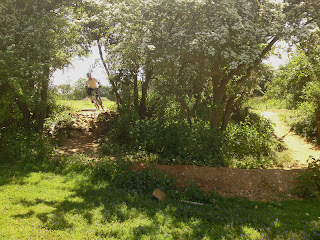 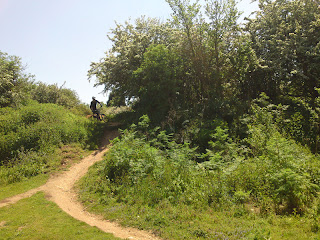 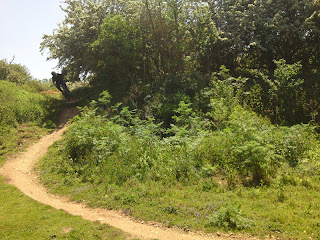 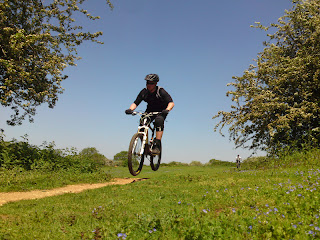 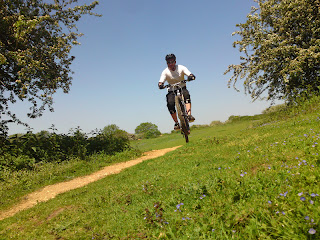 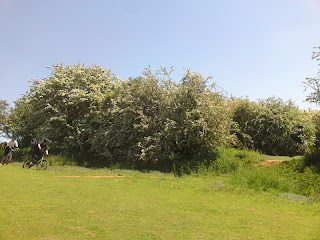 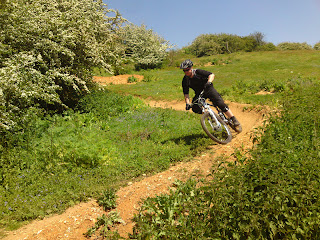 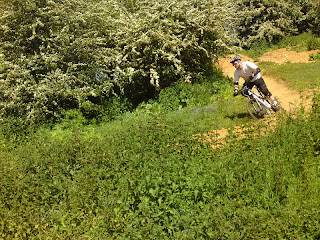 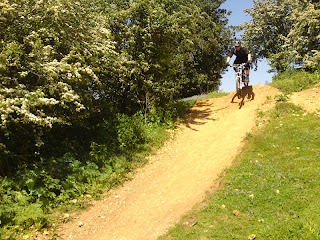 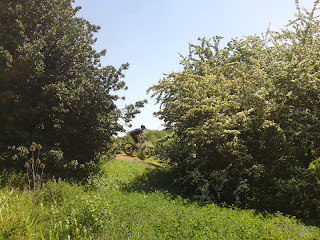 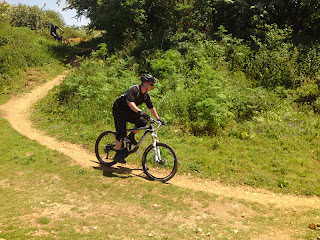 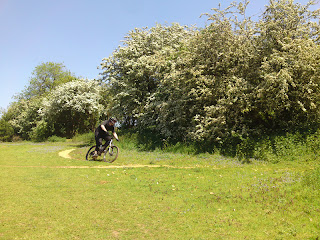 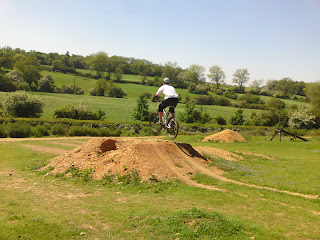 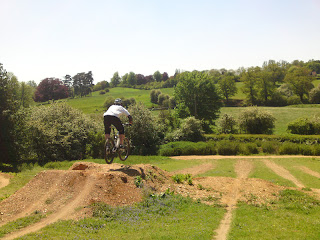 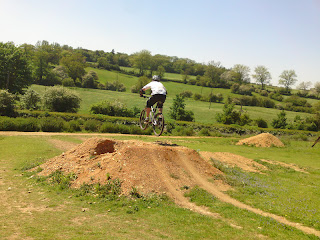 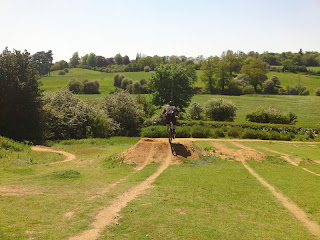 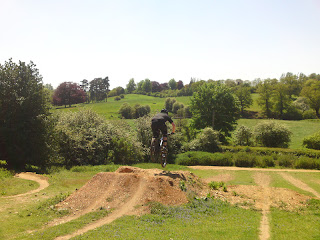 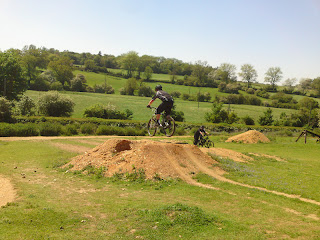 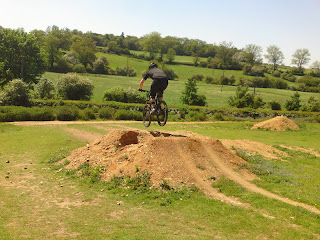 Andy, Adam and Chris found out about my coaching from the bikeradar forum that I frequent (among others) and turned up for their session as arranged. I ran them through my skills check and found that they needed work on looking and their body positioning, so I made some set up changes to compliment this and then set to work.

To their surprise, we began with the drop technique and I worked on their mental skills here too but before long they were landing perfectly on all 3 drops. They looked over at the 6ft tabletop and said no way to that but That would change in the course of the session 🙂
We moved onto the skills trail and I broke it into segments so they could focus on small chunks of the trail before linking the whole trail together.
Pumping, rock gardens, steps, fly out jumps and drops were linked to flat, bermed, off camber and switchback turns. As we worked down the trail their speed and control was awesome to see as they confidently rode the trail. I worked hard on barking control and line choice and before long they were flying down the whole trail with smiles on their faces.

The heat of the day was punishing and I could see they were tiring but I had another card up my sleeve, the 6ft tabletop. I demonstrated and in no time at all they had all flew over it , landing perfectly. Chris even used his mental skills to ride the 6ft gap jump side too!
Our session ended as mental tiredness hit and they had nothing left so we retired to the shade and a cold beer to celebrate an awesome session.
High5!