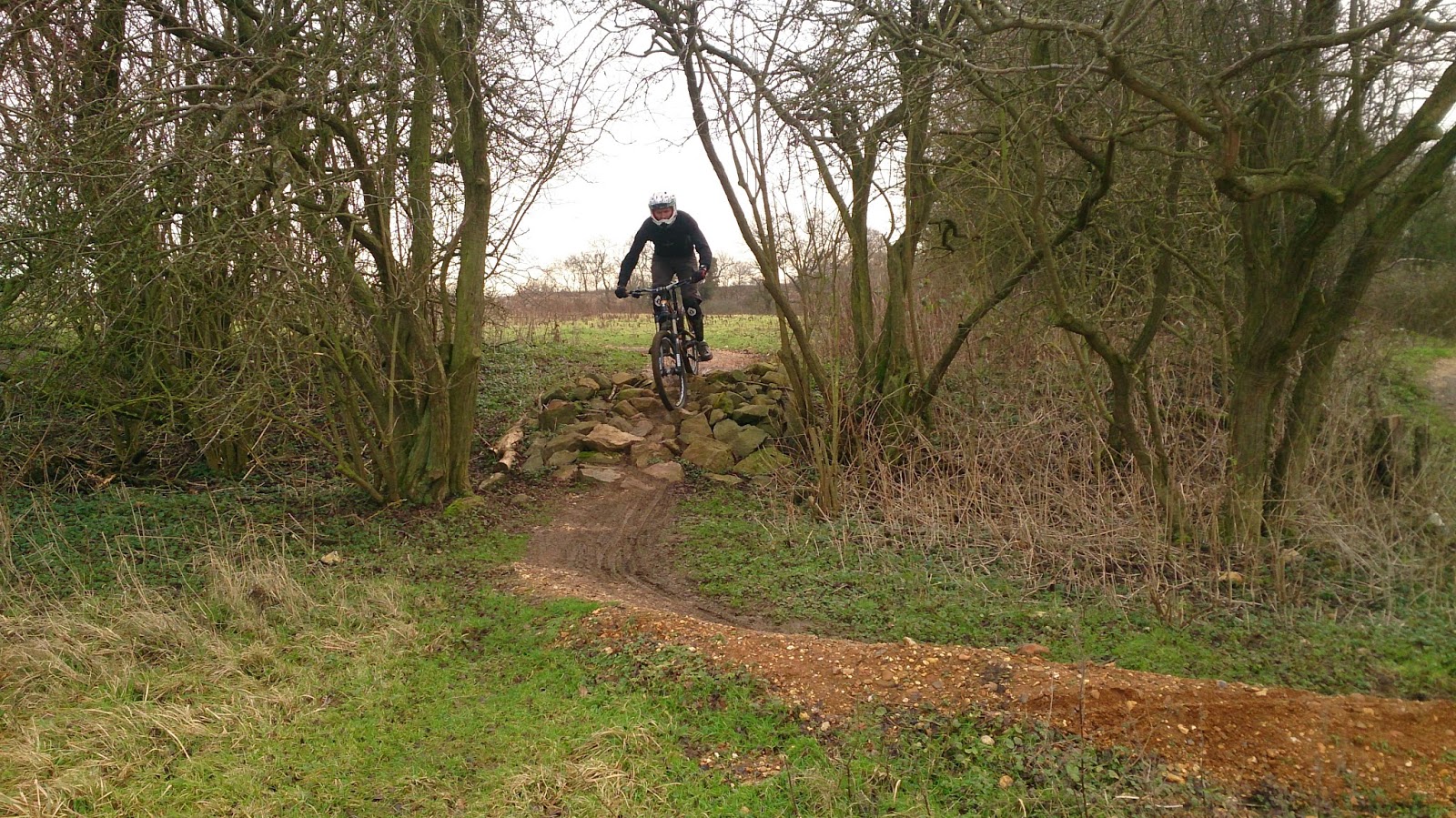 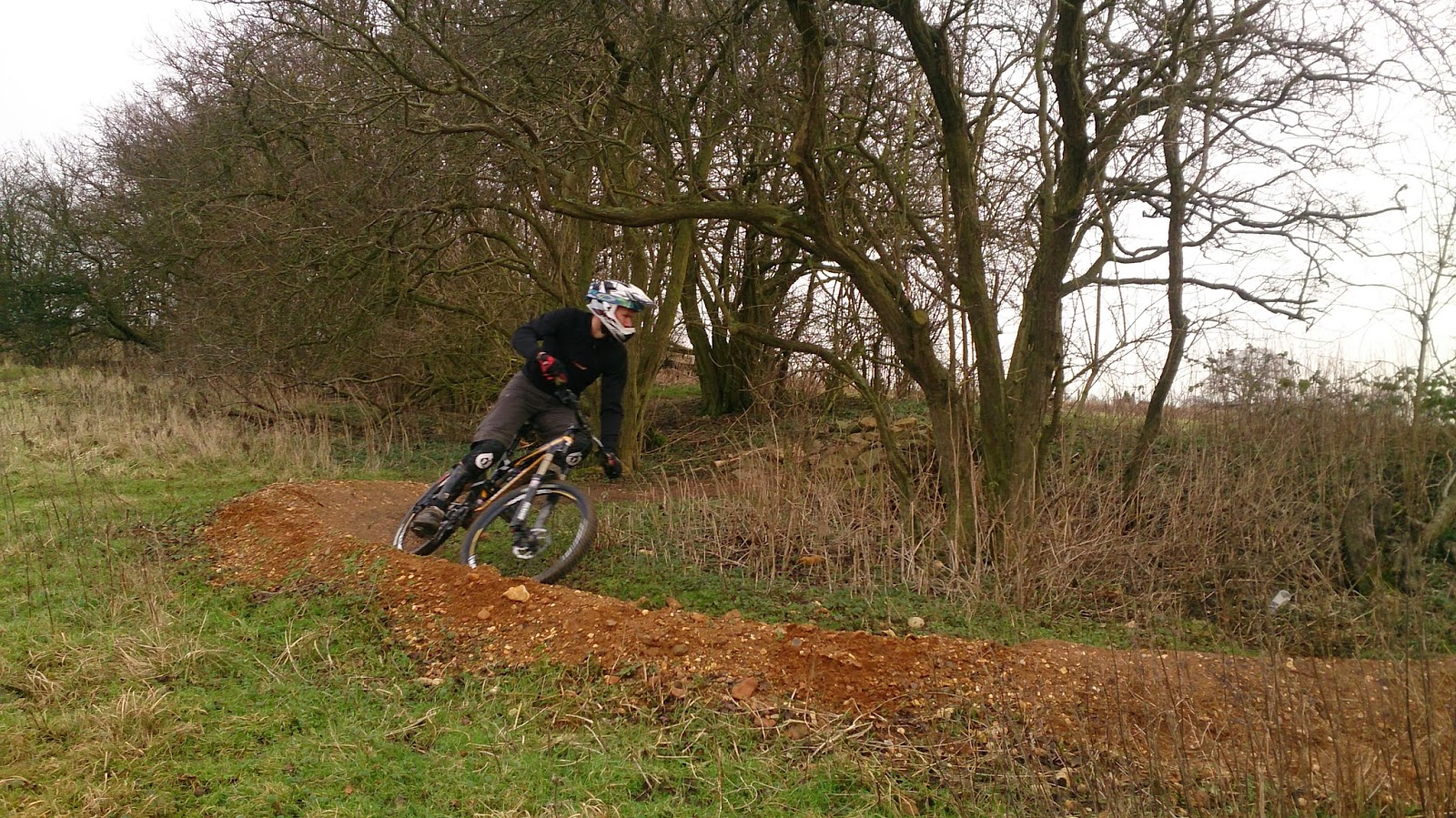 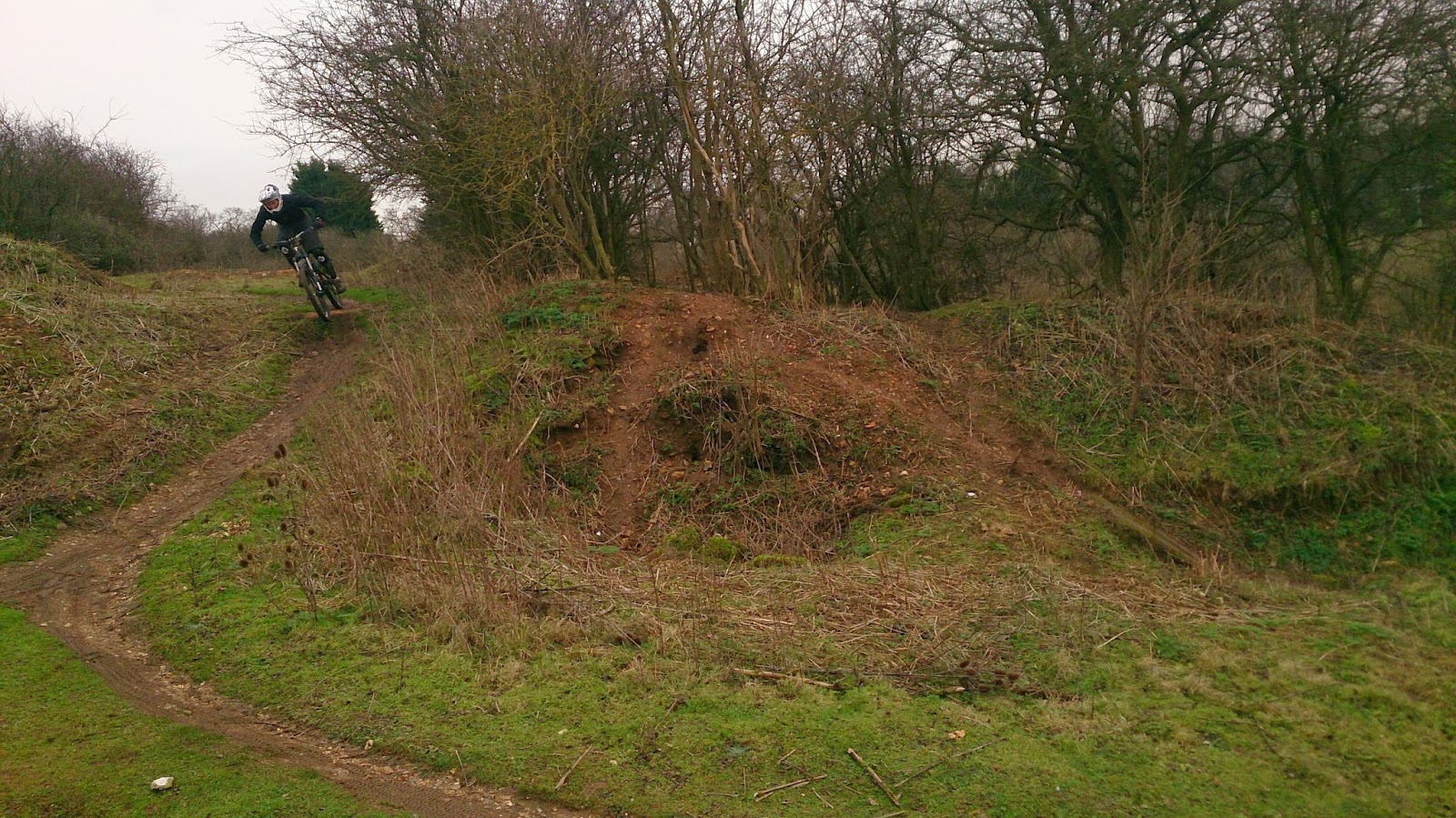 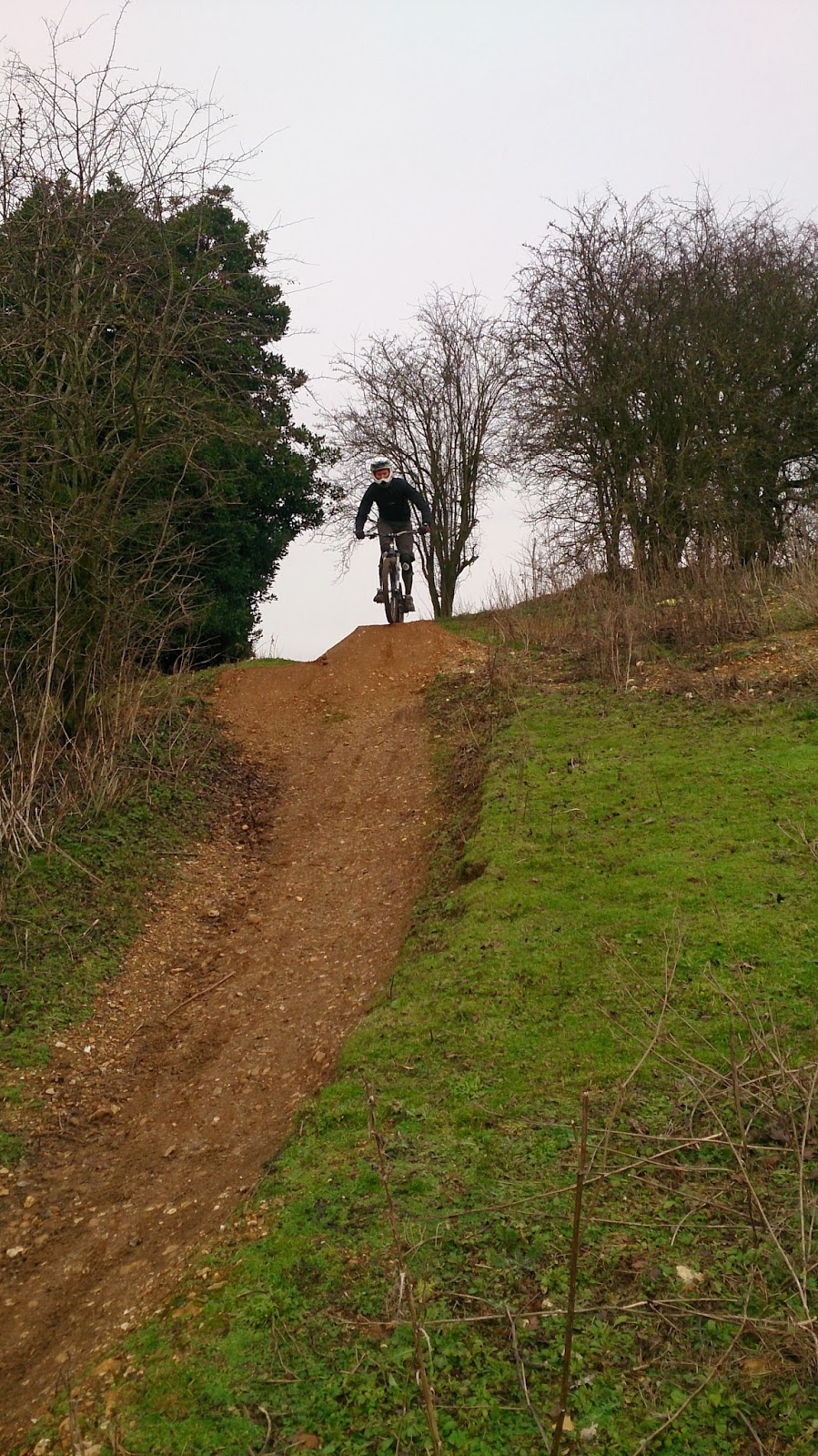 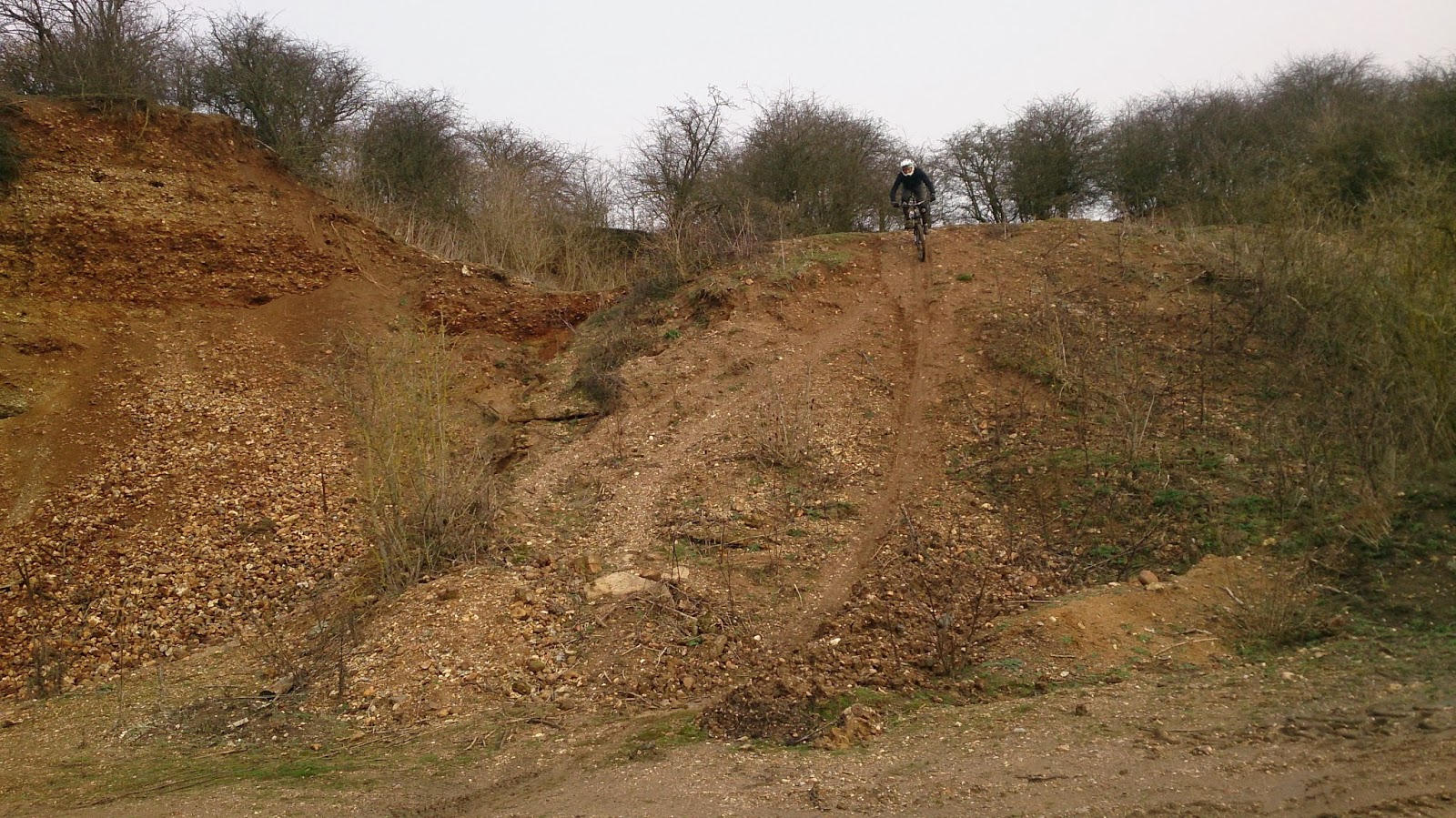 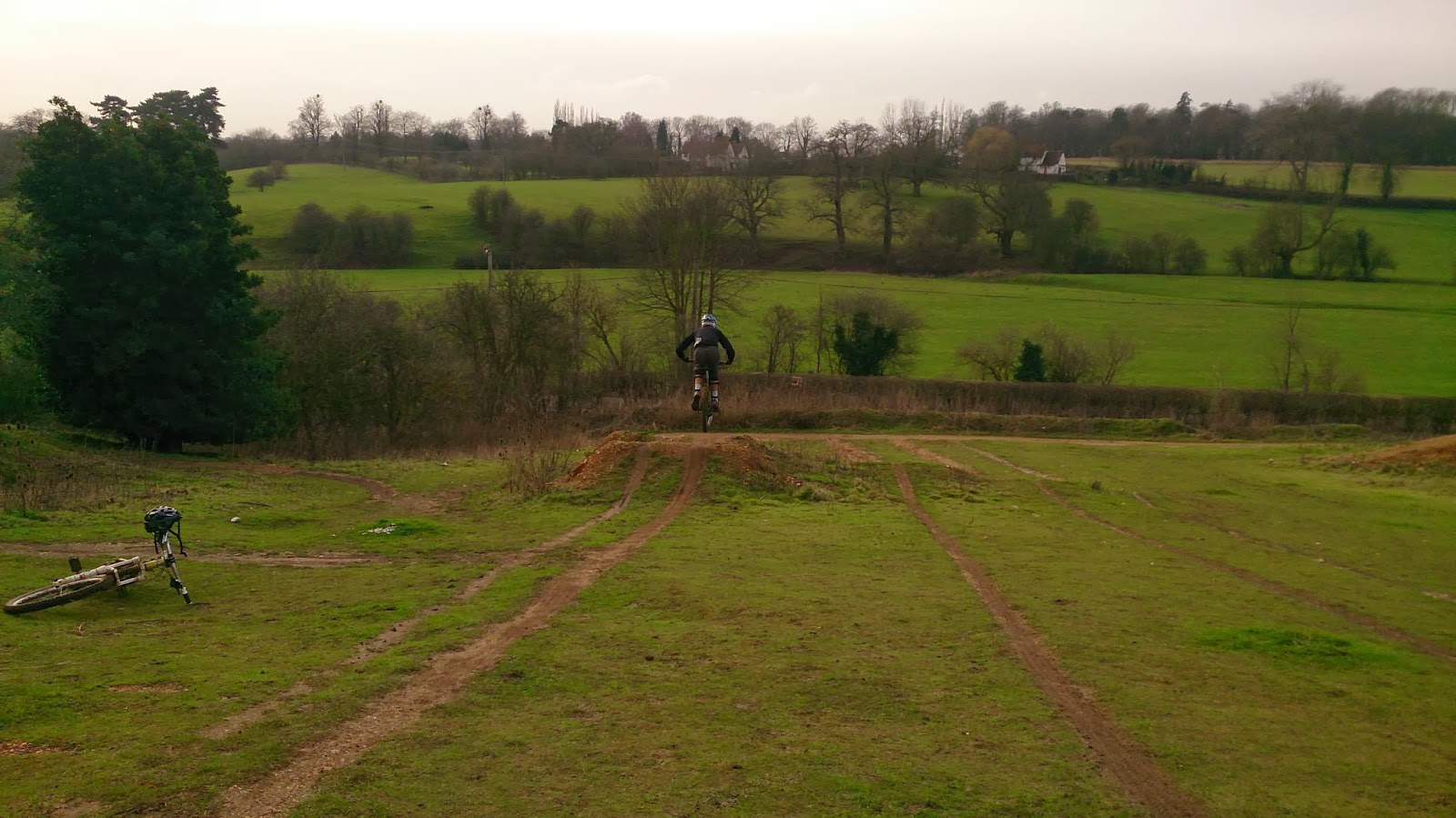 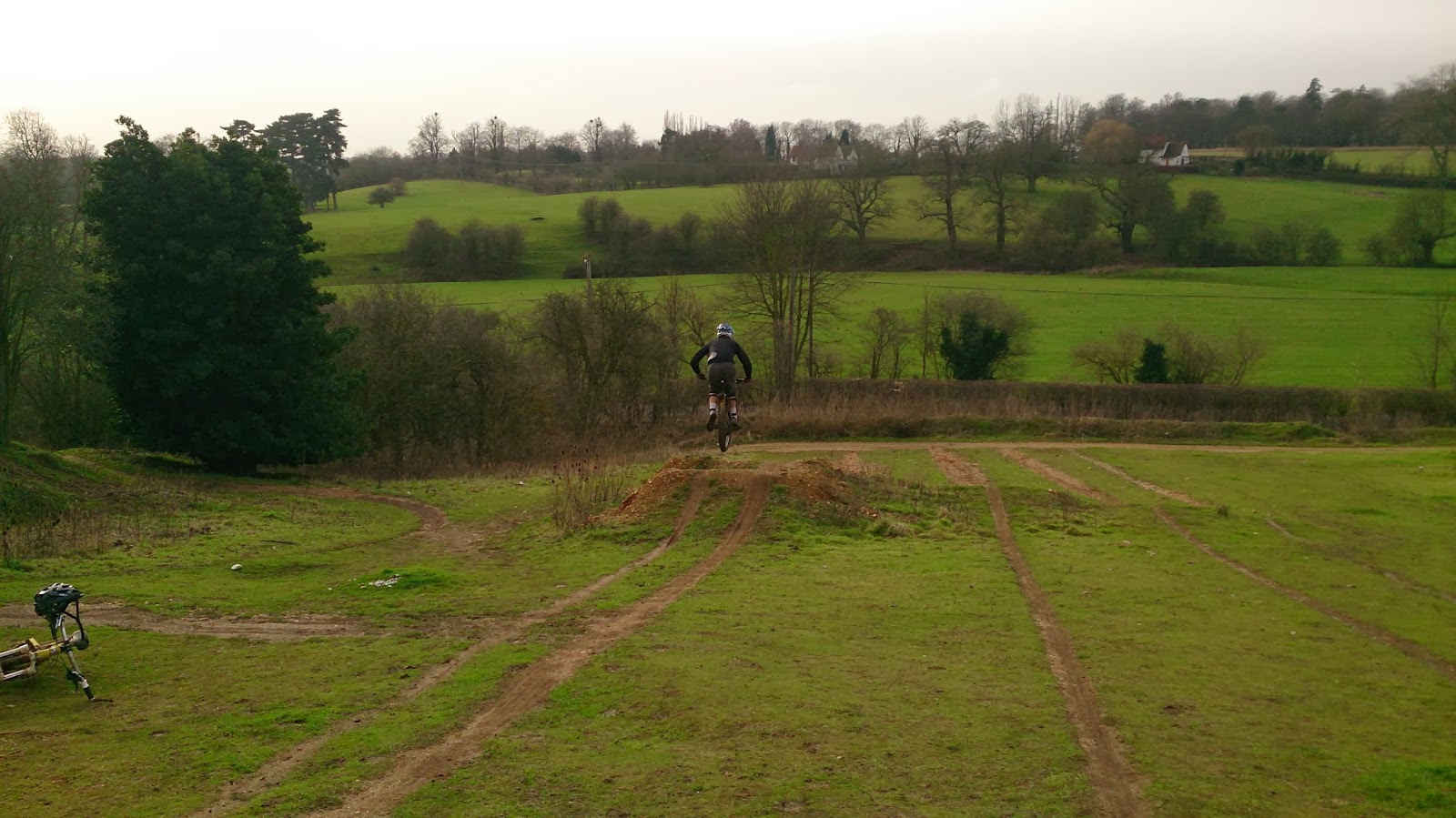 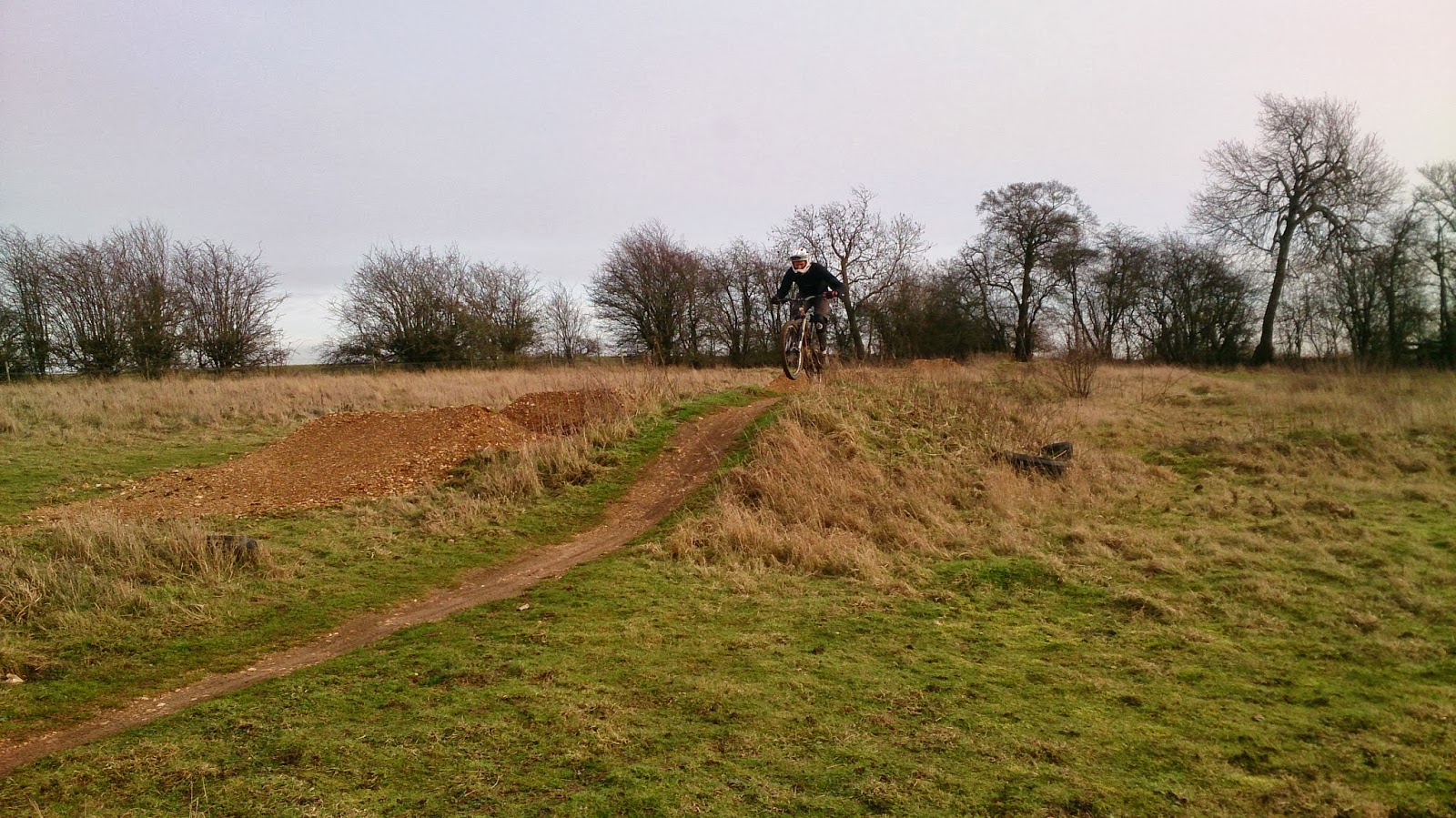 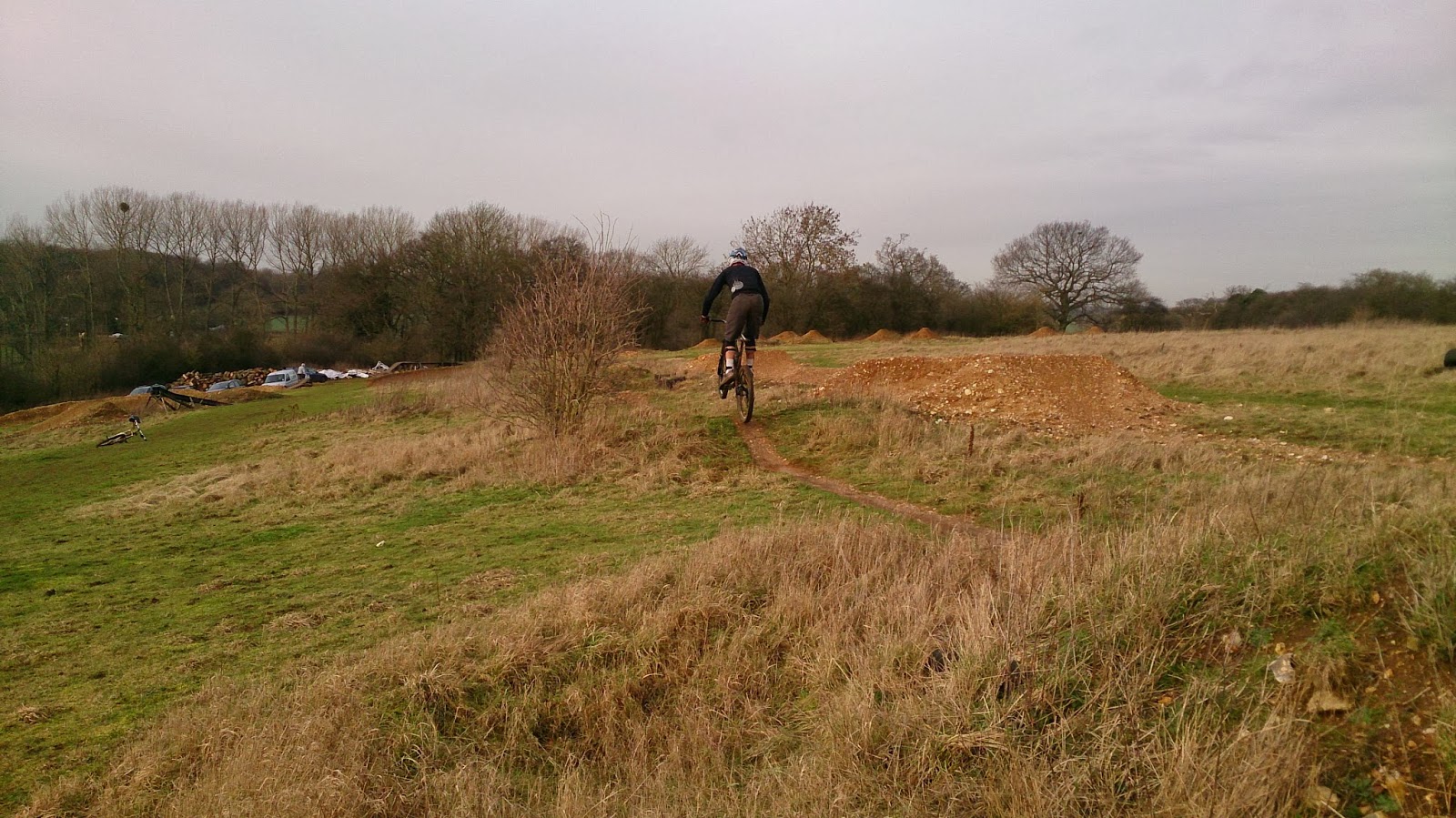 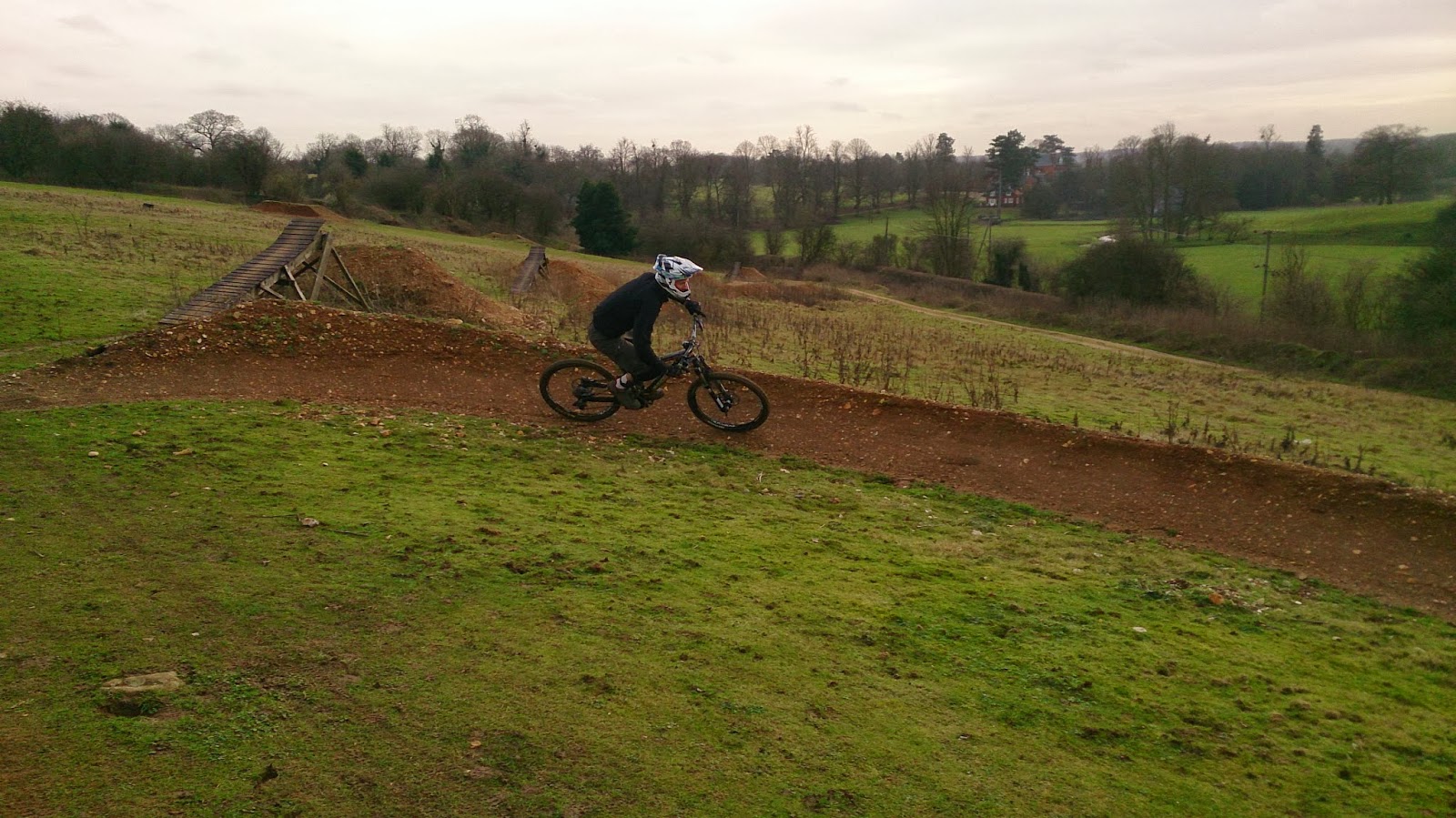 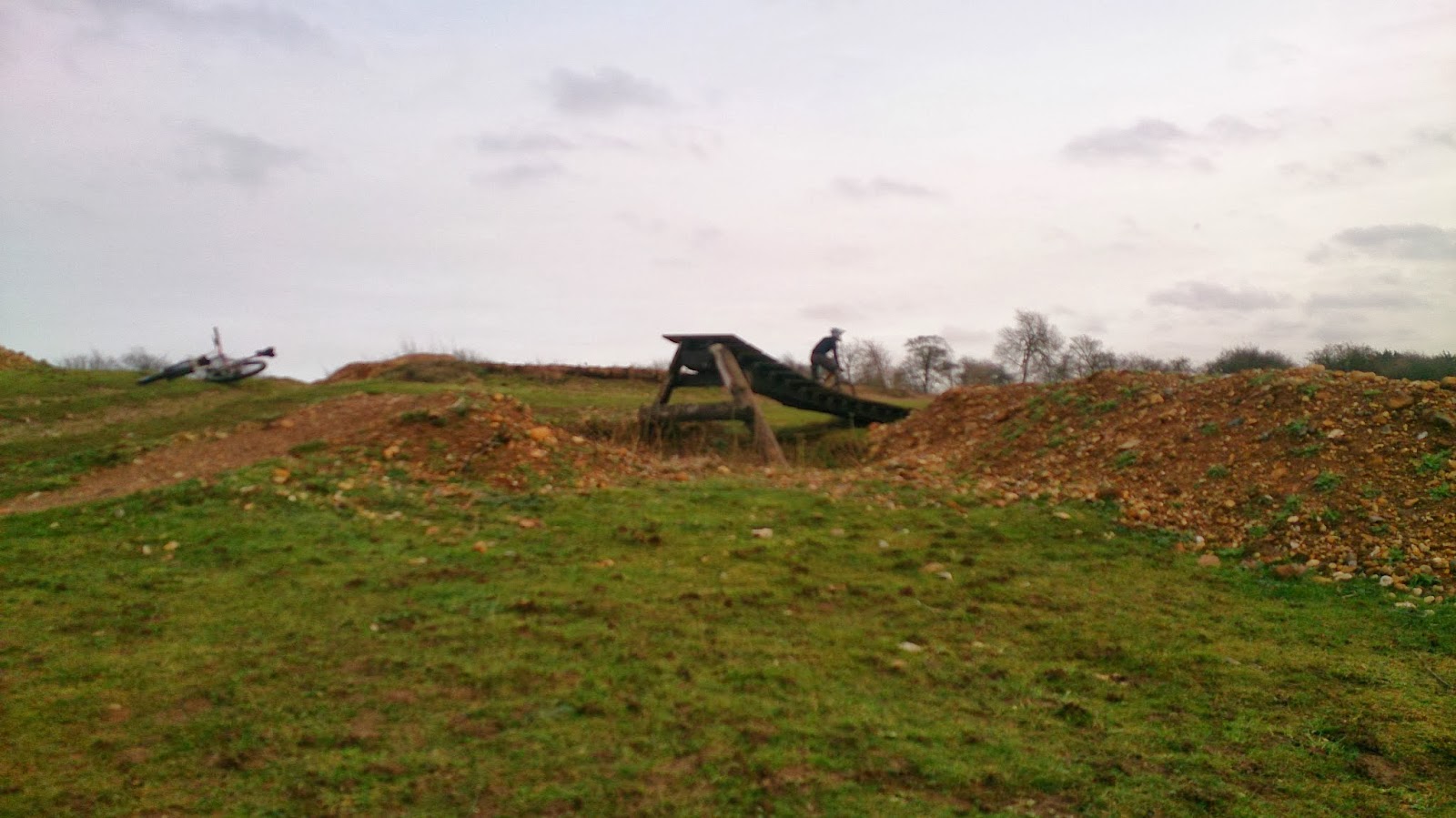 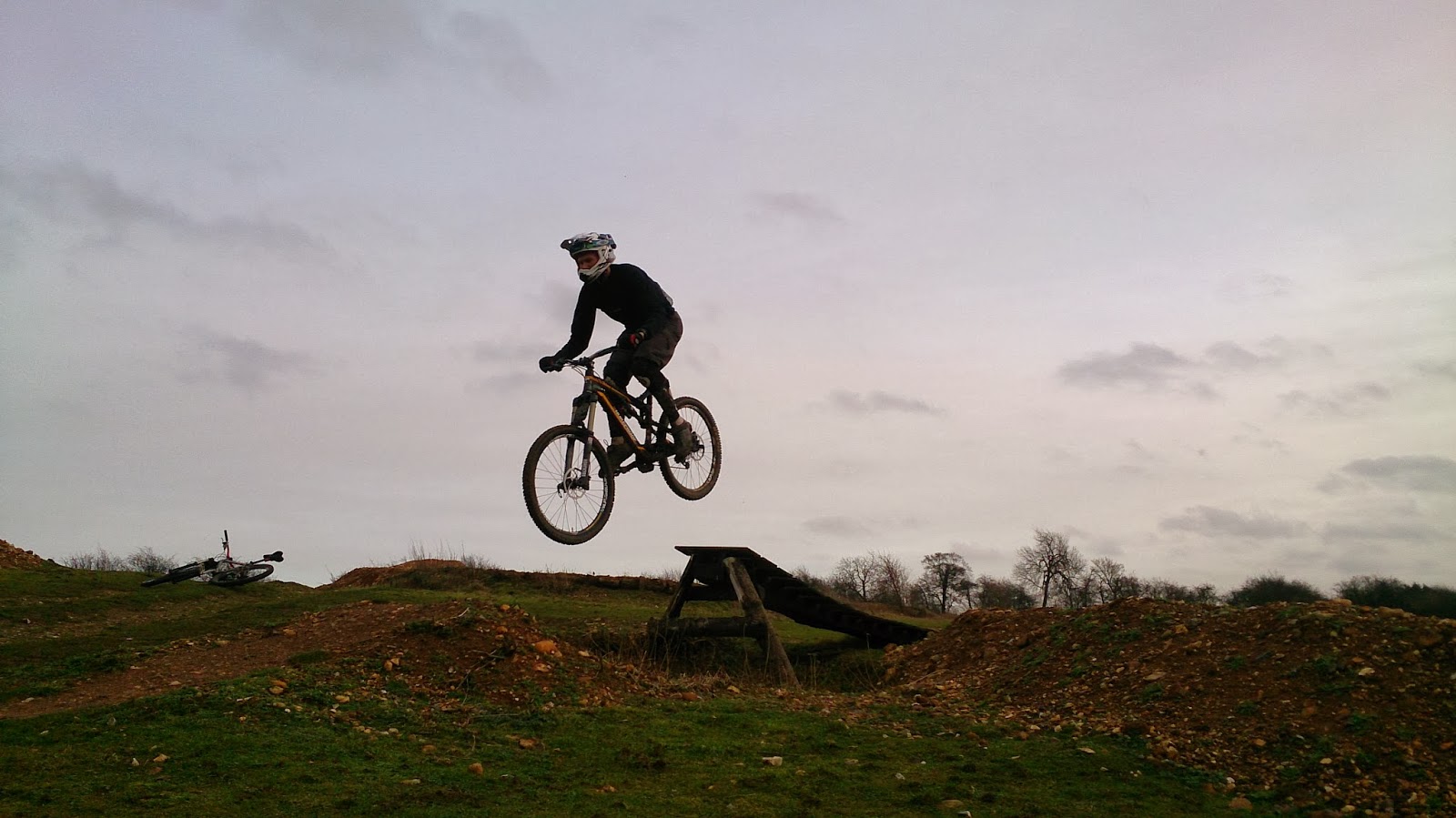 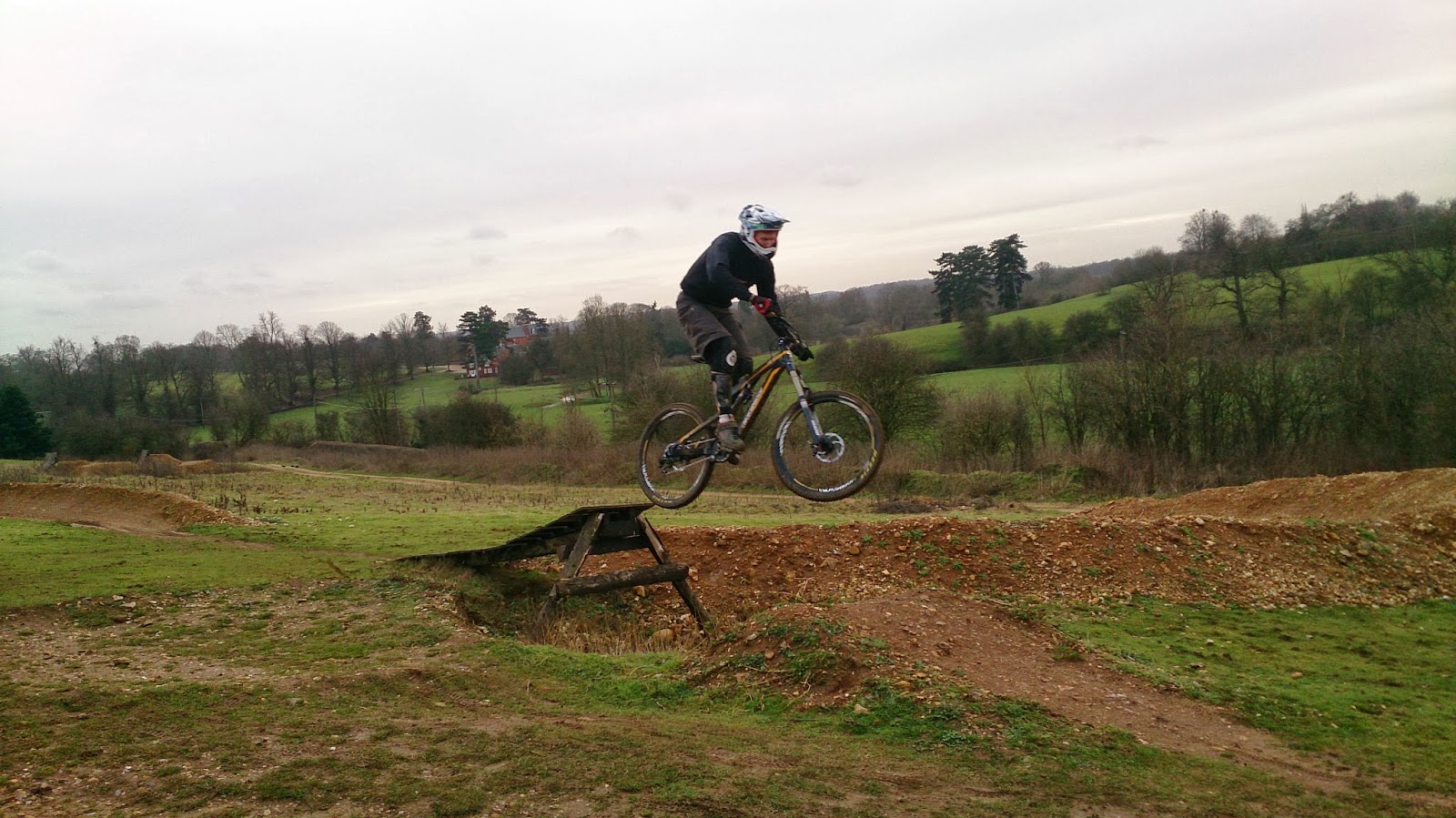 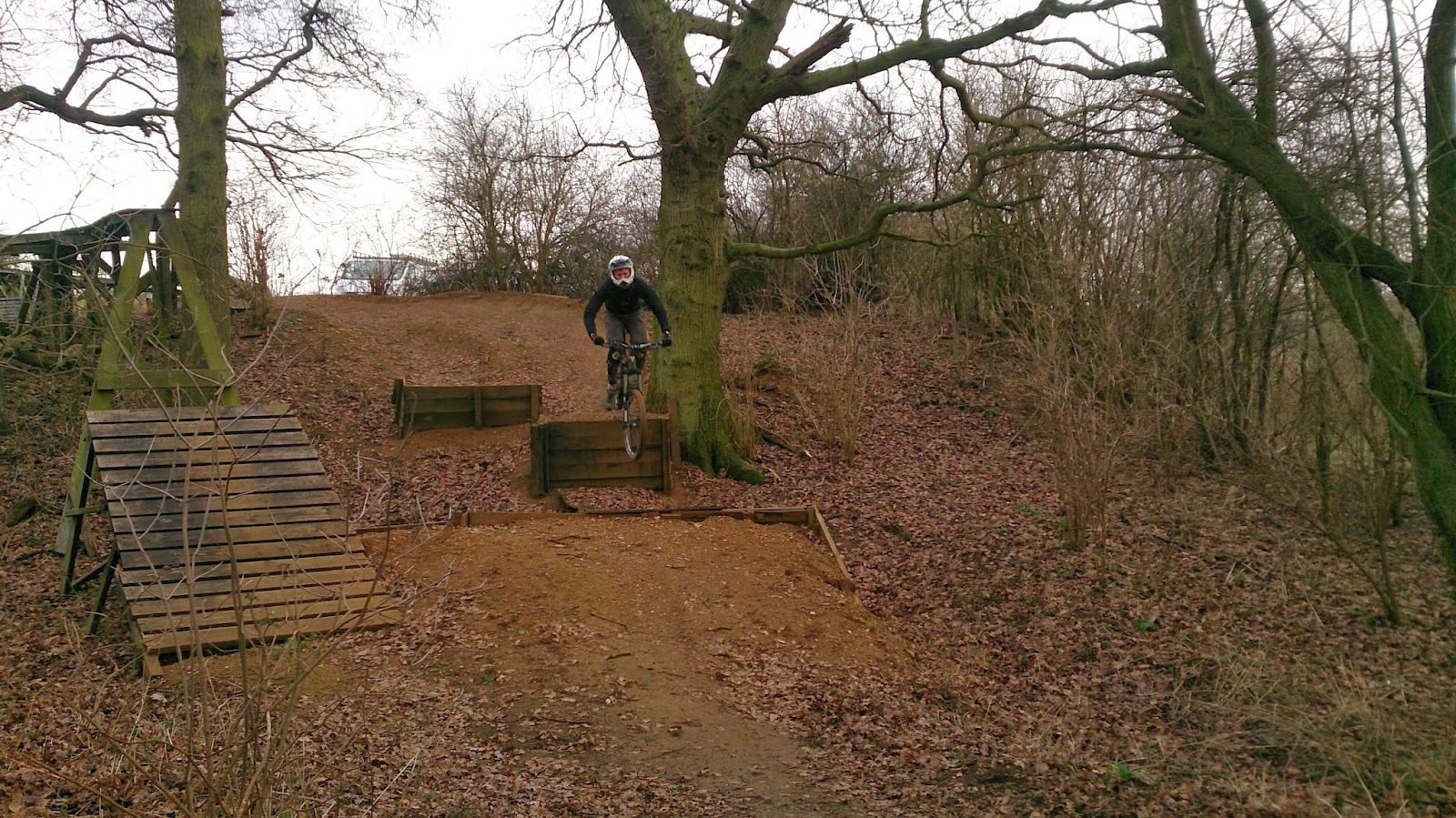 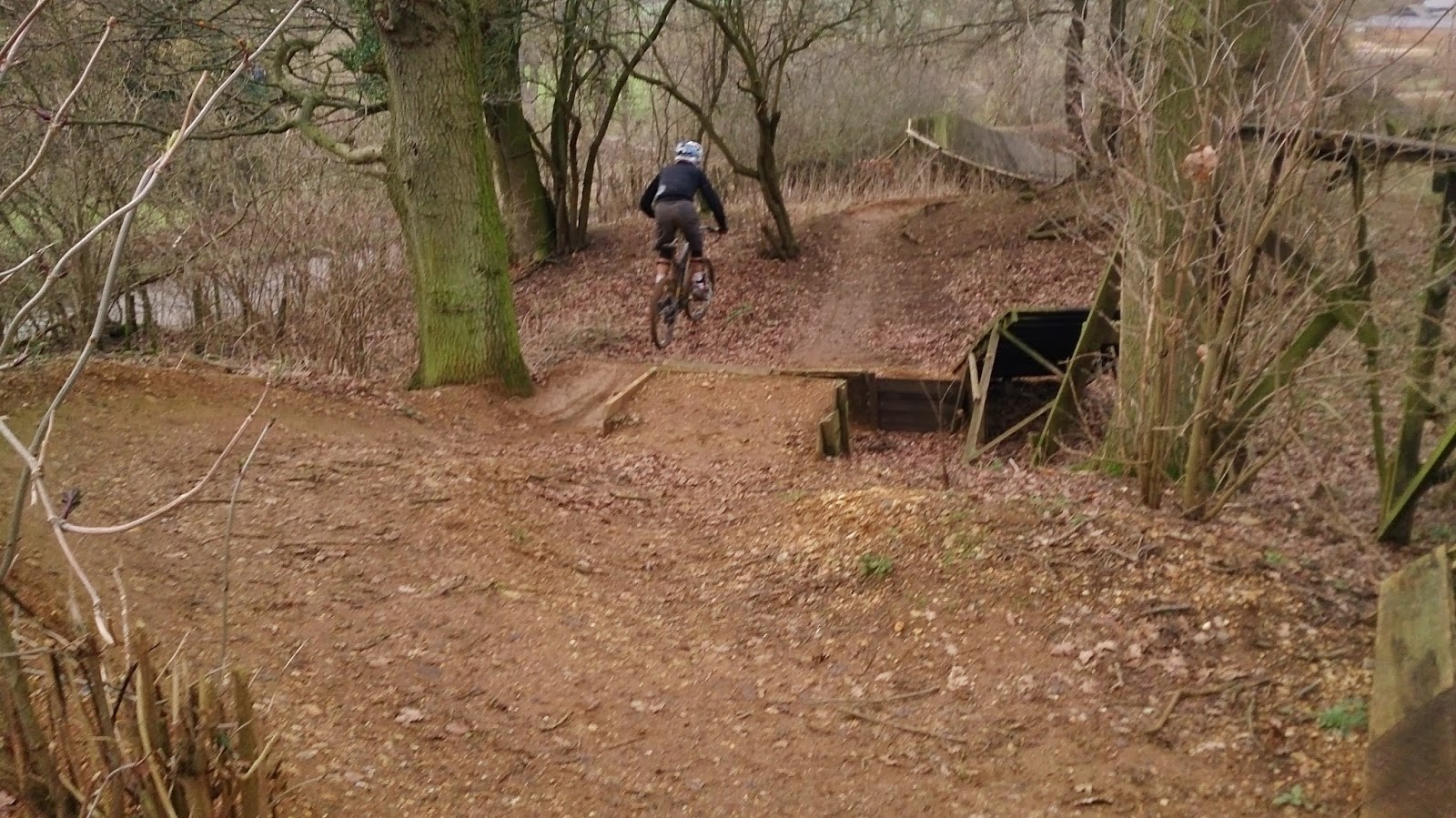 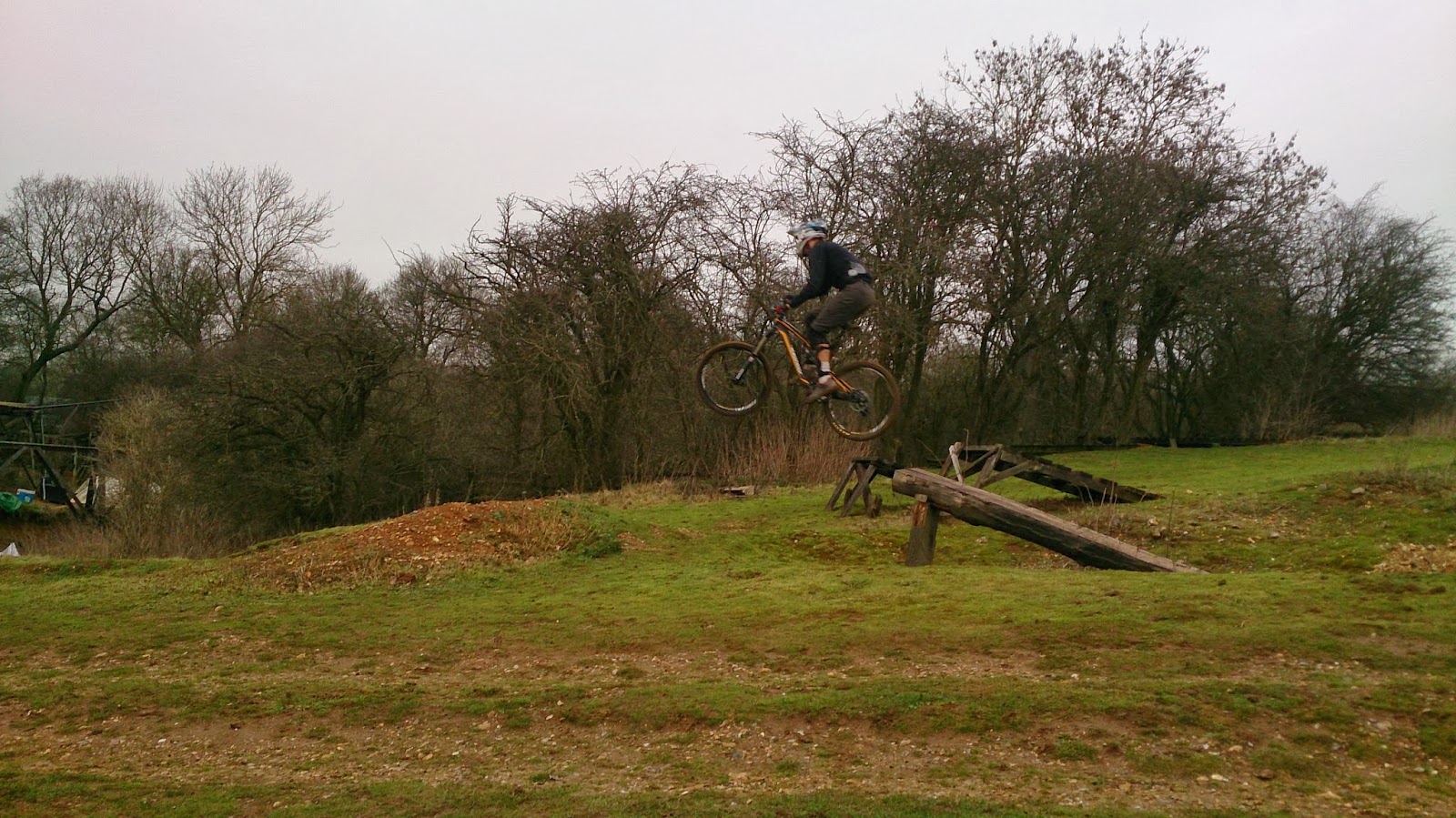 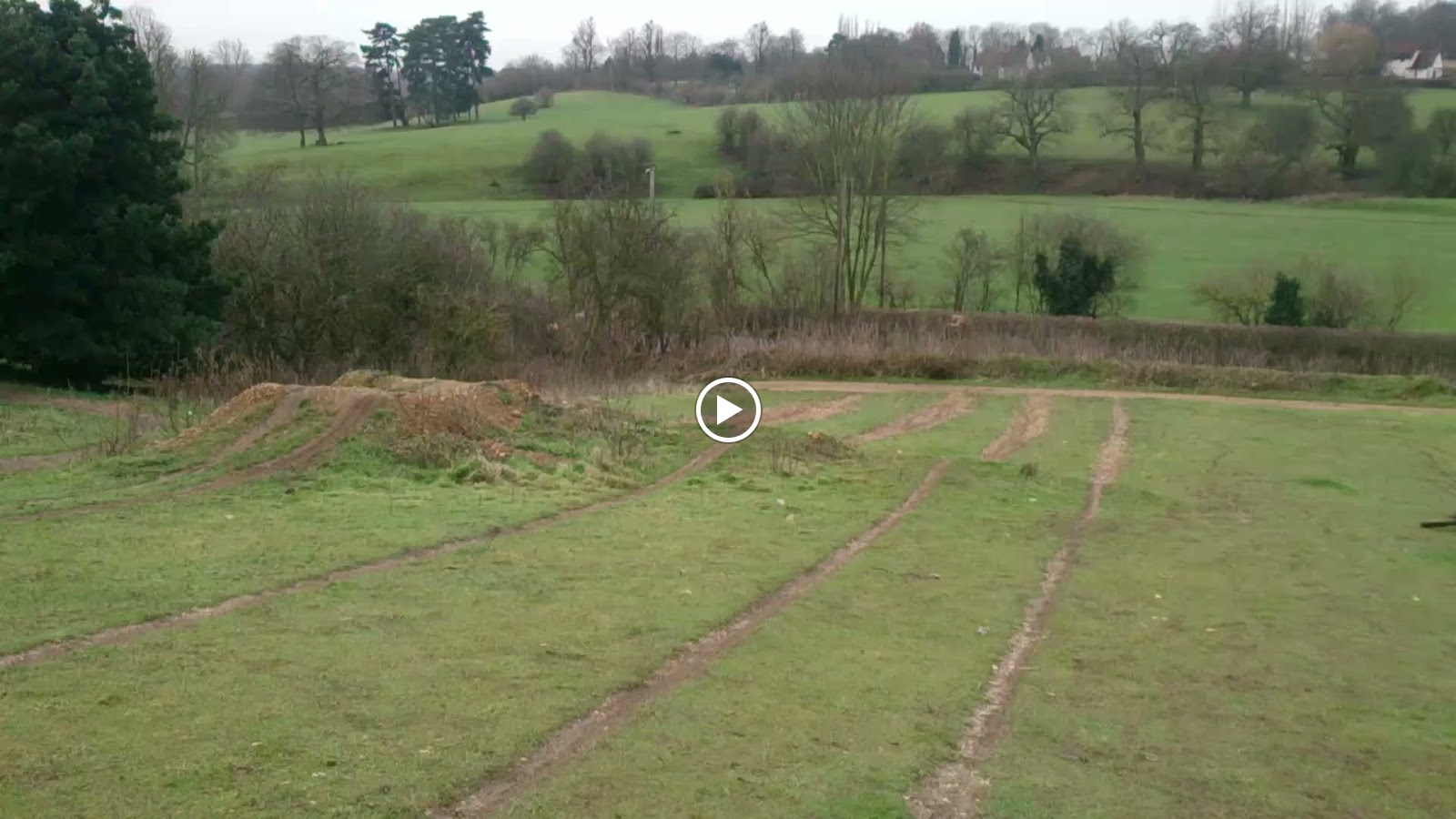 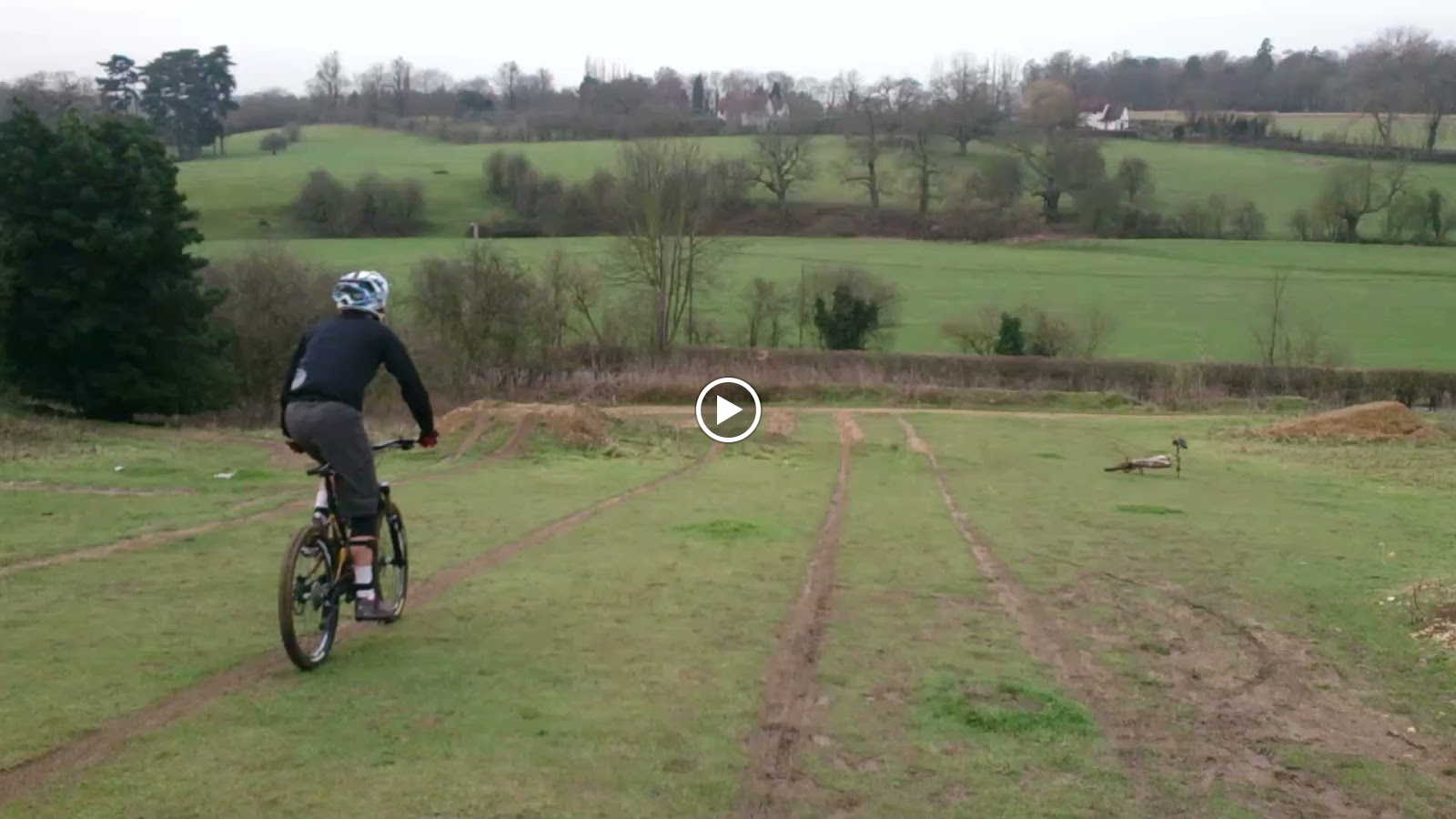 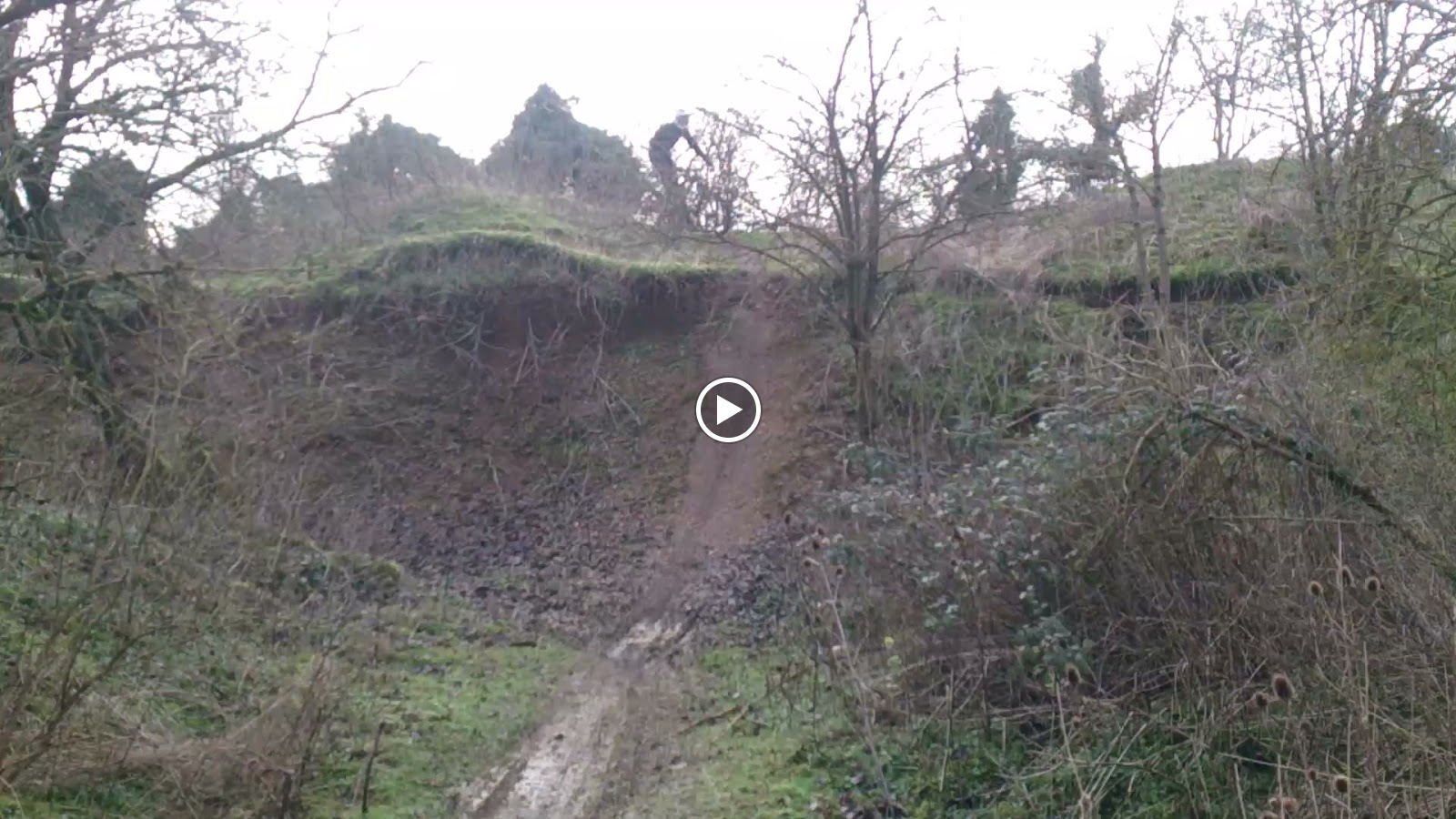 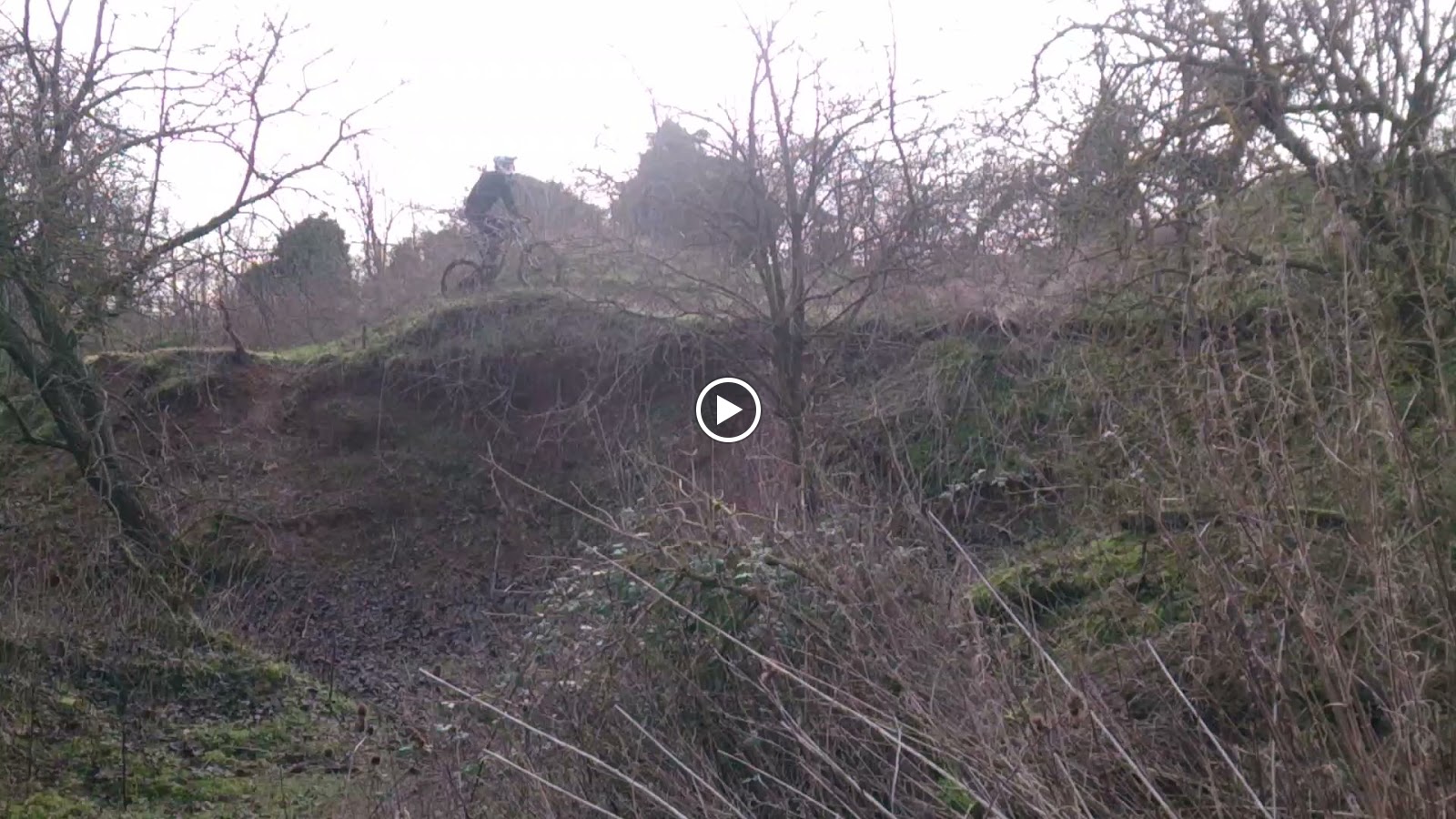 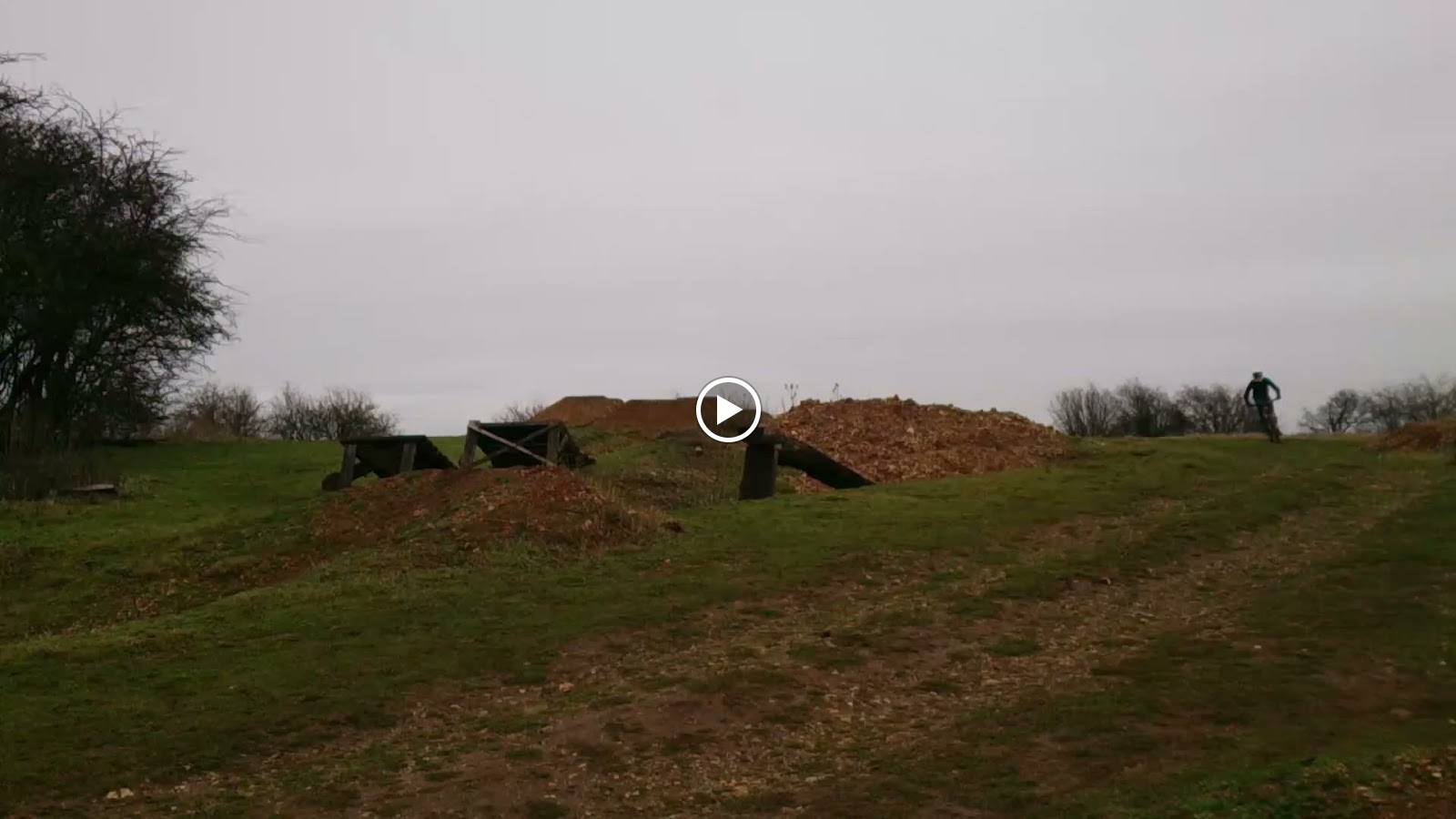 What a session this turned out to be. We began as ever with the skills check and I found footwork, looking and body positioning needed serious work and Andy’s desire to jump big gaps seemed a big ask to him……
The drop technique flew by and for the first time ever , he was able to begin to style it in the air. Onto the skills trail and before long he was riding top to bottom and linking the 14 sections together easily and recognizing any errors too. We worked hard on his cornering and it showed, as he was flying through turns he’d previously have crept around.
I moved onto riding near vertical drop offs and I demonstrated 3 ways of riding them and he had no trouble now that his physical and mental skills had began to settle in with the techniques.
Andy was now grinning ear to ear as we moved to the 6ft tabletop and gap jump and now he needed far less speed than he ever thought to clear both jumps easily as his new body positioning paid dividends.
We moved to the pump and jump trail and worked on pumping and jumping sections of the trail and soon he’d linked 2 berms into the line and a 7ft ladder gap that followed. I showed him a 9ft gap could be linked to tht line and he flew over it time and again. An issue began to appear as his bike seemed to kink beneath him when he loaded it and it proved to be a hub and main pivot issue and that on a 2 month old bike! This didn’t deter him from riding the final section of the session,a 13ft gap jump from woodwork to dirt landing. The whoops of joy as he sailed over it was such a buzz for me too as the whole session gelled together.
Our session ended after 5hrs and I cannot wait to hear of his future exploits.
A great end to a week of coaching.
High5!