Andy’s one to one session 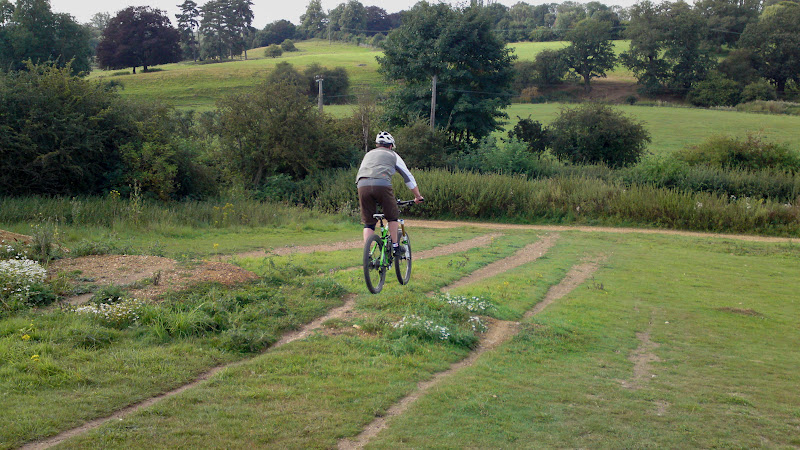 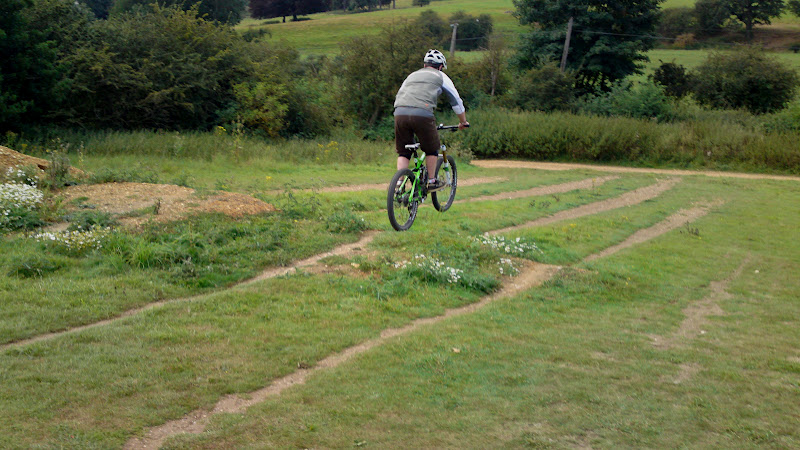 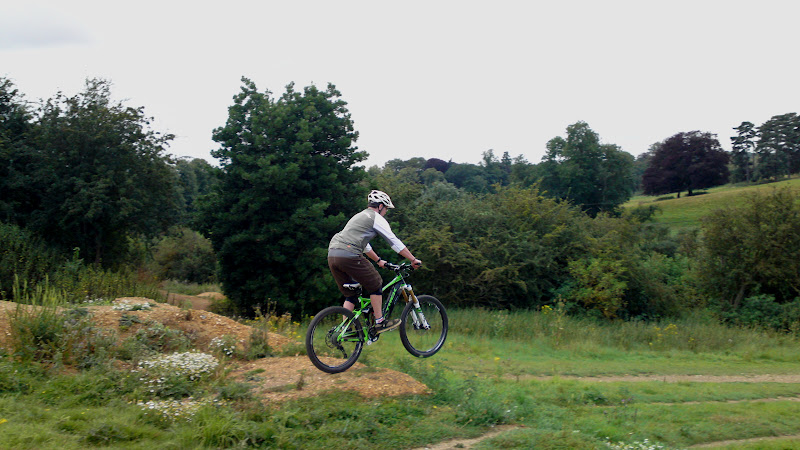 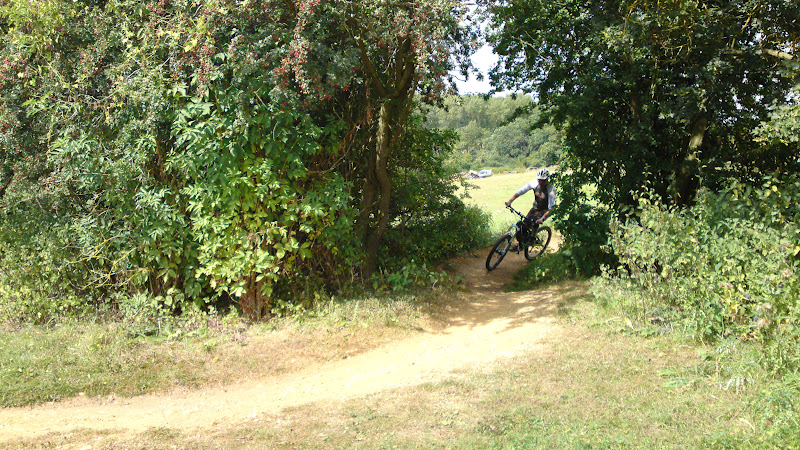 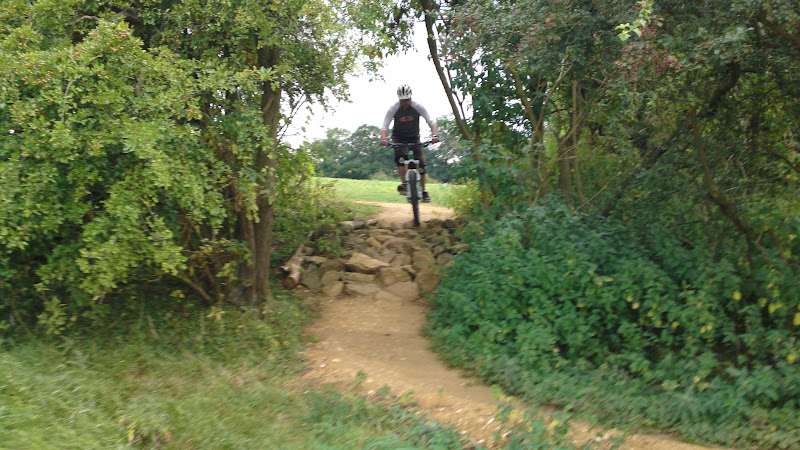 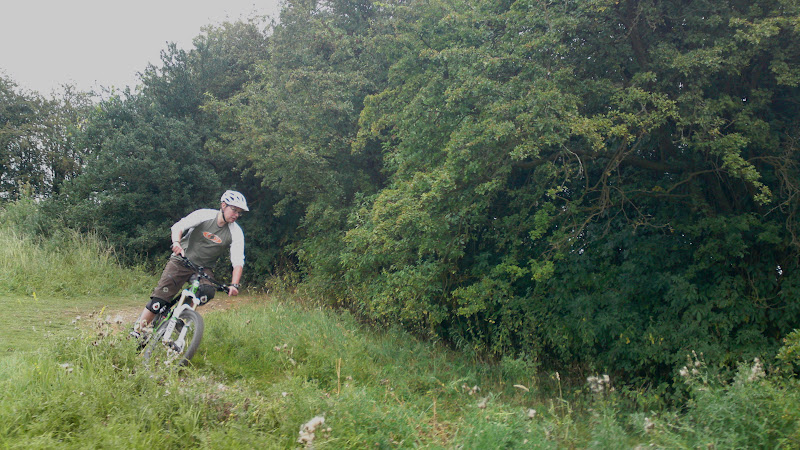 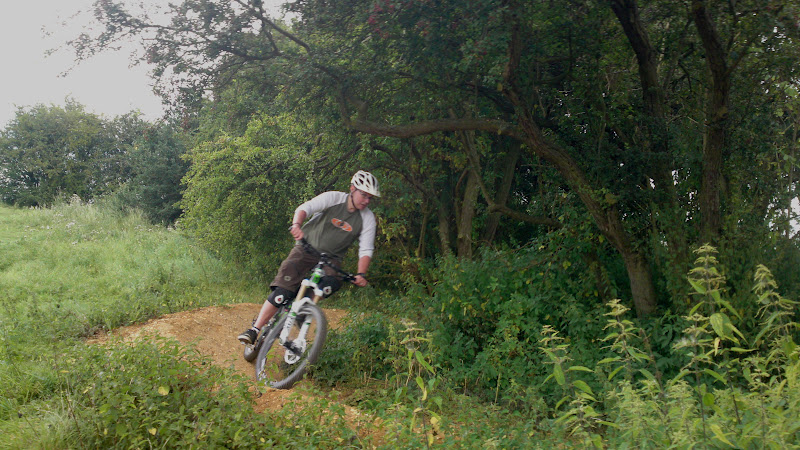 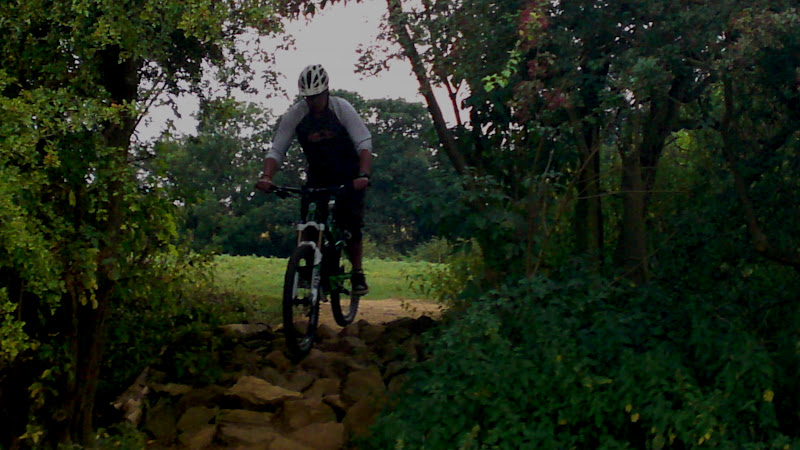 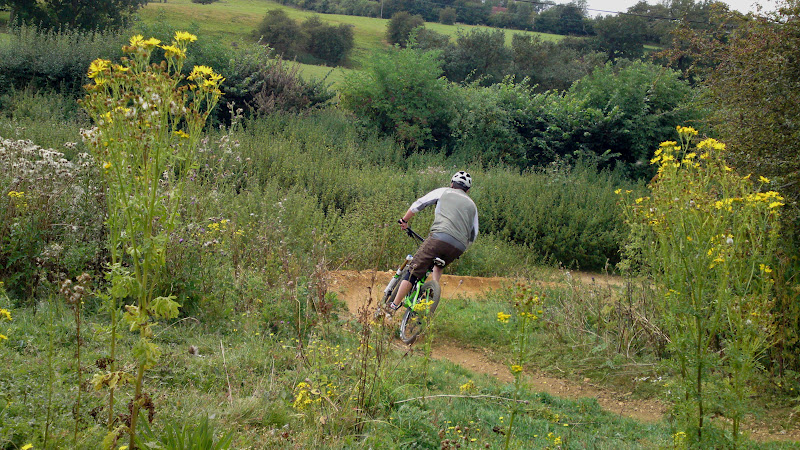 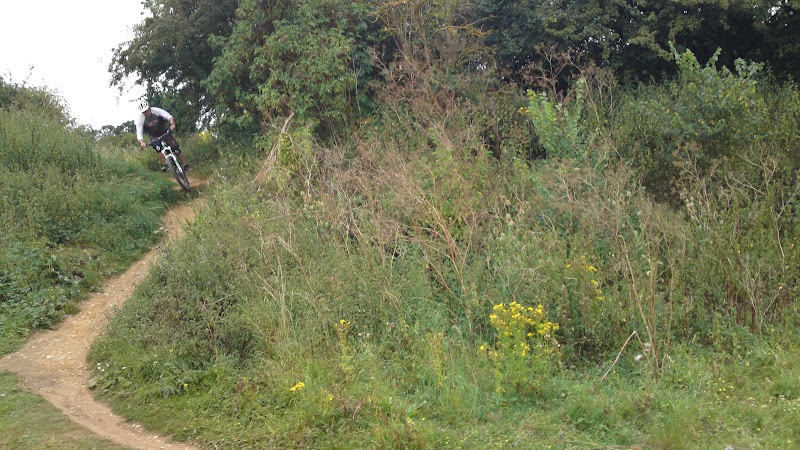 Andy grew up in the same place as myself, Enfield and it was nice to share the session with him as were are the same age.I ran him through my skills check and  I found he needed work on his body position and looking and was later to find that his footwork wasn’t an unconscious action yet so worked on that also. I set up his new bike too and put him in a better position.
We began with drops and also I worked with him on riding in flat pedals too. It didn’t take long for Andy to land perfectly and comment on how easy it now all felt. A cornering excersise was next to help him feel more grip before finally going the the skills trail itself.
Pumping, flat, bermed, off camber and switchback turns were linked to rock gardens, fly out jumps, drops and steps. We took a break to allow the learning to settle in more before moving down the trail, always adding the previous sections to the next and linking them using the identified braking areas. I worked on braking technique and line choice especially when linking drops into corners and soon he was riding the trail end to end smoother and faster than ever before. Every run was less hurried and confident than the previous and any errors were now being self diagnosed as Andy now knew why it was right or wrong.
After 4 and a half hours Andy called an end to his session and said that he now understood what mental fatigue was. Great session homeboy!