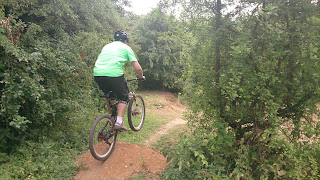 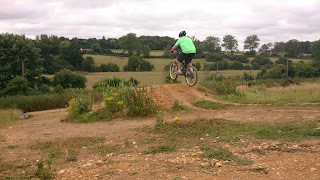 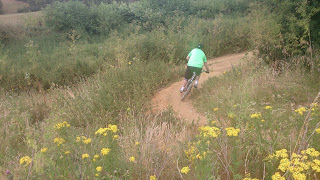 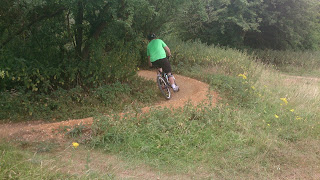 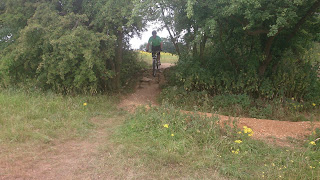 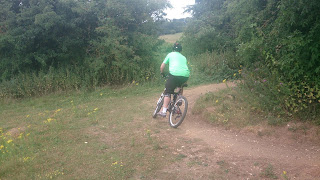 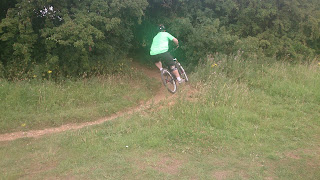 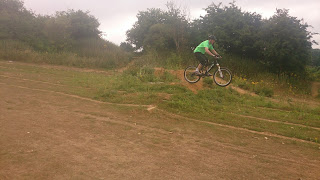 Dave arrived as planned, and I started the session with the skills check where I discovered that I mainly had to work on looking, as well as a bit of body positioning. He soon understood what
was needed, and was able to demonstrate this well. After a slight set up change, we moved onto the drop technique. Here, I told Dave about the mental skills set, and he used this to be able to ride off the largest drop comfortably. I then gave him a quick cornering exercise, to further develop his body position, before moving onto the trail. I split the trail into 4 sections, and we focused on each one individually, and then linked them together. Dave was riding both flat and bermed corners, rock gardens, fly outs, steps and drops, and began to self
diagnose his mistakes. After a quick bite to eat, I showed him the tabletop. Here I controlled his speed, where I matched his jumping technique with his speed, and he was soon landing perfectly down the other side. I then moved him onto another trail, where I demonstrated pumping, and how it can be used to generate speed to jump a given distance, and he was soon riding the length of the trail comfortably. I could see he was tiring, so I finished the session by showing him another little jump, where he again controlled his own speed to jump a certain distance. Over four hours since we started, our session came to an end, and I look forward to hear how the ridings going.
great session Dave!
Nath.
By Tony Doyle|2013-07-20T15:27:00+00:00July 20th, 2013|Uncategorized|1 Comment