Bringing out the skills in Roald 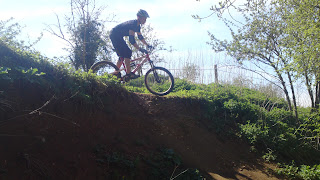 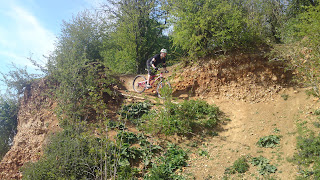 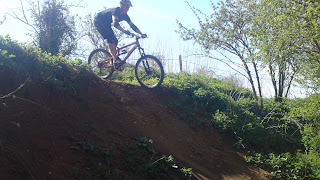 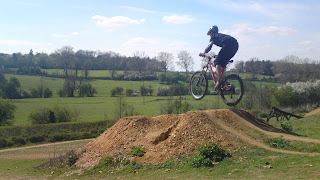 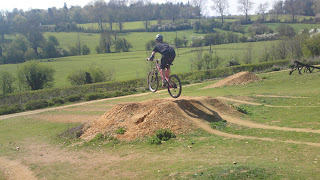 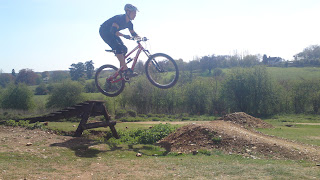 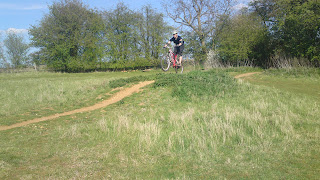 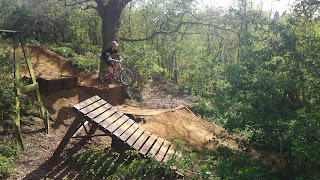 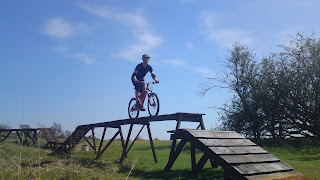 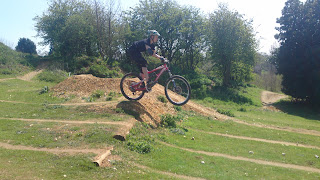 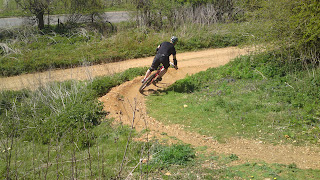 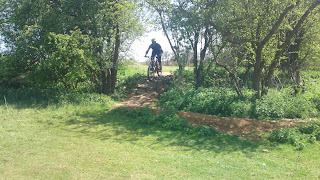 We started the session with the skills check where I discovered that Roald had perfect footwork, but I needed to work on body positioning and looking, so I set to work, and he quickly understood what was needed, and was soon cornering perfectly. He then showed me that he knew how to un-weight the front wheel and I just needed to correct looking. After a few set up changes, we moved onto the drop technique, where he was quickly riding off the largest drop and landing perfectly. He even began to style it up whilst in the air. I then showed him the skills trail, where we linked both bermed and flat corners, rock gardens, fly outs, steps and drops, and he was soon linking all these together, flying down the trail. After a quick lunch break, we moved on to rolling down steeper things which he did without worry, and was soon dropping in sideways. I then showed him a table top, where he could really feel how much he could push his bike in order to jump, and he was soon jumping both a 6ft table top and 6ft gap jump. I then showed him another gap jump, that involved going round two corners first, which he rode comfortably. We then moved onto some north shore where I showed him how to dismount correctly, and he was quickly riding a long ladder which finished with a drop. I then showed him a 9ft gap jump which he rode comfortably. We finished the session on a different trail, where I showed him how to manual over table tops and we rode the trail top to bottom to finish.
Great session Roald!
Nath.
By Tony Doyle|2013-05-03T17:16:00+00:00May 3rd, 2013|Uncategorized|0 Comments