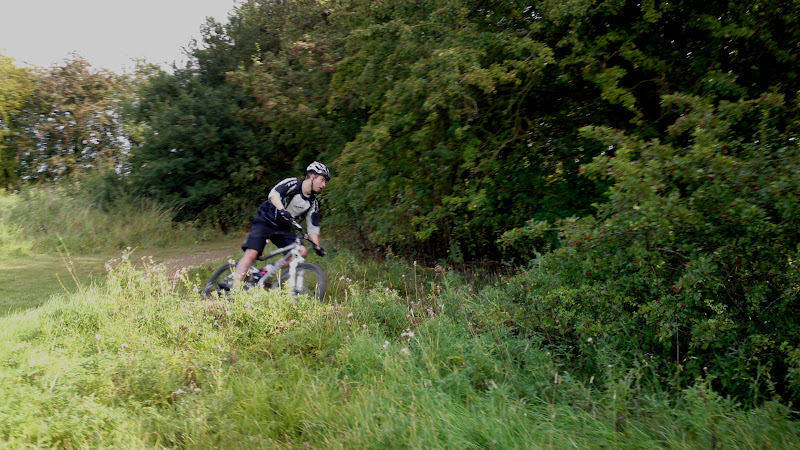 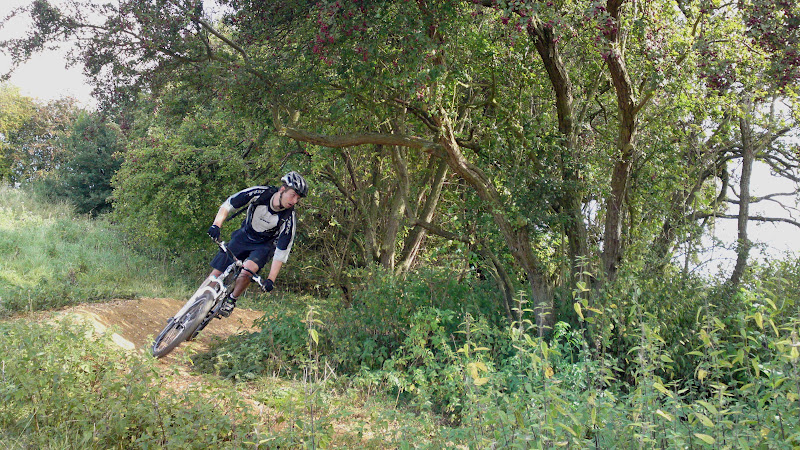 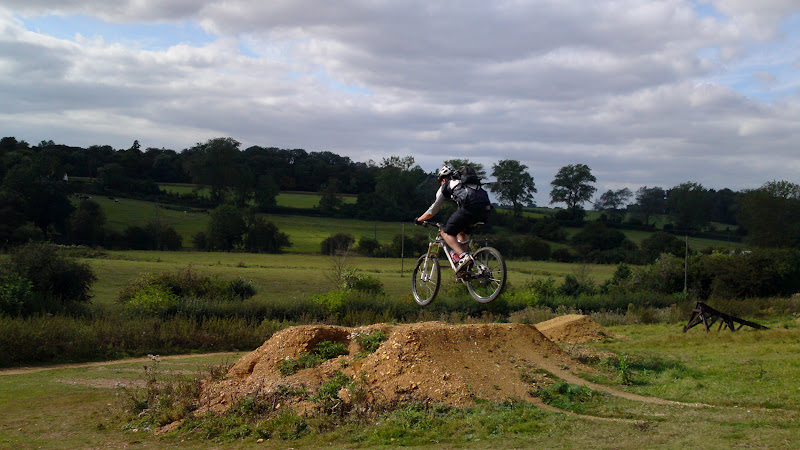 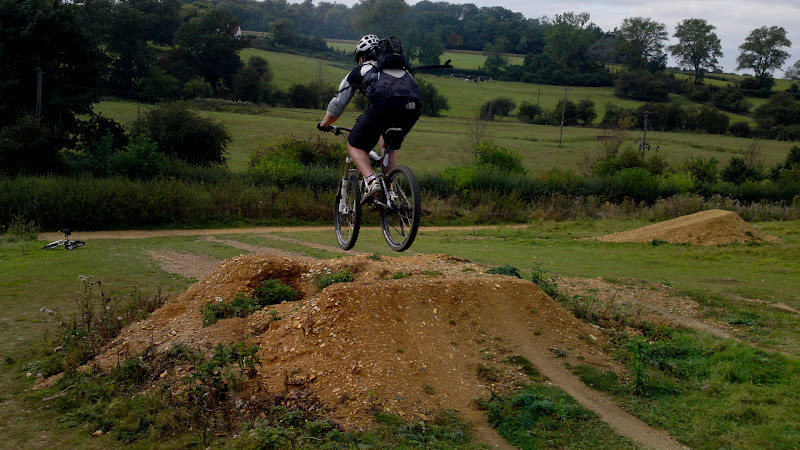 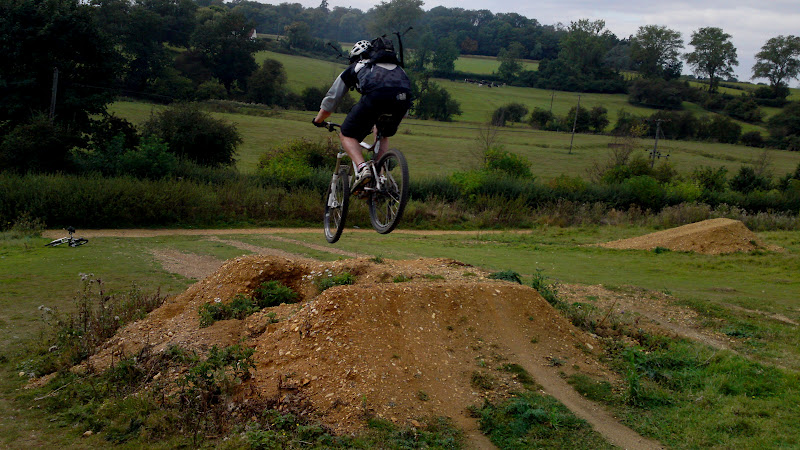 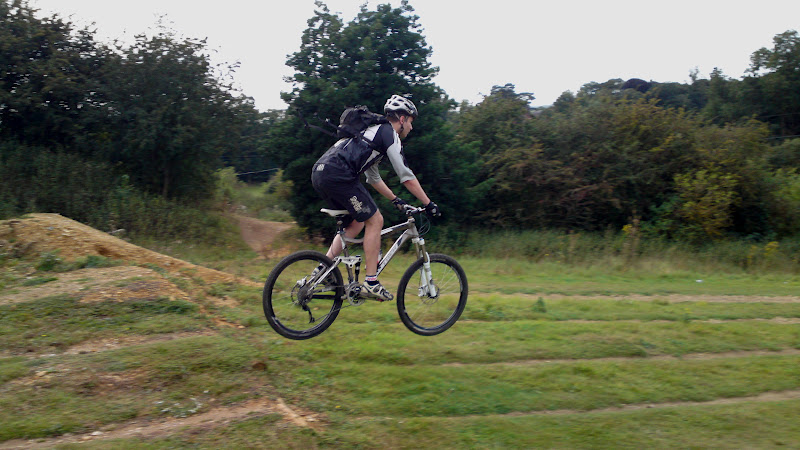 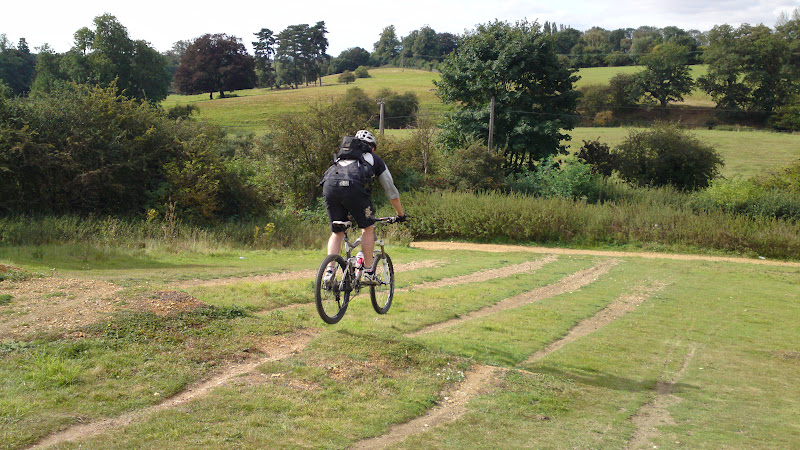 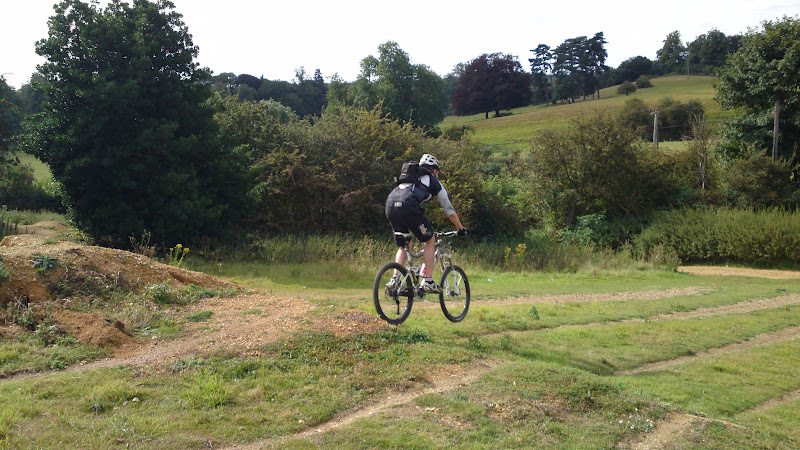 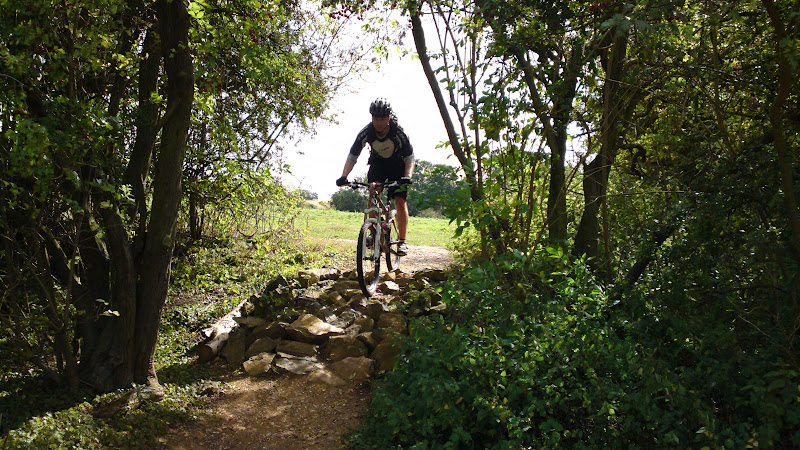 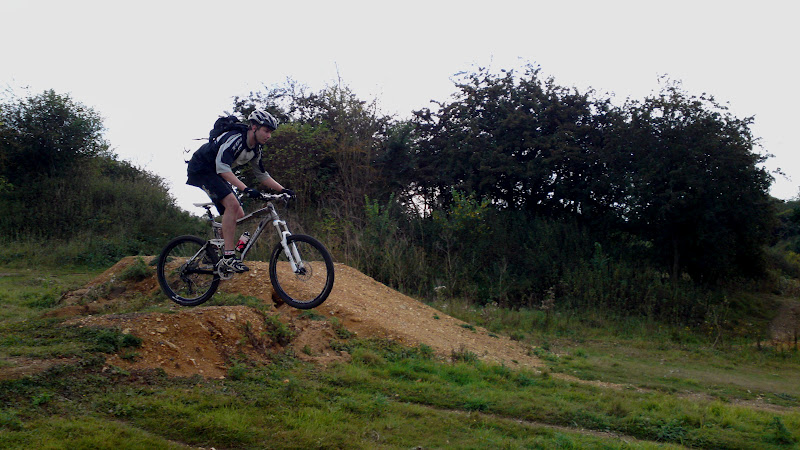 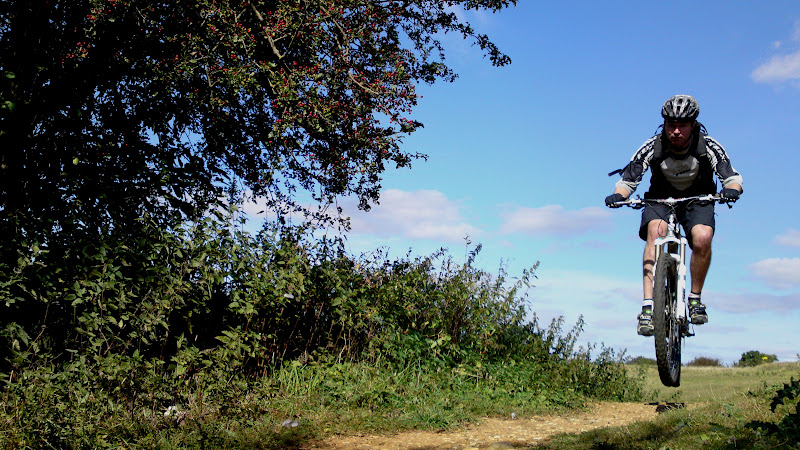 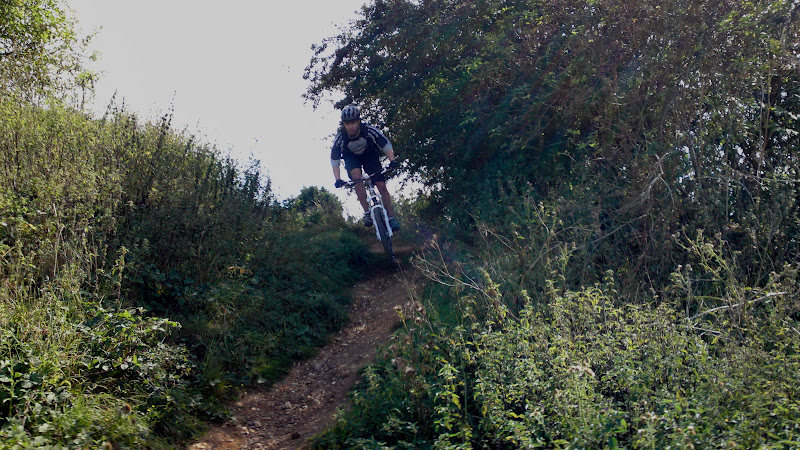 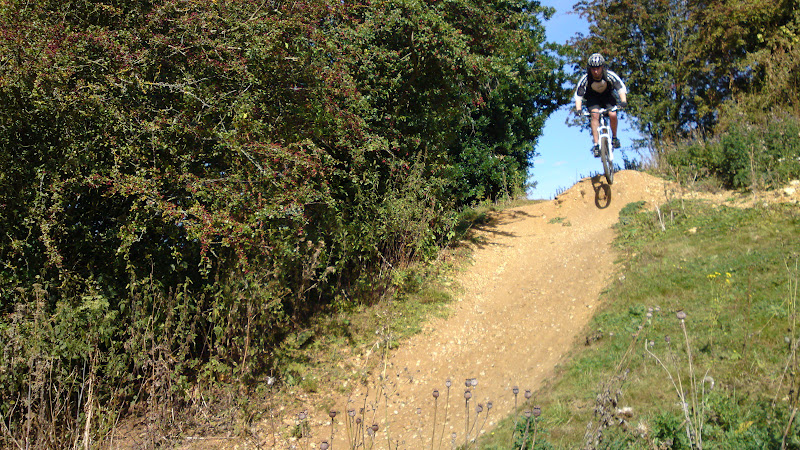 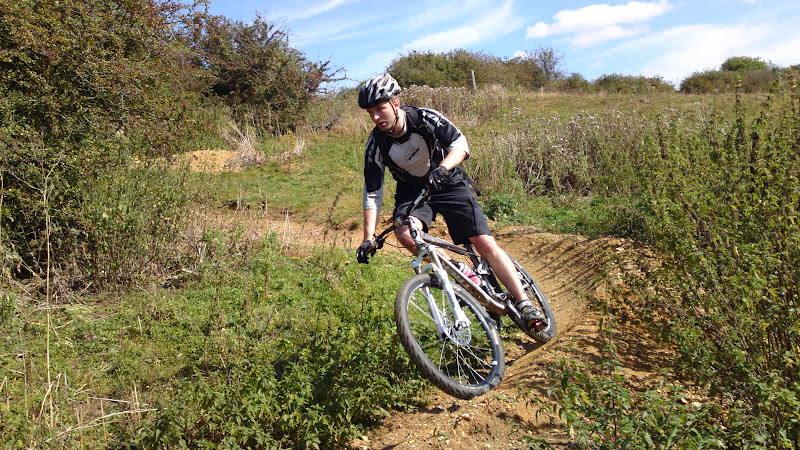 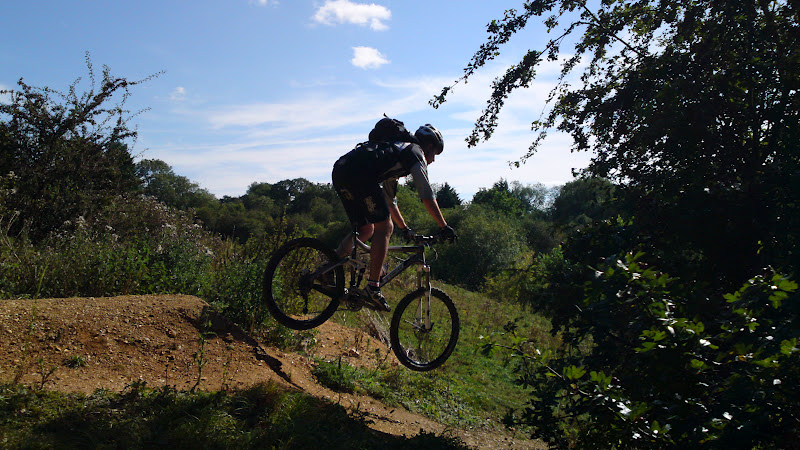 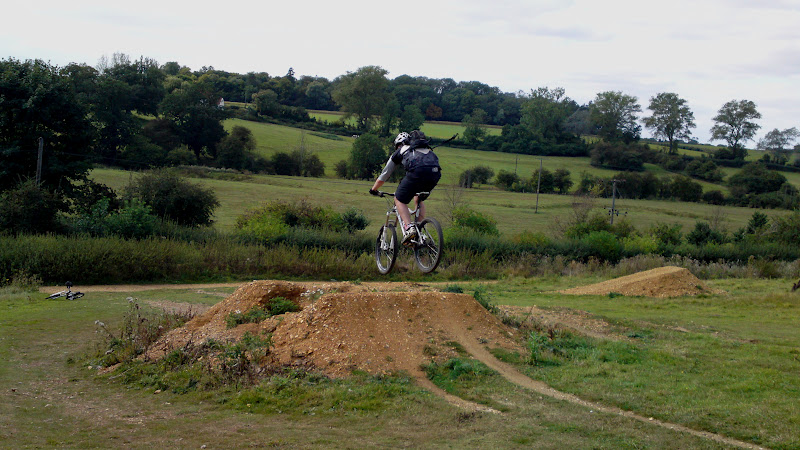 James came to me upon recommendation from his friend Gareth. On meeting I asked his aspirations for the session and of his previous sporting experiences. I began with the skills check and found that I had to work on his mental skill set as well as his body positioning and looking skills. To James’ surprise, we began with the drop technique and I showed why his mental and physical skills applied. It didn’t take him long to dial it and he began landing perfectly and to his delight, rode all 3 drops with ease.
Onto the skills trail and I used half the trail to begin with and demonstrated by riding it using the same skills that I teach. pumping , flat, bermed, switchback and off camber turns were linked to rock gardens, steps, fly out jumps and drops. After a while we had a break and when we resumed we worked on  the end of the trail. I worked on braking technique and line choice.

It wasn’t long before James was riding the entire trail end to end. James was trying out my up and down seat post and found he had greater control and cockpit area with a saddle lower than when he rode with it fully extended. James rode up the hill and recovered on the descent whilst going faster than ever, a real bonus for a racer.

For our final application of the skills sets, I moved James onto the 6ft tabletop and to his delight, he sailed over the top with ease. Over and over he rode it and then shocked himself as he used his mental skills questions to decide to ride the 6ft gap jump side perfectly too! The adrenaline from this began to drain him quickly and our session ended shortly after.
Awesome riding dude
High5!