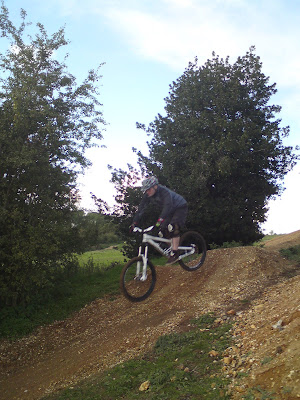 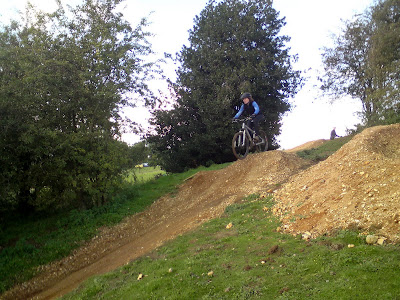 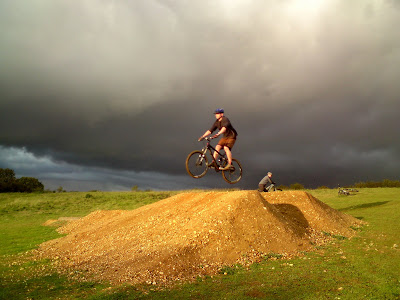 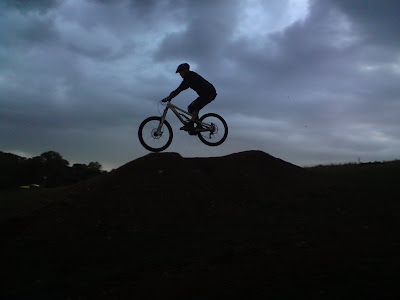 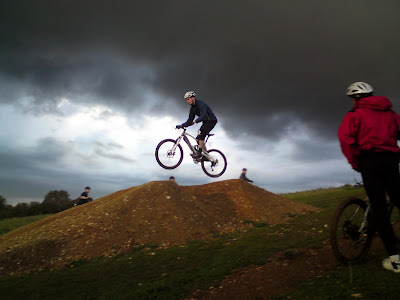 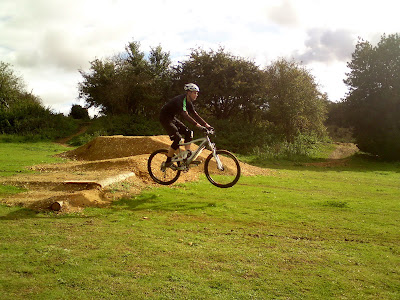 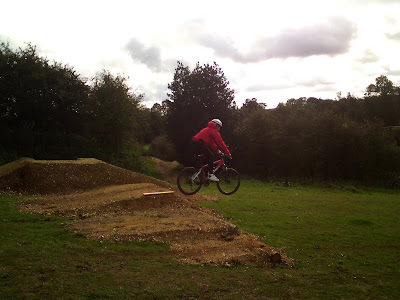 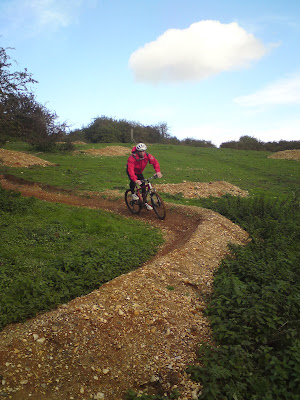 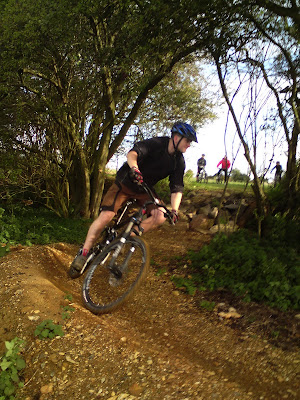 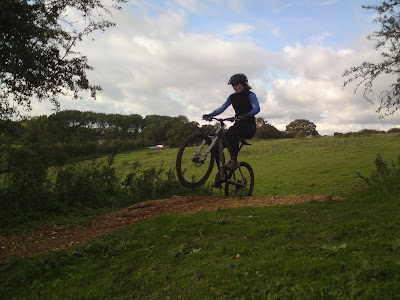 Barnaby, Mike, Ben Andrea and James came to me all the way from Cheltenham and the rain held off nicely for us.
As always I put the riders through my skills check and discovered the missing and the already existing skills required for every technique in mtbing. Once the required correction exercises were completed I moved the group onto the drop technique. Here I showed how the front wheel un weighting exercise is the same thing required for drops. Starting on a kerb sized drop to begin with I developed the skill set further and began working on the mental skill set here too.
All the riders were riding and landing both wheels together on touchdown and the smiles began to shine. James in particular as he has only 5% vision!
After a short break for food we moved onto the coaching trail where I broke the trail into quarters and worked on the sections contained within. we worked on braking zones, line choice, flat, bermed and off camber corners, drops, steps and rocks. I worked with the riders and timed them so they could see the effect of their new skill set in action. All the riders took a handful of seconds of their time for the trail. Andrea worked hard on her footwork, Barnaby on his too , Mike really got his line choice dialed and Ben equaled the fastest time on the trail in sub optimal conditions. As tiredness began to affect a couple of the riders, I showed them how to jump. Andrea and James decided to sit this one out and the remaining 3 were airbourn in no time at all.
The 6ft tabletop and the gap side to it were ridden comfortably and I even had the oppotunity to work on beginning to style in the air!
Rain closed in as our session ended.
great day 🙂