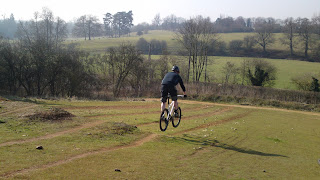 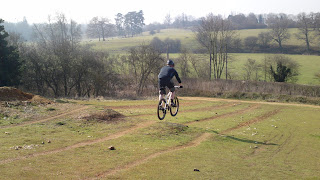 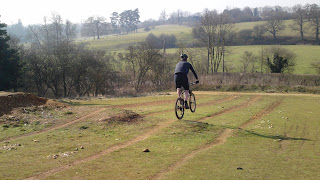 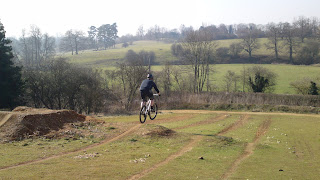 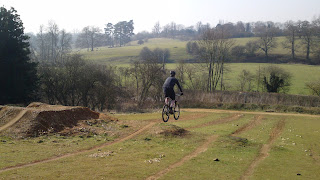 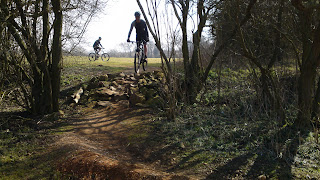 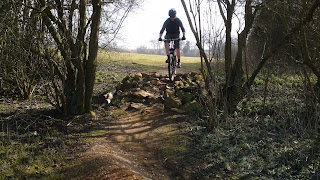 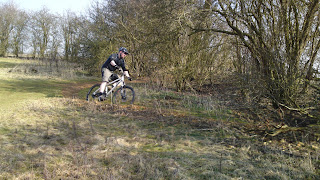 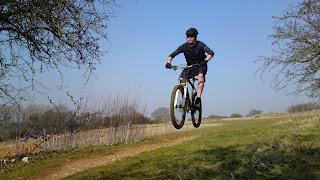 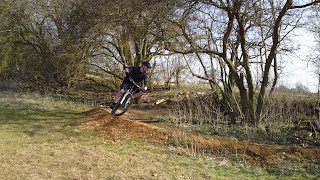 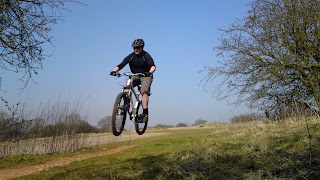 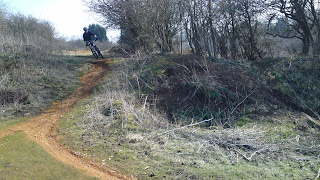 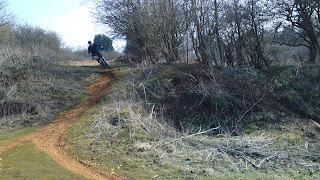 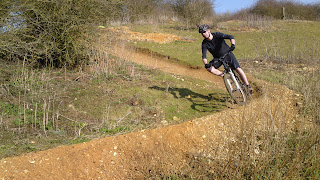 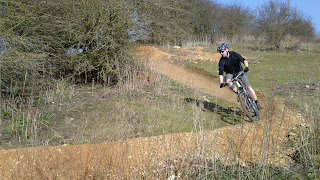 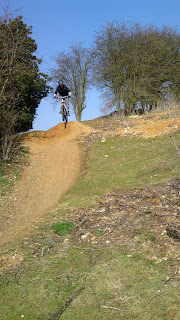 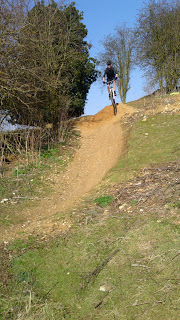 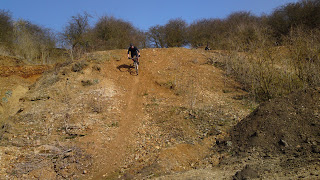 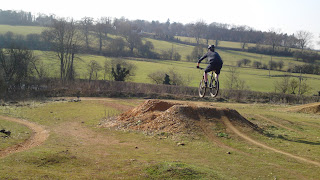 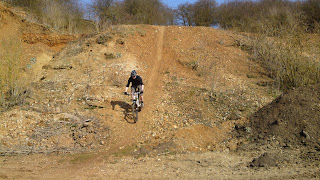 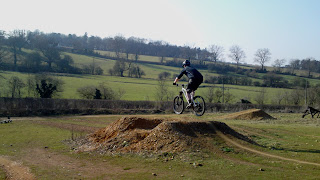 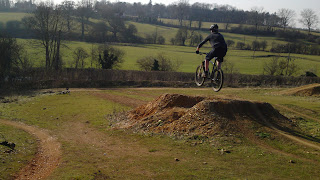 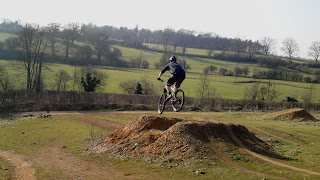 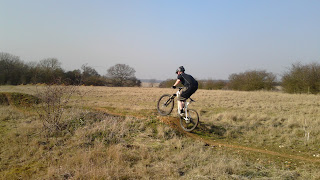 After snow delayed the original session, we rebooked it and today was the day, blue skies and warm. We chatted of their aspirations for the session and I began as ever with my skills check and found some real nice habits in their riding but they missed looking and body positioning and that John had partial footwork. Once I had adjusted their set ups  and corrected the missing skills we moved on and to Chris’s surprise it was drops. He’d previously had bad experiences with this technique but soon he was landing perfectly, as was John using their new mental and physical skills.

After a while we moved onto the skills trail and began working on linking the 14 sections on the trail together fluidly. Flat, bermed, off camber and switchback corners were linked to pumping, steps, jumps, drops and rock gardens. Over the period of a couple of hours they were riding the entire trail with a control and speed they’d never previously had.

We moved on after a while to applying the skills sets to more techniques as I didn’t want them to tire themselves out with continued runs as it becomes just practice. We moved onto riding steep stuff and the required body position and then on to jumping tabletops. I used a 6ft tabletop and gap for this and they both used their mental skills to not only ride the tabletop but also the gap jump too! A few runs later and I could see they were tiring , so we moved to pumping and jumping on another trail and after a couple of runs, mental tiredness hit home and our session was over after 5.5 hrs. We retired to a local beer establishmnet to celebrate a tee sirt ride in the 1st warmth of the year.
High5!