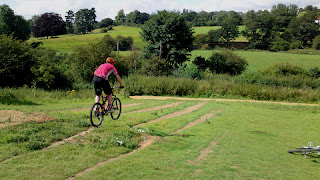 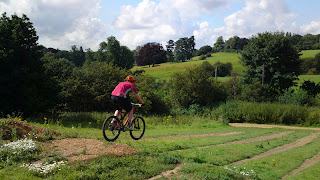 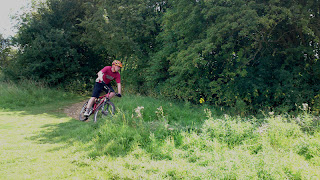 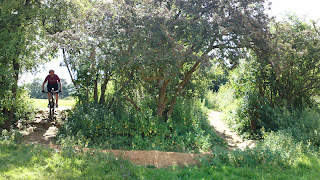 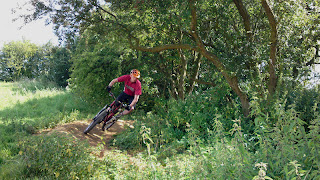 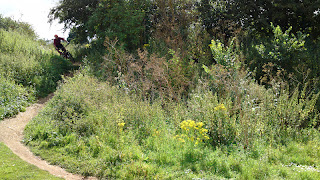 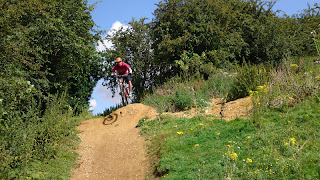 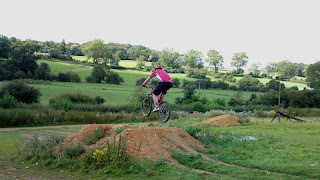 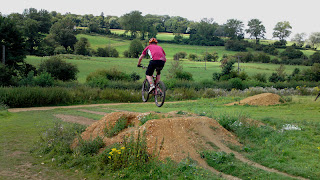 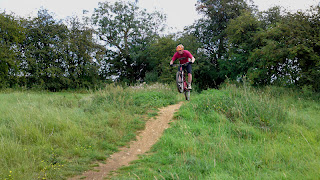 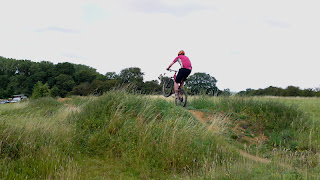 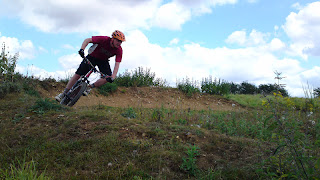 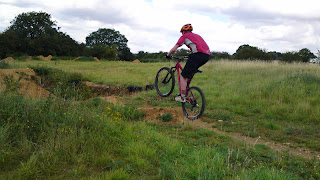 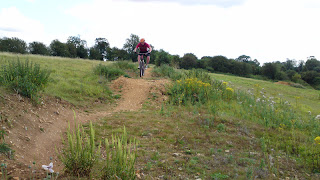 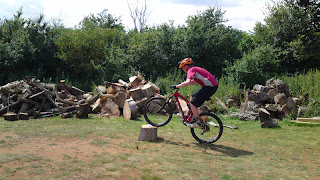 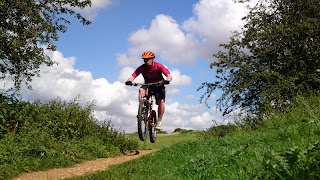 Chris inquired about a group session at first but a late cancellation came up and he took it alone as his mates couldn’t make it. I found partial footwork faults and also body and looking skills were missing, so I set to work. A small set up change made a big difference and off we went to apply his new mental and physical skill sets to the drop technique first. Chris wasted no time in riding all 3 of them so off we went to the skills  trail. Pumping, rock gardens, steps, fly out jumps and drops were linked piece by piece to flat, bermed, off camber and switchback turns. We moved methodically down the trail until he was riding the whole trail and linking all 14 sections contained within it together by the identified braking areas. I worked on line choice when linking drops and corners together and  the required braking.

A good few runs followed a coffee break and soon after it was time to apply the skill set to the context of jumping tabletops and gaps. I used the 6ft tabletop and gap for this and once again, in a few small steps Chris sailed over the tabletop to giggles and smiles from both of us. We were 2 kids in the woods riding again!

Chris rode the gap jump side too with ease once he could answer his mental skills questions and then we moved onto what would prove to be our last trail, the pump and jump trail. When we met I said it would take me 5mins to teach him to manual and that proved the case as 1st go he rode across a tabletop on his rear wheel and dropped the front in when choosing. I then developed his pumping and he used either technique to pump, jump or manual sections on the trail and ended it by riding the 180 degree berm with ease too.
Our session came to a close as Chris himself declared he was knackered so we cracked open a cold beer and toasted a great session.
High5 Chris!