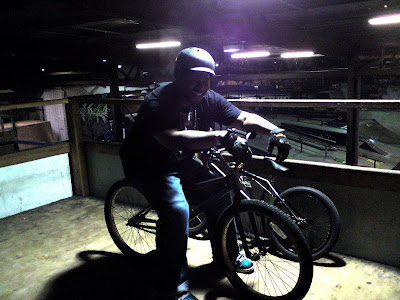 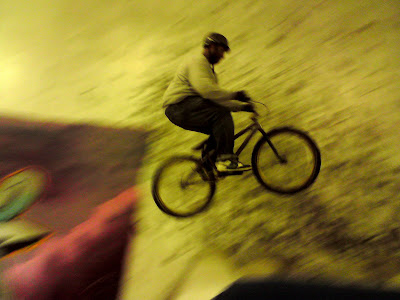 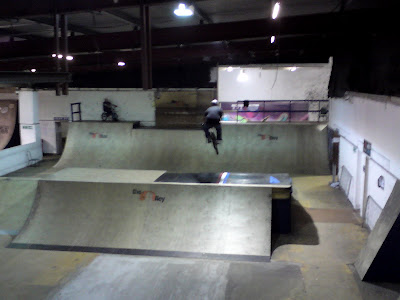 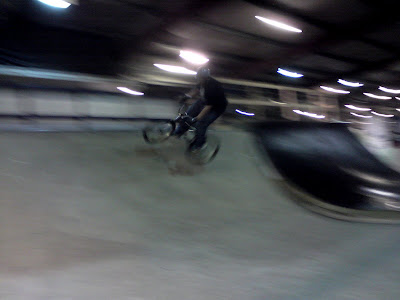 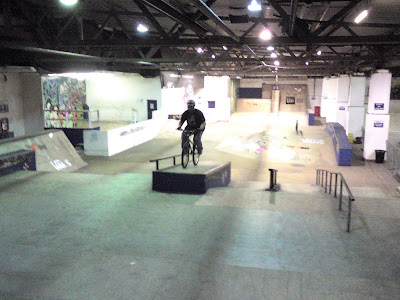 I have coached Chris twice in mtbing and he asked me for bmx coaching, wanting the basics. we began with dropping in, riding out and pumping first. Chris got to grips with this really quickly and my job was to keep him progressing without extending him outside his comfort zone. Having already taught him how to jump on his mtb off road, it was an easy transition to make for him bringing it over to bmx. We began in the foam pit, making sure Chris was comfortable with the bike in the air. Next, we moved onto the resi ramp and Chris sailed over it landing perfectly on the transition.

Now he was happy jumping, we moved onto the street section and worked on step downs, step ups.

Then jumping the driveway and turning 180 on a quarter pipe.

Finally, we worked on riding spines/volcanos and linking them to a turn on a ramp. Even with regular breaks, Chris became tired in about 4 hours and called an end to a great session. I even introduced him to the world of the 20″ as he was convinced a 24″ bike was better suited to an adult 🙂
High5 Chris