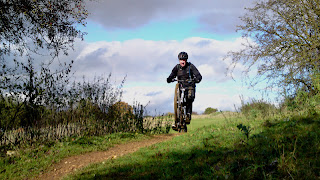 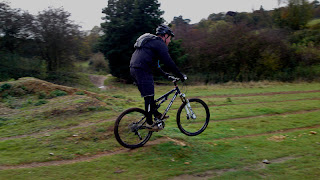 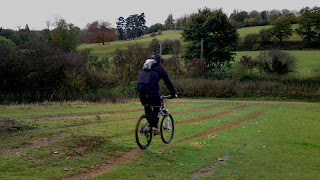 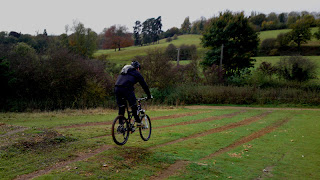 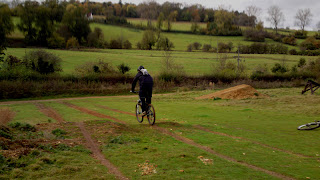 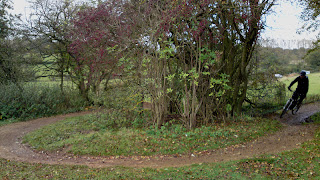 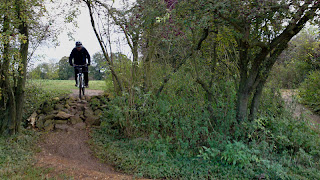 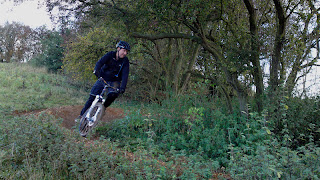 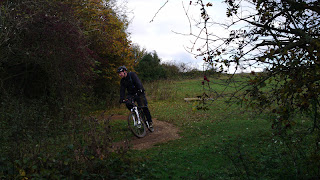 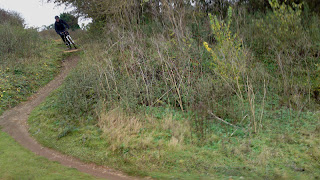 Barry came to me after finding he lacked confidence in riding off road over the past 2 years and said he just wanted to feel in control when cornering. I began as always with the skills check and found he needed work on looking and body positioning in all areas. I made a set up change and showed Barry why I had did so.
The look on his face when I said we’d begin with the drop technique was a picture as he thought he’d never get his wheels into the air and at best it would be at the end, not the beginning! I went through the application of both mental and physical skills and demonstrated, then it was Barry s turn. The look on his face as he landed perfectly was a sight to see and then he repeated it over and over and even moved onto a higher drop too! After a while we moved on and before going to the skills trail we worked on his body position when turning before finally moving onto the trail.
Pumping was used to gain free speed and then it was linked to a berm and flat corner. A rock garden was focused on next as I knew it was an issue with him but once Barry had rode it in his new riding position he felt at ease and in control so we linked 6 sections together easily. We had a break for coffee and then resumed with the fly out jump and another turn with a step on the exit. Soon, Barry was linking 9 sections of the trail together and smiling as he did so. We worked on riding drop offs and linking them into corners by braking technique and line choice. Any errors were being self diagnosed now too but mental fatigue was really getting hold of him and soon after, elated and smiling ear to ear our session ended.
Awesome riding dude.
High5!