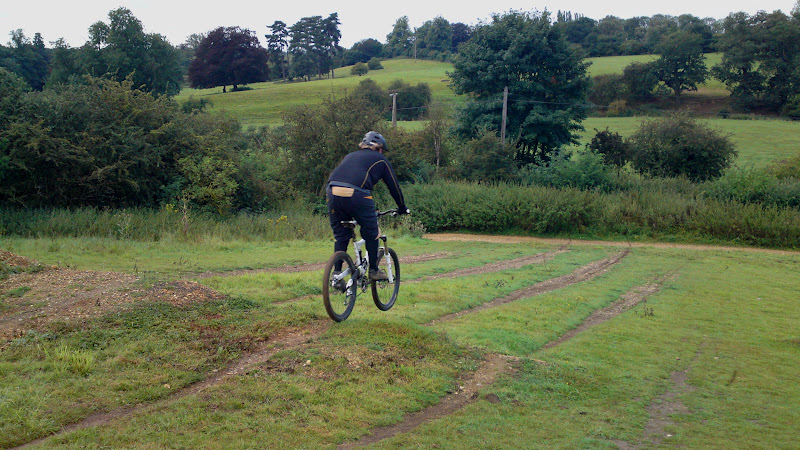 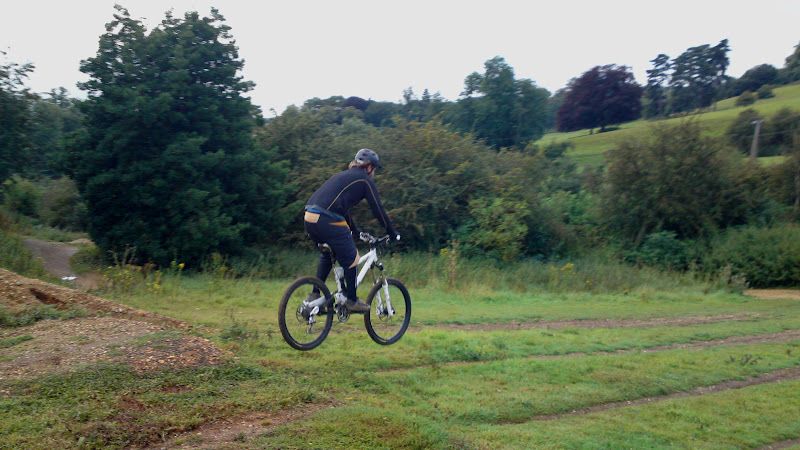 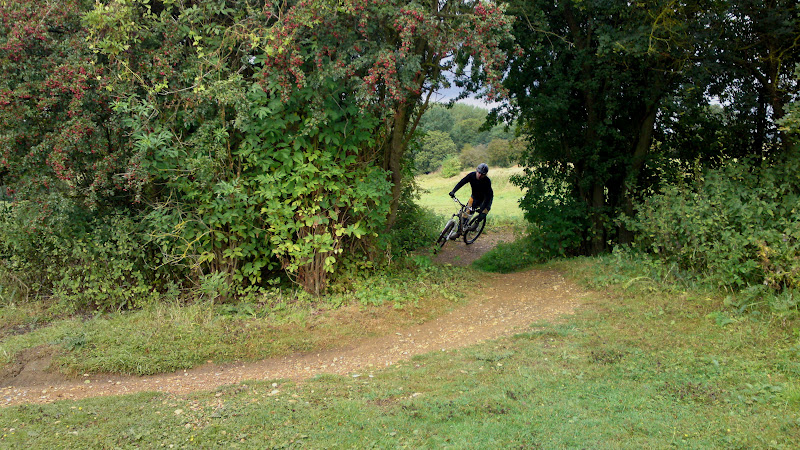 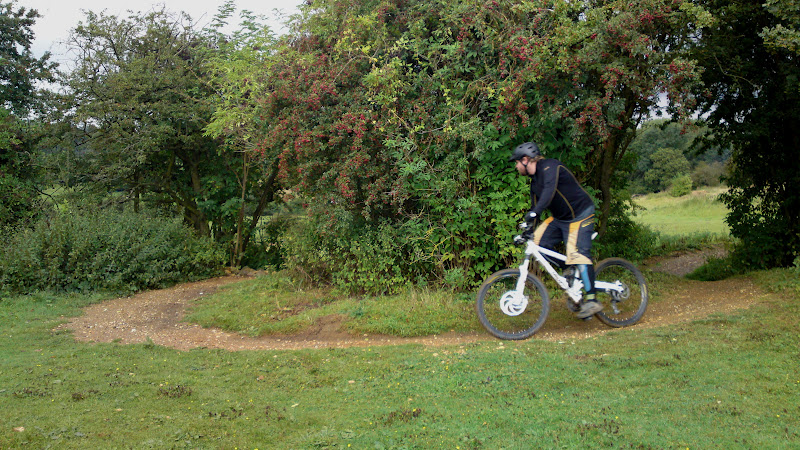 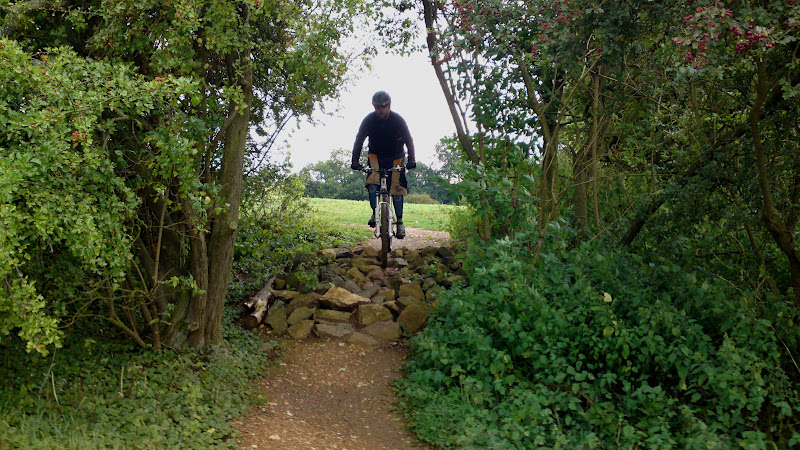 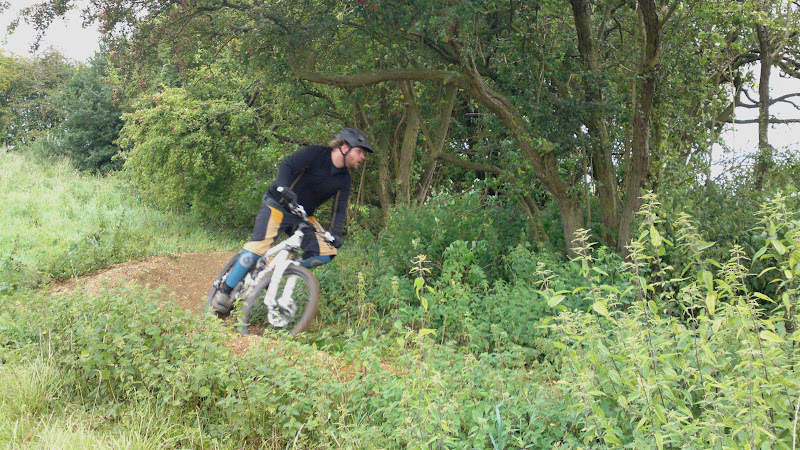 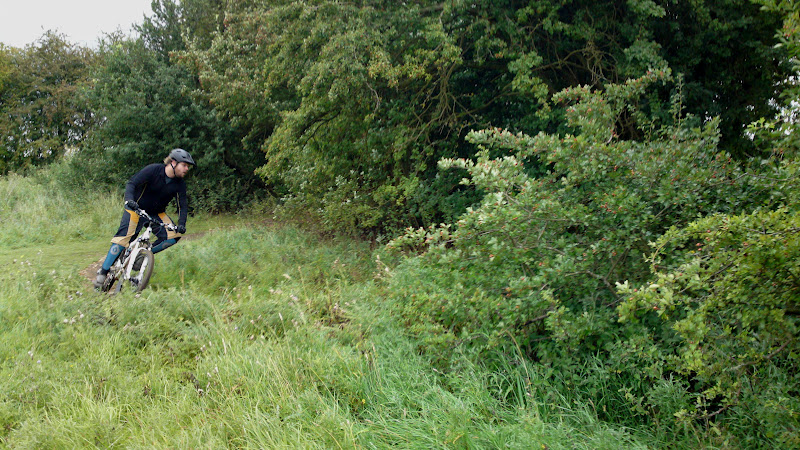 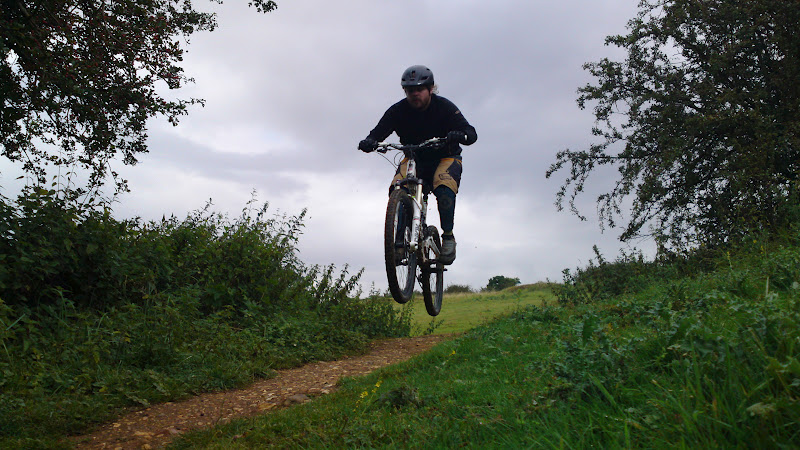 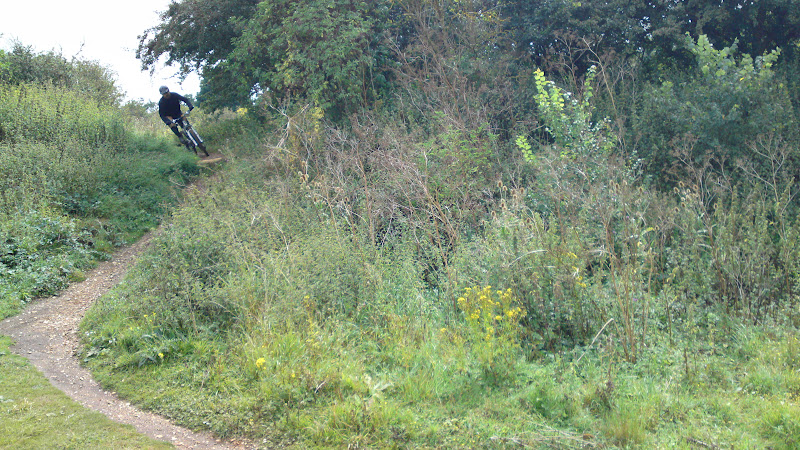 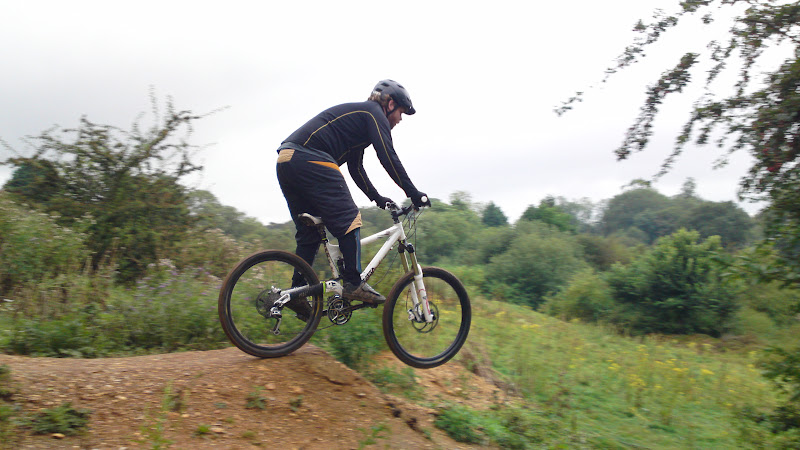 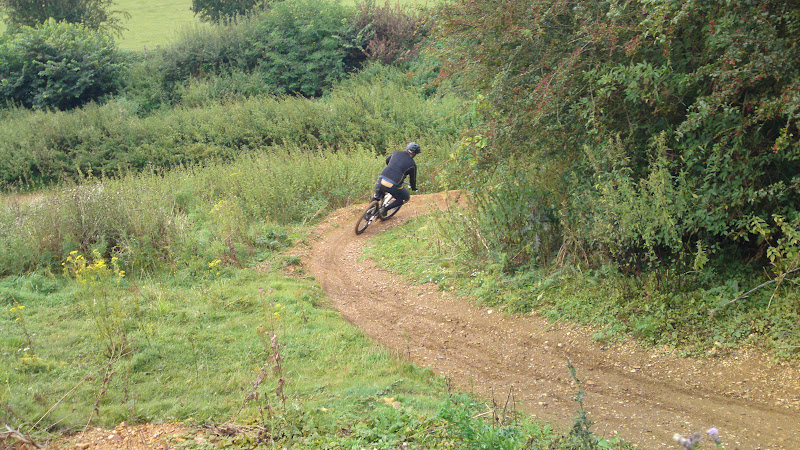 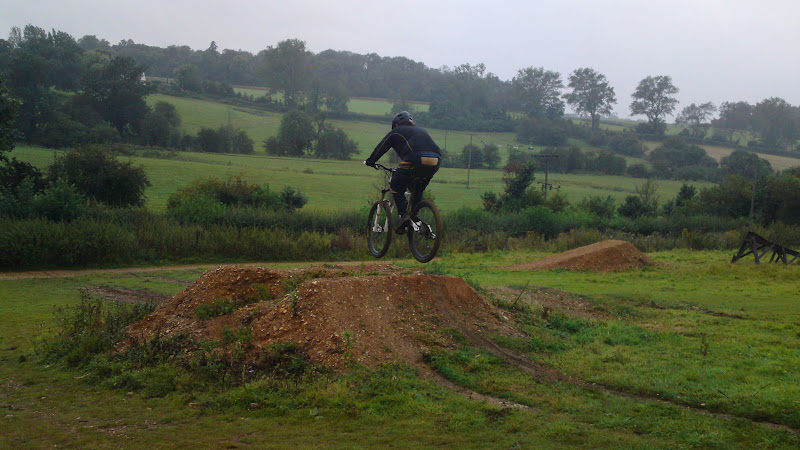 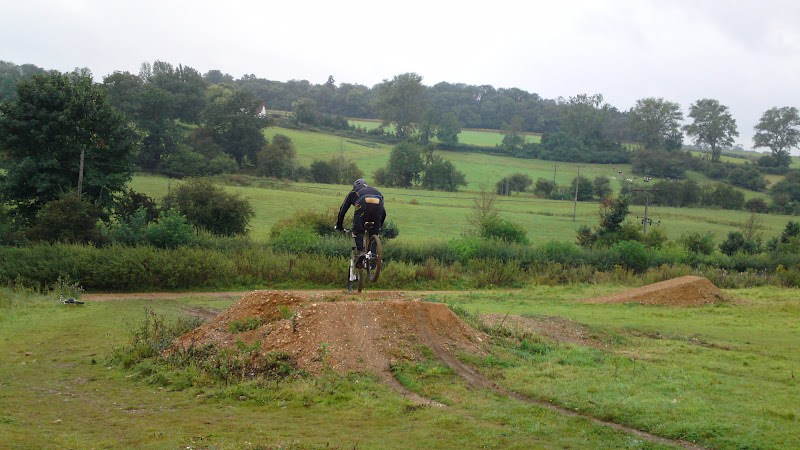 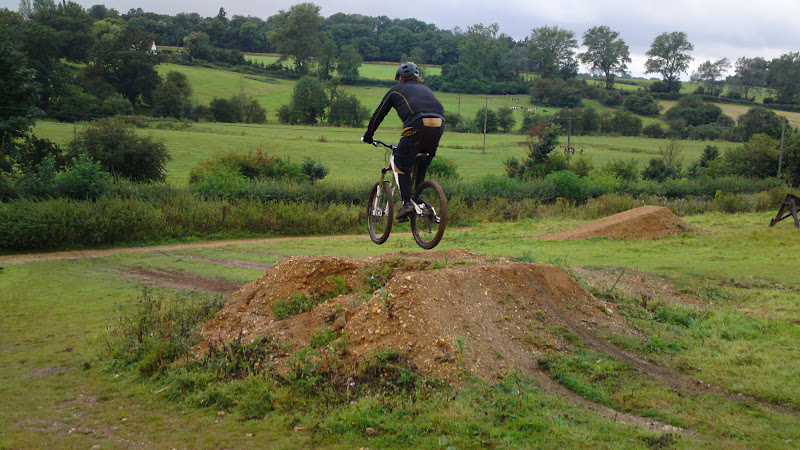 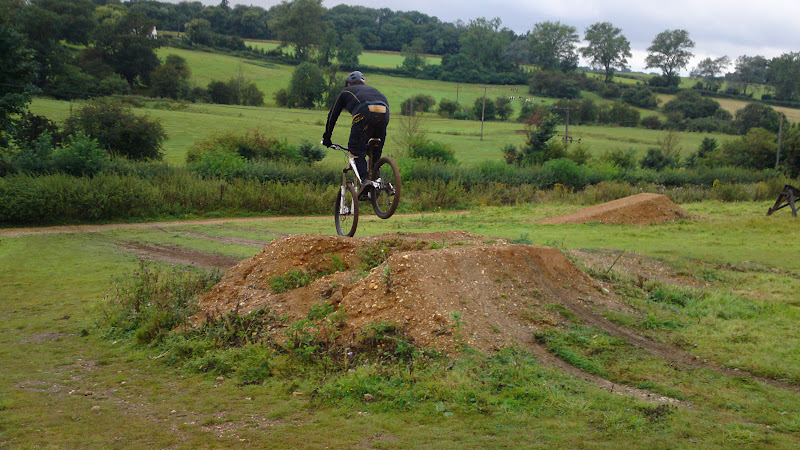 Louis came to me from Bedford and on meeting we chatted about his wants for the session. Louis said he had lost the ability to jump as the front keeps dropping on take off and he twists in the air. The skills check told me why this was happening and I set to work, once I made a set up correction to greatly assist this.
We moved to the drop sections and His new body position and looking skills really paid dividends as he used his physical and mental skills sets to ride all 3 drops easily. I was even able to get him to begin to style it in the air too!
We moved onto the skills trail and we worked our way methodically down the trail, linking each section to the next and always adding the previous sections to the newest. Flat, bermed, off camber and switchback turns were linked to pump bumps, fly out jumps, steps, rock gardens and drops. I worked hard on line choice when linking the drop and cornering techniques together and soon Louis was riding the entire trail end to end. Even the rain didn’t deter Louis as he used his  new skills to ride fatser and more confidently than ever before. Any errors were self diagnosed as he now knew why it was right or wrong.

I could see he was beginning to tire but I wanted to bring the ability to jump back in him so we went to the 6ft tabletop. In a few moves he was sailing over the jump and landing so smoothly on the transition. He then used his mental skills to ride the 6ft gap jump side also a few times before mental tiredness brought an end to our session. Awesome session Louis and I’ll see you again soon.
High5!