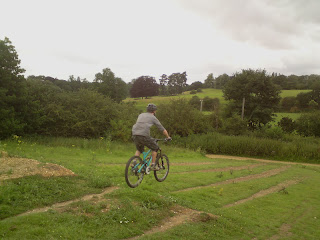 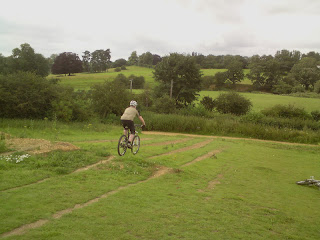 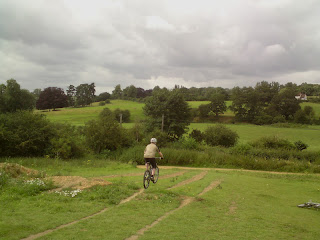 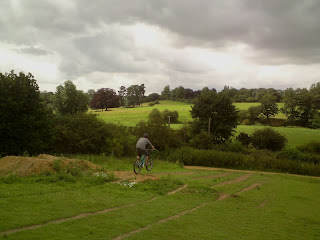 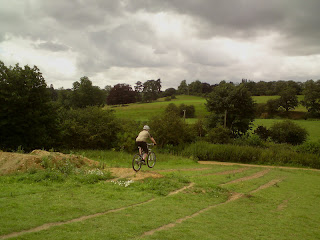 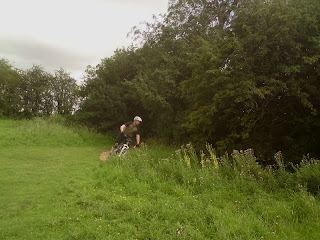 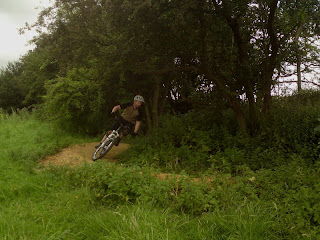 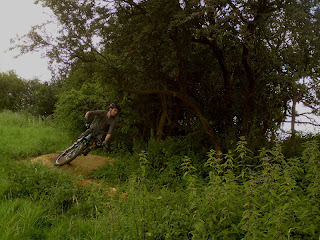 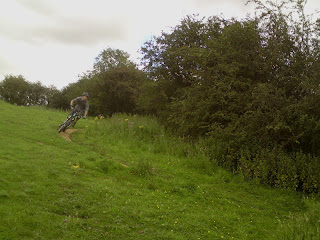 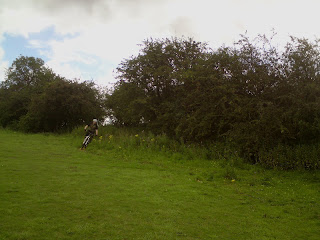 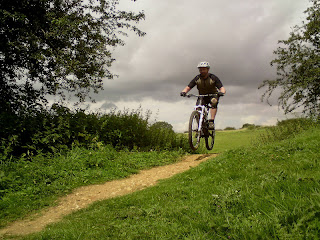 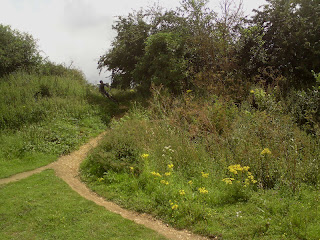 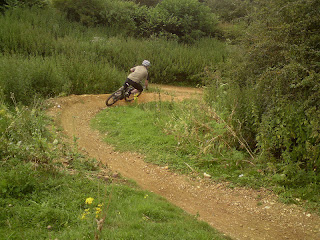 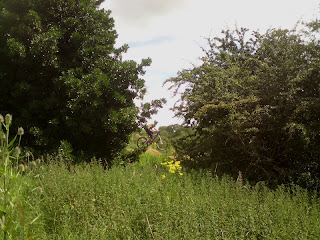 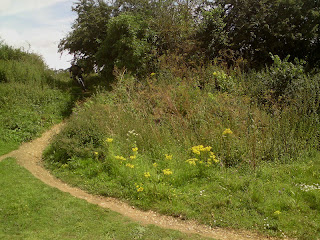 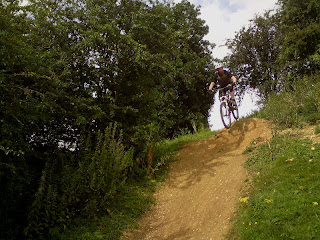 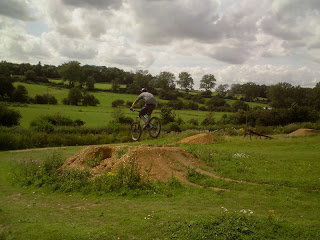 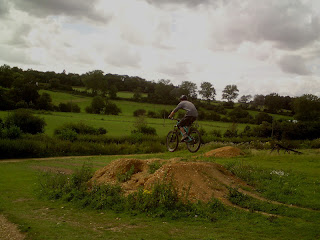 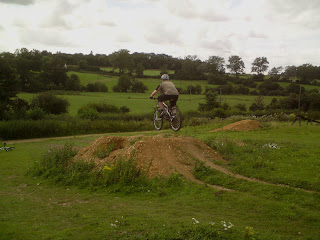 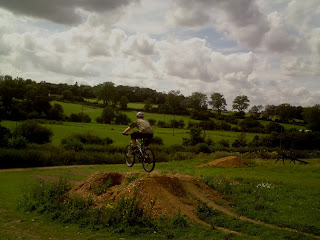 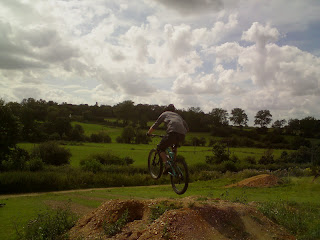 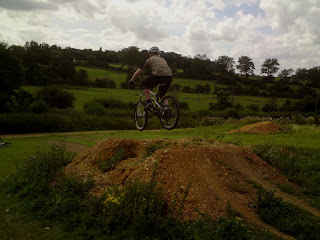 Mike and Dan made their way to me after hearing recommendations online and we began with a coffee and chatted over their expectations or the session. I found  looking and body positioning needed work and I made the necessary set up changes to enhance this.
We began with the drop technique and  I covered both mental and physical skills sets and of curse demonstrated each drop before hand. after a bit , they both began landing perfectly from all 3 drops so it was time to move to the skills trail. Flat, bermed. off camber and switchback turns were linked to pumping, rock gardens, fly out jumps, steps and drops. It wasn’t long before they were riding the whole trial end to end and each run was faster and smoother than ever and any errors were self diaganosed too.

I didn’t want them to tire out on the trail as that would only be practicing what we’d already done, so I moved us on to the 6ft tabletop and gap .

In a few short moves, both mike and Dan sailed over the tabletop and even commented how easy it now felt. Both riders then used their mental skills questions to decide to ride the gap jump side too! After a few runs of both, our session ended. five  and a half hours in before mental tiredness began to show. This brought to end a great session.
Amazing improvements guys and keep me informed of the progress.
High5!