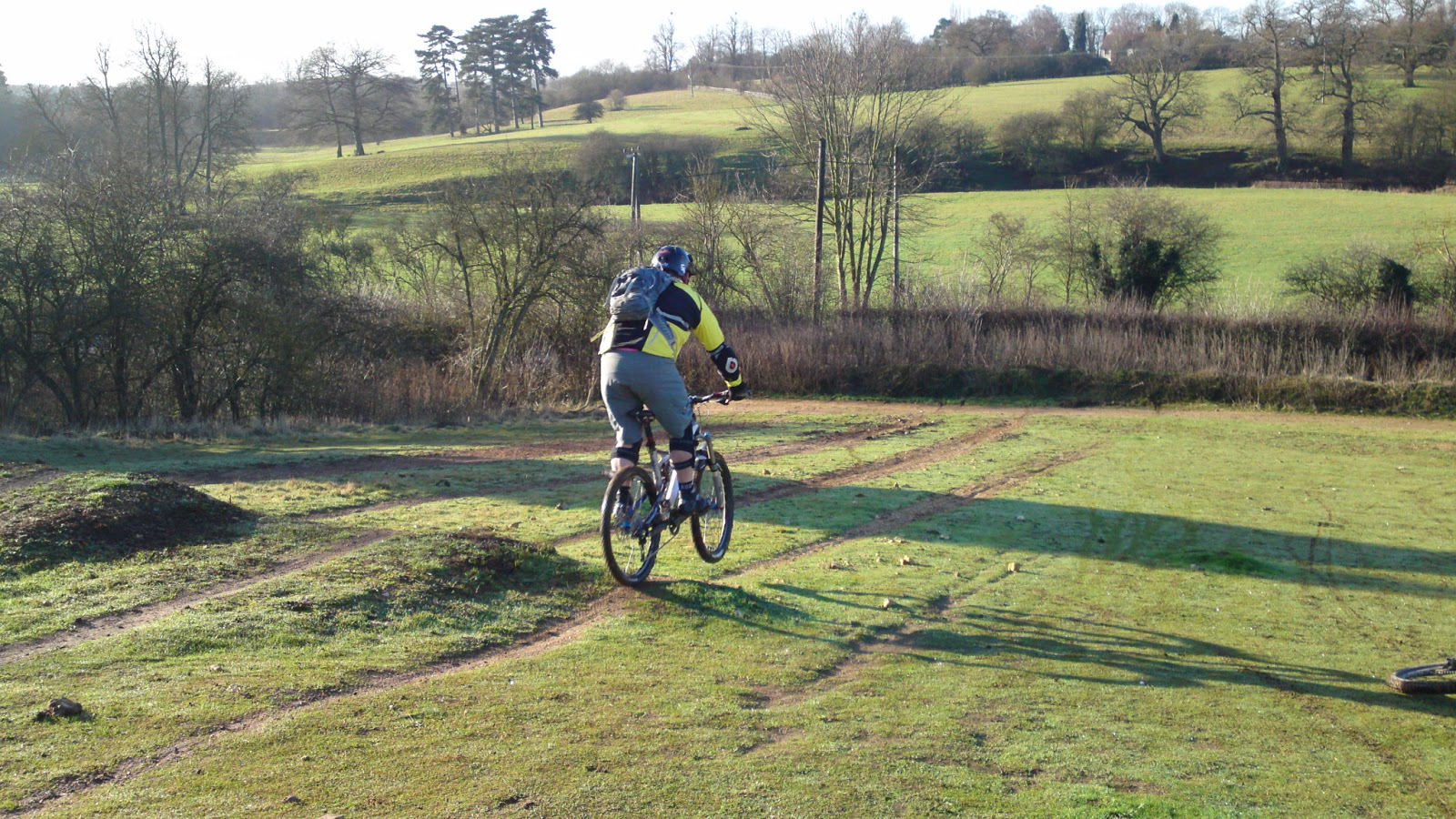 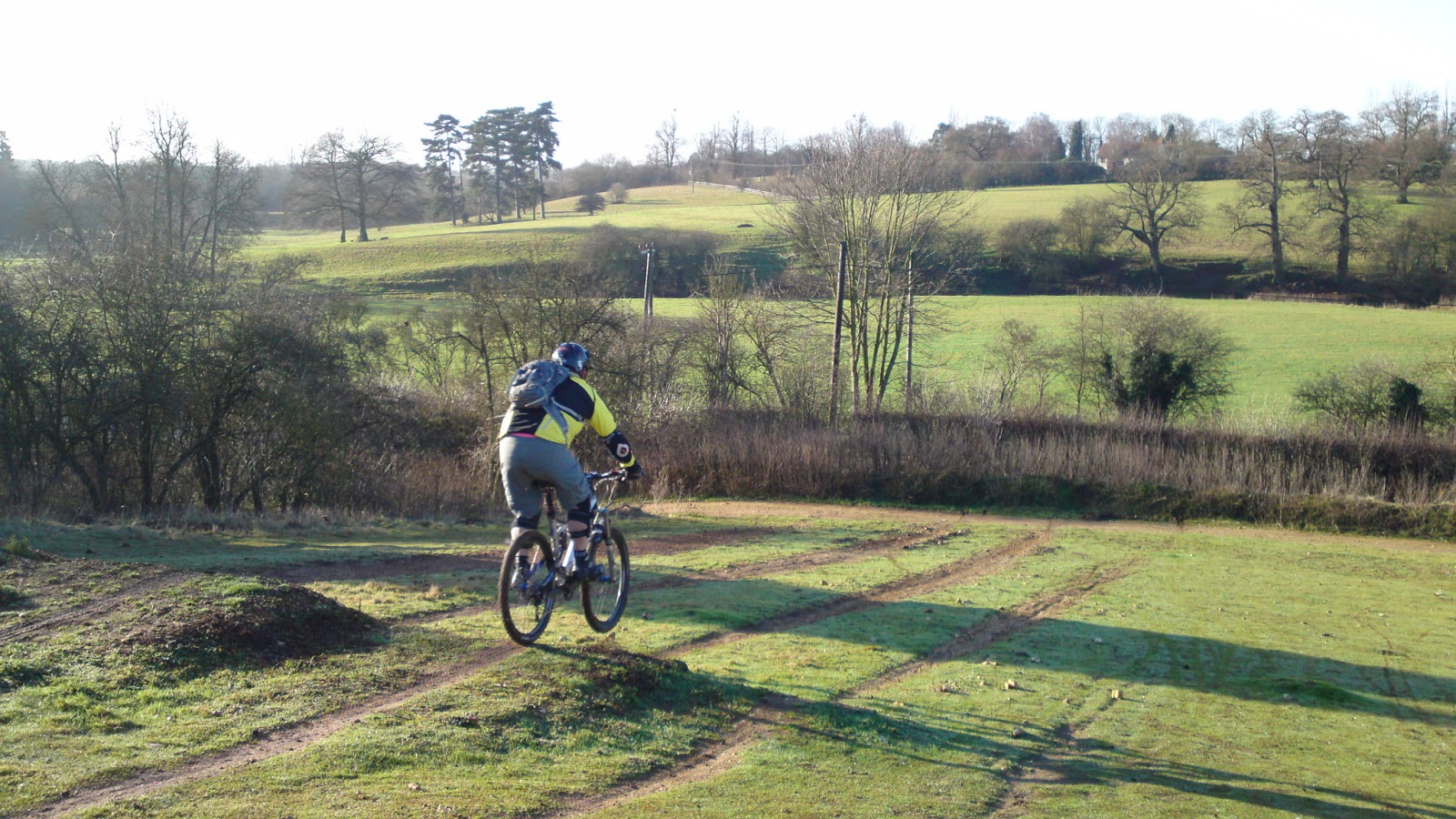 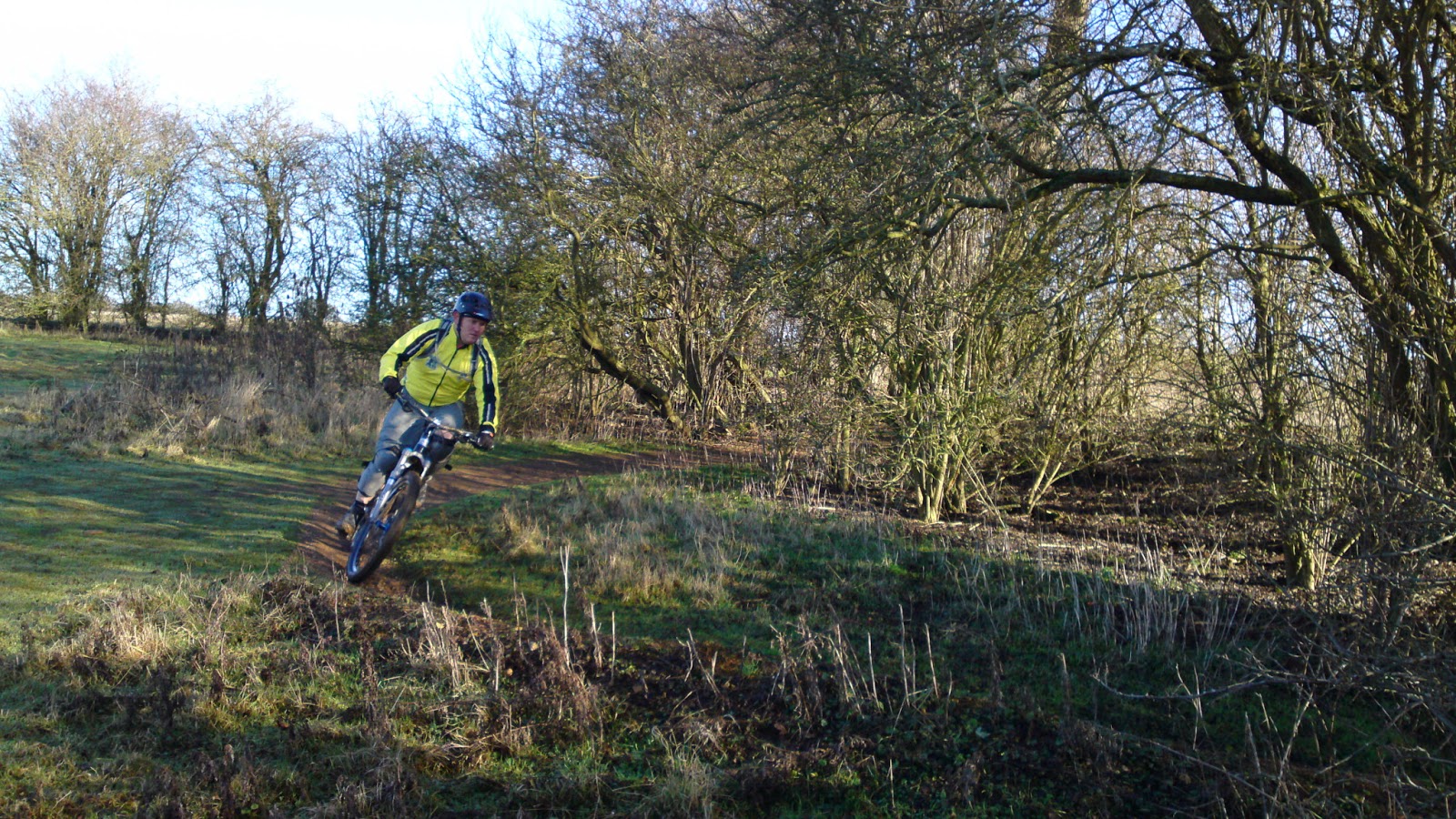 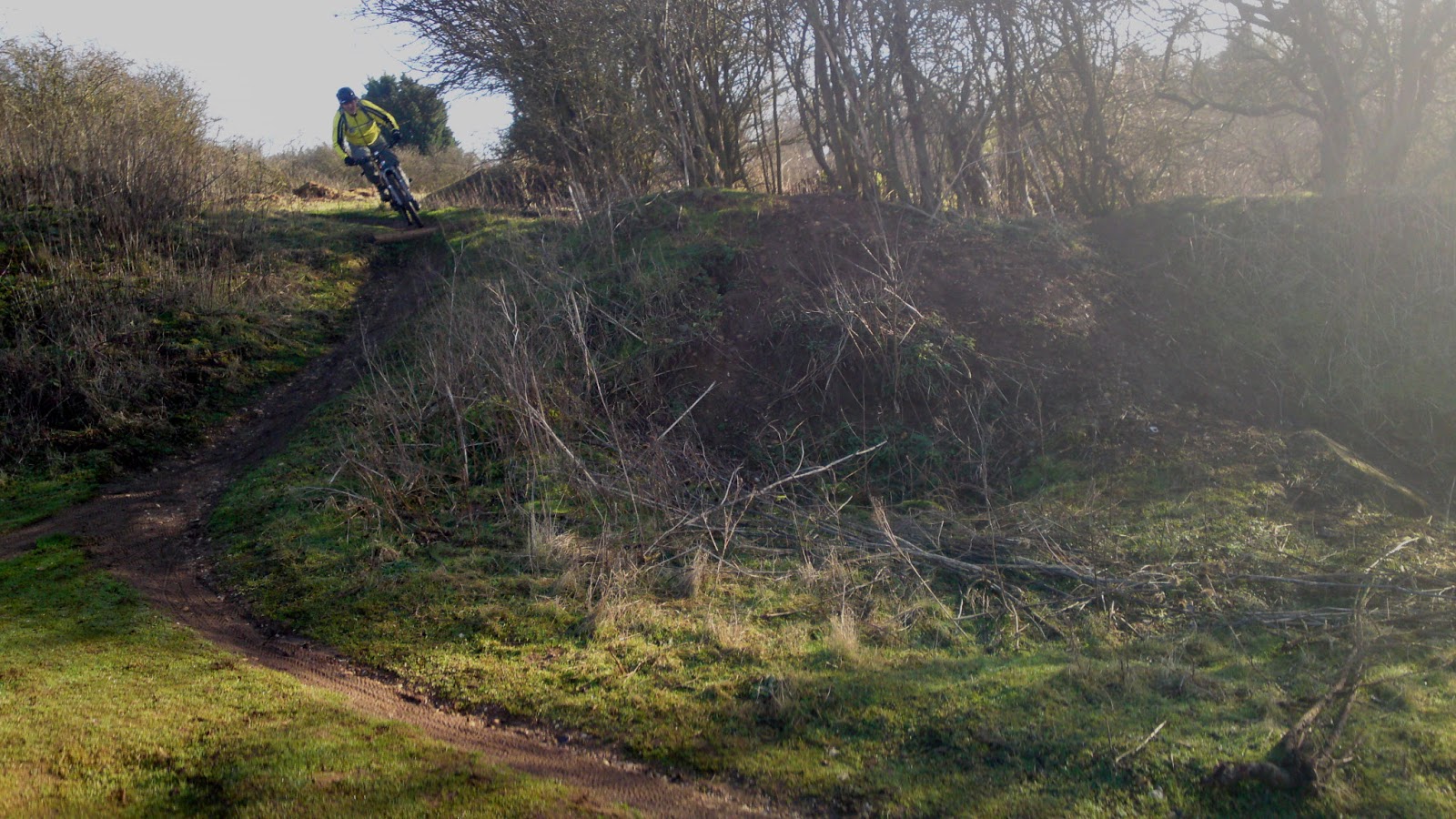 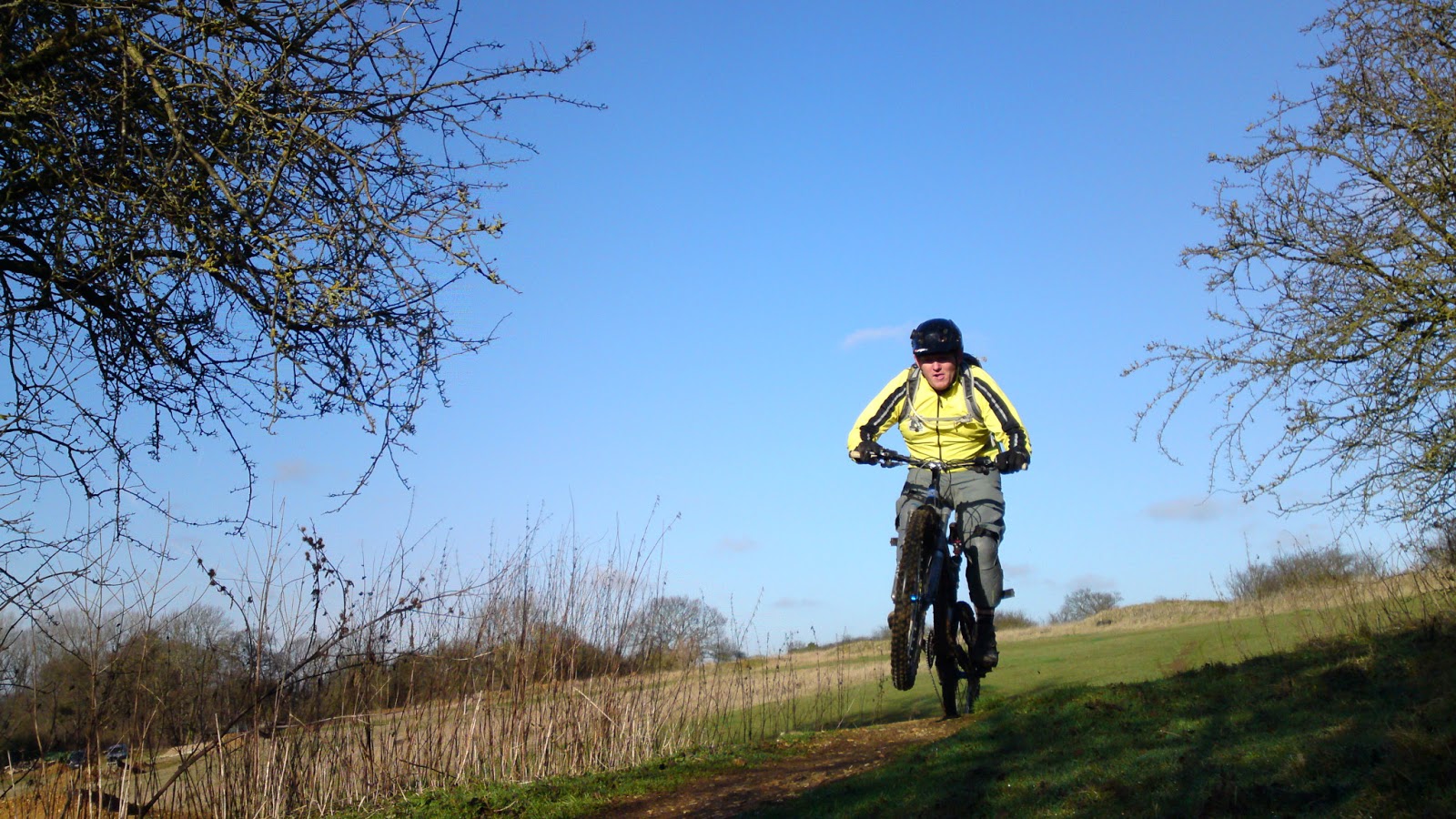 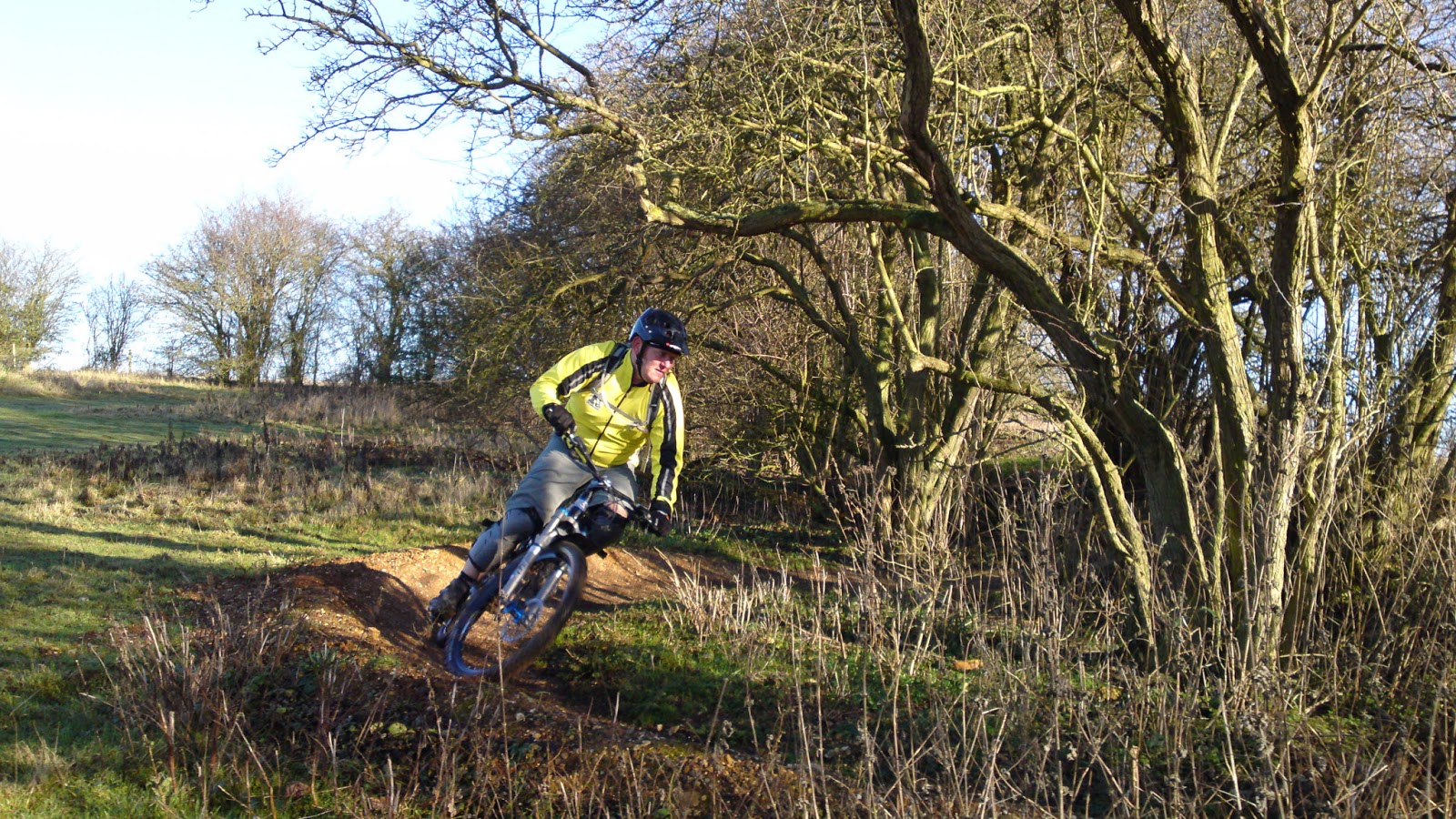 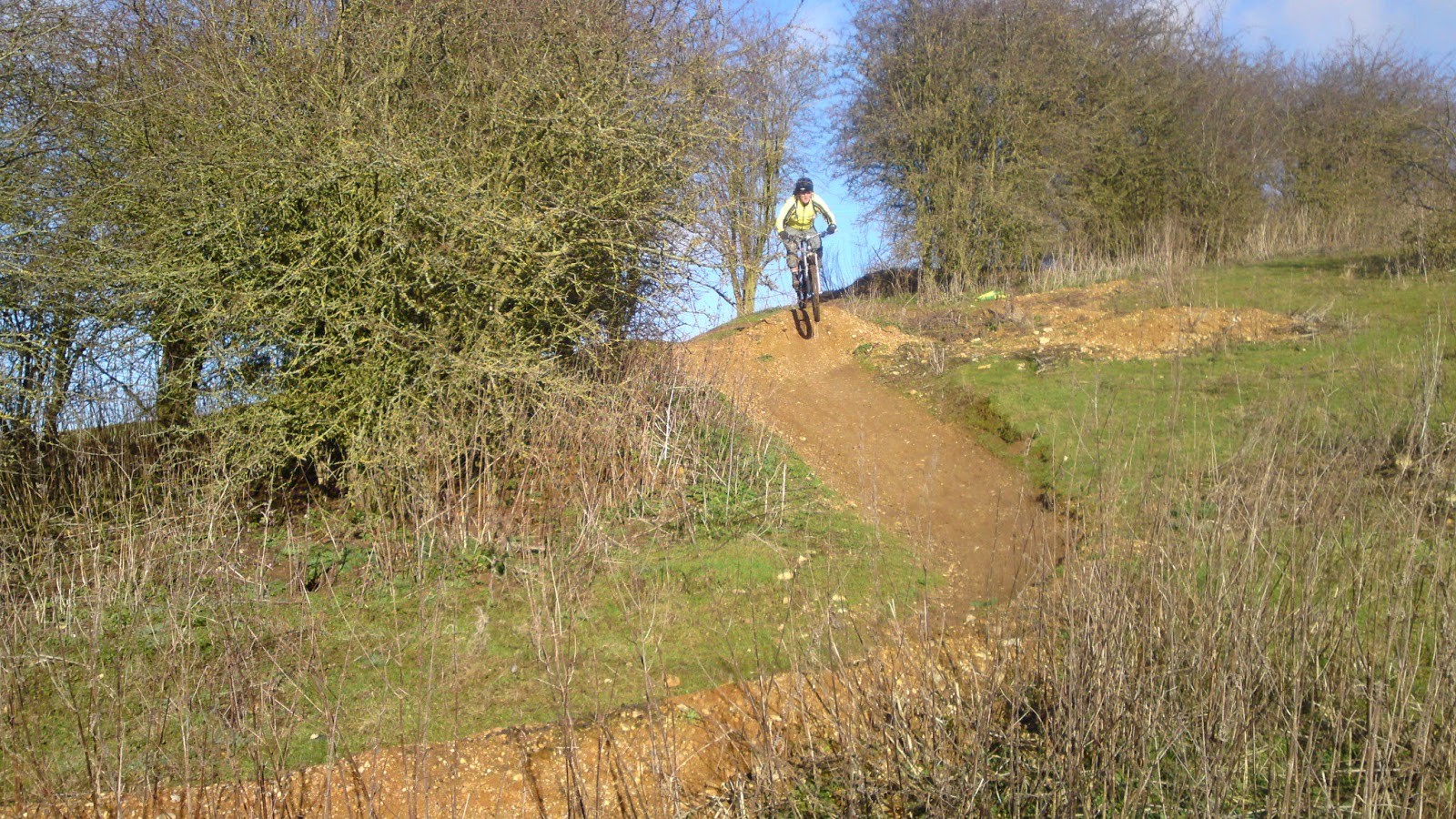 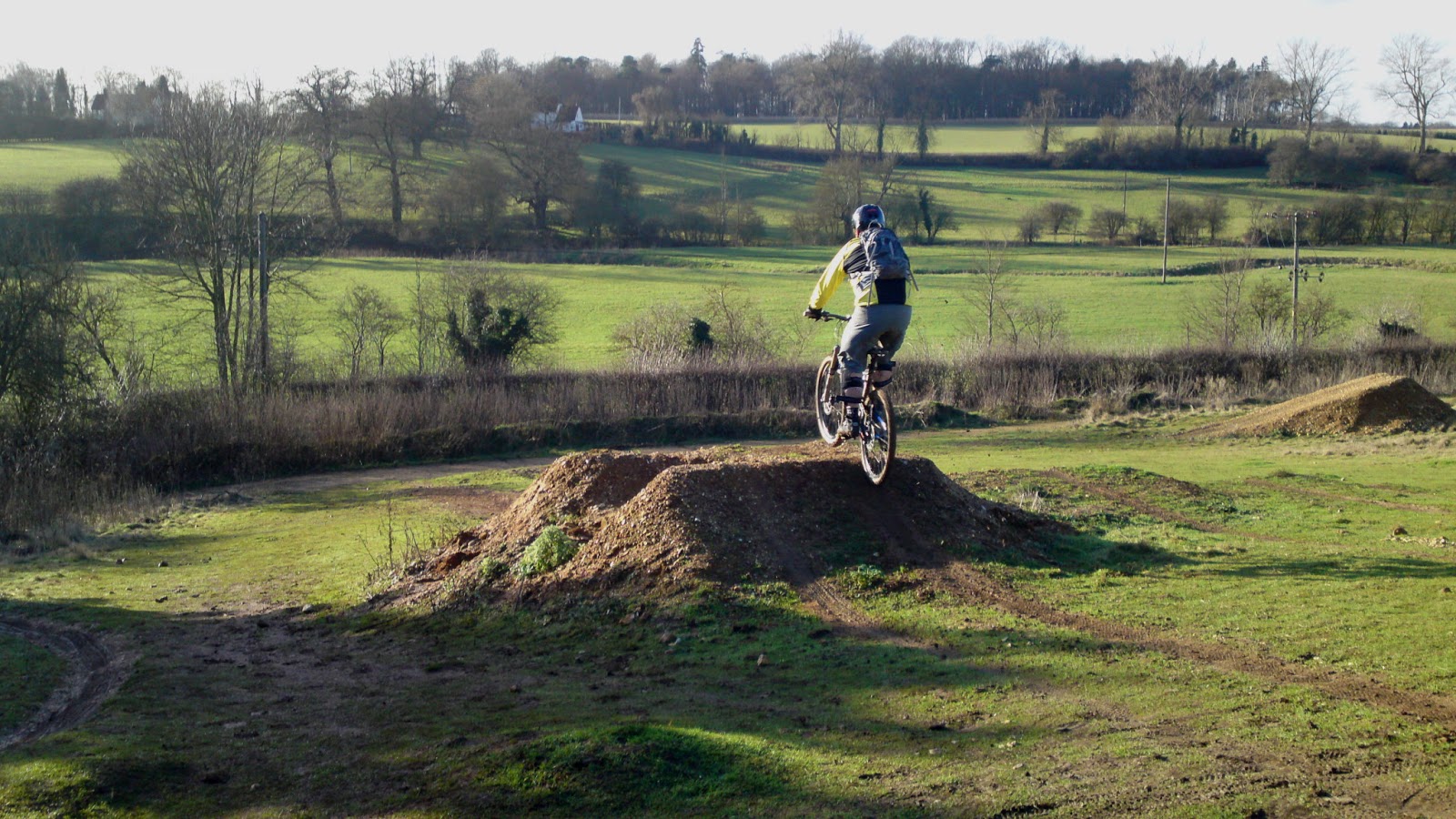 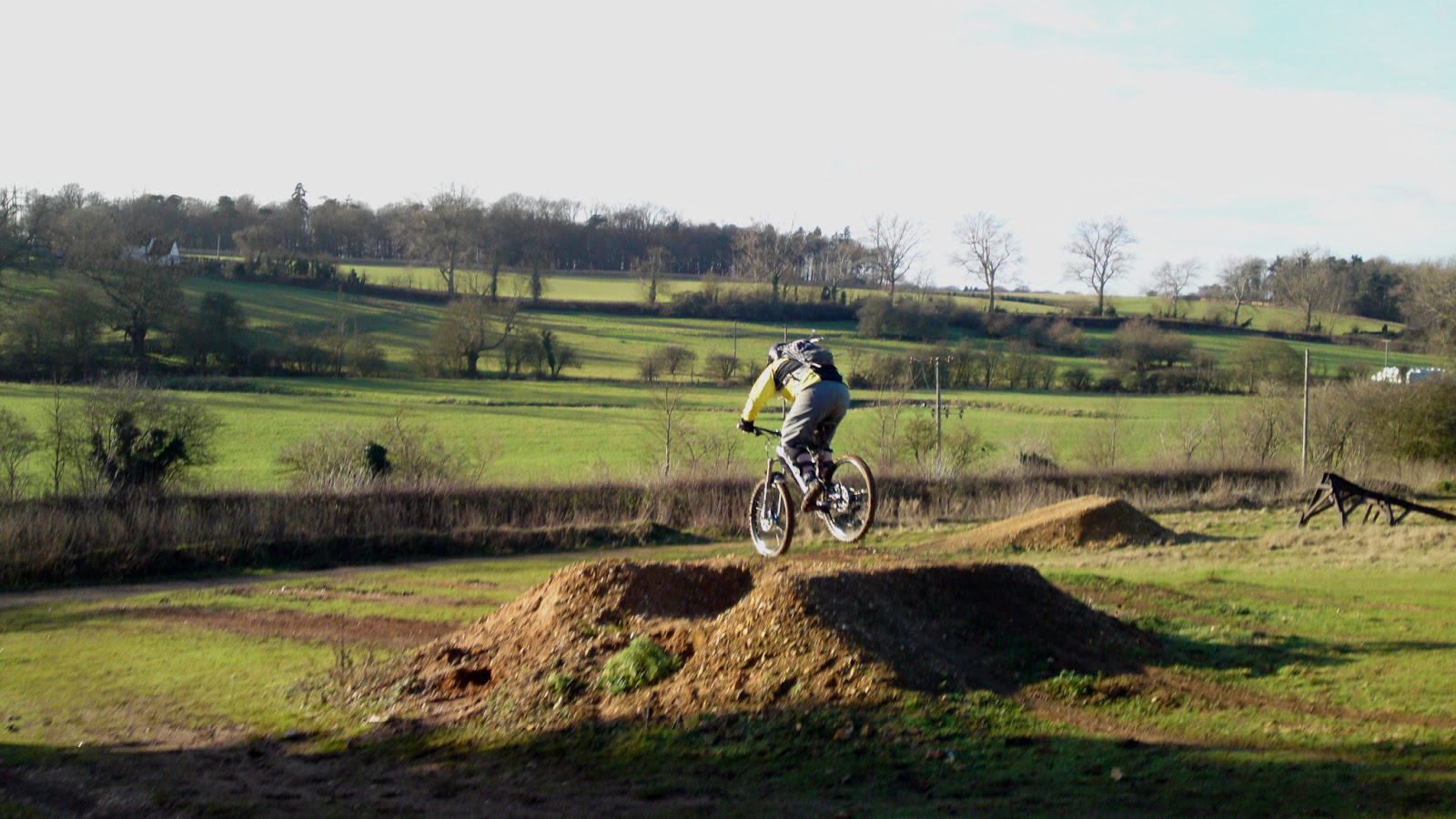 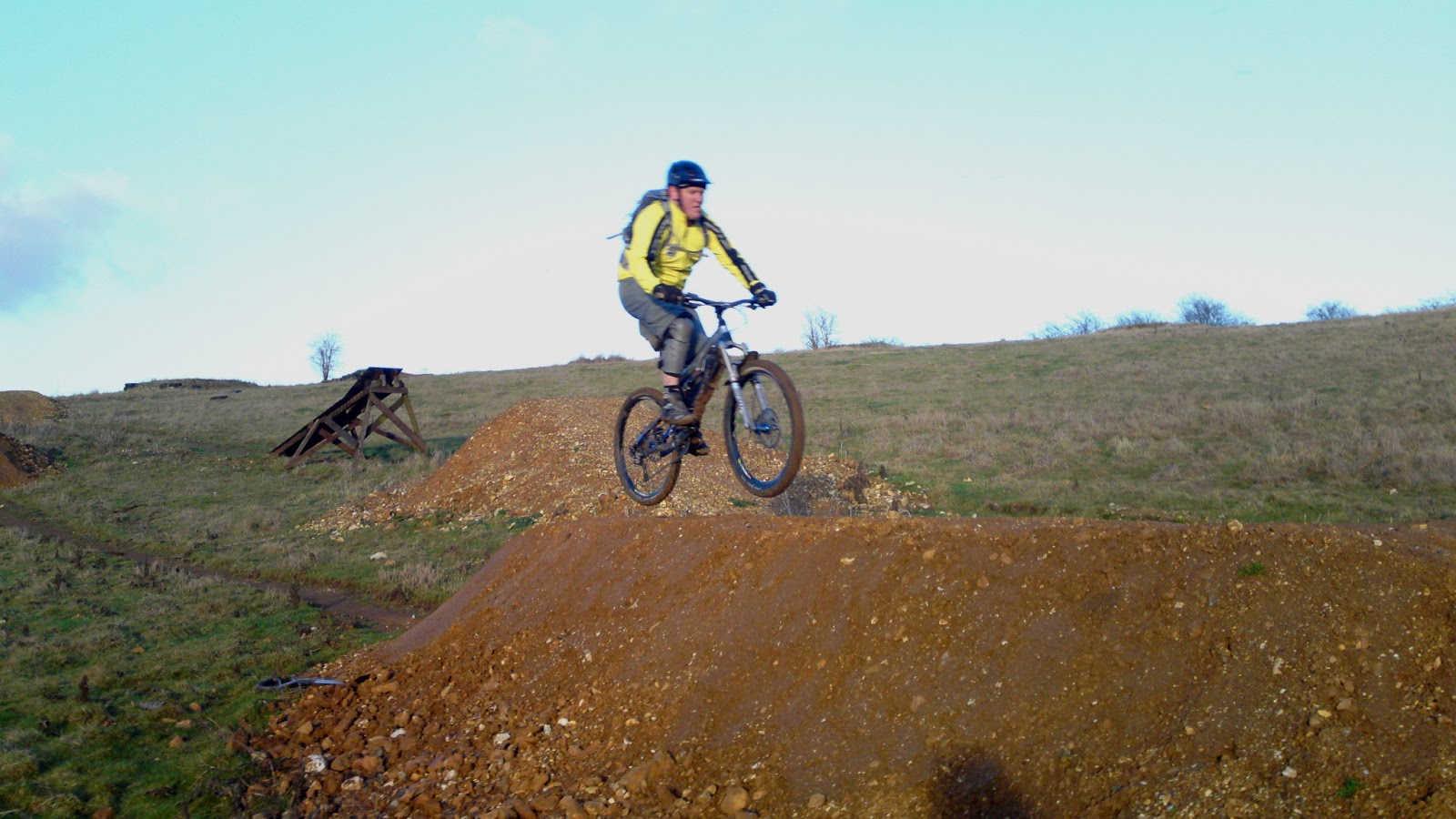 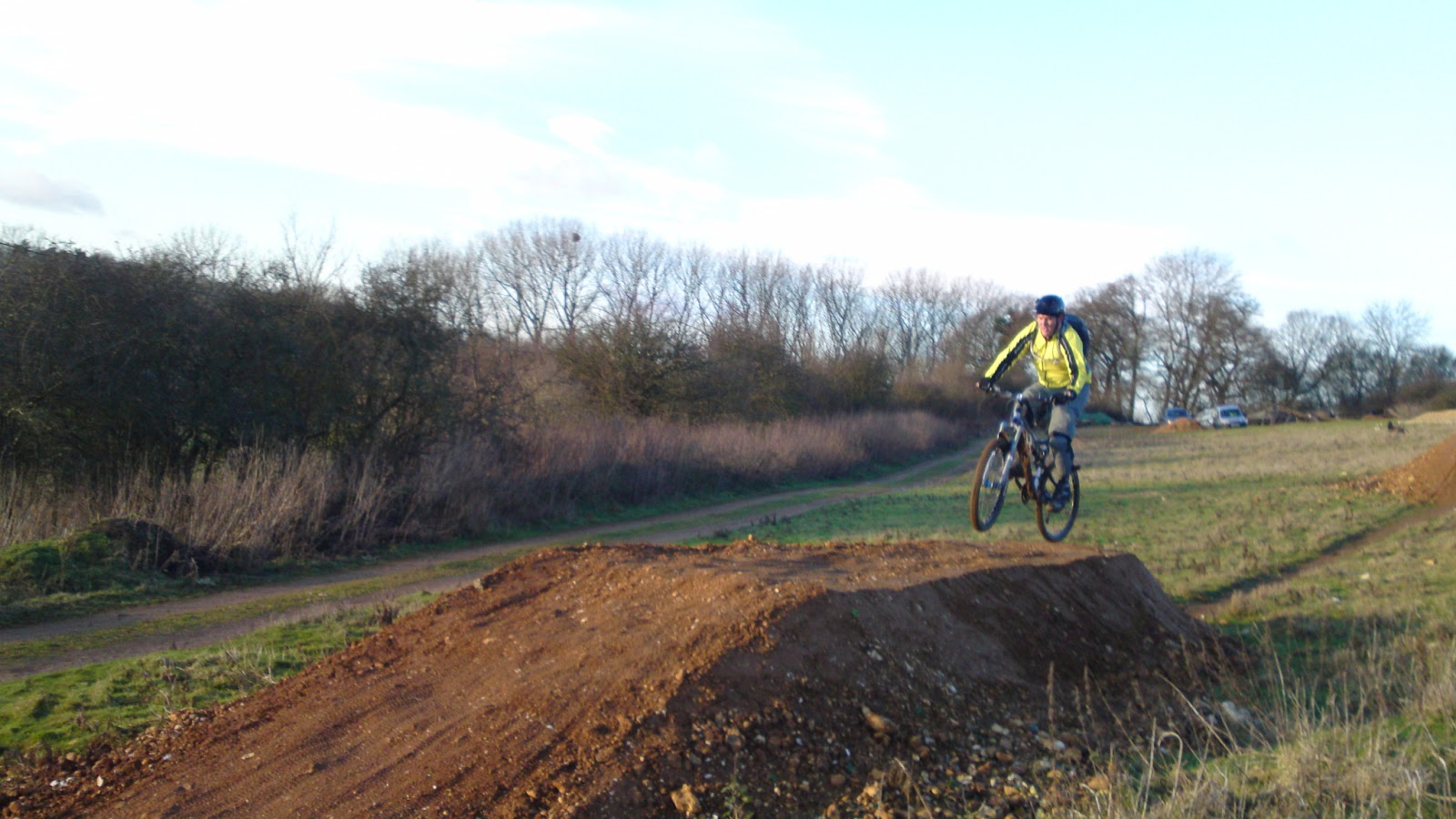 Dan arrived for his session as arranged and on arrival we chatted over a coffee and I knew the session would be working on both the physical and mental skill sets. The skills check showed that I needed to work on body position and looking with him and I made some set up changes to assist this.
1st up were the drop sections and it took no time at all for Dan to ride the first 2 drops and I could see he was protected when faced with the 3rd but that worry would disappear later.
We moved onto the skills trail and i broke the trail into bite sized chunks and we worked on each chunk and the sections contained before riding the whole trail end to end. Rock gardens, pumping, steps, fly out jumps and drops were linked to flat, bermed, off camber and switchback turns. We worked on braking areas and line choice and before long we were riding the trail end to end and any errors were being self diagnosed now and Dan knew why. Linking drops into corners was something we worked hard on and Dan rode both the drops and linked them into the last corner easily.
Now we moved onto jumping tabletops and here I worked hard on his mental skills as Dan had crashed hard the previous year on holiday in Morzine and that bugged him ever since. We worked on body positioning heavily here and gradually added speed until finally Dan cleared the 6ft tabletop . We moved to a much larger jump to remove the fear of the downslope and Dan really blossomed and began popping into the air comfortably. The mental aspect of the session really drained Dan but the session didn’t end until he went back to the drop that bugged him early in the day and rode it with ease.
Awesome session
High5!