Darren makes the trip from Cardiff 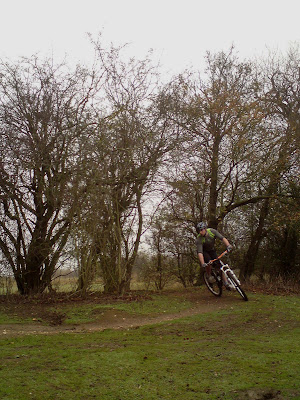 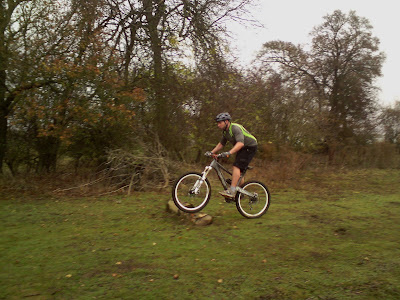 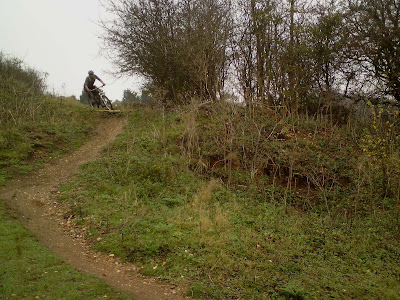 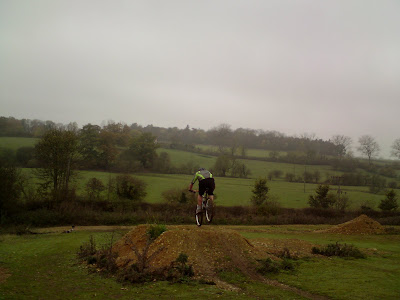 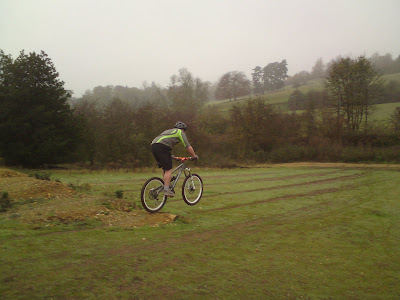 Darren stayed at a local hotel so he could be fresh for the session. On arriving we spoke about his aspirations over a coffee and that he couldn’t manual or bunny hop . I began as always with the skills check. This revealed footwork, looking and body position faults and after I had re set his bike set up everything began changing. Suddenly he found that he could manual for a short distance and the smile beamed across his face.
We moved onto the drops and applied his new skills set to that technique and the ease of it all surprised him.

After a while, we moved onto the skills trail and I worked on pumping and using the harnessed energy to save pedaling. I demonstrated and then Darren linked it into the following 5 sections.

We linked pump bumps, flat, bermed, switchback and off camber corners to rock gardens, steps, fly out jumps and drops. I worked hard on line choice and also moved his body position in all areas and in the wet, he could feel the enhanced grip this offered.
It soon came time to ride the entire trail end to end and Darren really began to flow. Yes, there were a couple of errors but he was now fully aware of why and he knew how and why to correct it.
Finally, it came time to move onto what proved to be our final application of the mental and physical skill set, jumping tabletops.
Darren said to me at the beginning that he’d love to be able to jump over them and not have to do his usual roll over them. Due to an accident a while ago on a tabletop at a welsh trail center, Darren had a protective mechanism that needed to be recognised and therefore removed before he would commit and feel confident enough to apply his new skills set to this and soon he was ailing over the 6ft tabletop jump.

It was so cool to witness the emergence of the rider in Darren that was hidden away no longer.
Our session came to an end soon after as mental and physical tiredness began to appear.
Great session dude!