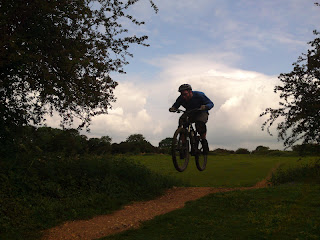 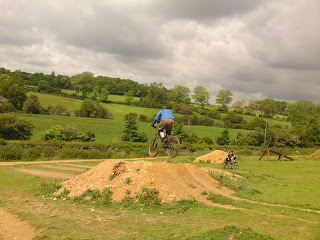 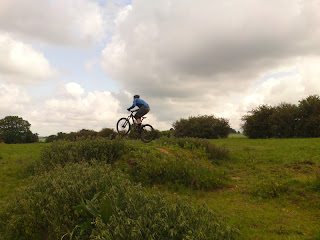 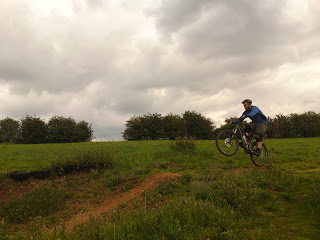 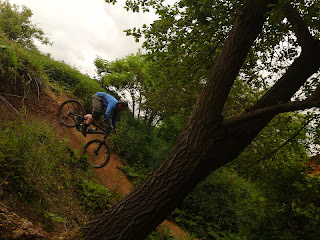 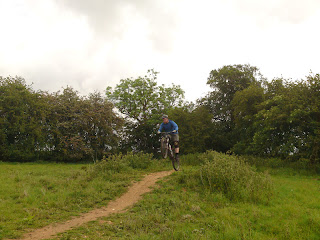 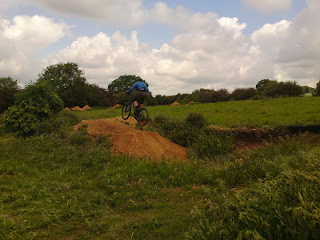 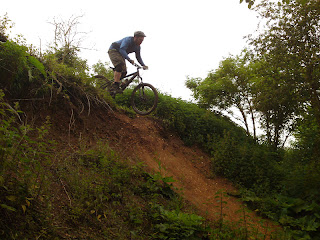 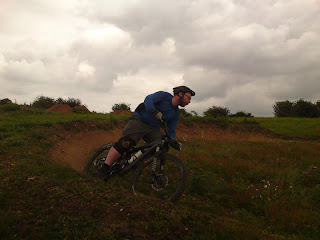 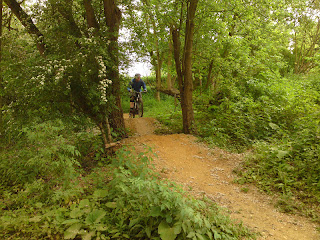 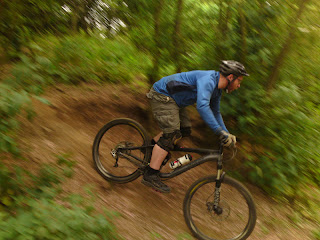 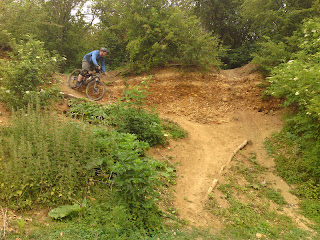 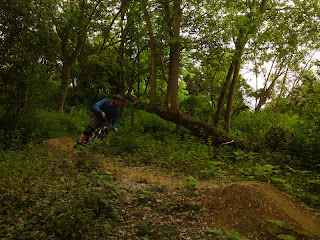 Chris returned to me for his 3rd session and this time I worked on his positioning on his bike and choosing to get air or to absorb sections. We began with pumping and absorbing on the fly out jump of the skills area and then moved onto the pump and jump trail to develop it further.
We used the entire trail to choose whether to pump, jump or manual sections of the trail and as the pictures show, he was getting it!
I worked on body positioning extensively and then began working on the mental skill set as we moved onto riding steep stuff and choosing to roll or drop them.

I demonstrated using the drop technique plus different ways of dropping in to them too. the ease of the techniques stunned him and after a while we moved onto the steep turns of the alpine style switchbacks. Footwork, looking and body position were as always used and any errors were identified when they were missing.

We moved onto the new singletrack and broke it down into thirds before linking it all together. It is faster on this trail and controlling that speed and dealing with sections that come thick and  fast is the difficulty but Chris got to grips with it and began linking it up so sweetly. After quite a few runs, we moved onto the woodwork but mental tiredness had got Chris once again and our session ended there.
It has been amazing to coach Chris over the years and to see his development from being unable to do drops to now choosing wether to or not with ease.
High5!