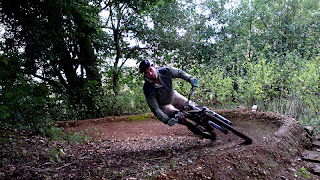 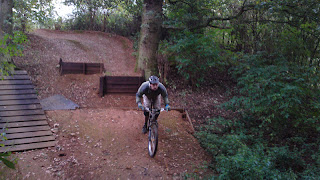 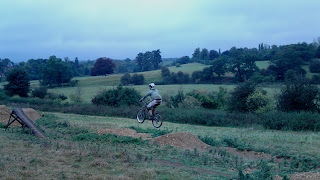 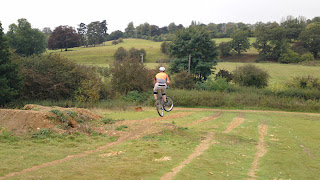 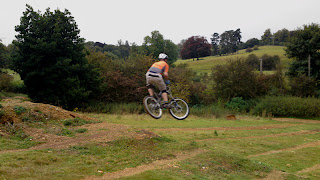 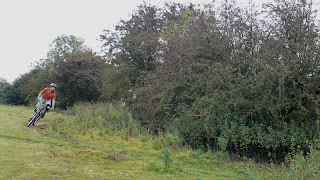 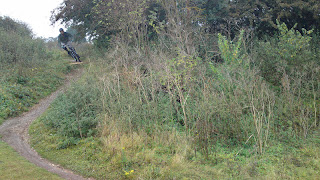 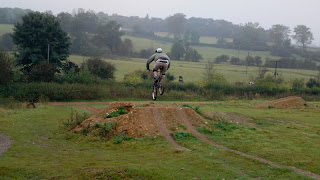 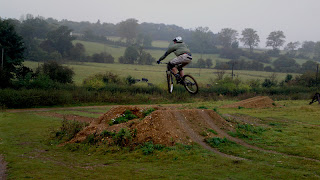 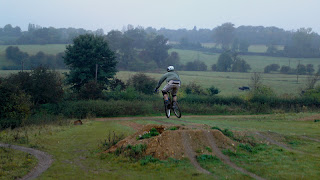 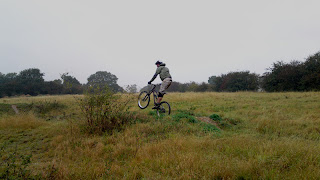 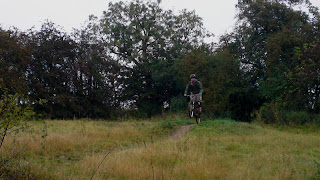 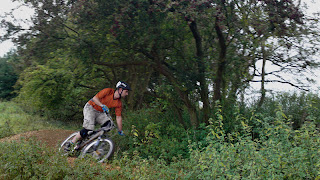 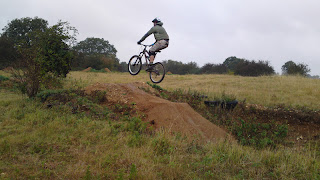 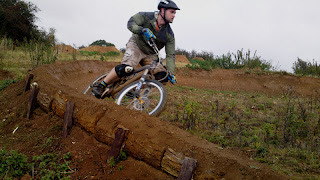 Dave’s been riding for years and had stagnated his riding and began to develop a lack of confidence in his own ability so he rang me and booked a session. On meeting, I ran him through my skills check and identified that he needed work on his body positioning and looking skills and I would also work on his mental skill set also. I changed his set up and showed him why and the effect was felt by him immediately as unweighting the front wheel was so much easier than ever.
On the drop technique, I demonstrated the technique and also how to style it in the air too and Dave followed suit. A body position correction exercise followed and then we moved onto the skills trail itself. Pre jumping, Pumping and absorbing, rock gardens, steps and drops were linked to berms, flat, switchback and off camber turns.

We worked methodically down the trail, always linking the previous sections to the new ones and soon Dave was riding the entire trail end to end. I worked hard on line choice and braking technique when  linking drops into corners too and now any errors were self diagnosed as he knew why.
We moved onto the 6ft tabletop and gap jump and he quickly rode the tabletop and styled it too before moving over to the gap and doing the same.
Onto the pump and jump trail next and I worked on pumping, jumping, manuals and nose manuals to connect Dave to the trail and to his surprise, he quickly got to grips with it all.

I could see he was tiring but I wanted to ramp it up slightly and work on the mental aspect of his skill set so we linked a corner, 9ft gap jump and a berm together. Dave had a fear of square edge gap jumps and I worked on this and he sailed over it perfectly 1st go.

After a few goes we returned to the pump and jump trail to further polish his skills set until mental tiredness hit and our session ended. Awesome riding Dave and I’m looking forward to riding with you again.
High5!