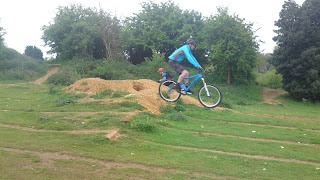 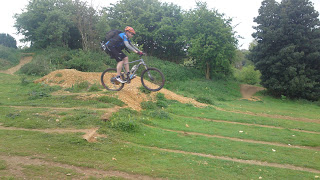 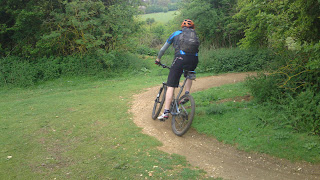 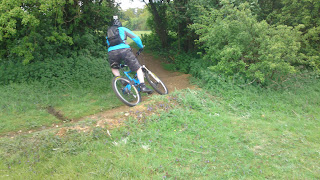 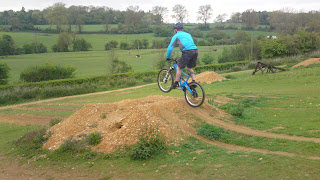 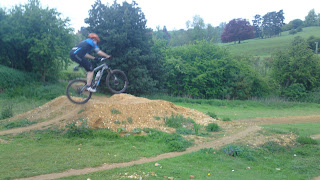 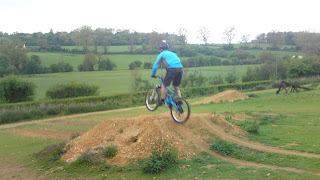 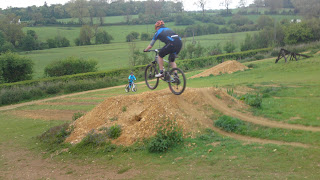 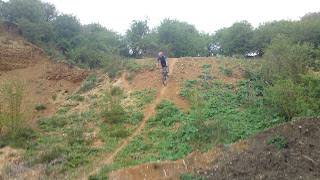 Ed and Greg came for a two to one session, and as tonys riders didn’t show up, he spent the day milling around in the background. We started the session with the skills checks, where i discovered that i needed to work on all four skills in ed’s corners technique, and Greg already had perfect footwork, i just needed to work on the other components. I also found that they both unweighted the bike naturally, and that i just needed to work on looking. I explained what was needed and they quickly understood, and after a slight set up change to both their bikes, we moved onto the drop technique. Here i described the mental skill set and how they can use these in their riding, and before long, they where riding of the largest drop perfectly, and even making it look nice in the air. I then moved them on, and before taking them to the trail, i gave them a quick cornering exercise where they could really experiment with their body position in cornering, and once they understood this, i moved them onto the trail, and here they began to link bermed and flat corners, rock gardens, fly outs, steps and drops, and was riding the trail quickly and in control. After a quick lunch break, i moved them onto the table top, where they controlled their speed, so they had one less skill to worry about, and before long, where both clearing a 6ft table top and a 6ft gap jump. I then showed them some steeper stuff, both with and without apexes, where i showed them how their new set up can keep them behind their bikes, and they were both comfortably rolling in, both straight and sideways. I then showed them some wooden ladders, where i showed them how to control it if it goes wrong, and they quickly demonstrated that they could do this, and where soon riding wooden ladder gap drops. I then showed them a pump and jump trail, where they could use pumping in order to generate enough speed to jump certain mounds in the trail. They where soon riding the trail top to bottom  making choices whether to pump or jump certain sections in the trail. I then showed them a final trail, which involved steeper roll ins, corners, fade away jumps, bus stops, gap jumps, and they linked it in with the steeper stuff they rode earlier, ending our session in a great way.
Nice one guys!
Nath.
By Tony Doyle|2013-05-18T22:03:00+00:00May 18th, 2013|Uncategorized|1 Comment