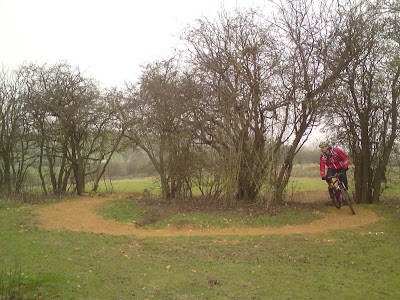 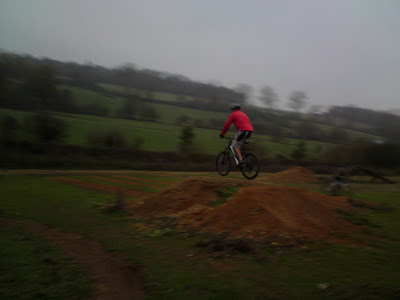 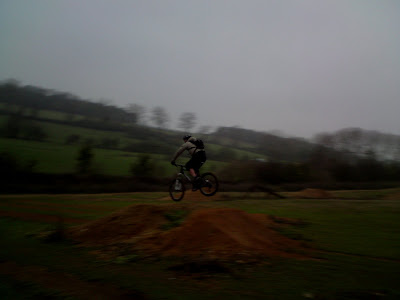 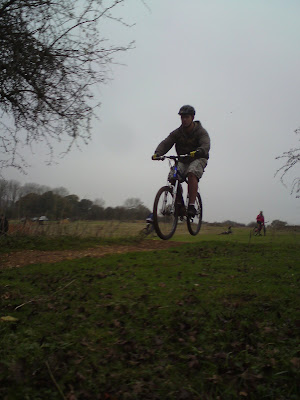 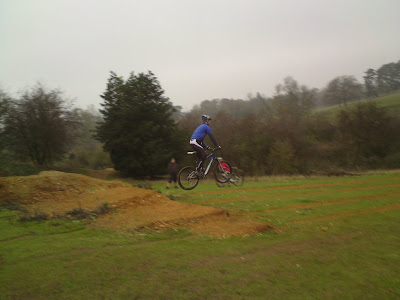 Dale, Graham, Gavin, John and Eton turned up as arranged and I gave them an outline for the beginning of the session. I began with the skills check as always and that reveals the missing and also the present skills and I adjusted their set ups accordingly.

In a short time, All of them were riding drops with a new body position and enhanced looking skills.

The lads were all surprised how easy it now felt as opposed to the old techniques they were trying.
From there we moved onto the trail and I began with pumping and using the gained speed to ride the following berm and flat corner. I later added the rock garden and 2 more corners into the mix and their new footwork, body position and looking skills enabled them to mange their speeds comfortably. As we worked down the trail, we linked fly out jumps, steps and drops to more berms, off camber and switchback turns and before long, they were riding the trail end to end. Each run that they did was smoother and faster than the previous ones and after quite a few runs it was time to move off the trail and onto our final task.
I have a 6ft tabletop and gap jump and none of the lads thought they’d ever be jumping it, but that changed quite quickly as they each applied their mental skills questions to decide whether they could ride them.

One by one they sailed over the 6ft tabletop and the ease of the technique surprised them as they applied the same skill set they had been using all session.

Then one by one , of their own accord they began riding the gap jump also. The session came to a close after they had all began to tire not just mentally but also physically and myself and Paul gave a riding demonstration of the same skill set in use in our own riding.
Great group session guys!