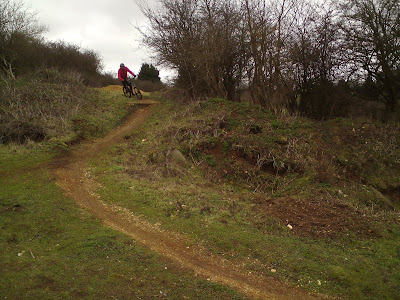 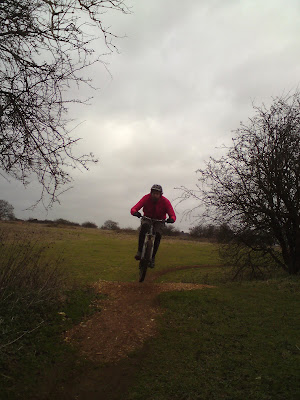 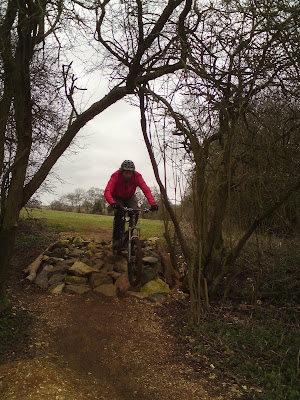 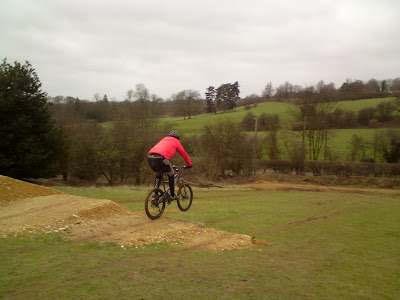 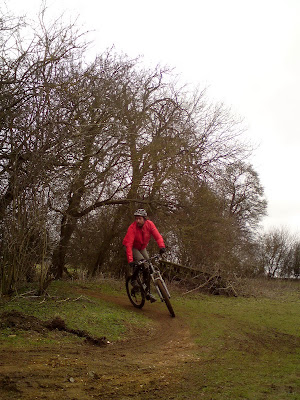 John came all the way down to see me from Chester. He wanted to find what was holding him back riding wise and why. During the skills check I found the answer and began working on his footwork and looking skills straight away. I discovered that he possessed a great push to unweight but it was bogged down under a missing skill. Having corrected these, We moved onto applying them to techniques, beginning with drops.
In no time at all John was riding off the drops and landing perfectly. John remarked how simple it all felt, that’s the point! Riding bikes is not a difficult thing as such and it’s the bad habits picked up along the way that create problems.
Next up we moved onto the trail and worked on pumping, steps, rocks, jumping and linking sections together. We worked heavily on cornering too! Flat, bermed, switchback and off camber corners were worked on and we even linked them into drops and out again.
John was convinced he couldn’t get airtime jumping until I showed him how to apply his skills and then he was airborne and landing sweetly, much to his surprise.
We rode the whole trail together a few times, linking all the sections together and using the correct braking areas too. The flow was there and John could feel it!
After nearly 5 hours, John began showing signs of mental fatigue so our session ended.
A truly great session! High5 John.