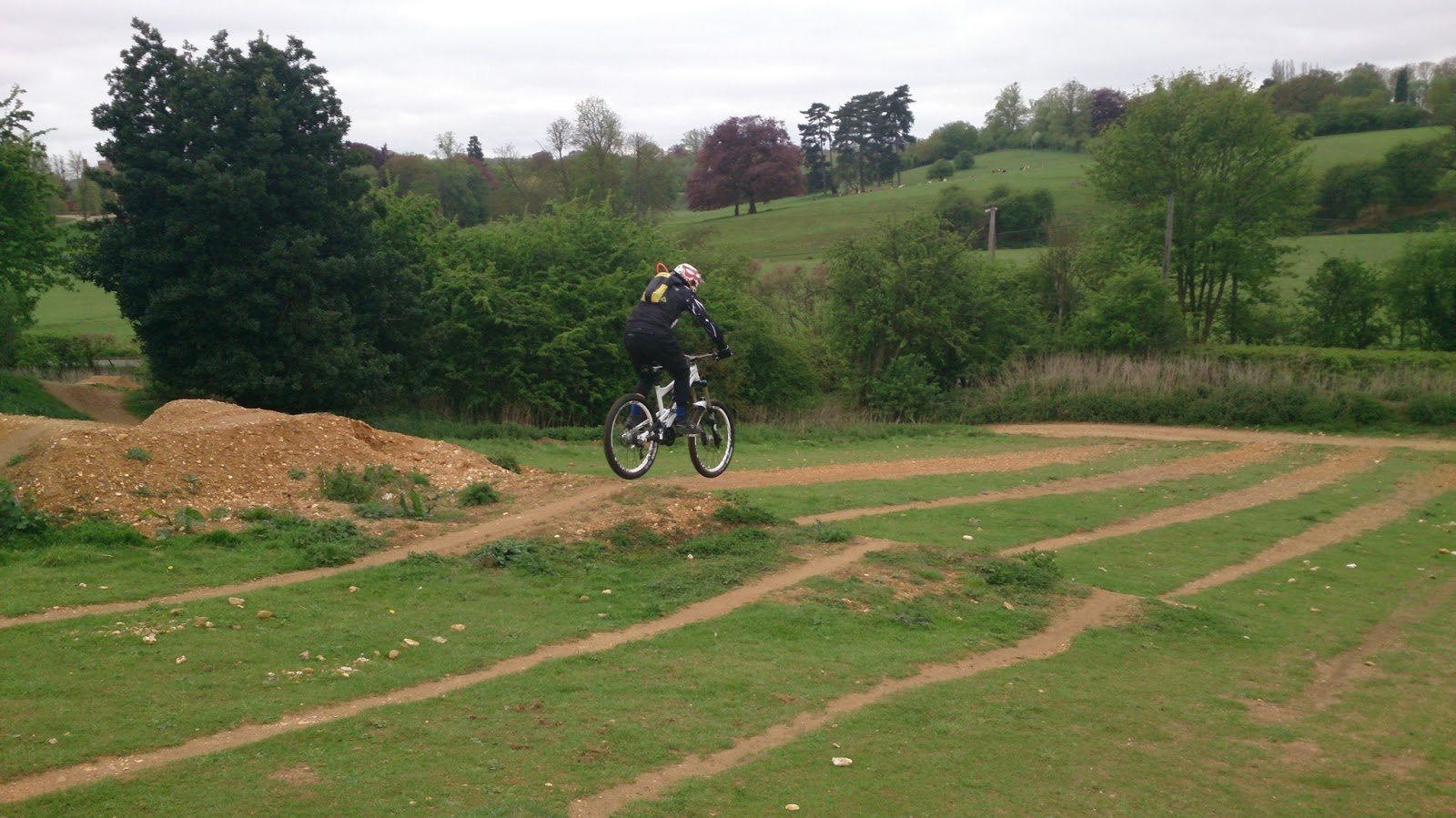 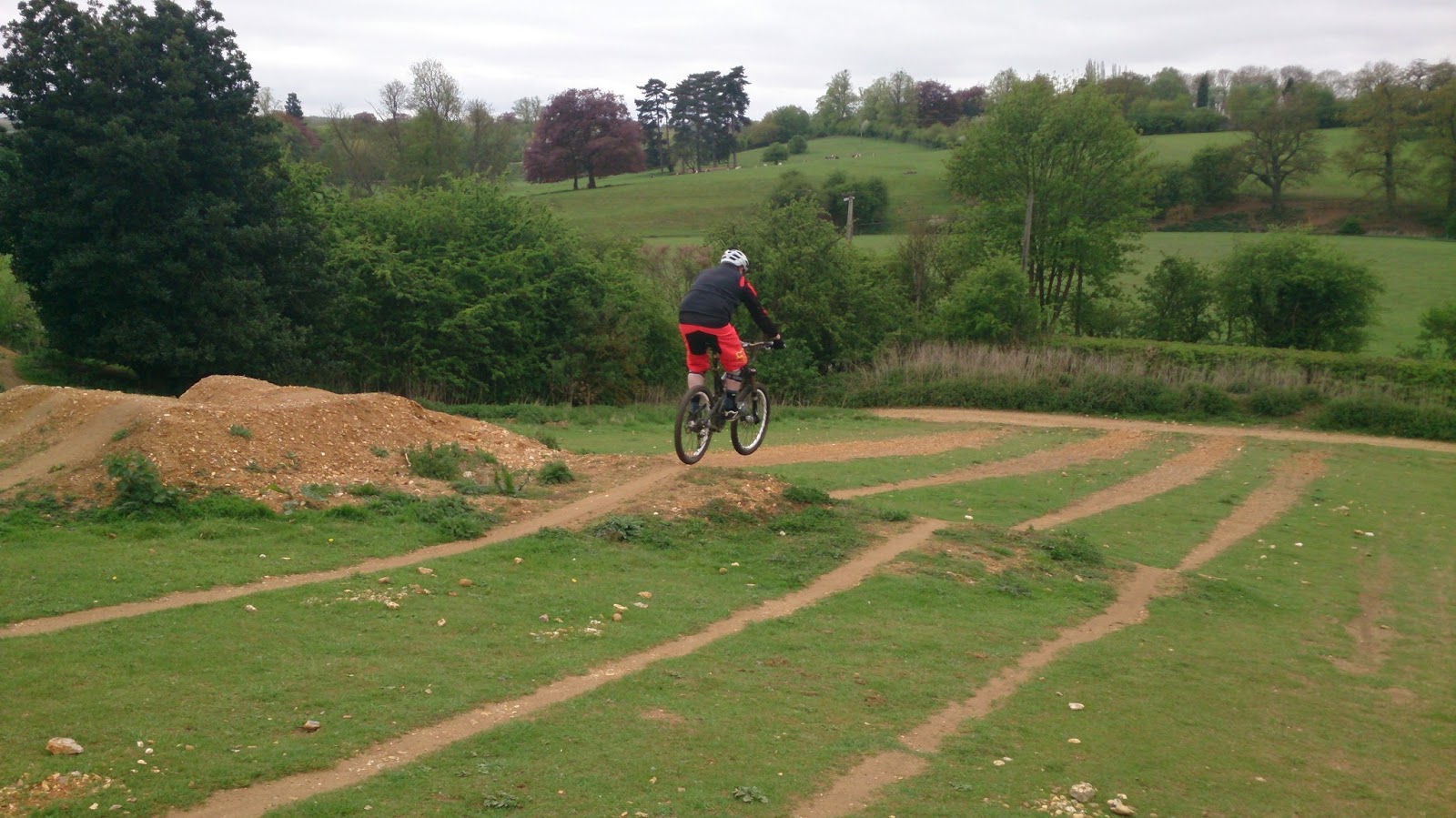 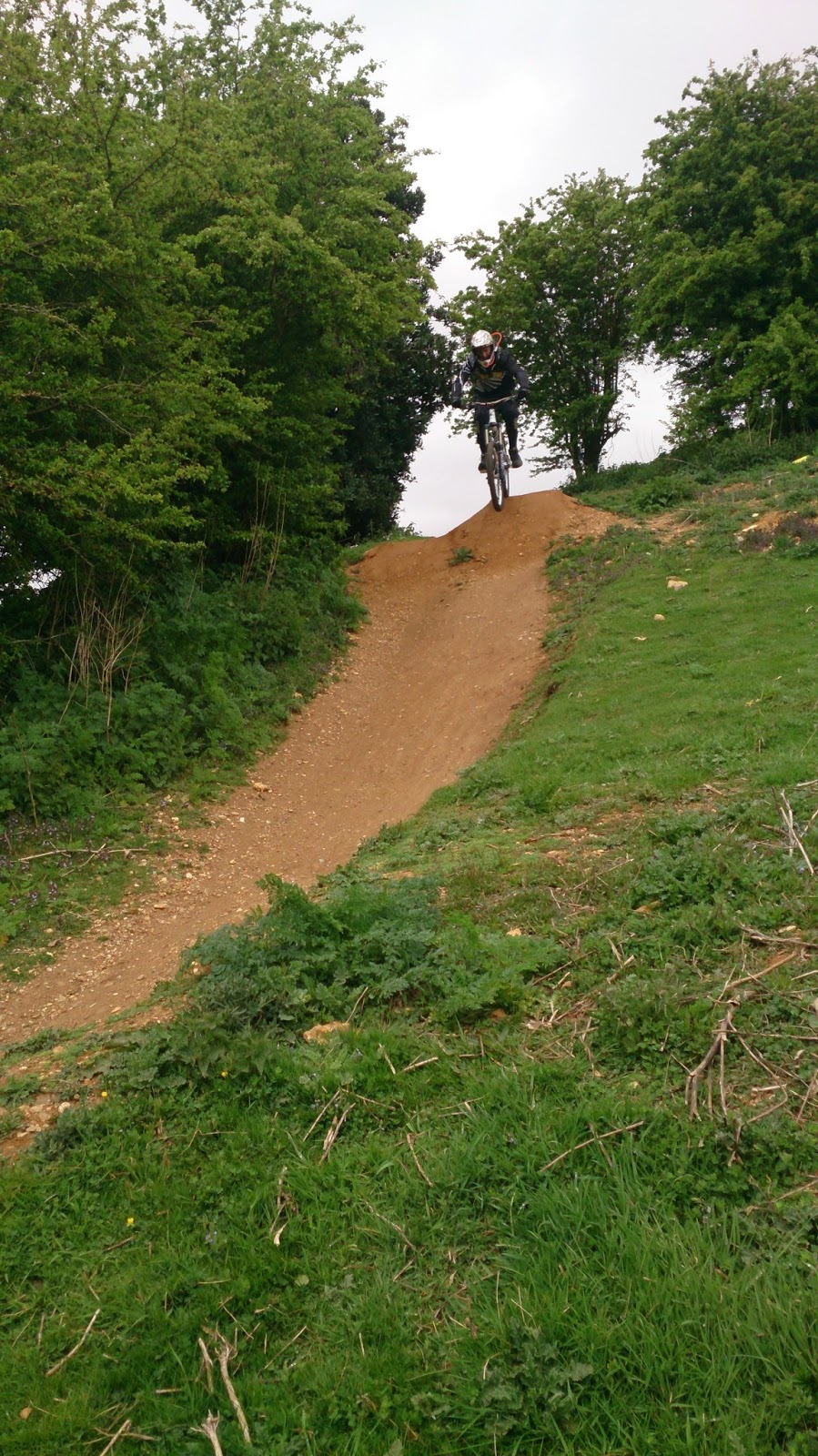 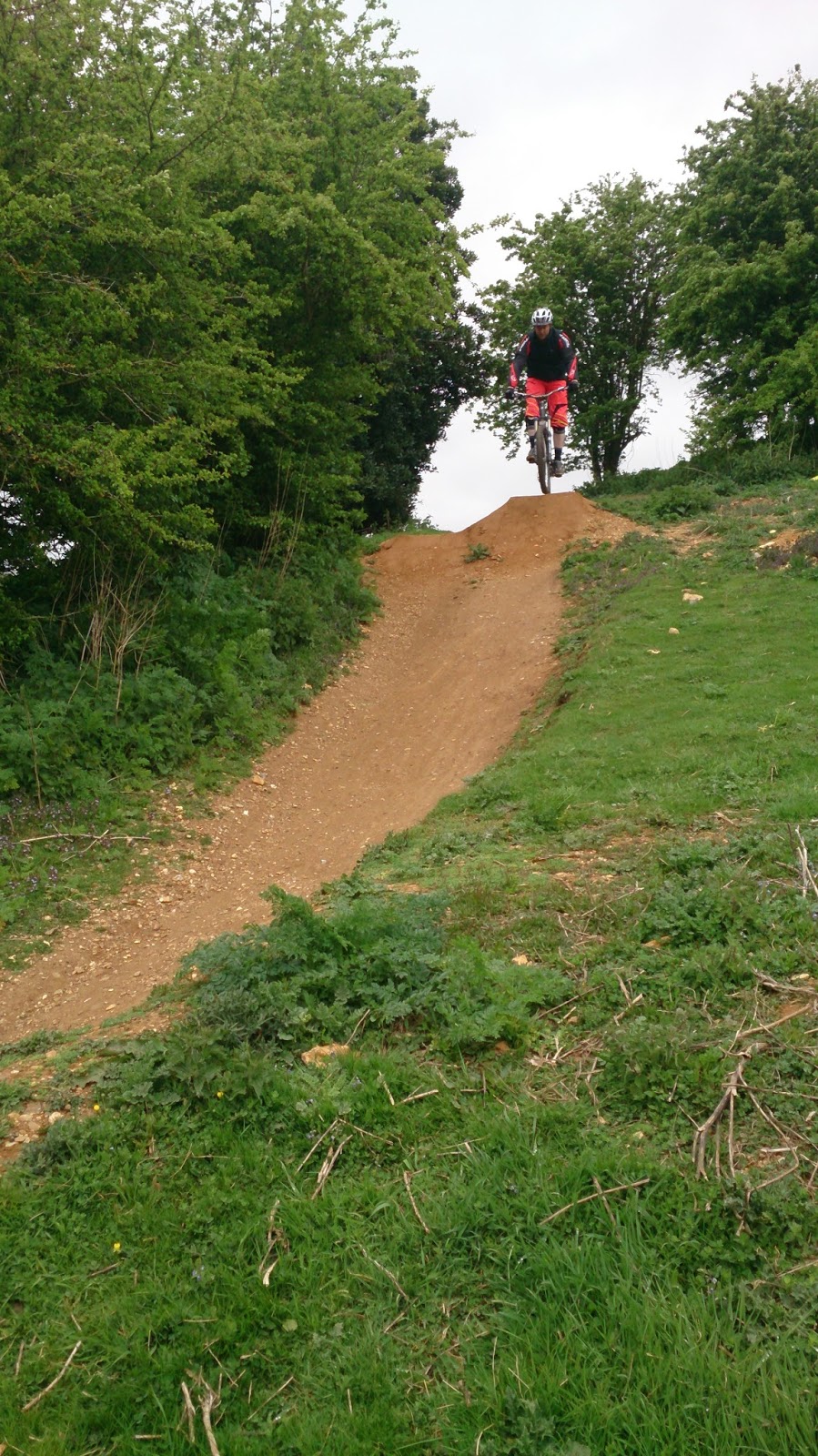 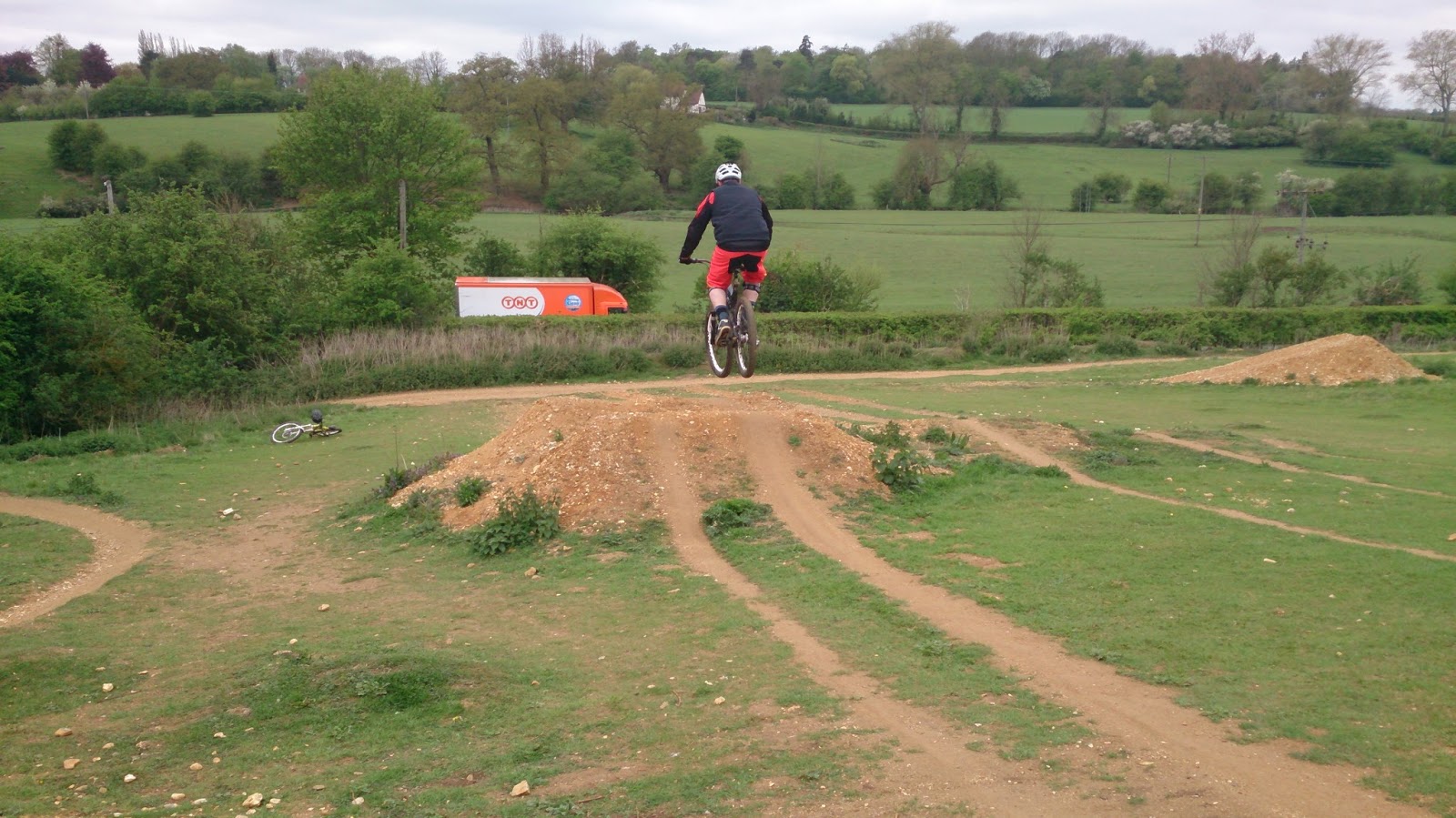 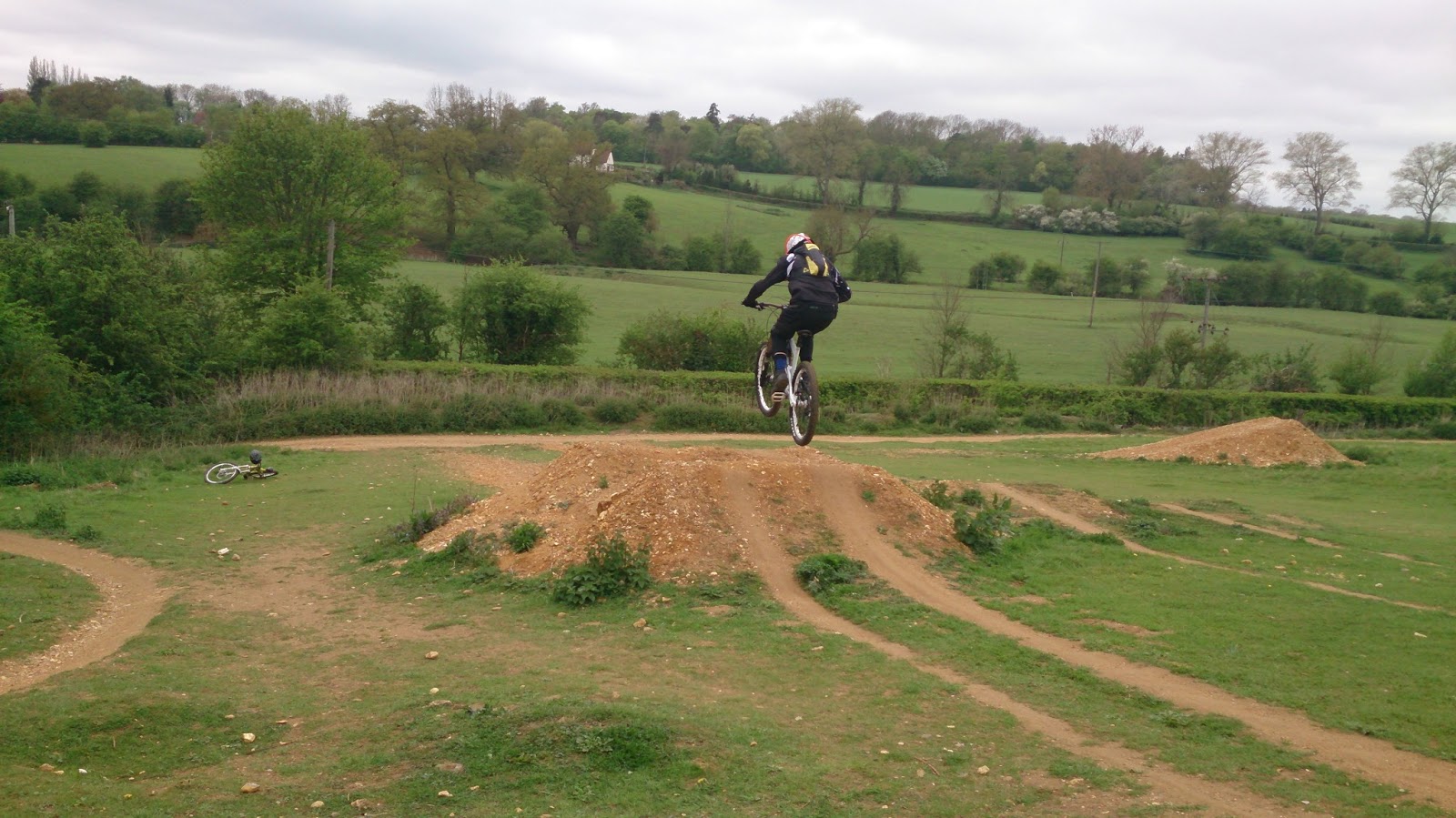 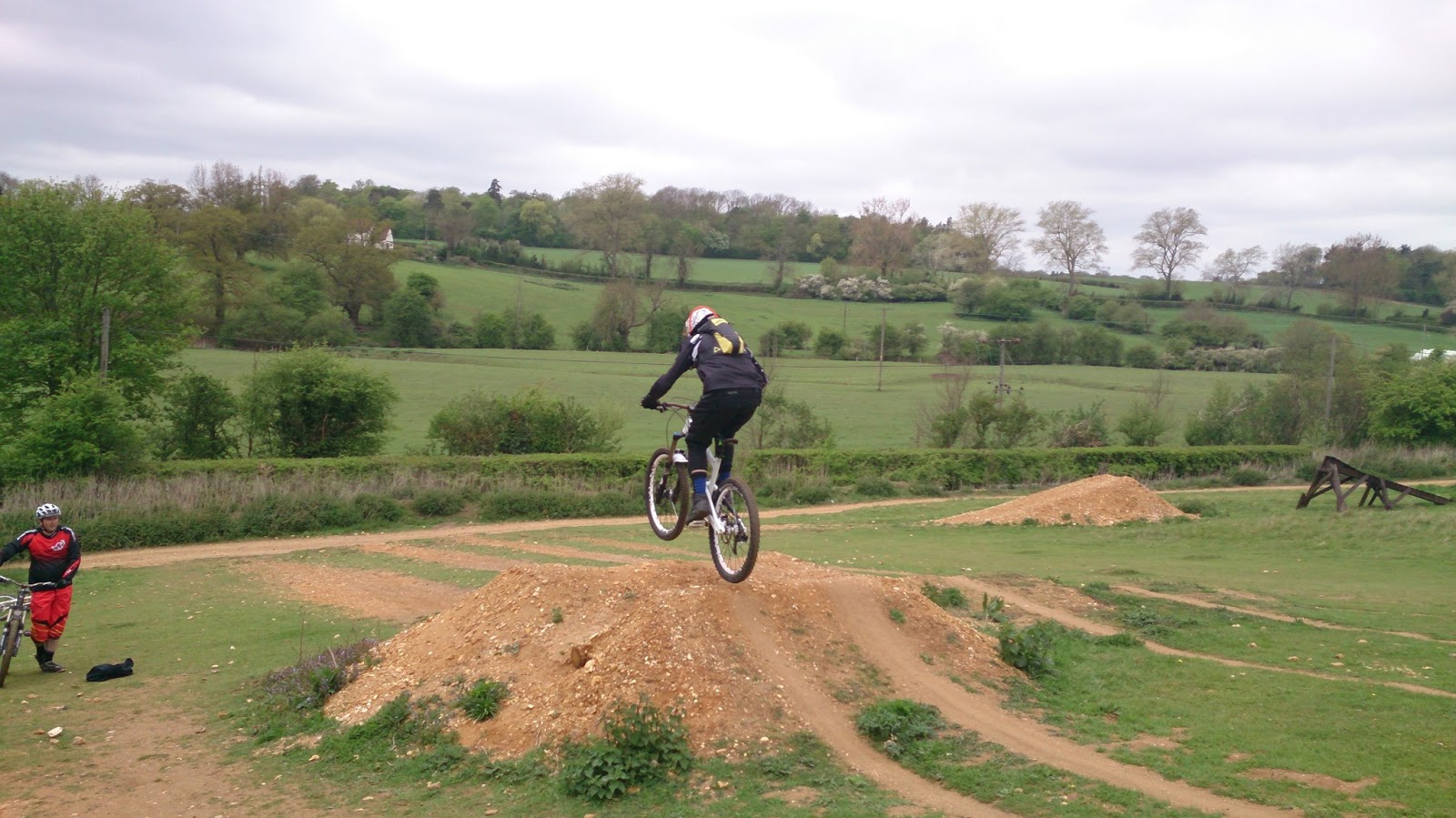 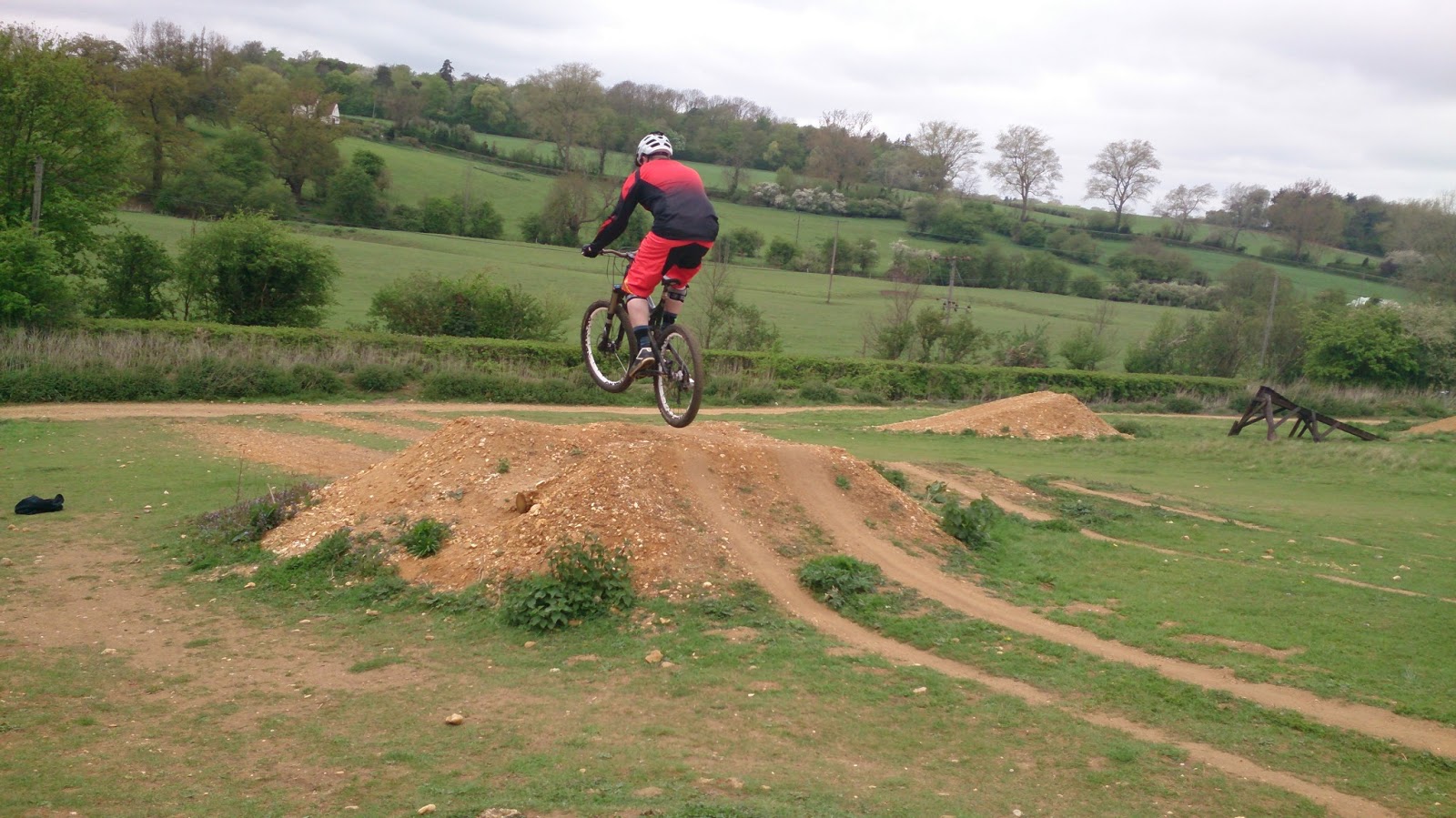 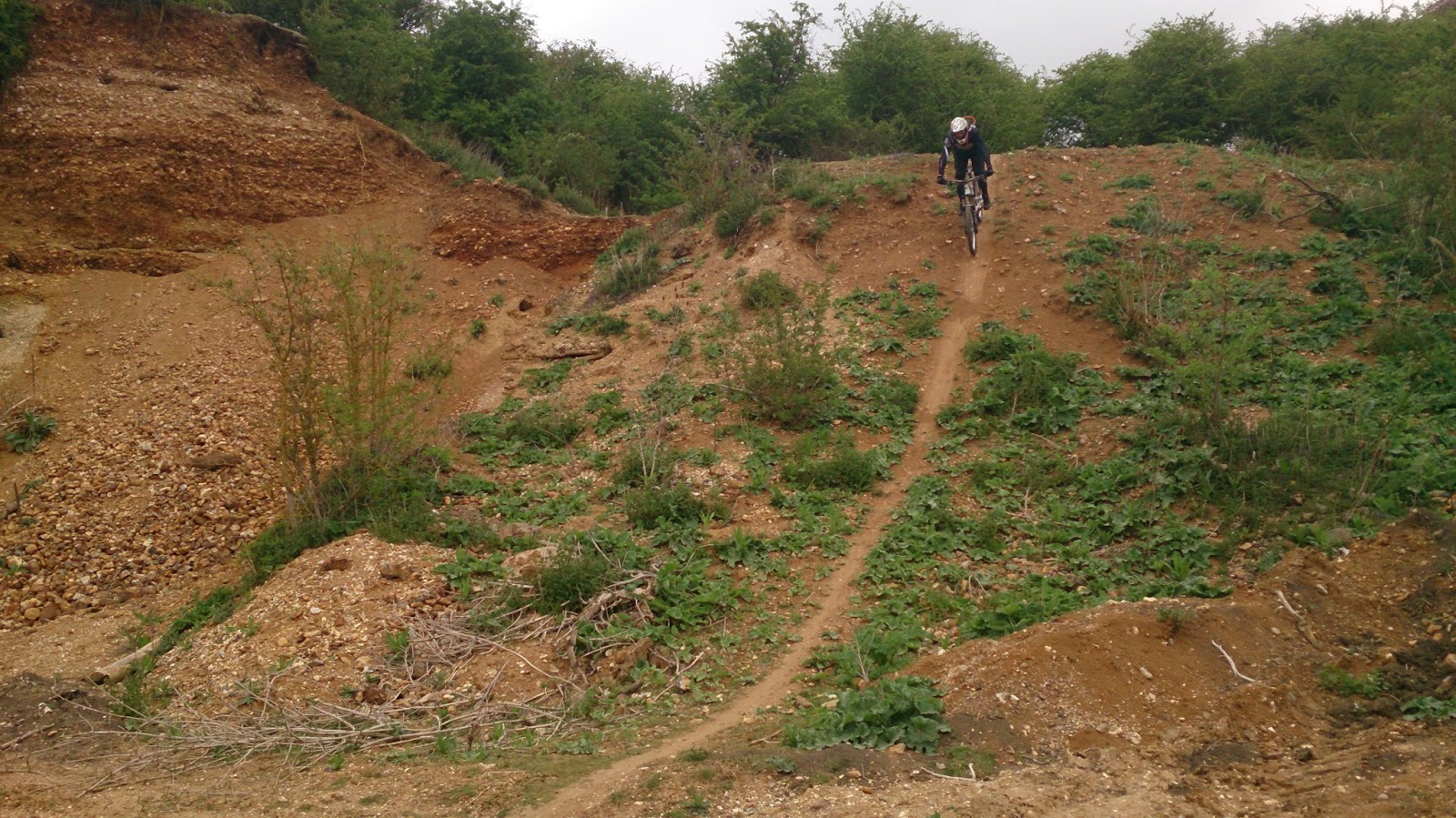 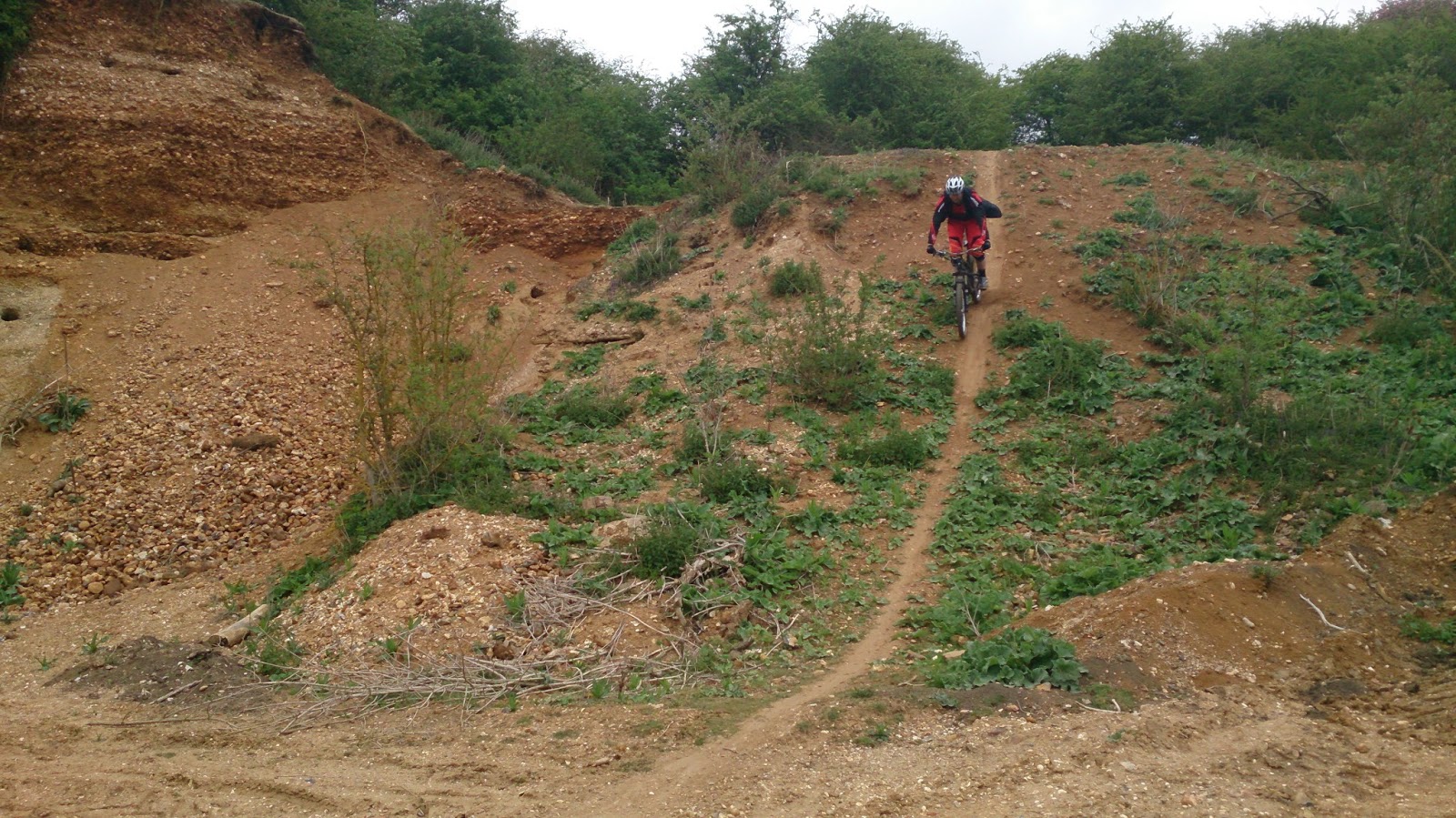 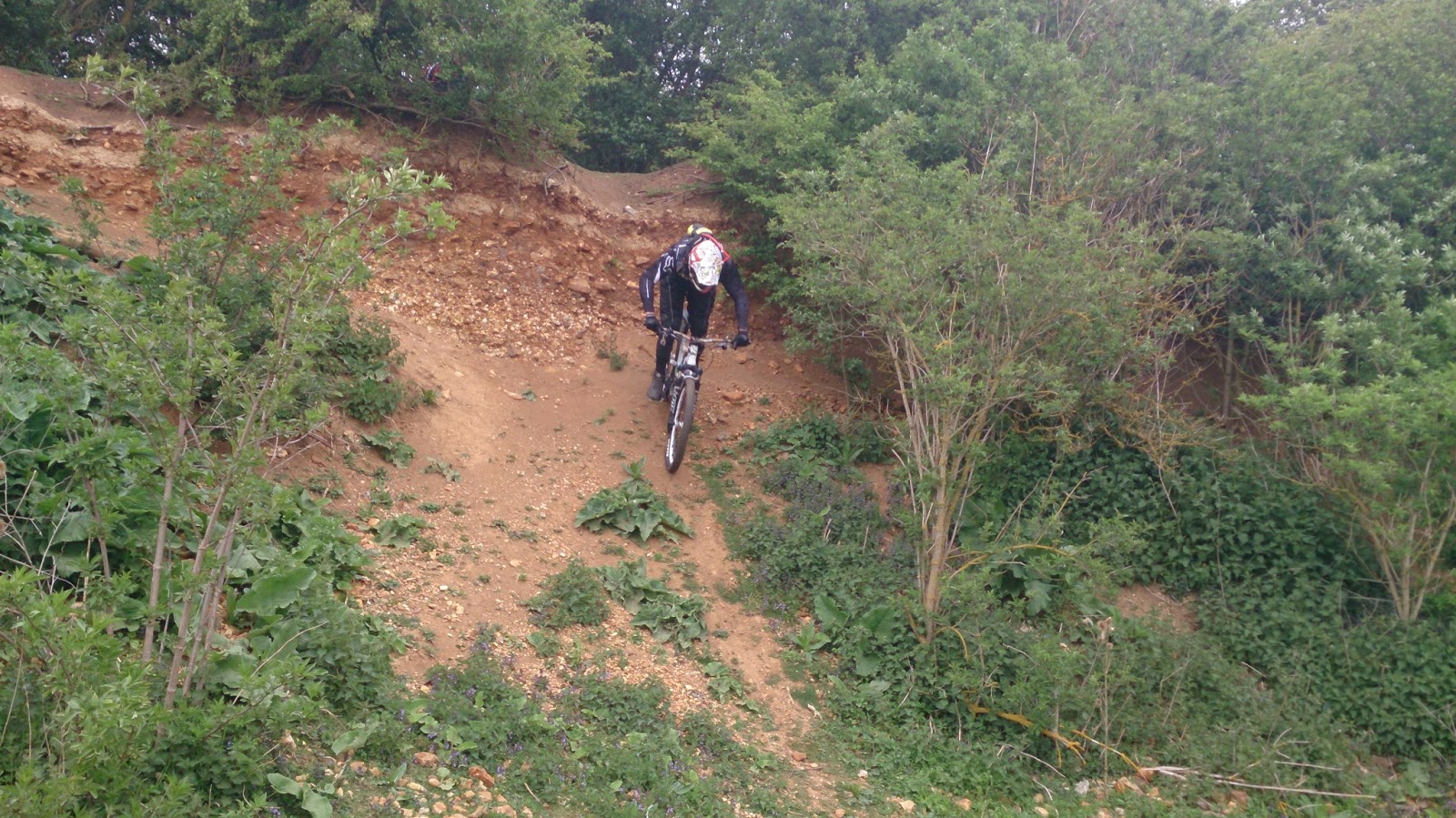 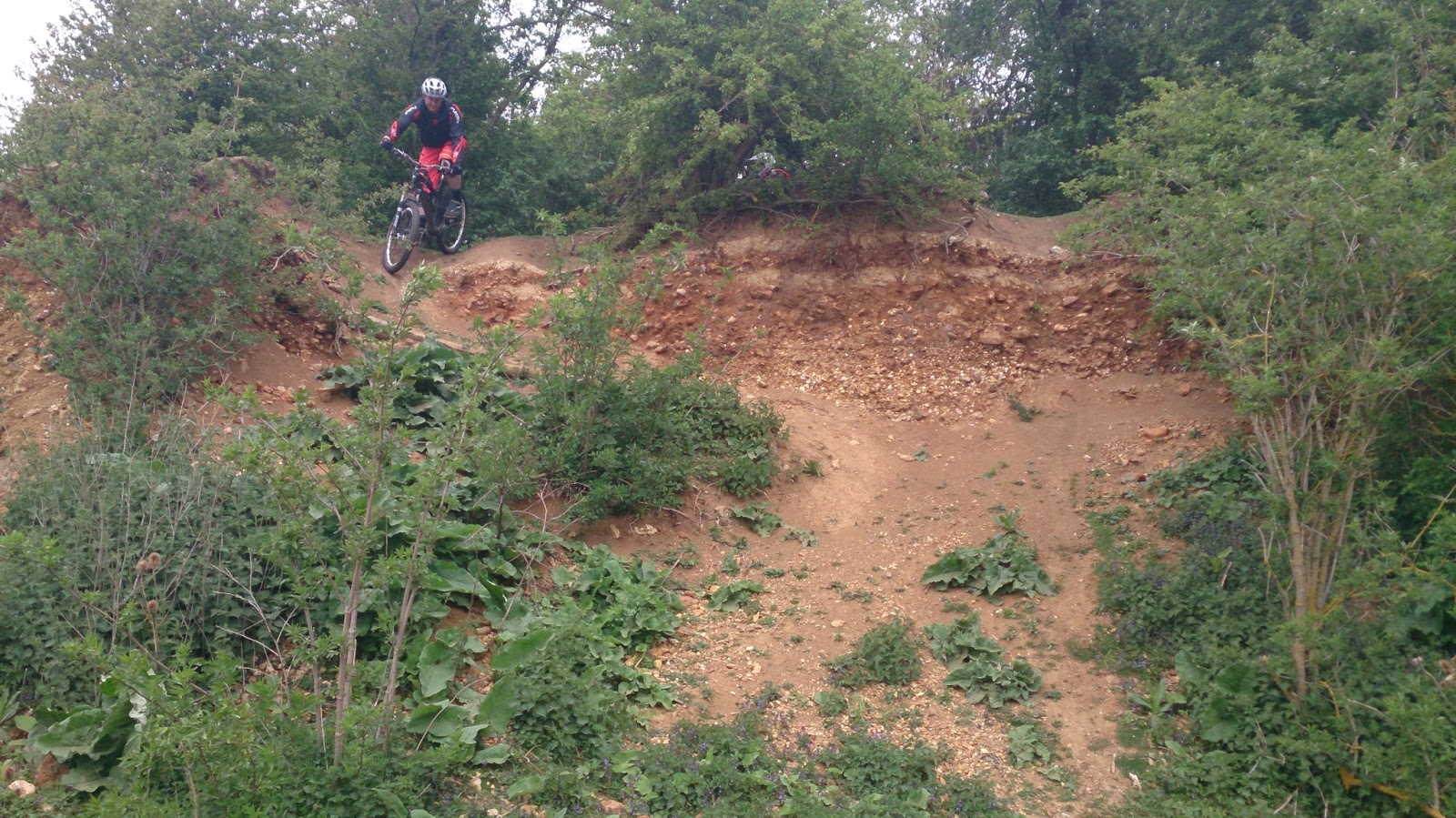 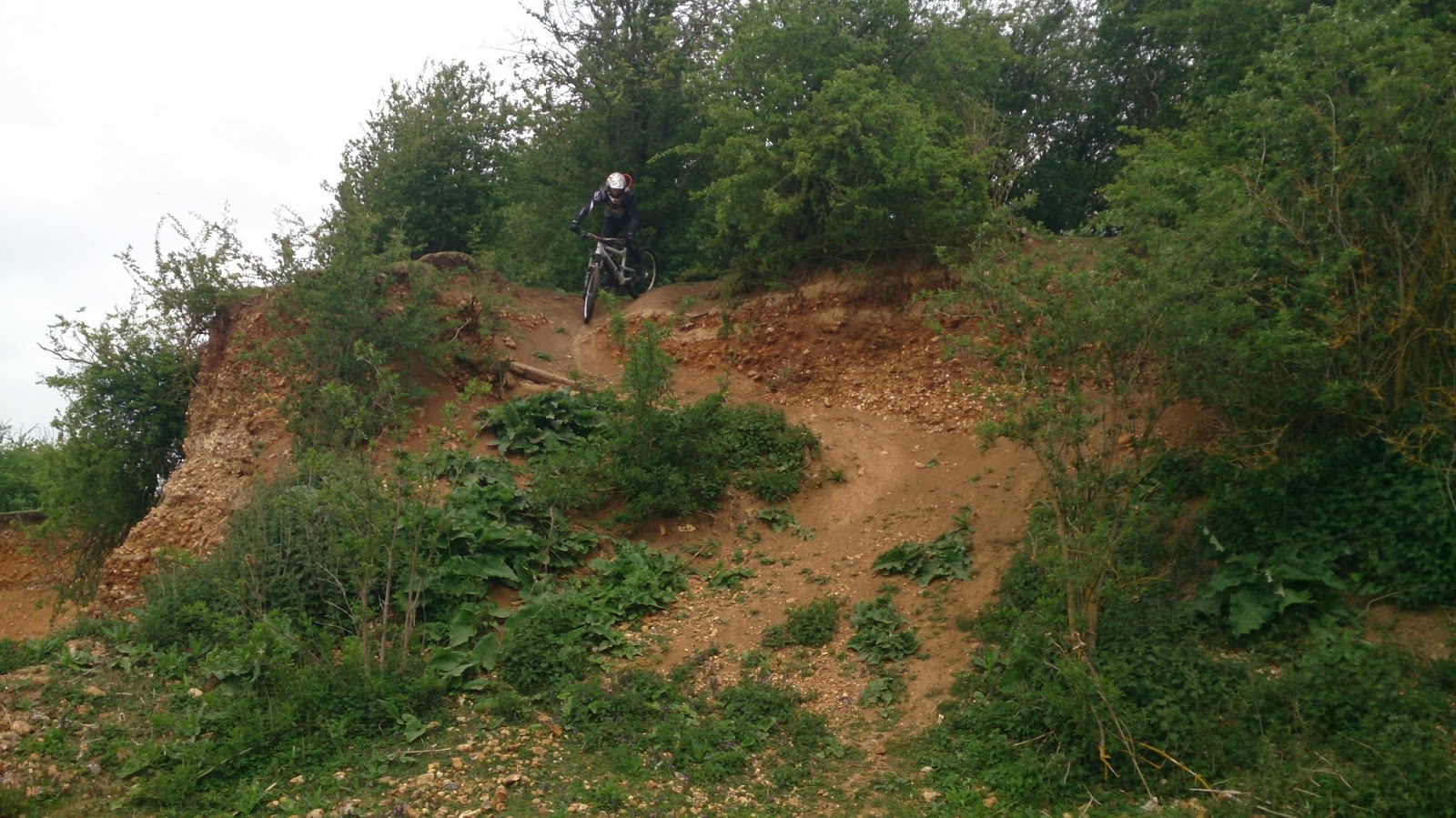 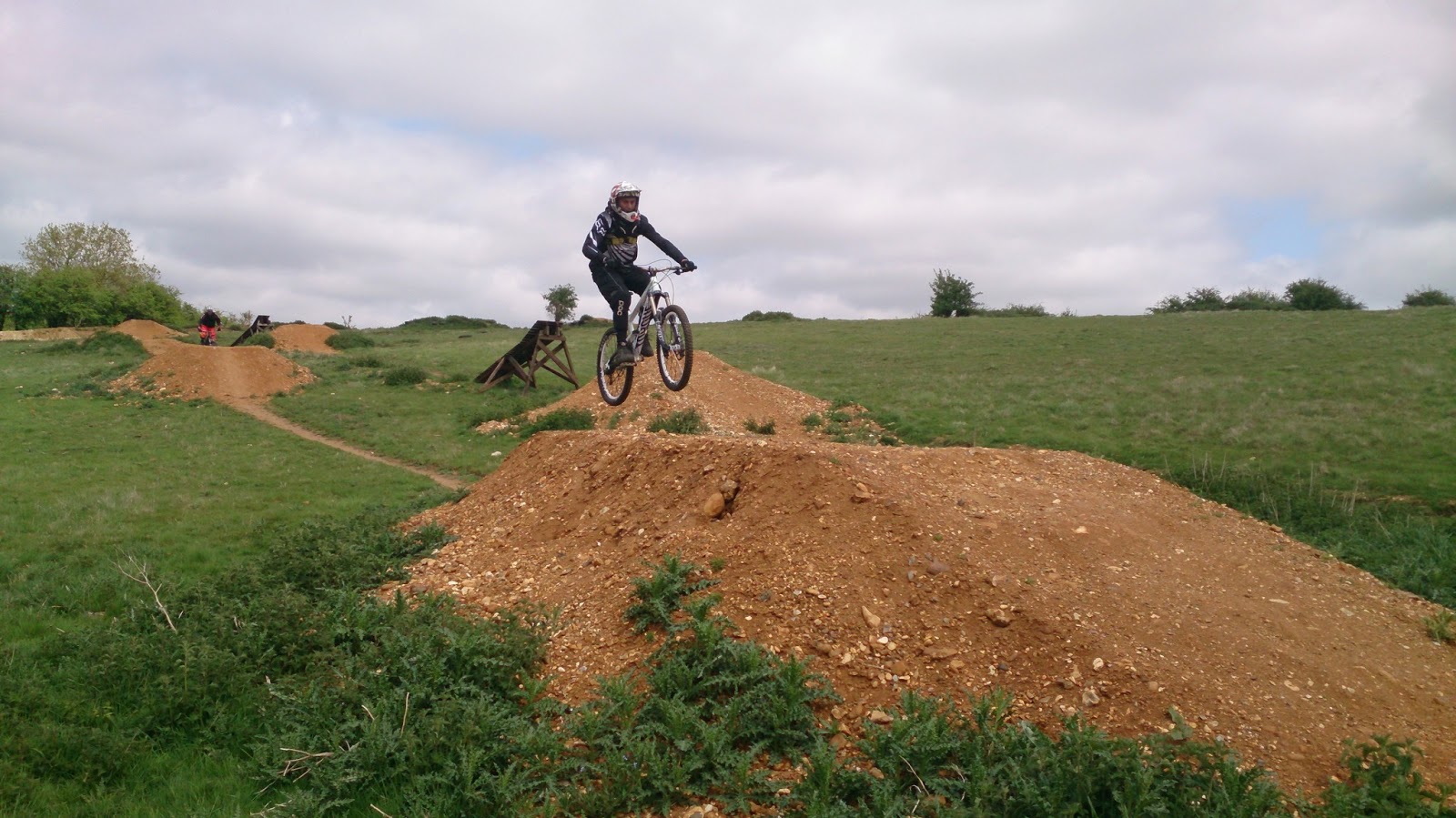 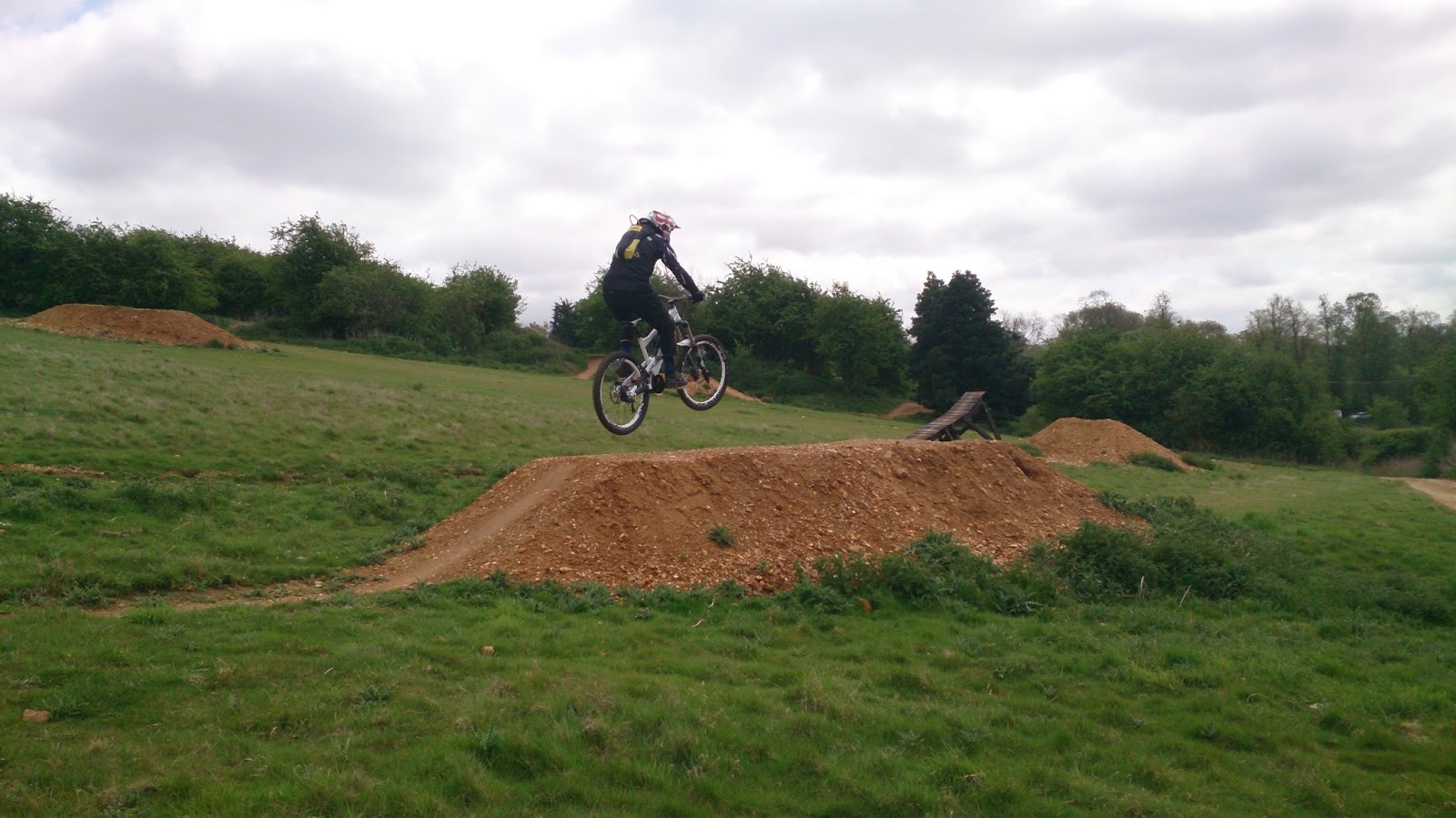 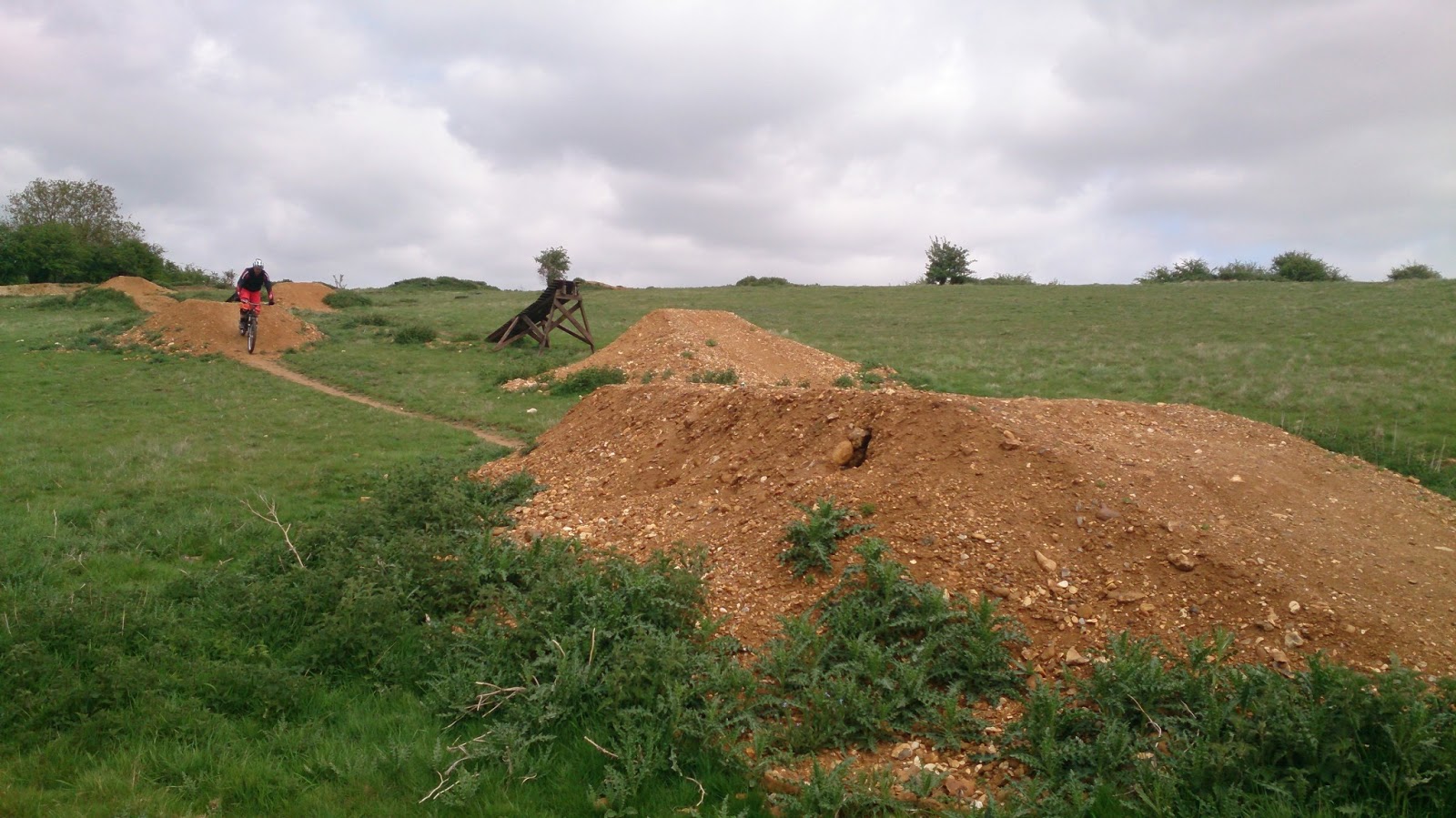 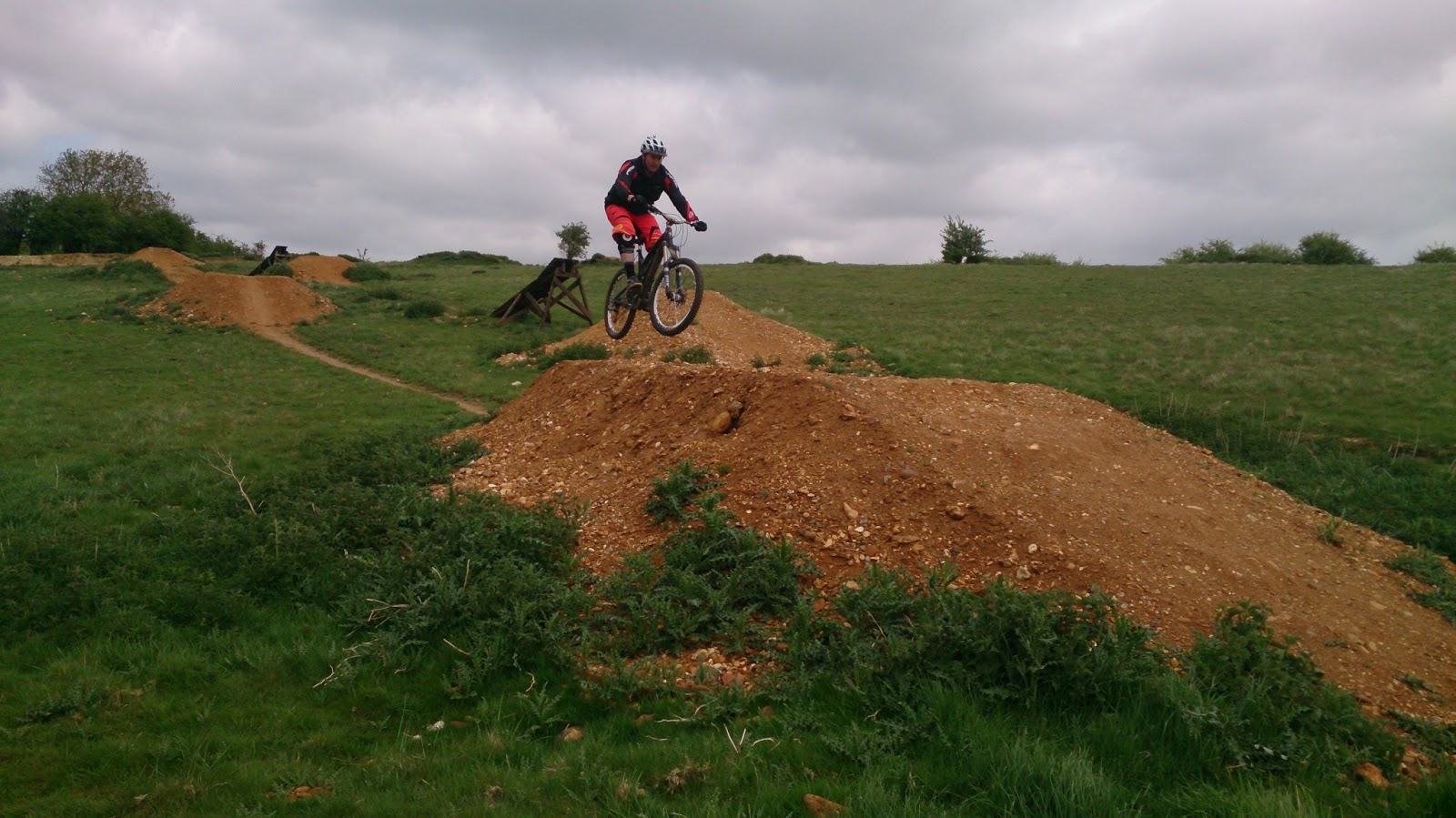 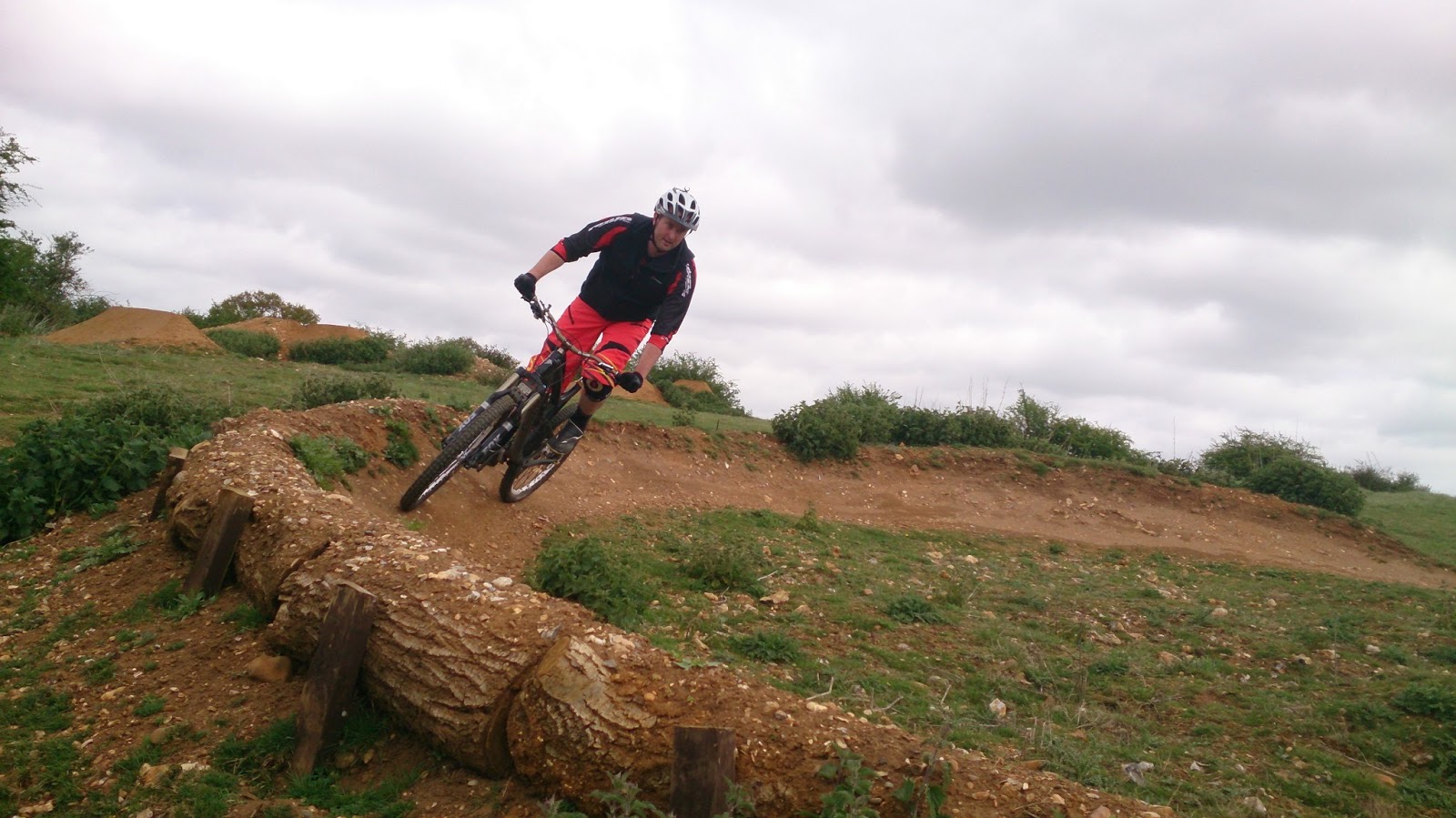 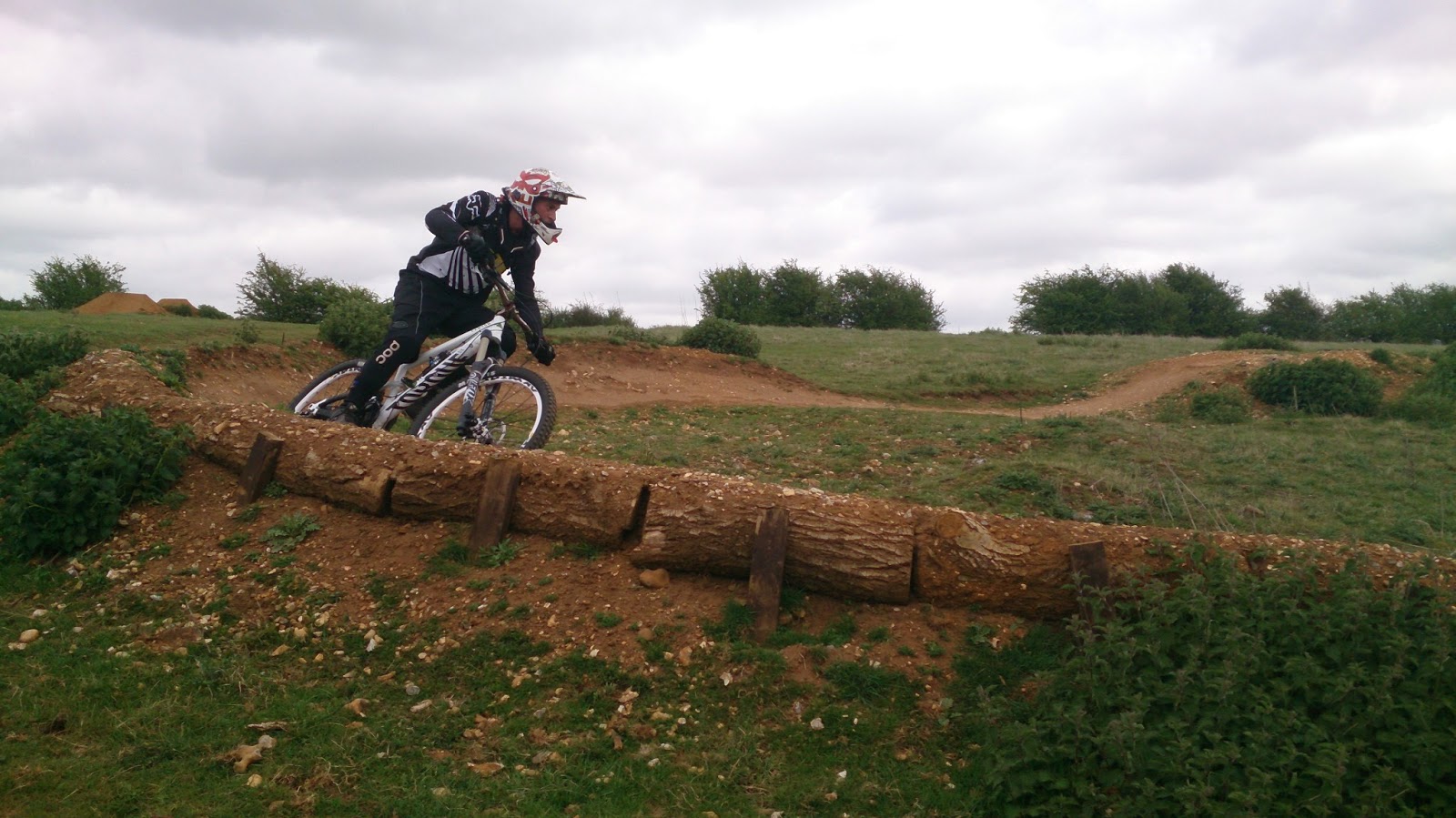 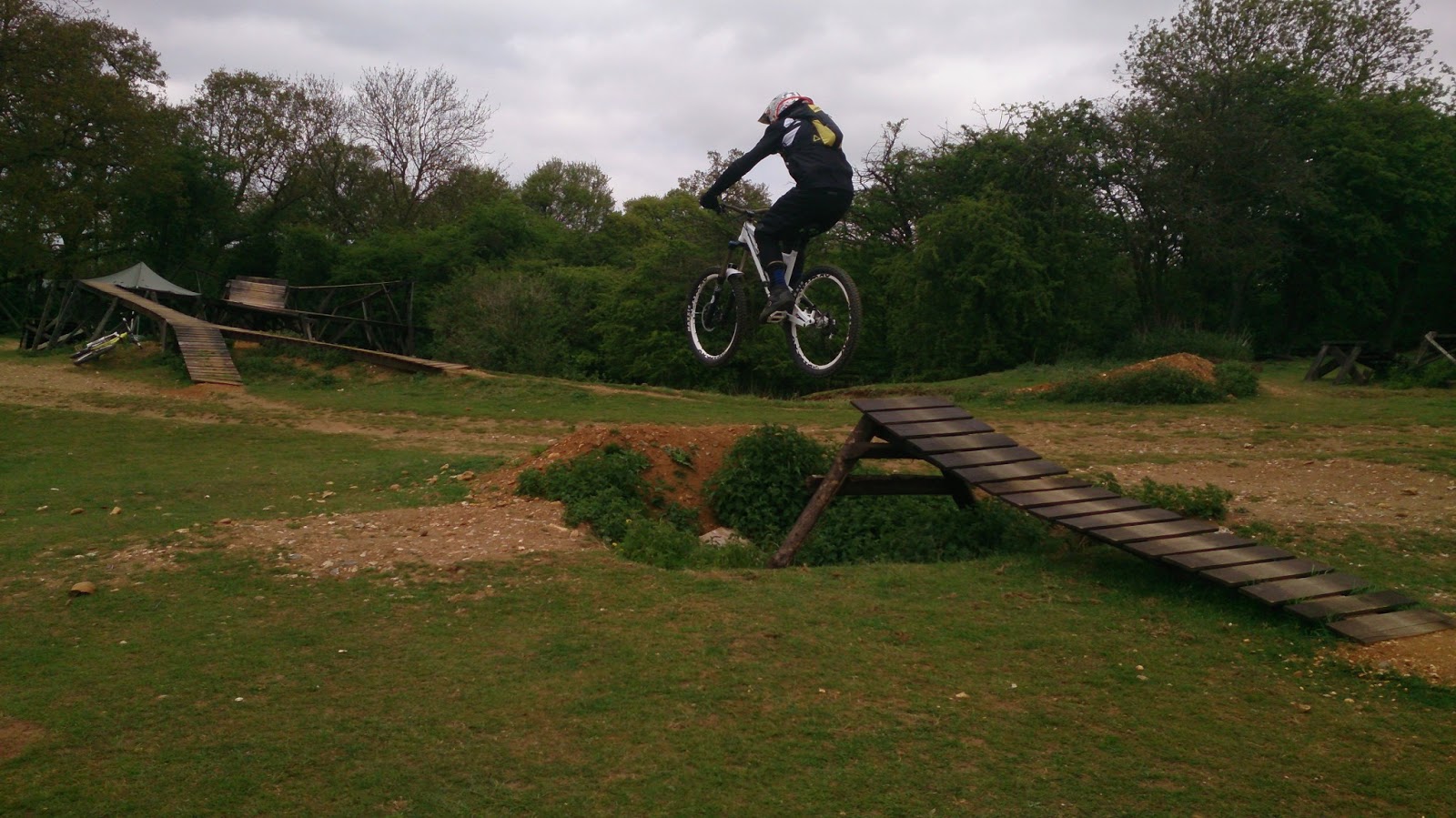 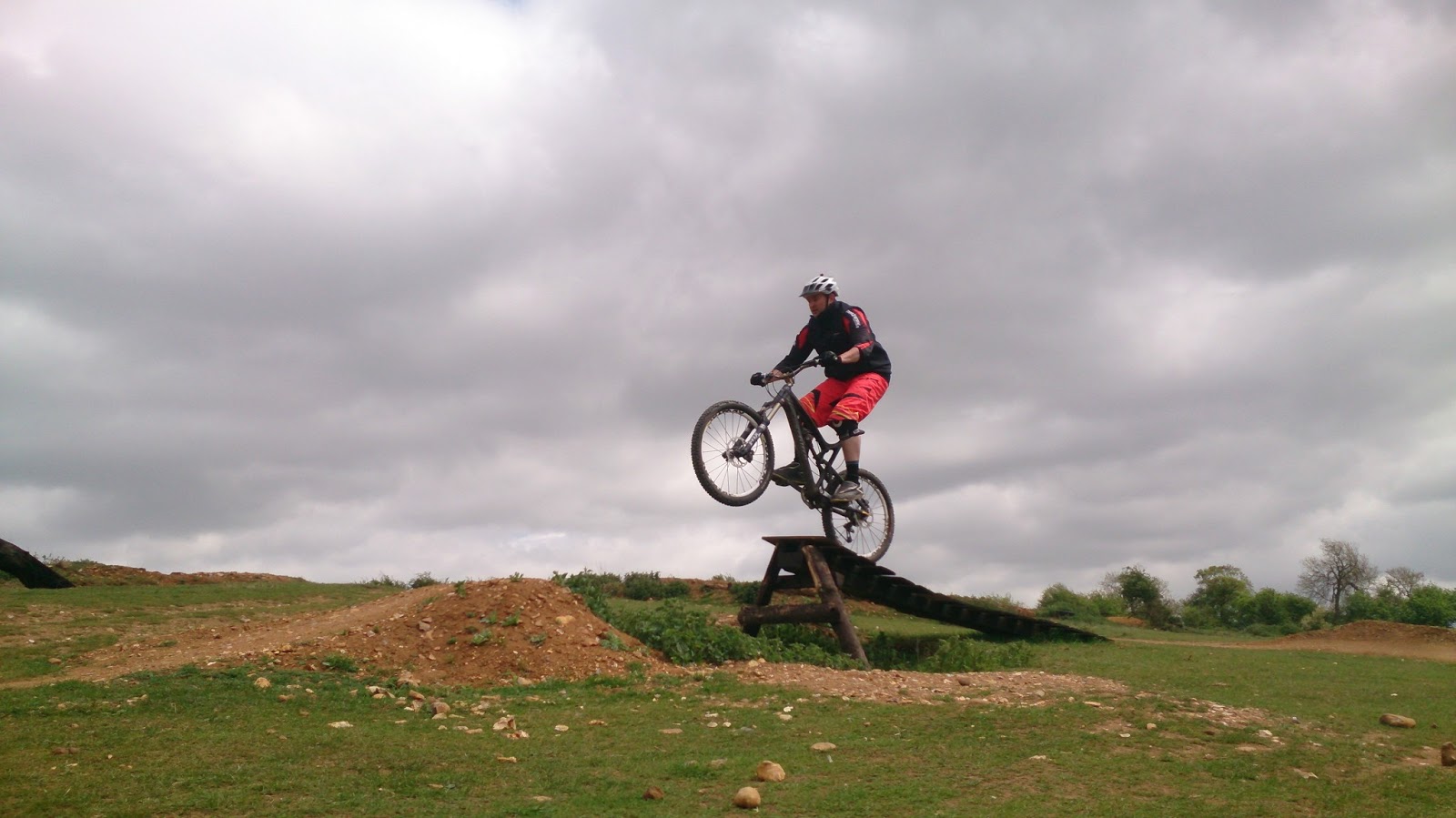 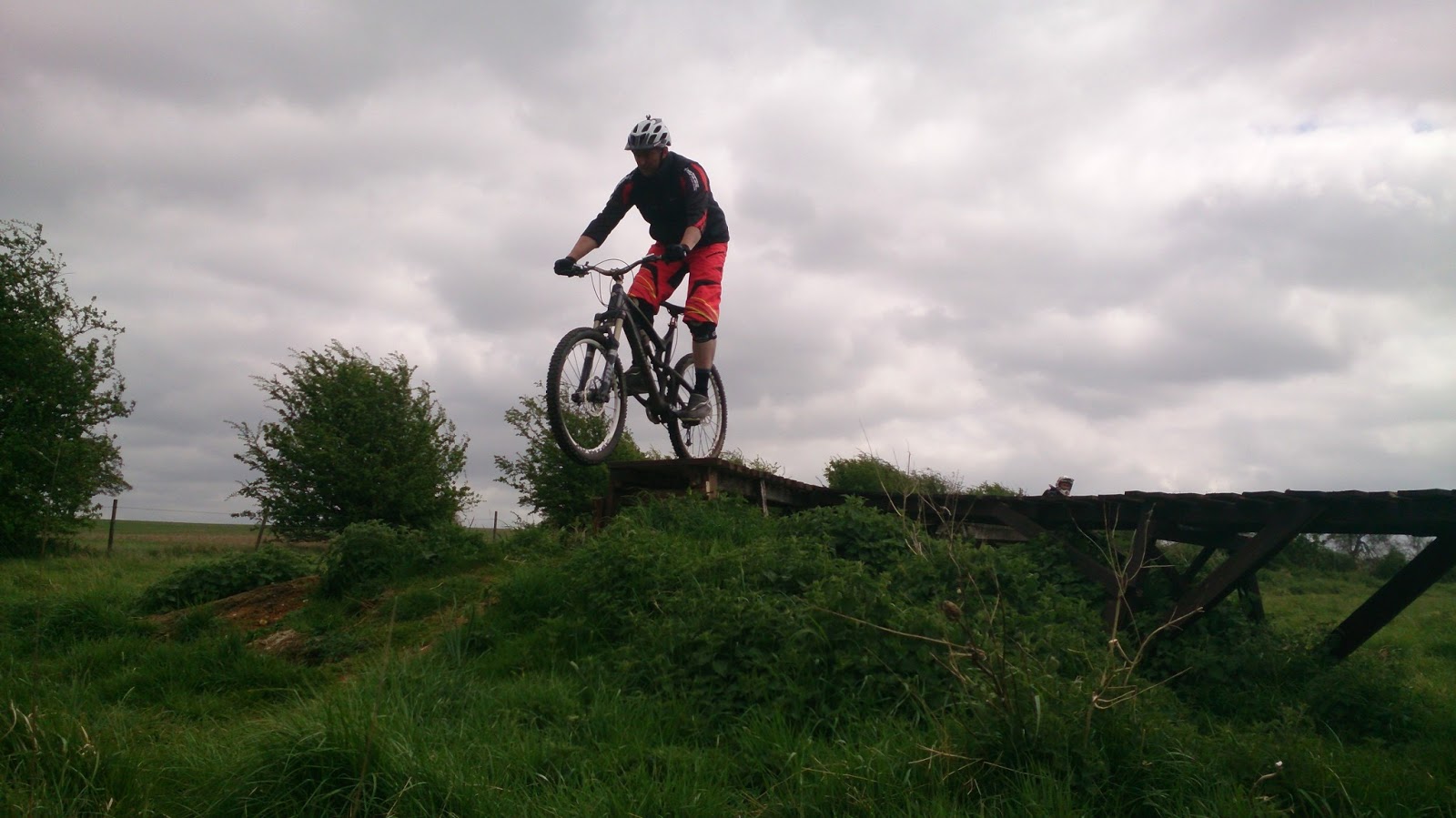 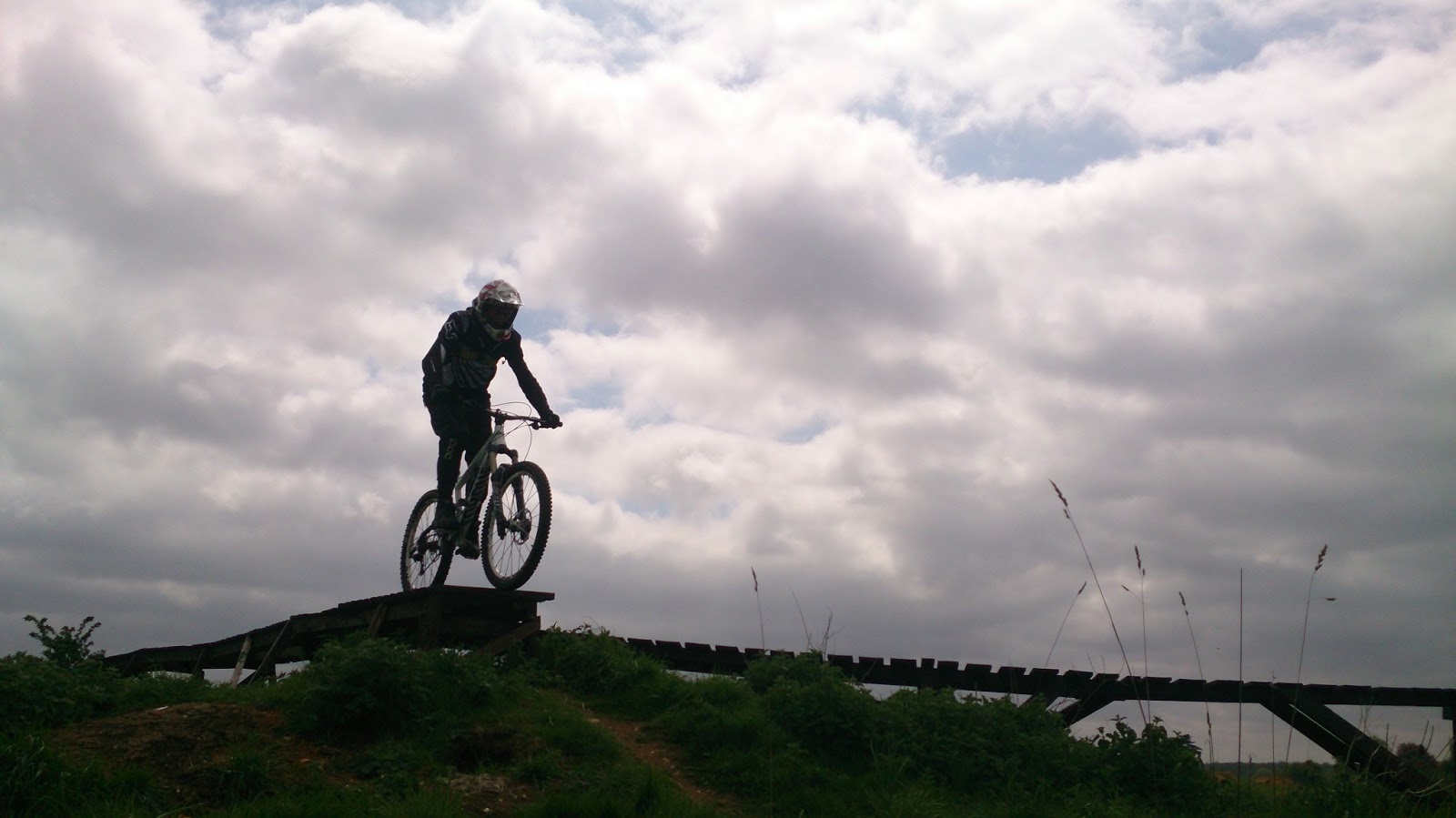 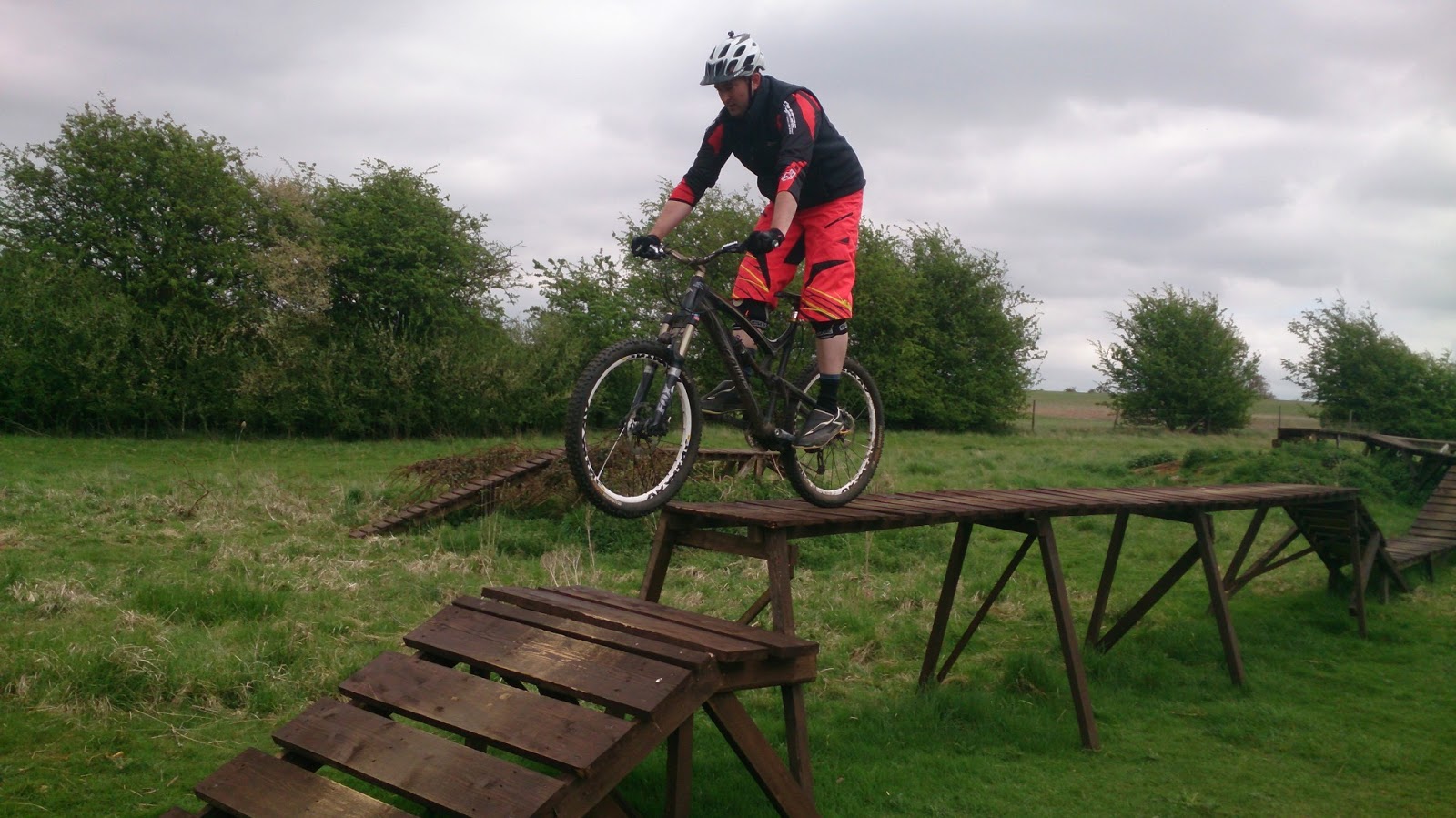 Frederic and Chris returned for another session and this time I wanted to work on their speed management and their mental skills sets too. We began with the drop technique and I could see they had absorbed the physical skills I taught them and they were landing perfectly from the off and were even able to start to move the bike in the air. Next up, we worked on linking drops into corners and line choice and correct braking is critical here and when it was right they knew why!
We moved to the 6ft tabletop and gap jump and worked on matching speed and effort required, once again they were sailing them both easily.
Last session they both couldn’t say yes to their mental skills questions and didn’t ride the near vertical drop off but this time it was different and they did both techniques I teach for this and their body positioning really paid dividends in helping this.
Next up was a larger natural drop in that Fred rode but Chris couldn’t answer his mental skills and correctly declined to ride it and then we followed that up with riding alpine style switchbacks and their footwork and speed management was bang on to ride them.
A short break followed and we resumed with judging speed to larger tabletops and they both travelled further and easier as they used their speed management and body positioning and that enhanced their mental skills.
We moved onto linking berms and I demonstrated as always and they followed and by suing their skills sets they even linked the following 7ft gap jump after the berms . I next worked on peripheral fear and control on ladder drops and they both chose what they could and couldn’t ride using their mental skills questions. Frederic was tired and decided to end his session and Chris ended the session by riding the whole pump and jump trail top to bottom a few times.
What a session guys and chilling out with a beer on the grass was an awesome end to the session.
High5!
By Tony Doyle|2013-05-10T16:06:00+00:00May 10th, 2013|Uncategorized|1 Comment