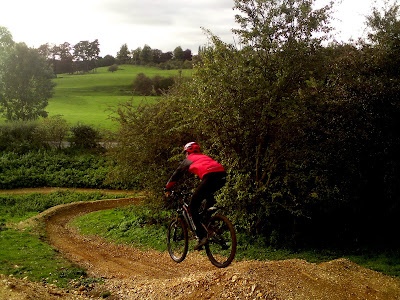 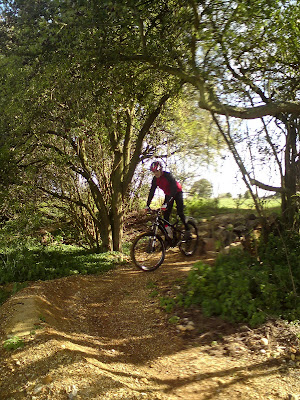 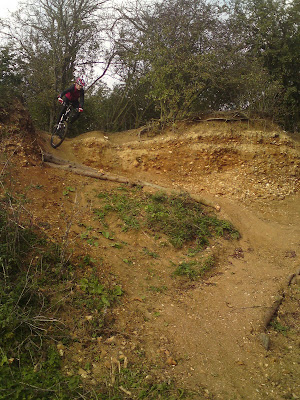 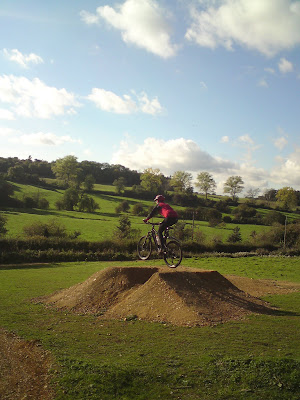 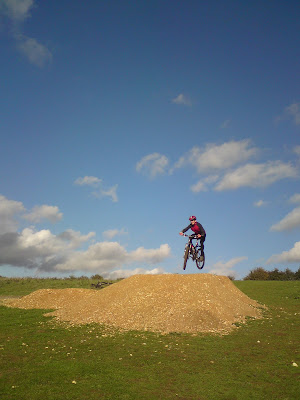 Gareth contacted me with the wish to get faster on singletrack for xc racing. On running him through the skills check I found him deficient in his braking and looking into the next skills. The first technique we covered was the drop technique. Here I ironed out Gareth’s body position during the flight time. After Gareth rode all 3 drop sections by his own choosing, we moved onto the skills trail. The trail has 14 sections with in it and I broke it down into 4 segments. We worked on the sections contained in each and then I timed each section, working hard on Gareth’s looking and body positioning. Gradually, seconds were hacked off as we worked on flat, bermed, off camber and switchback corners, linked drops, rocks, steps and up ramps. Gareth got faster and faster through each segment, but it came time to move him away as he was getting fixated with the speed and his form began to breakdown. We next worked on steep , alpine style switchbacks where looking and footwork were worked on heavily to enable the technique to be dialed. I then moved us onto an isolated berm to work on Gareth’s speed management in berms. As he got faster and faster, I worked on his habit of braking early in the section which made him go offline in the corner. Now he was really flying, so I moved him back to the coaching trail to see if he could link each segment together fluidly and fast. By the end Gareth was the fastest rider to date on the trail by 2 seconds!
Finally, I taught Gareth how to jump table tops, gaps and how to begin to style in the air. This ended a truly epic session and I cannot wait for the updates on his riding!
High5!