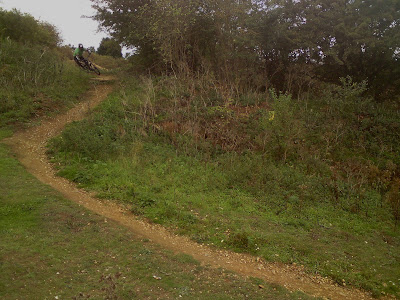 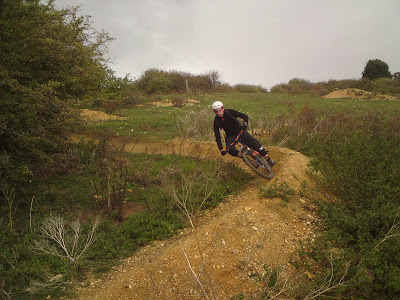 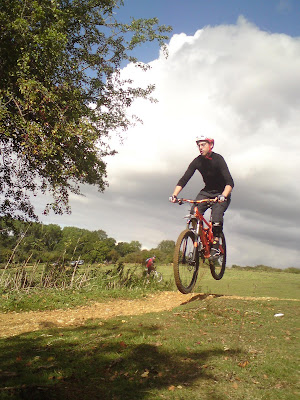 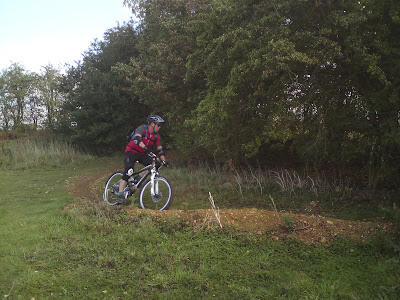 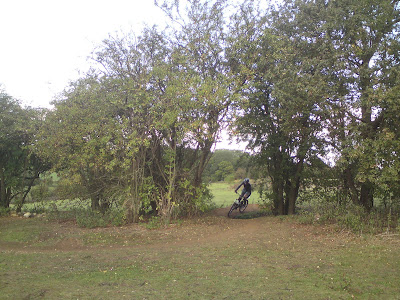 The guys all turned up as arranged but were one man down as last week the 5th rider injured himself whilst riding, so we went ahead as a four.
We began with the skills check and this revealed some good habits but some missing skills too.
I began working on their body position and looking skills and also their set up, they could feel the difference straight away in corners and also in unweighting the front of the bike. I moved us onto the drops to use the skill set, both mentally and physically in this technique. In no time at all they were all landing perfectly and all commented on how easy it felt. They had received coaching a couple of years ago from a couple of companies but had never been shown this simple application and were puzzled as to why this was.
Next, we moved onto the skills trail and I worked heavily on body position and looking in their riding as they worked on each section within the trail. I began with pumping the trail and showed a basic and also advanced technique for them to explore to harness the trails energy and use it rather than their own. WE worked down the trails fourteen section methodically, always linking the previous ones to the next and so on. Gary felt in control of the front end now for the first time in years. Both Dave and Emlyn could feel when everything was right as it felt smooth and Richard was smiling at the fact he had so much more confidence through sections but I wasn’t finished yet.

I worked on linking drops into corners and why line choice makes things so much more fluid and controllable. They linked flat, bermed, off camber and switchback turns into steps, drops, fly out jumps, rock gardens and pump bumps. They rode the trail in quarters, halves, 3 quarters and finally they rode the whole trail. each run was smoother than the last but mental tiredness was creeping in and errors were beginning to show, so I called an end to the session. To round off the day, I demonstrated a line on the high woodwork at Herts that had all the elements I had coached to them contained within it and they could see the same skill set in use in my own riding as theirs.
Great riding guys!