getting air beneath Andy’s wheels 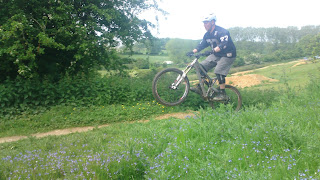 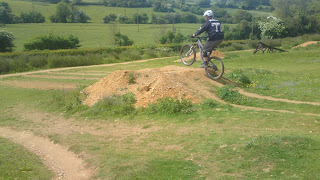 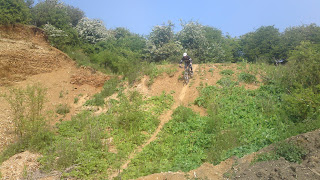 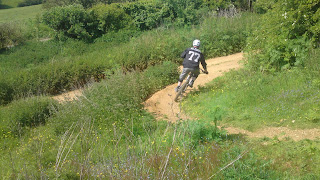 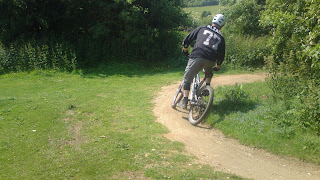 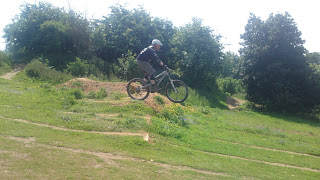 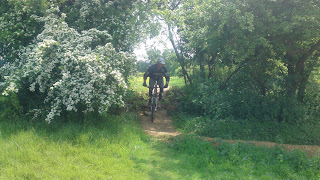 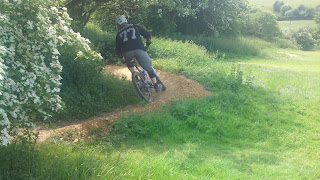 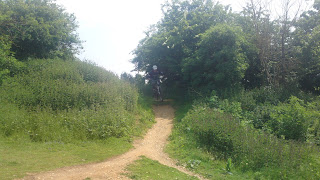 We started the session with the skills check where i discovered that Andy had looking and body positioning in corners missing, so i set to work on correcting these. I also found that he unweighted the bike naturally, and that i just needed to work on looking. I quickly understood what was needed, and after a few set up changes we moved on. I showed him a quick cornering exercise where he could experiment with body position and how it feels more in control when he done it the way i showed him. We then moved onto the drop technique, and i explained the mental side of riding, and Andy used this to finish off here, landing perfectly off of the larger drop, feeling air under his wheels for the first time. I then showed him the end of the trail, where he put his drop technique into a more realistic situation, and was soon riding the drops and the corner after it well. We had a quick break for some food, and then i moved him to the top of the trail. I then showed him the trail section by section and ended up linking both bermed and flat corners, rock gardens, fly outs, step downs and drops and was soon riding the whole thing top to bottom. I then showed him the table top, where i controlled his speed and he was soon sailing across and landing the other side. We then moved to the steeper stuff and he could feel how his new set up put him behind the bike, and i corrected his body position so he could roll down it easily and comfortably. Andy called an end to the session due to mental tiredness, and we sat having a chat in the sunshine.
Great session Andy!
Nath.
By Tony Doyle|2013-06-07T15:05:00+00:00June 7th, 2013|Uncategorized|0 Comments