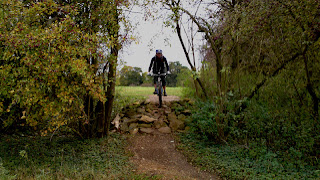 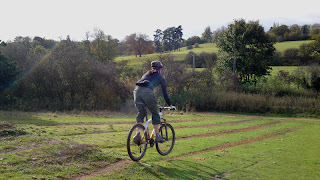 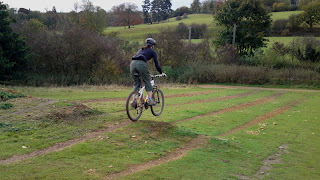 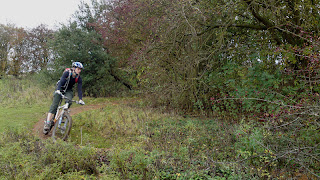 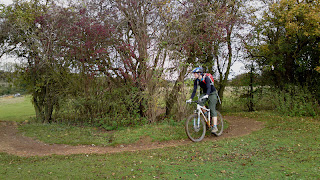 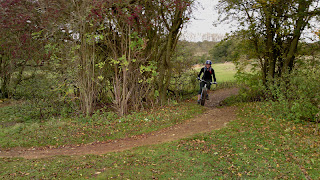 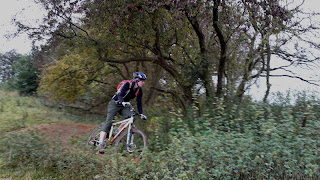 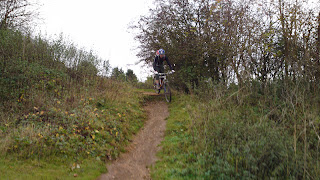 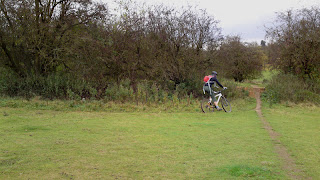 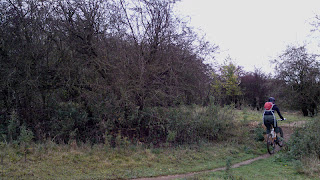 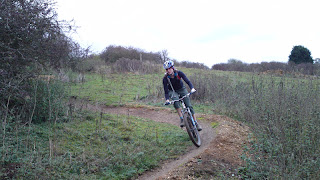 Megan was bought this session as a gift from Adrian as she had a lack of confidence after a crash whilst riding the peak district. On meeting, I could tell I would have to work very gradually and the skills check identified both looking and footwork were missing in Megan’s riding. I changed the set up of her bike we  moved onto work on the mental skills as well as the physical. I began with rolling down the hill over a small drop and using both mental and physical skills , Megan got air under her wheels for the 1st time. This surprised her and she repeated it a good few times and even moved onto a higher one and the result was the same. Later, we moved onto the skills trail and worked on braking areas and linking sections on the trail together. We worked on footwork and looking in two corners to begin with and Megan commented how controlled it felt. I knew that the rock garden would be a mental block and we worked hard on that before linking it to 2 more corners. Megan was now linking 6 sections on the trail together. We had a well needed break and then continued with dealing with upslopes and steps on a trail and then we added that to the previous sections so Megan was linking 9 sections together fluidly and in control. I could tell that she was tiring mentally as errors were creeping in but Megan knew when it was right and why now and that made her way more confident. by the end of the session Megan was riding the whole skills trail and linking all the sections contained on it together with a renewed commitment and confidence and she ended the session herself, wanting to end on a high .
Great session Megan and keep me informed on your future riding.
High5!