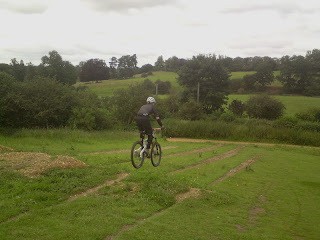 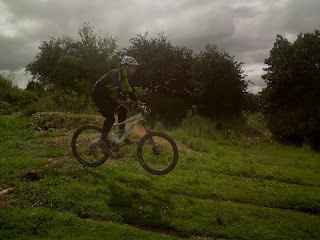 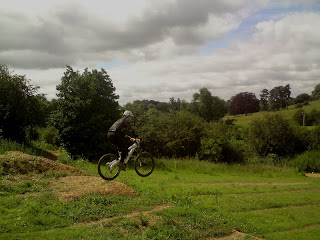 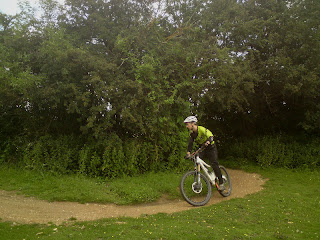 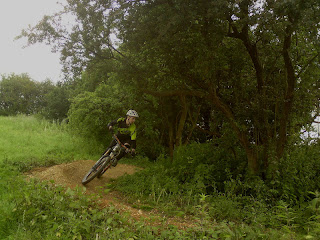 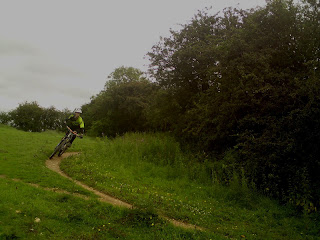 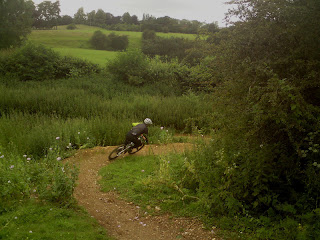 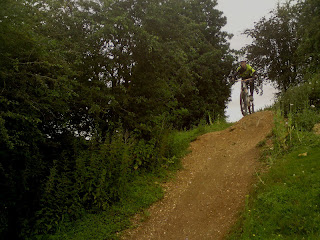 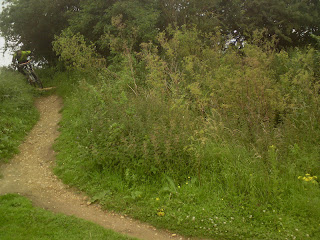 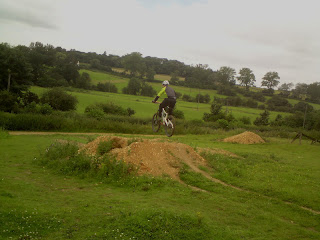 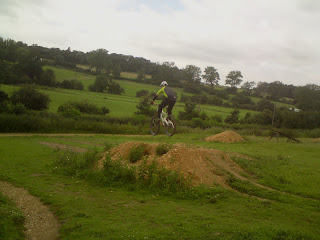 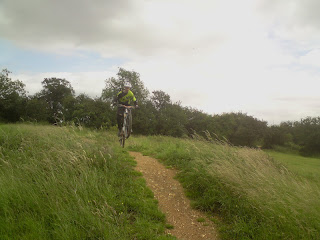 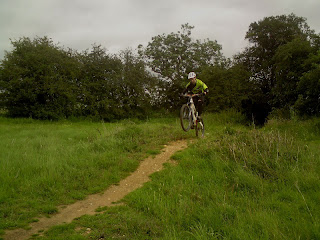 Gareth has been to other coaching companies over the past couple of years but his search led him finally to me. On meeting we shared a coffee and chatted of his aspirations for the session and  before long i ran him through my simple skills check. I found looking, feet and body positioning faults but corrected these through some simple correction exercises and the effect was immediate.
We moved onto the drop sections and the new body position was something that stunned Gareth as it suddenly became way less effort to drop off stuff.
It wasn’t long before we were on the skills trail where I broke the trail in half and worked on linking pre jumping to berms, a flat corner, rock garden, tight berm and switchback. I worked hard on Gareth’s cornering and it soon paid dividends.

We moved onto the next half of the trail where I showed him why the skill set applied to absorbing and pumping through upslopes and we linked in steps, corners and drops into the mix before finally it was time to ride the entire trail. each run of the trail was smoother and faster than before and any error was self diagnosed too.

We moved onto the 6ft tabletop and gap jump and I worked on Gareth’s mental skills and it wasn’t long before he sailed over his first gap jump over and over with a high5 and a big grin on his face.
For what would prove the final part of this coaching session we moved onto the pump and jump trail where Gareth pumped to generate speed to jump a 9ft tabletop and later I taught him to manual through double and tabletops too!
Great session dude!
High5!!
By Tony Doyle|2012-07-17T22:00:00+00:00July 17th, 2012|Uncategorized|0 Comments