Helen’s one to one 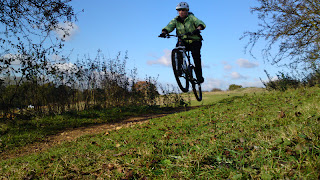 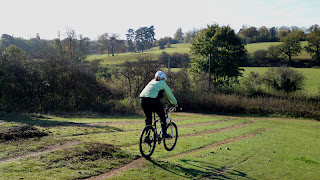 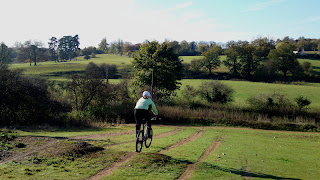 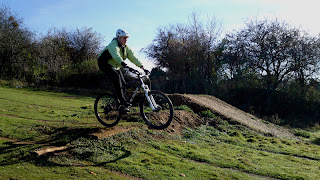 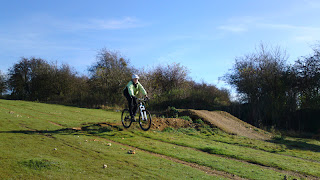 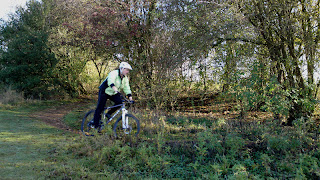 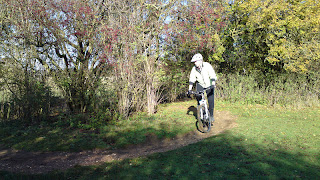 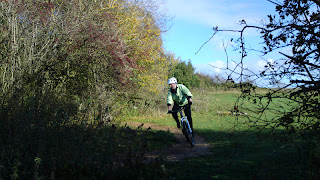 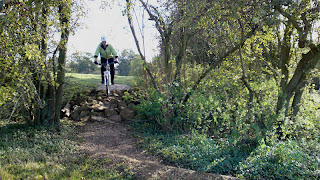 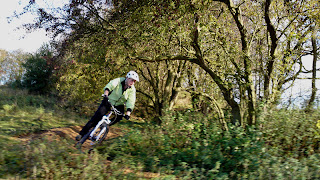 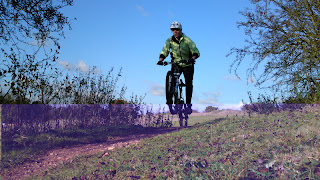 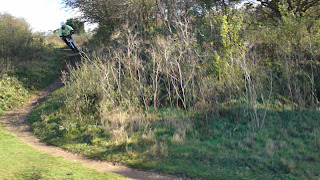 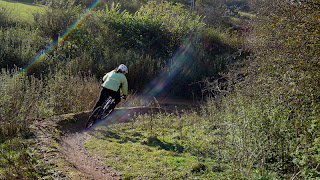 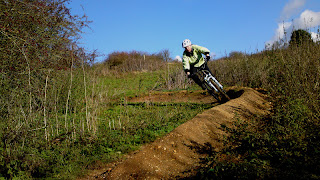 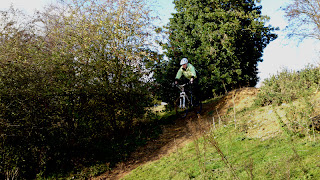 Helen came to me upon recommendation and on arrival we chatted over coffee and spoke of her aspirations with her ring. the skills check showed me that i needed to work on her footwork and looking but later on I was able to work on body positioning too.
We began with applying both mental and physical skills sets to the drop technique and at first Helen was worried but soon she was flying off the first 2 drops with a big grin. I moved us on and before going to the skills trail, we worked on body positioning when turning and linking turns.
On the skills trail itself I broke it down into bite sized chunks and soon Helen was pumping undulations on the trail and linking in berms,flat, off camber turns and rock gardens. After a break for coffee and to fix a puncture, we resumed with a fly out jump, step and linking drops into corners. Helen’s uptake was very fast indeed and it was clear that she could ride a bike once the skills began to embed.
I could see that she was tiring but had enough energy to ride the complete trail end to end a few times and every run was confident and controlled and also faster than ever before.
Helen herself declared mental tiredness and our session came to a close with a smile as wide as the skills area on her face. Amazing session and Helen, I told you that you could ride a bike!
High5