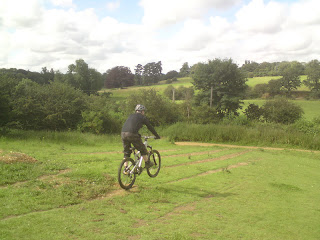 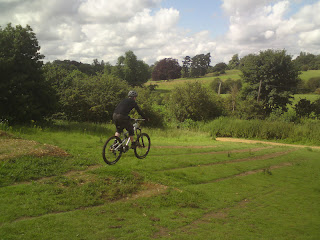 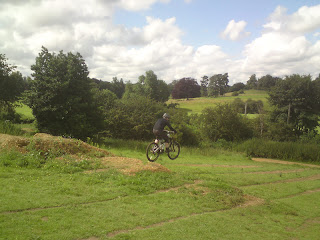 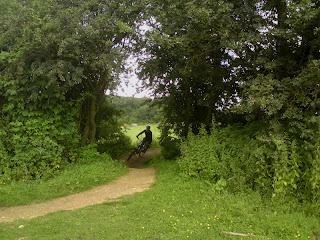 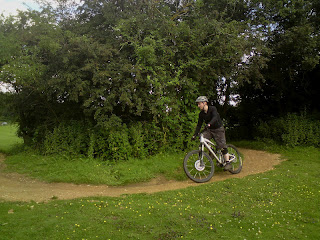 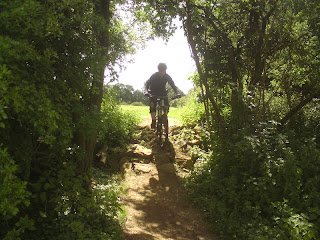 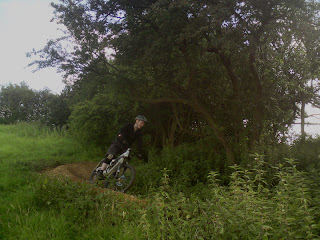 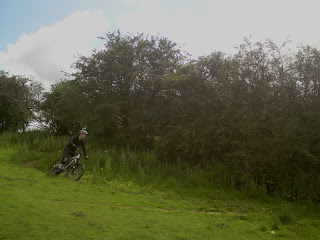 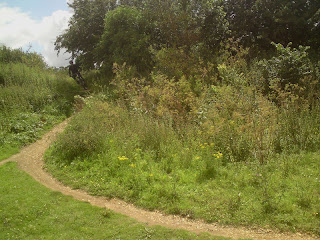 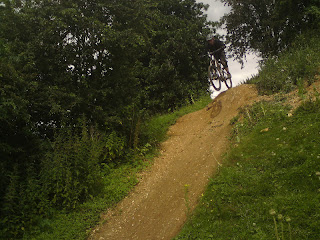 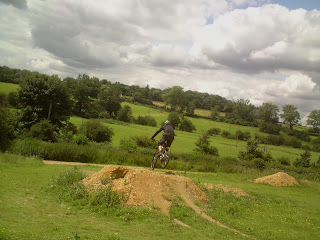 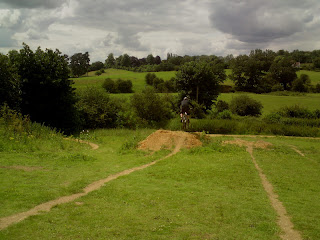 Tim had wanted to come to me for coaching for a while now and his path led to me in its own time. On meeting we had a coffee and chatted about his lack of confidence in his riding. The skills check showed me why and I found i had to work on his looking and body positioning in both checks.
To his surprise, we moved to the drops to apply the mental and physical skills straight away and after a couple of goes it all clicked into place as he rode all 3 drops easily. Tim yelled out as he landed the largest one and that smile never left his face.
I ran him through a body position correction excersise in cornering and then we moved onto the skills trail it self. Pumping, steps, fly out jumps, drops and rock gardens were linked to flat, bermed, off camber and switchback turns. I worked on bite sized segments of the trail before we linked the 14 sections in total together. I worked hard on braking and line choice too and soon he was sailing down the trail in control and way faster than ever. Each run of the trail, although had errors, they were self identified by Tim as he was now conscious of correct and incorrect form.

I moved us off the trail and I wanted to work on Tim’s jumping some more so off we went to the 6ft tabletop. In a few moves and corrections, Tim sailed over the jump easily and commented that he didn’t feel like he’d left the ground. After 30mins of jumping I could see that tim was tiring so The session ended to keep him safe. Awesome session Tim and I look forward to your ride updates.
High5!