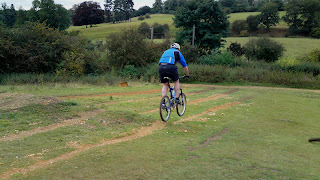 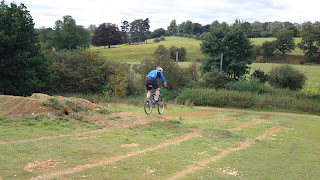 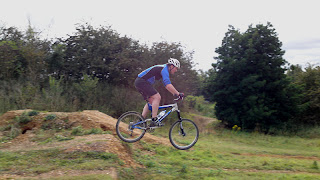 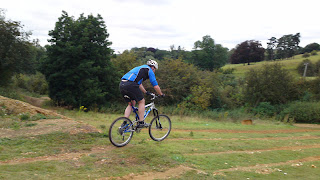 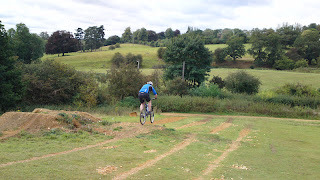 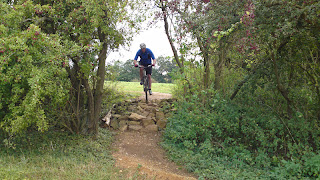 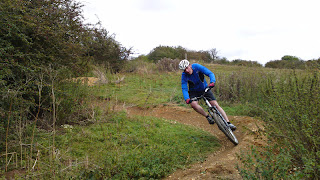 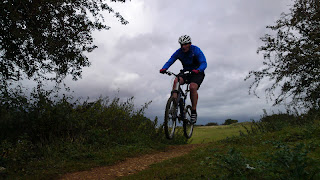 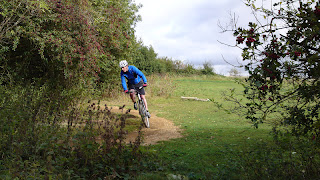 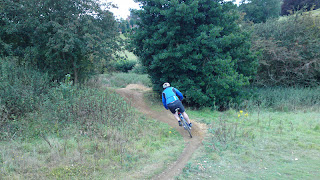 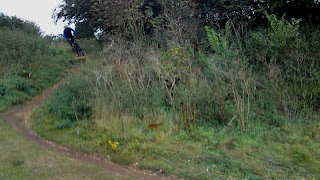 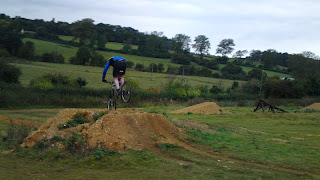 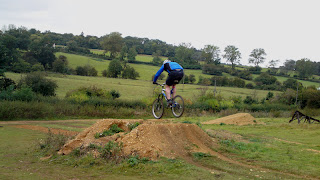 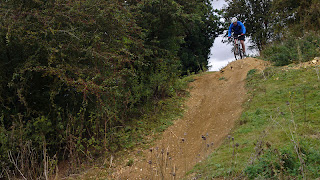 Hugh made the trip from Monmouth and on meeting I could see I needed to set up his bike and Change a few things around. The skills check revealed that I needed to work on his missing looking and body position skills and also the mental skills too.
We began with  the drop technique and Hugh was very methodical and spent time getting each one perfect over and over again before moving up and eventually he rode all 3 drops with ease.
We moved onto the skills trail and began with pumping undulations on the trail and we used this gained speed to ride the next berm and flat corner. It didn’t take long before I added in a rock garden, berm and switchback into the mix and Hugh rode them and already was identifying any errors himself as he now knew why. I moved onto the fly out jump and corner with a step on the exit and Hugh was surprised at how easy it was to get up into the air and whoops of joy rang out when he got it right. We added all the previous section to it and Hugh rode them with regained confidence and commitment. I worked on the end of the trail and its corner followed by drop section into a final corner. I worked on braking technique and line choice and soon it was time to ride the whole trail end to end. Each complete run was faster and smoother than before.
I could see he was tiring but Hugh wanted to learn why the skills set applied to jumping tabletops so we worked on that. In a few small steps and much to his surprise, Hugh sailed over the 6ft tabletop which capped off an awesome session as he was mentally drained by the adrenaline of jumping.
Great session Hugh and I look forward to your riding updates
High5!