Ian finds the rider inside himself 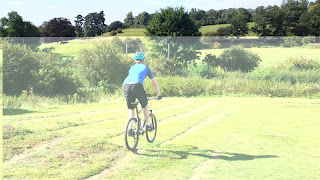 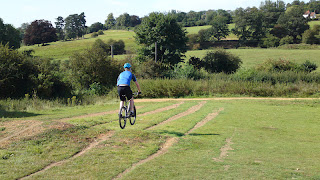 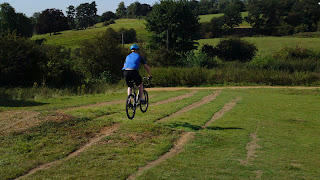 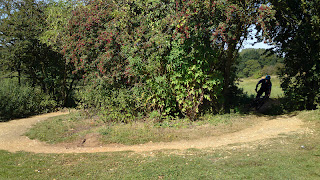 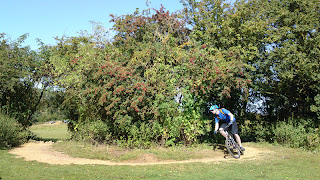 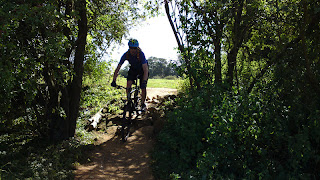 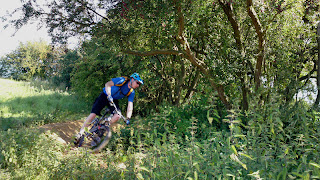 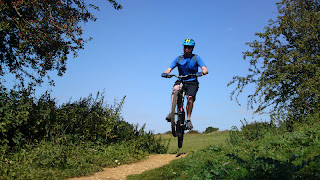 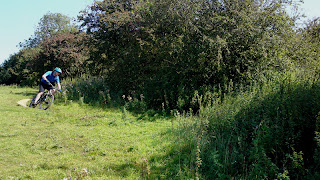 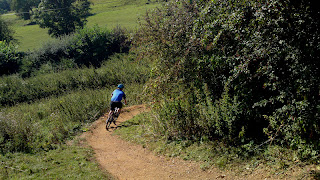 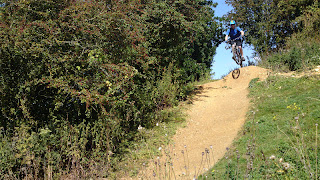 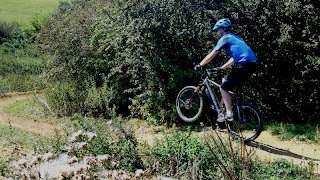 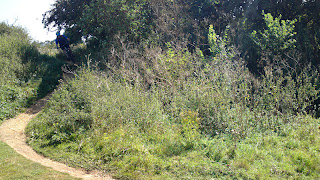 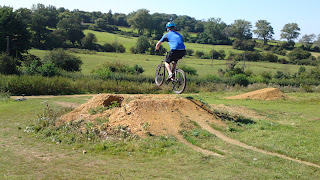 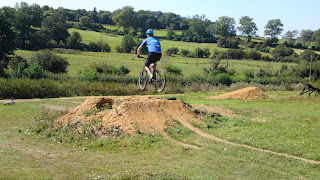 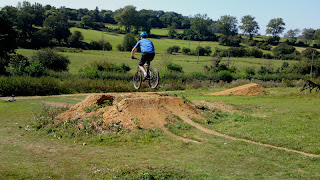 Ian had been looking forward to his skills session and turned up nice and early and we had a coffee and chatted about his riding and sporting experiences. When I began I ran him through my skills check and found looking, foot and body positioning skills were missing and made the necessary set up changes to help enhance the corrections.
Ian was shocked that I began with the drop technique and it was there that I worked on his mental skills too. The surprise was written on his face when he began landing perfectly and effortlessly. A body position correction excersise was next and soon we were on the skills trail itself. I began with basic pumping to connect to the trail and we linked that to flat, bermed, off camber and switchback corners, Steps, fly out jumps, rock gardens and drops. Each was linked to the next section by the correct braking areas and we worked methodically down the trail, always linking the new sections to the previous ones until Ian was riding the trail end to end. He was riding with a massive grin on his face now and couldn’t believe how much in control he felt and how smooth he was riding but he knew why!
I moved him onto the 6ft tabletop and it proved to be our last application of the skills sets as he tired mentally but before he did, Ian was sailing over  the tabletop and landing perfectly time and again before calling an end to the session himself.
Amazing session Ian