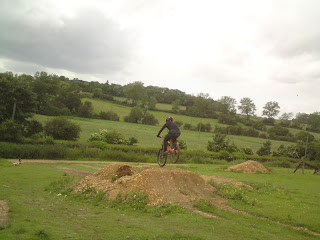 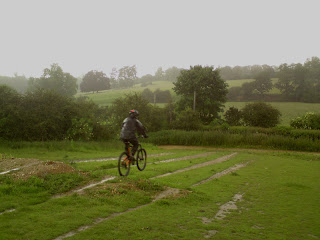 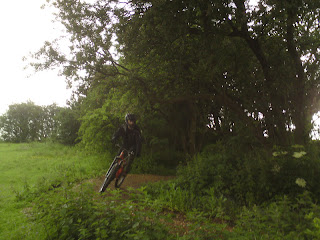 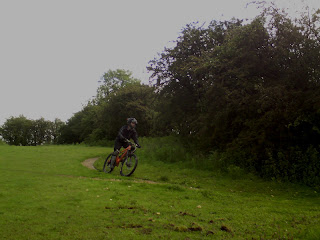 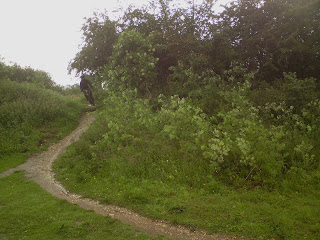 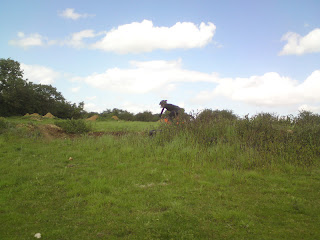 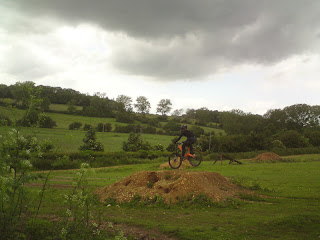 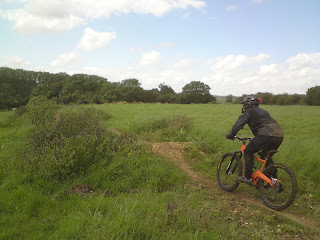 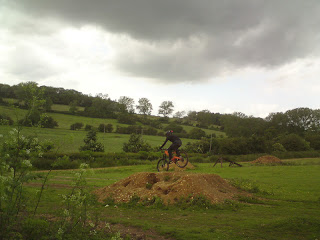 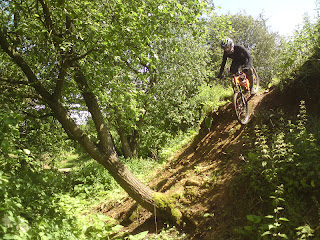 Ian had a session with me back in March and the session was cut short, today he returned and I could see the session from before had paid dividends in his riding when I ran him through the skills check. I found I had to work on his mental skills and looking now so I set to work.
I began as ever with the drop technique and worked on Ian’s looking skill here predominantly but also worked on the mental skills too as I found a protection mechanism.
I reinforced the previous session but didn’t dwell on the skills trail for long and soon Ian was riding the entire trail end to end and errors were being self diagnosed too.
Ian wanted to learn to jump on his first session but now was the time and It took some time to work through the mental barriers but also to break it down to a level that Ian could learn so we pieced it together bit by bit until it all came together and over it he flew.

The early torrential rain didn’t dampen the session so we moved onto pumping the trail but the mental process of learning the jump technique had started to take it’s toll and I could see we had not a lot of time left so I decided to move to a less physical technique and to work on the skills application in riding steep drop offs. I worked on the body position and mental aspect of riding them and Ian rode them well indeed.
Our session ended shortly afterwards in bright sunshine, totally different to the conditions we started in.
Great session Ian.
high5