James returns for another session 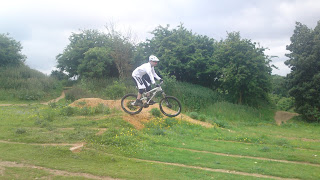 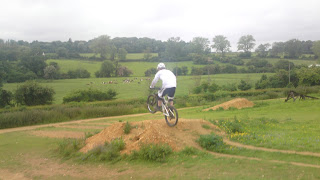 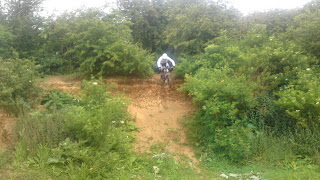 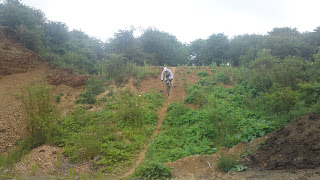 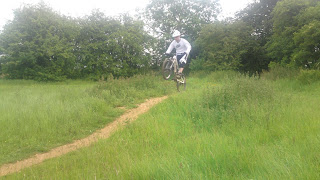 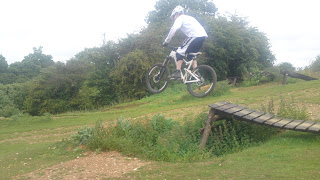 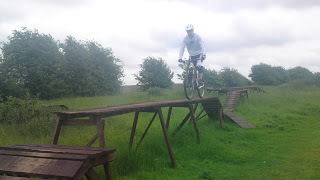 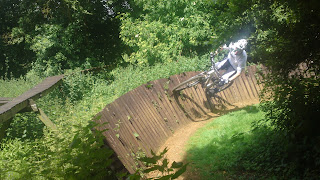 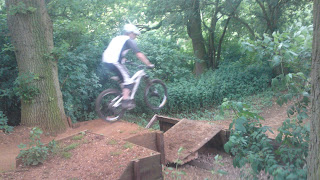 James had been on a session with Tony before, and seeing as he was fully booked, came to me as an alternative. I started the session the same way with the skills checks where I looked at what skills where missing from his physical skillset. I quickly reminded him what was needed and he was soon applying his looking in cornering, and his jump and drop technique. I moved him onto the drop technique, where I talked him through the mental skillset once again, in order for him to be able to apply it for the rest of the session, and after a few goes, and landing the largest drop perfectly, we moved on. I moved him onto the tabletop, which he had cleared before, just too see his jump technique, and he quickly showed me he had what was needed, and was sailing over the tabletop and the adjacent gap jump. I then showed him some steeper stuff, and was soon both rolling and using his drop technique on the end roll in of the singletrack trail. I also showed him dropping in sideways, and what benefit this technique can have. I then worked on the rest of the trail with him, linking roll ins to corners, fade away jumps, bus stops, gap jumps and these roll ins, and before long, he was flying down the whole trail comfortably. I then showed him another drop which required him to apply his mental skillset, and answered yes to the questions in order to ride it and land perfectly on the transition. After a quick lunch break, I showed him another trail, where I again talked him through pumping, and he was riding the first 3 sections, both pumping and jumping. I then showed him how to manual over tabletops, and why it can be beneficial, which he done first go, with minor corrections to be made. After riding the whole trail top to bottom, and choosing whether to jump, pump or manual through the sections, I showed him the gap jump that followed, which he rode comfortably, and even made look nice in the air. I then showed him some northshore, and I started by showing him to get off comfortably, so he could control it if he felt out of control, and he was soon linking ladders, seesaws, ladder drops, wooden corners, and disconnected box jumps and was riding the whole line comfortably. I then moved him to a 9ft gap jump, which I demonstrated and he was comfortable with and rode nicely, landing perfectly the other side. I then showed him a ladder drop, and got him to join both this drop and the gap jump, with the pump and jump trail he was riding earlier. I then showed him a larger wooden gap drop, which he rode well, and it brought an end to our session due to tiredness.
great session James!
Nath.
By Tony Doyle|2013-06-15T10:59:00+00:00June 15th, 2013|Uncategorized|0 Comments