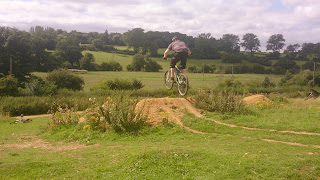 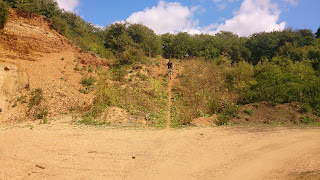 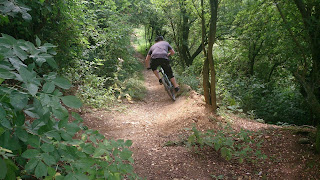 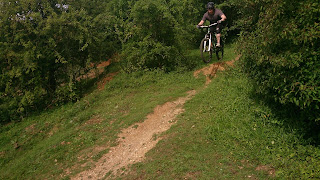 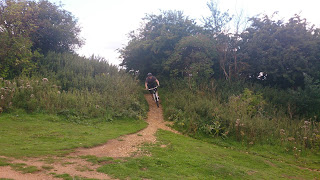 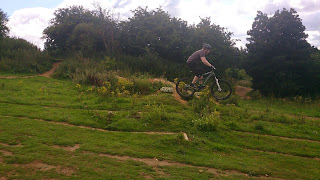 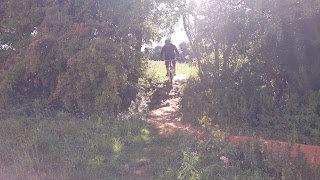 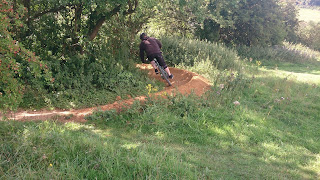 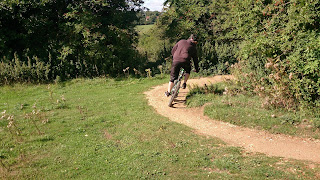 James arrived and we began the session as always with the skills checks, where I found I mainly needed to work on body positioning and a bit on looking. He quickly understood what was needed and out it to the test, and felt how this could improve his riding. I also made a few set up changes before moving on. I gave James a quick cornering exercise before moving him onto the trail. We worked on the first third of the trail, linking both bermed and flat corners,  and rock gardens. I then showed him the drop technique, and gave him his mental skills set, which allowed him to quickly be riding off the larger of the three drops, and landing perfectly. I then showed him the next section of the trail, where he began to jump out of a fly out, and ride steps in the trail. We had a quick break for lunch, and then moved him onto a different trail. Here I showed him linking steeper stuff into corners, and then fade away jumps, which he rode comfortably using his new cornering technique. I then showed him some steeper stuff, both with and without apexes and he used his new mental skills set in order to be able to ride them both, and commented on how easy it was. Our session finished with him riding the tabletop, in which I controlled his speed, and he was soon landing perfectly of both and 6ft tabletop and 6ft gap jump.
great session James!
Nath.
By Tony Doyle|2013-08-30T17:33:00+00:00August 30th, 2013|Uncategorized|0 Comments