Jamie and Andy come to Herts for a session 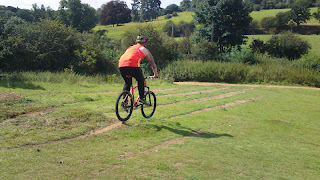 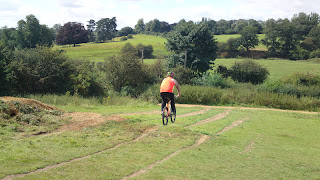 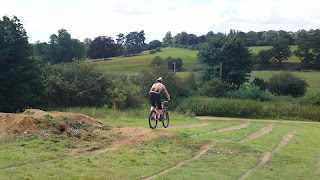 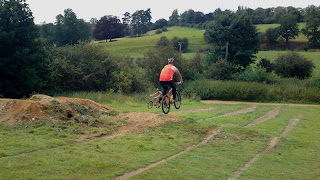 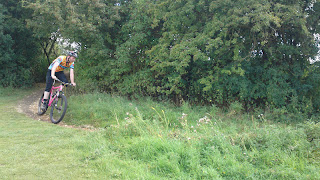 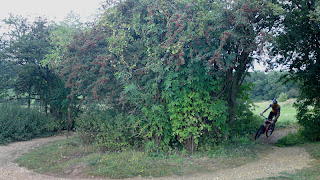 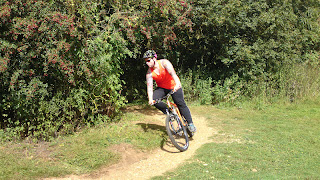 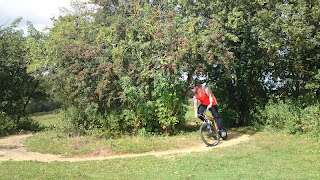 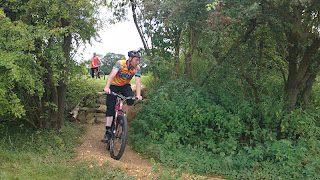 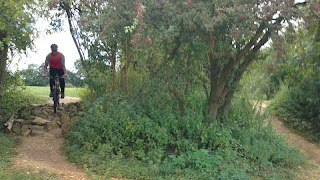 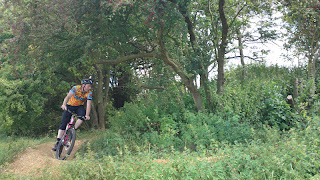 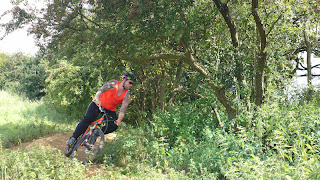 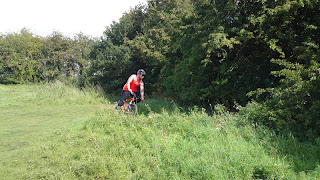 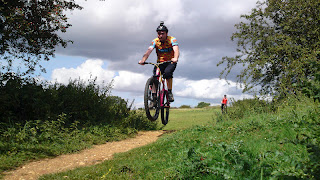 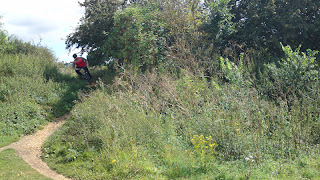 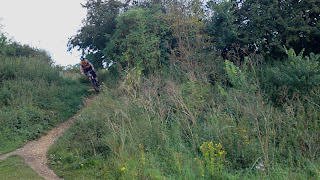 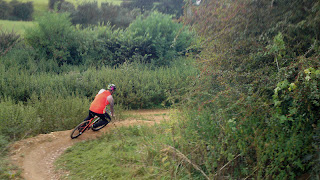 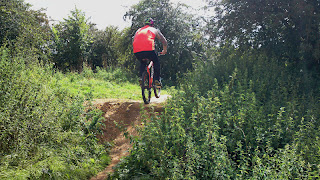 Jamie and Andy ride together at Swinley and wanted to get more from their riding. Andy is pretty new to riding off road and they wanted to share a skills session with myself together. I found they needed work on footwork, looking and body positioning and I made some set up changes according to this. On talking before the session they both said they had never been able to get air under their wheels and their faces looked shocked when i said they would in a half hours time. Sure enough, when we moved onto the drop sections they both got into the air and began landing perfectly pretty much from the word go. I worked on the mental skills questions too so that they could make their own choices in what to ride from today onwards and that made a big difference as they both rode the largest drop and both commented on how easy it now felt and why.
I really worked hard on Andy’s feet placement in his right hand corners and we worked on a body correction excersise to assist them both in gaining more grip before moving onto the skills trail itself.
Pumping was used to gain speed from the trail, rock gardens, fly out jumps, drop offs and steps were linked via their braking areas to flat , bermed, off camber and switchback turns. We worked our way down the trail, always working on bite sized chunks of the trail before adding it to the previous and before long we were riding the whole trail end to end. They were now riding faster and smoother than ever before and any errors were being self diagnosed too as they knew why any section was right or wrong.
After nearly 5 hours I could see they were tiring mentally and our session came to a close after a few more runs of the drop sections. They wanted me to ride some woodwork for them  so I gave a demonstration of the same skill set in use in my own riding.
Awesome session guys.
High5!