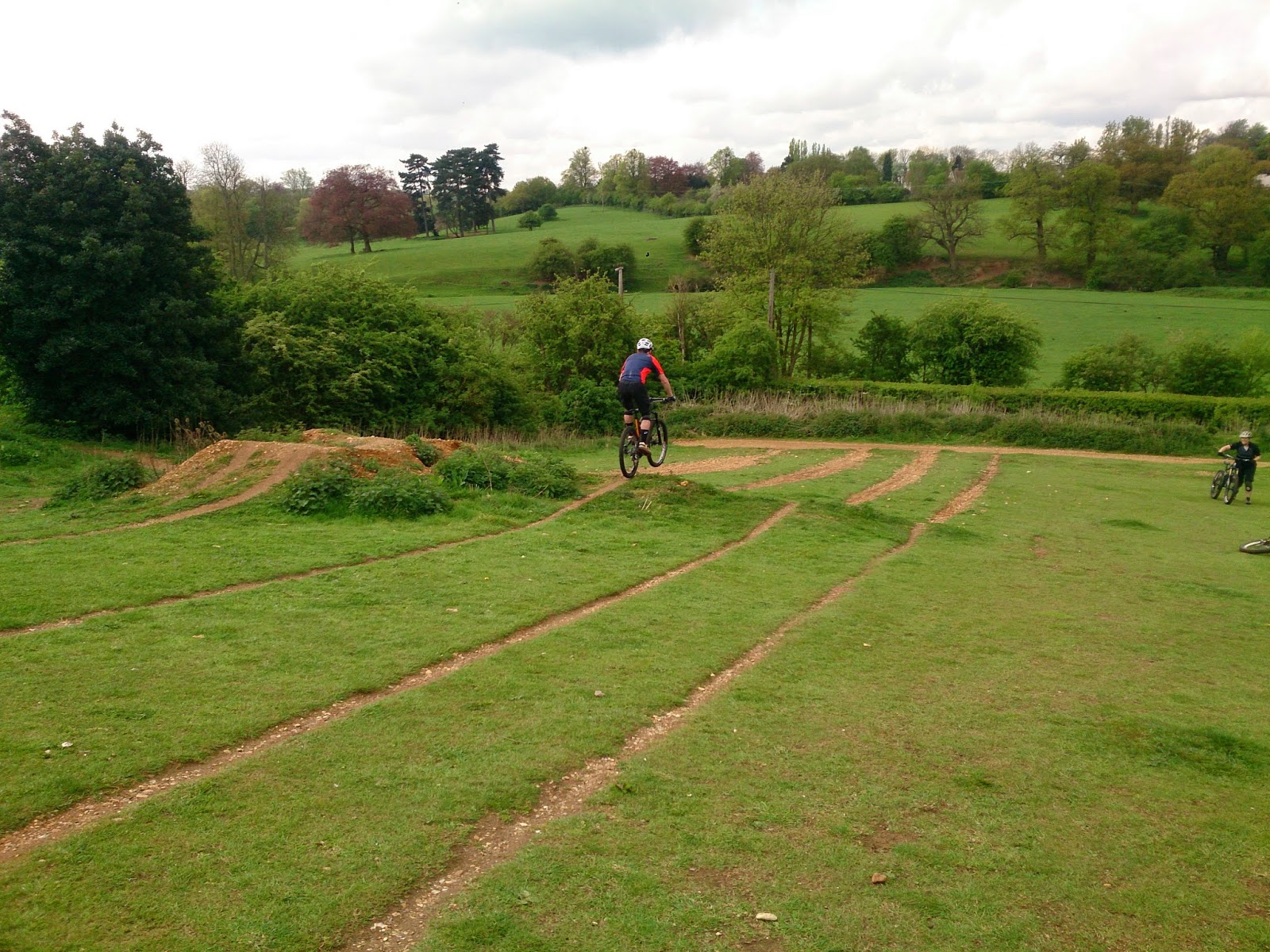 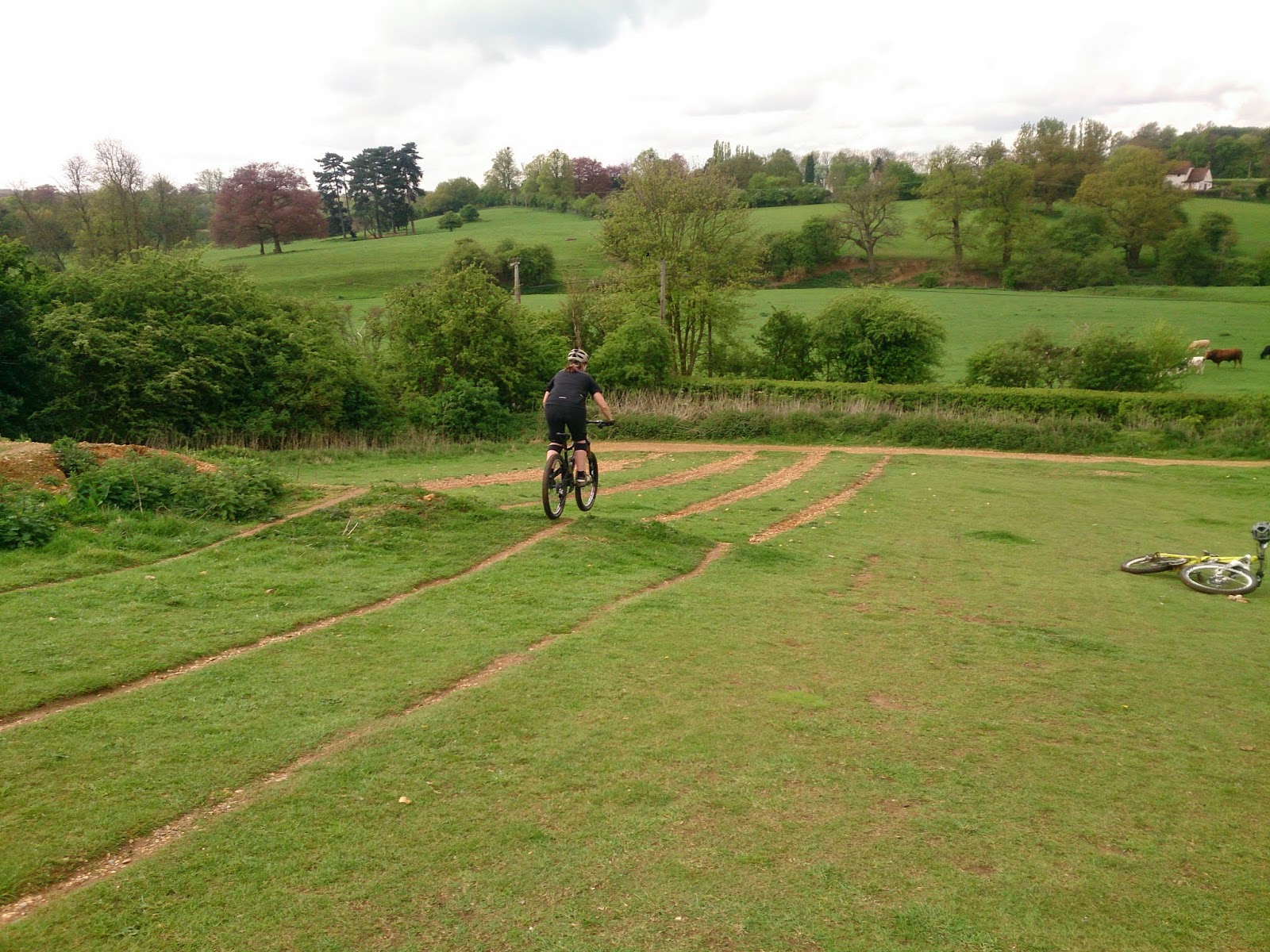 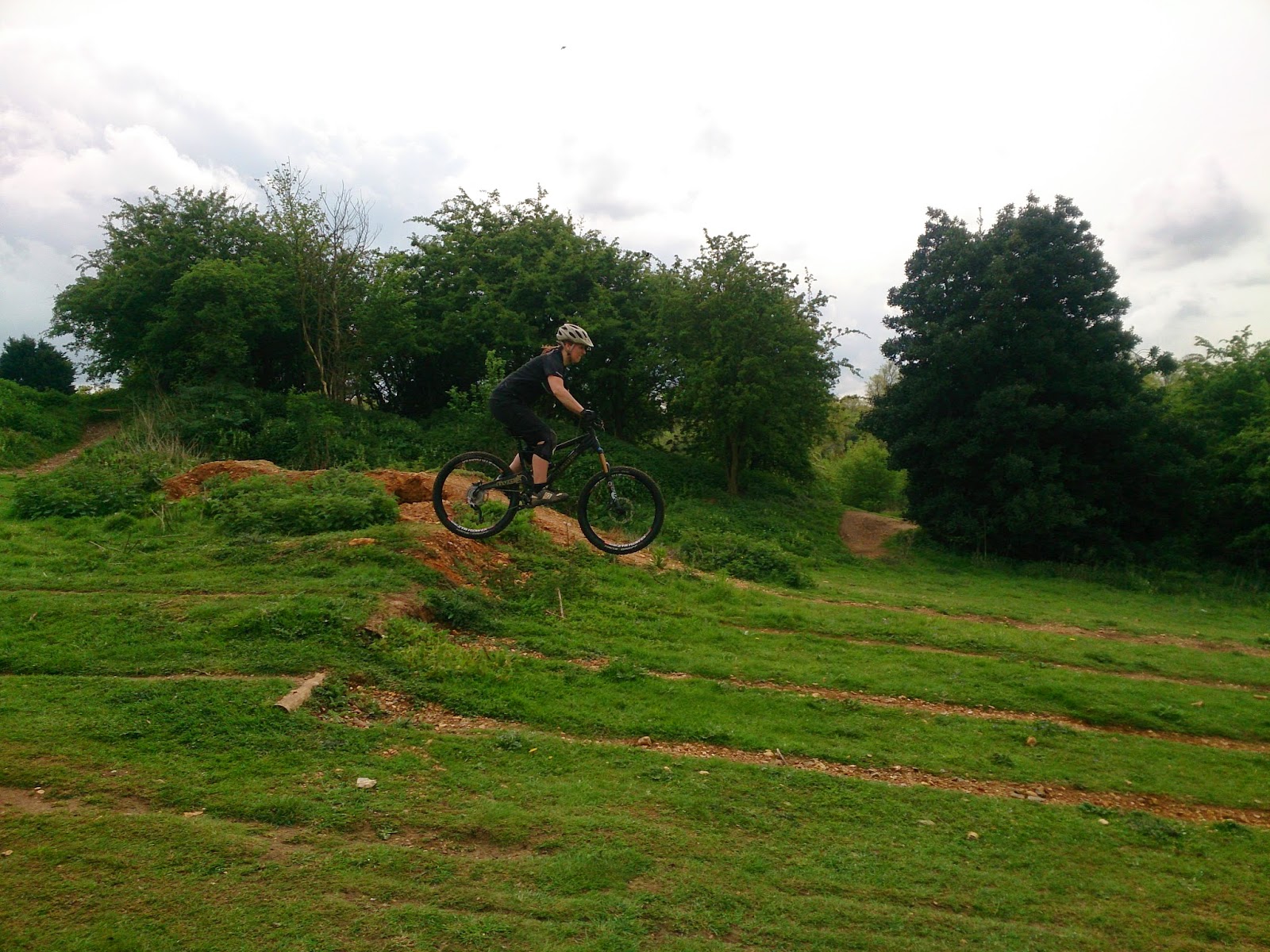 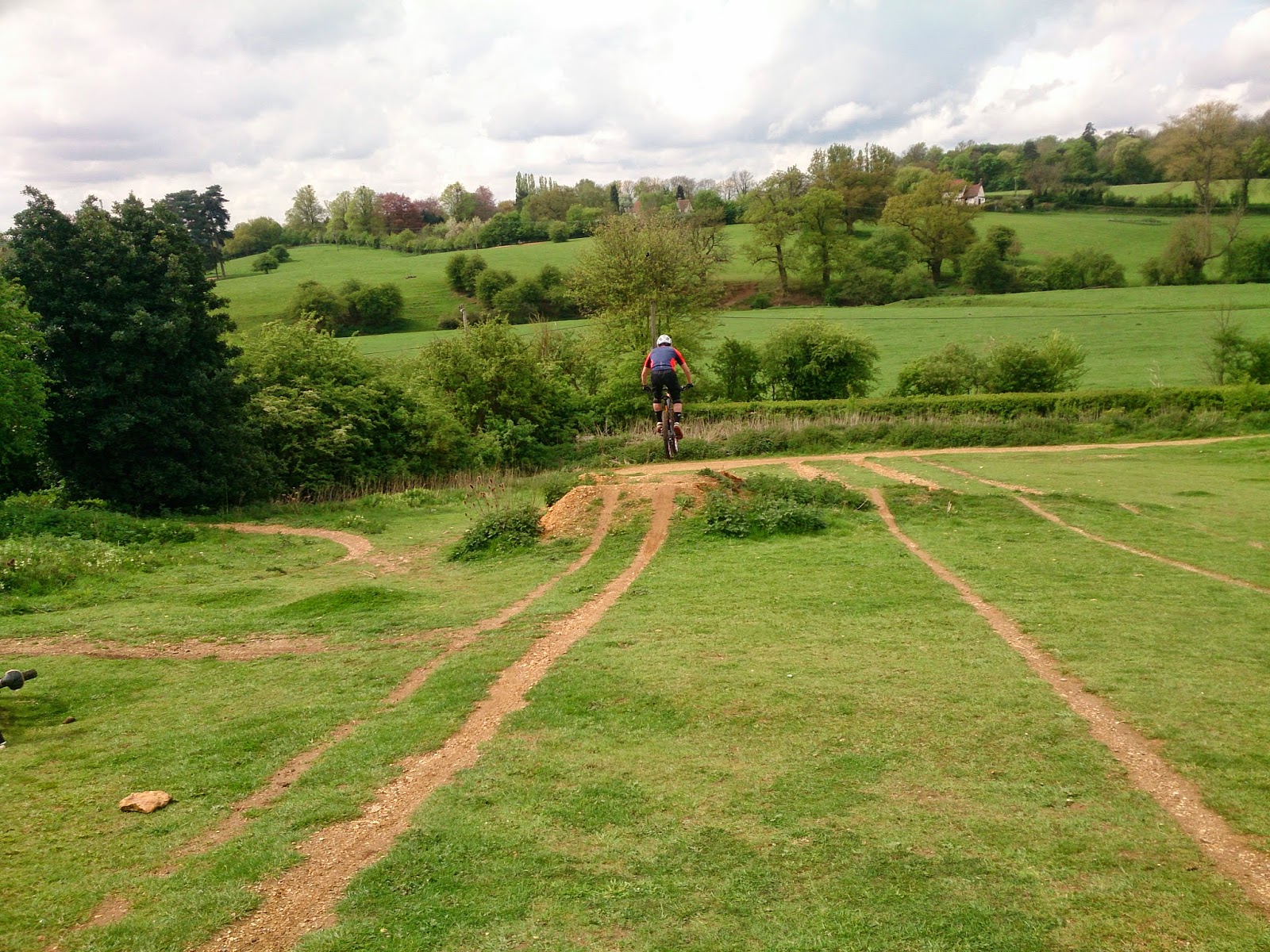 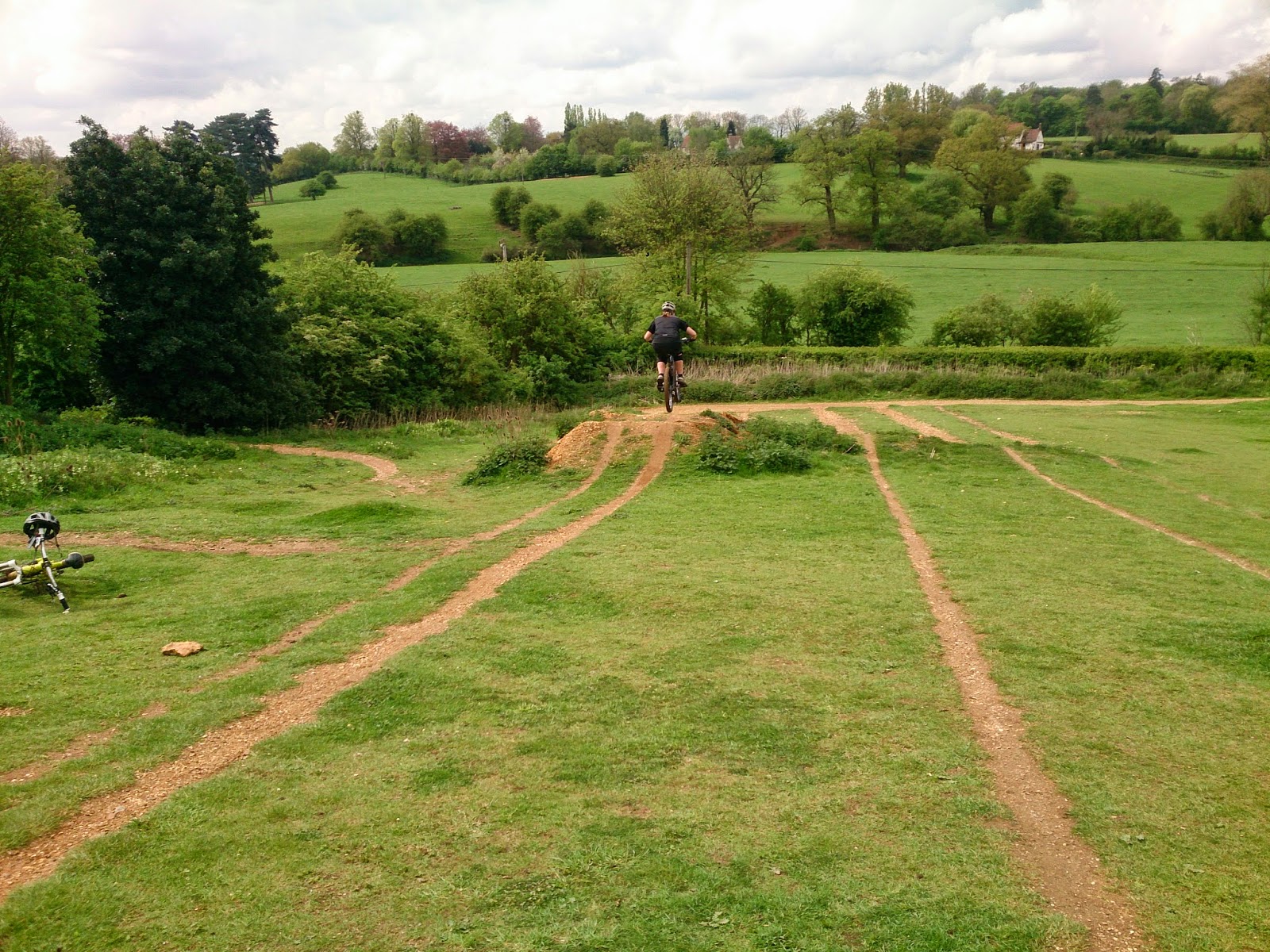 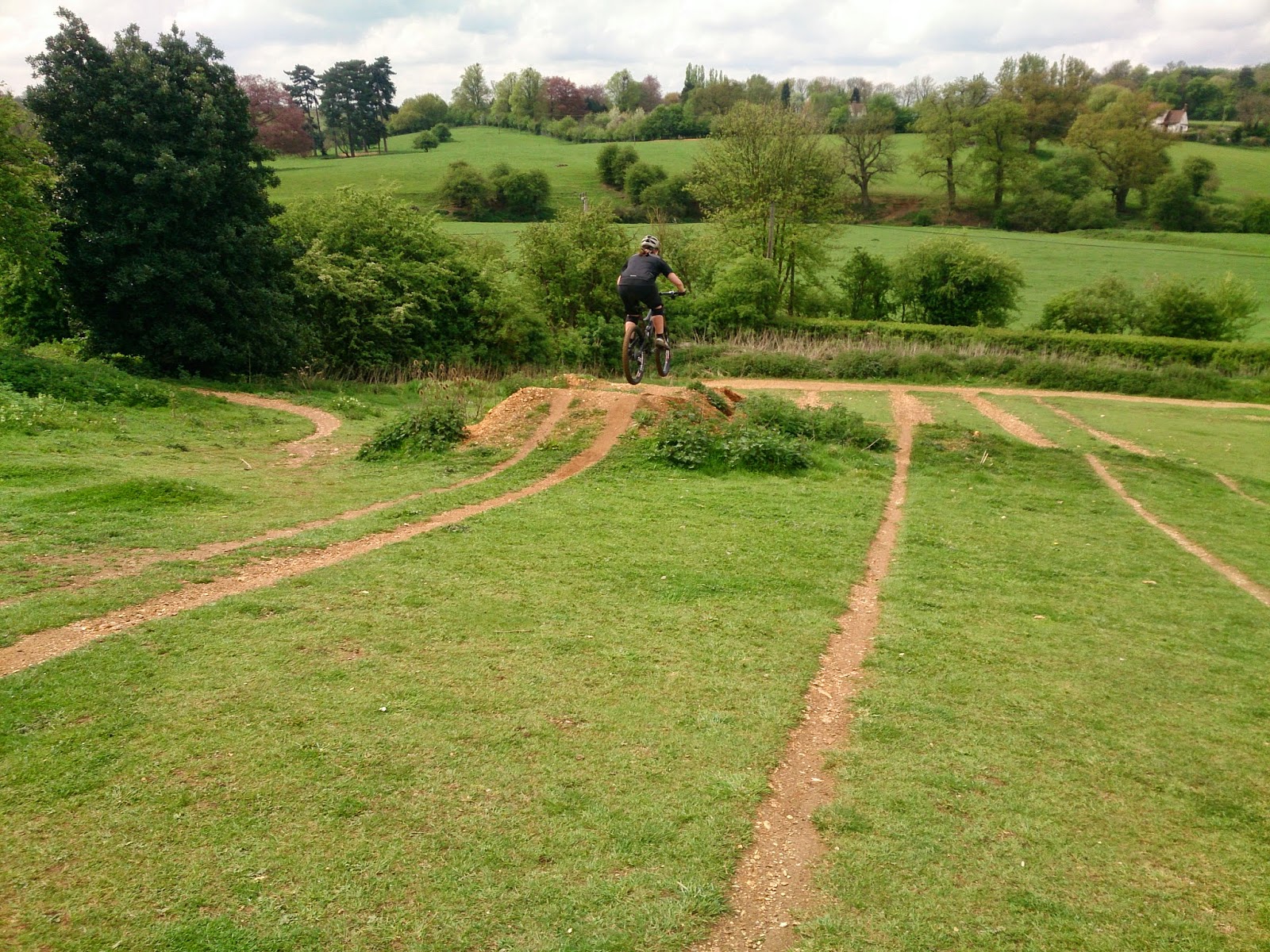 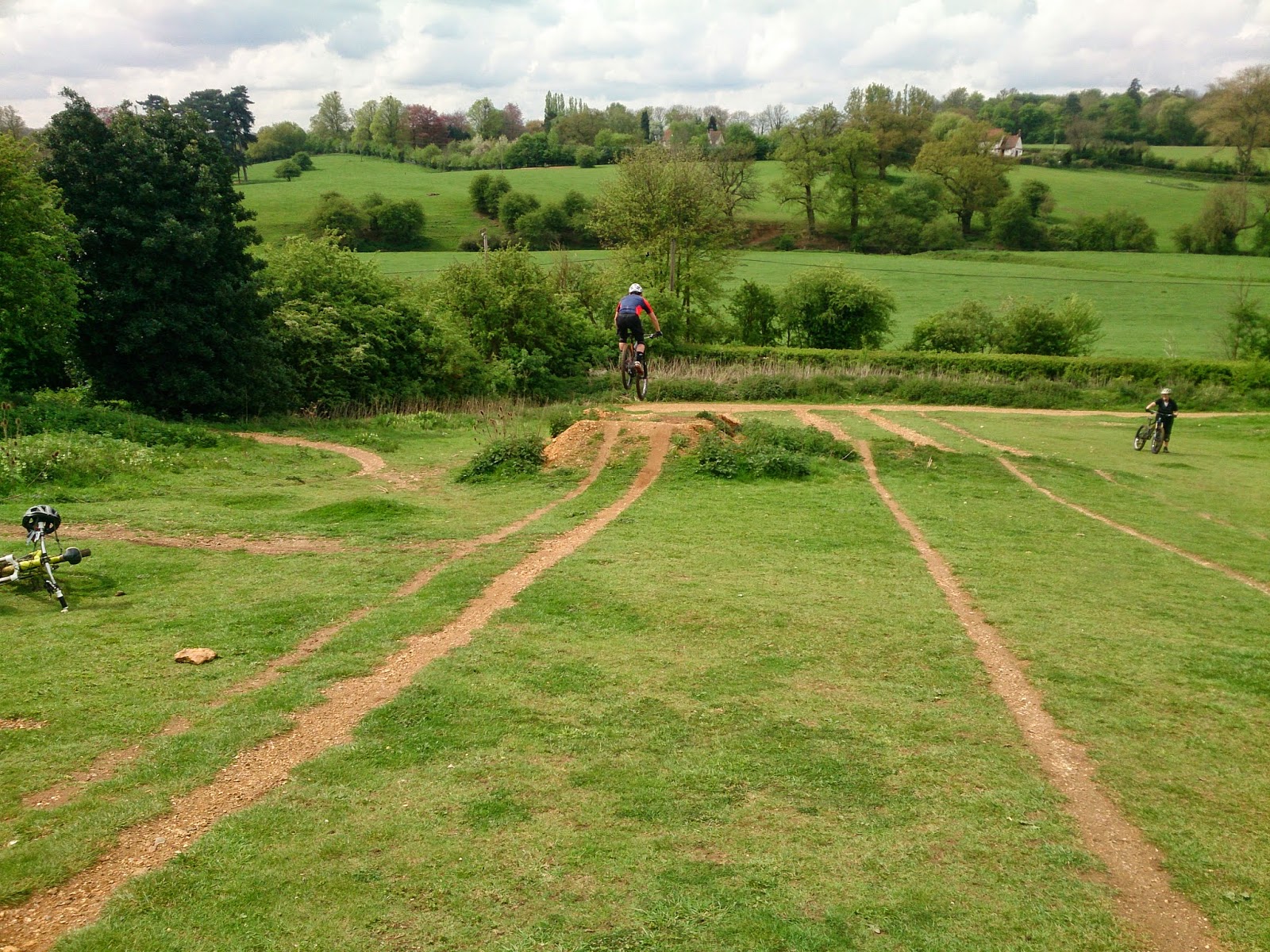 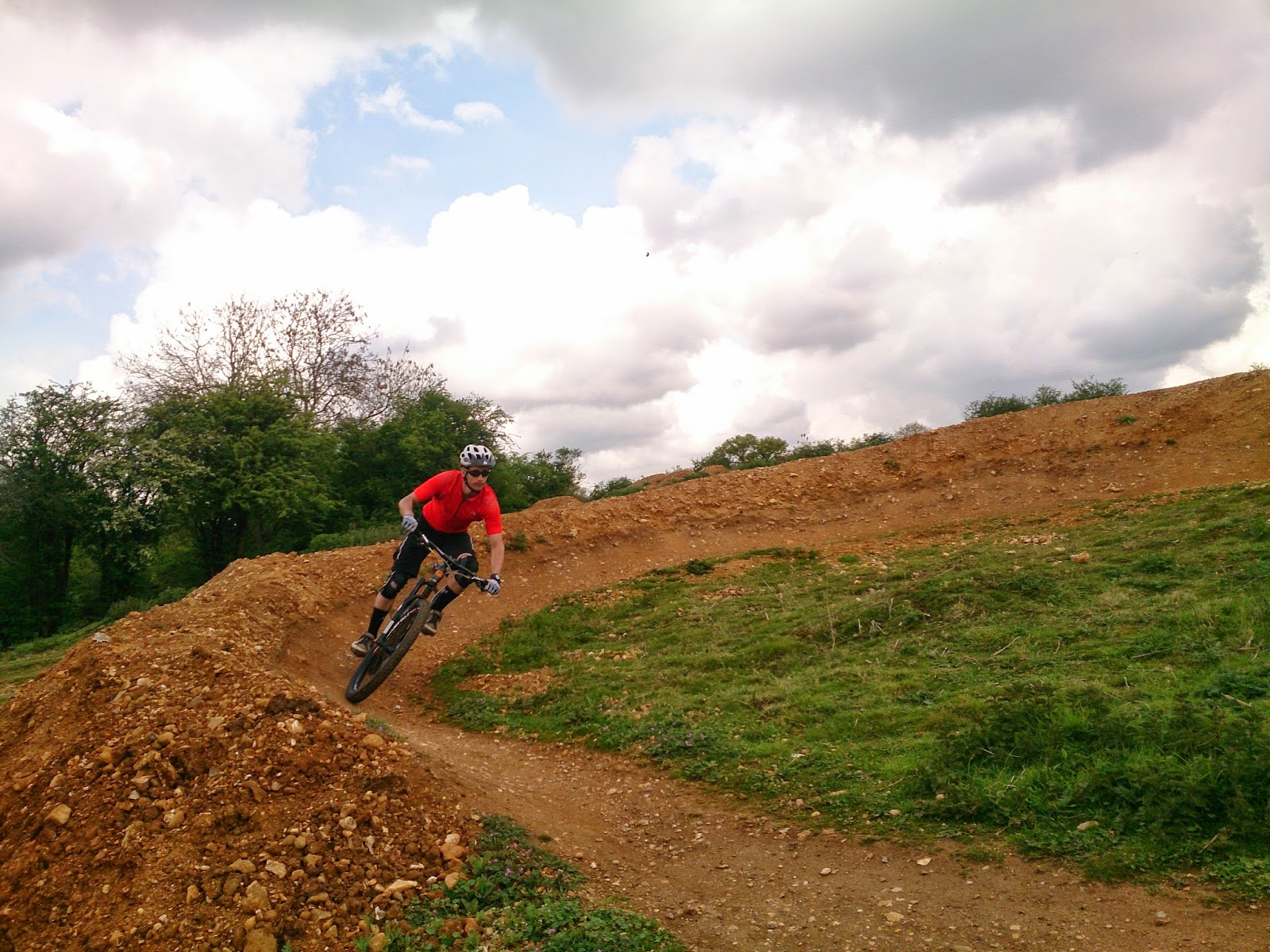 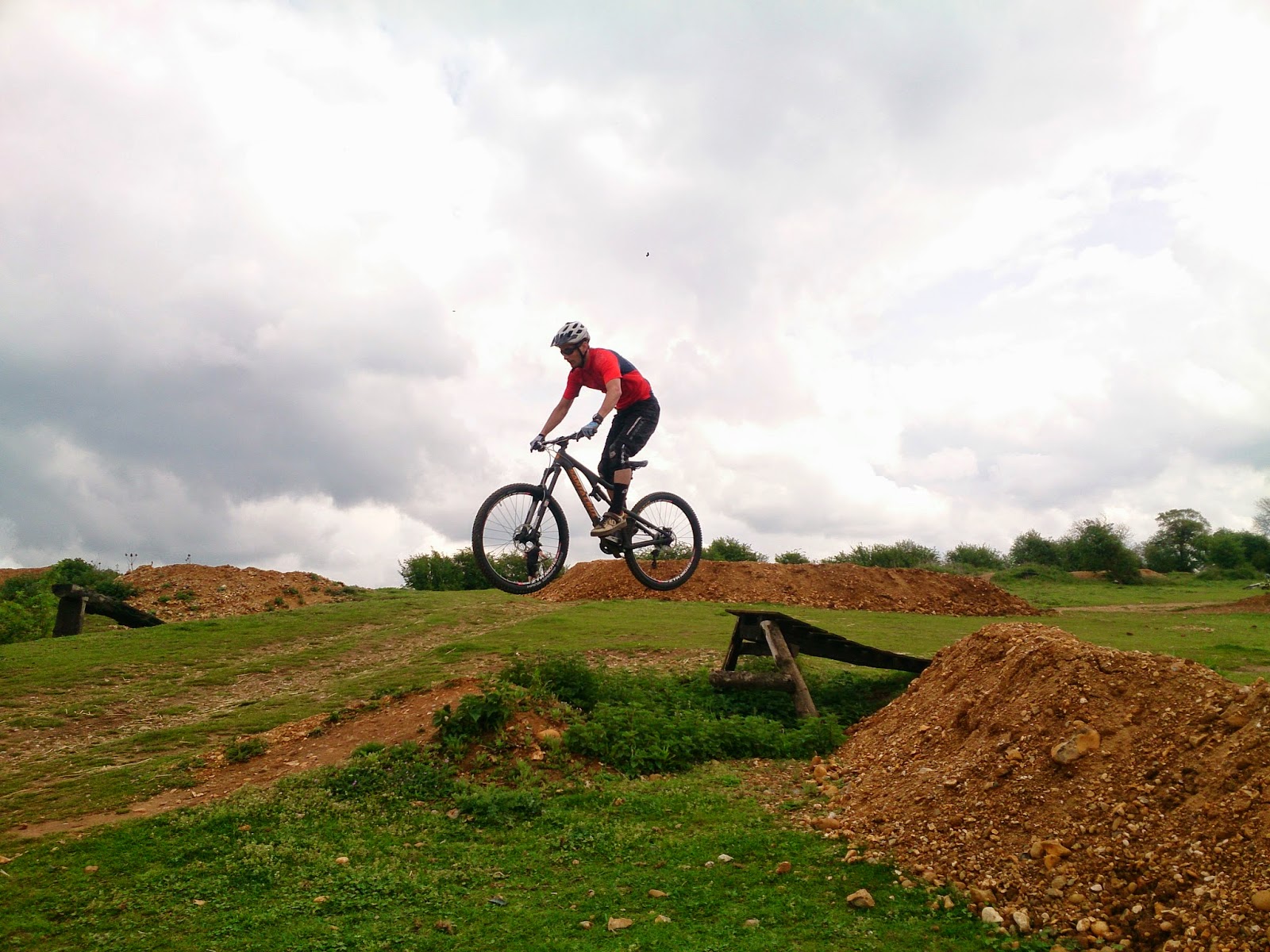 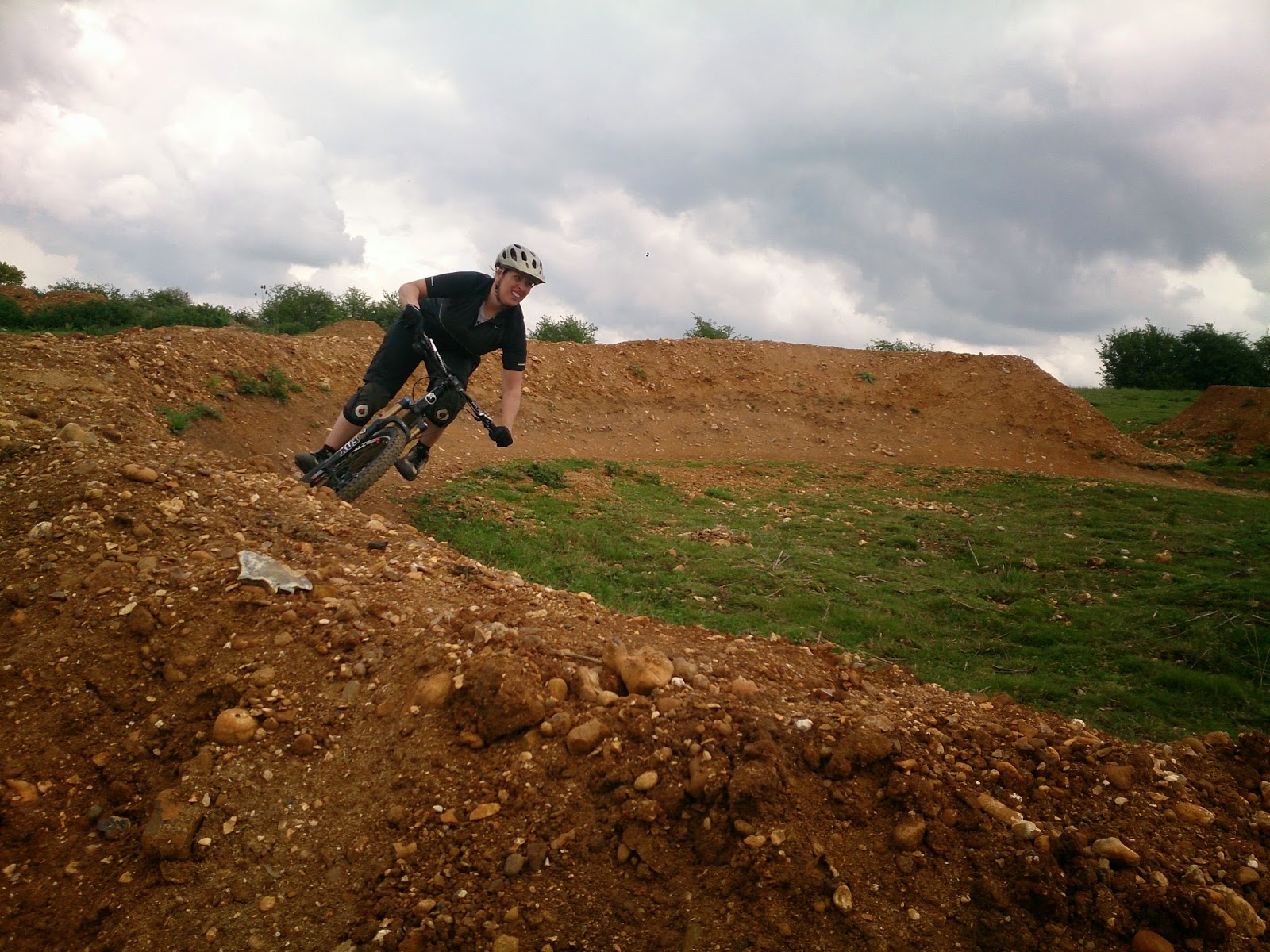 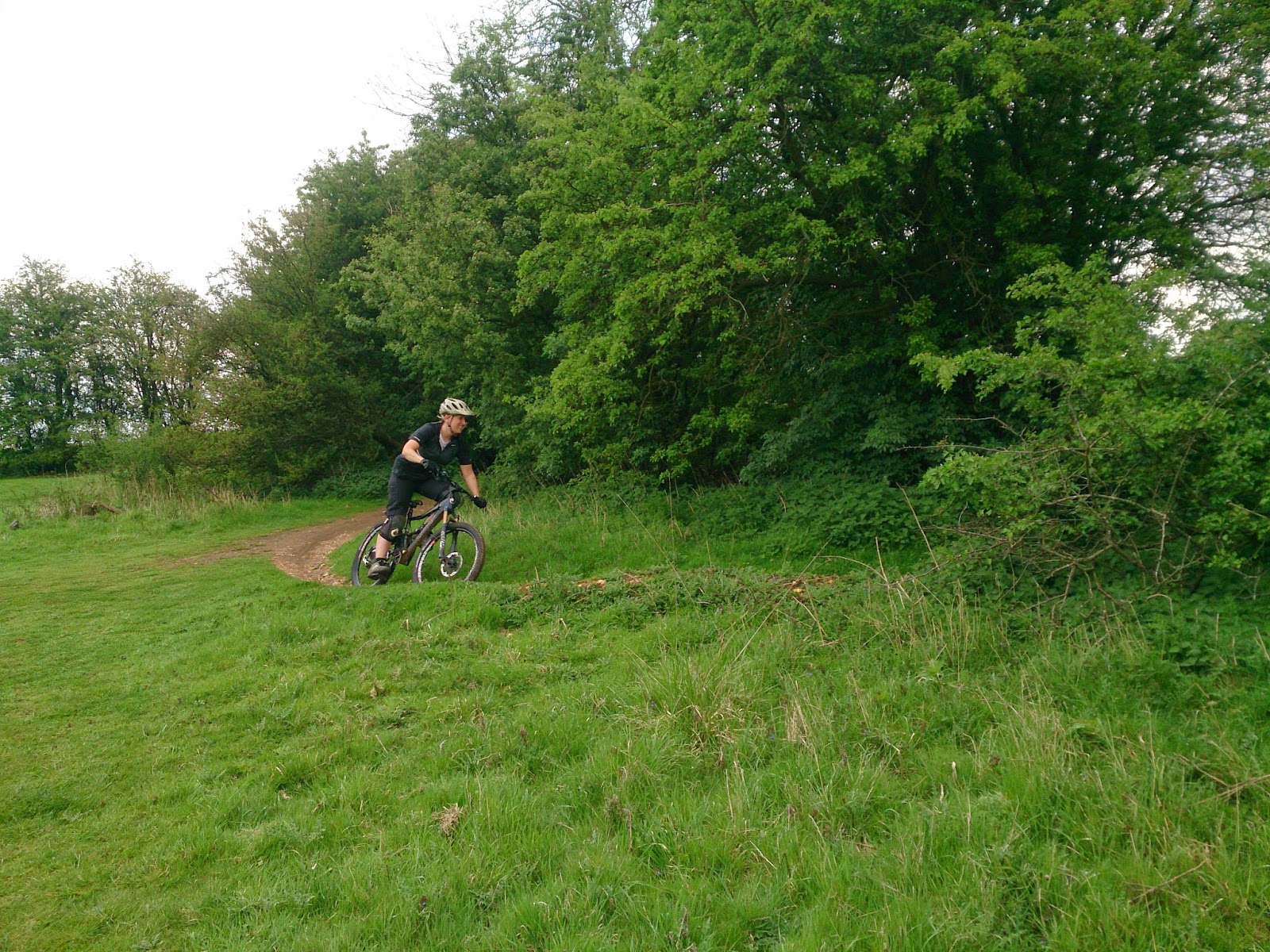 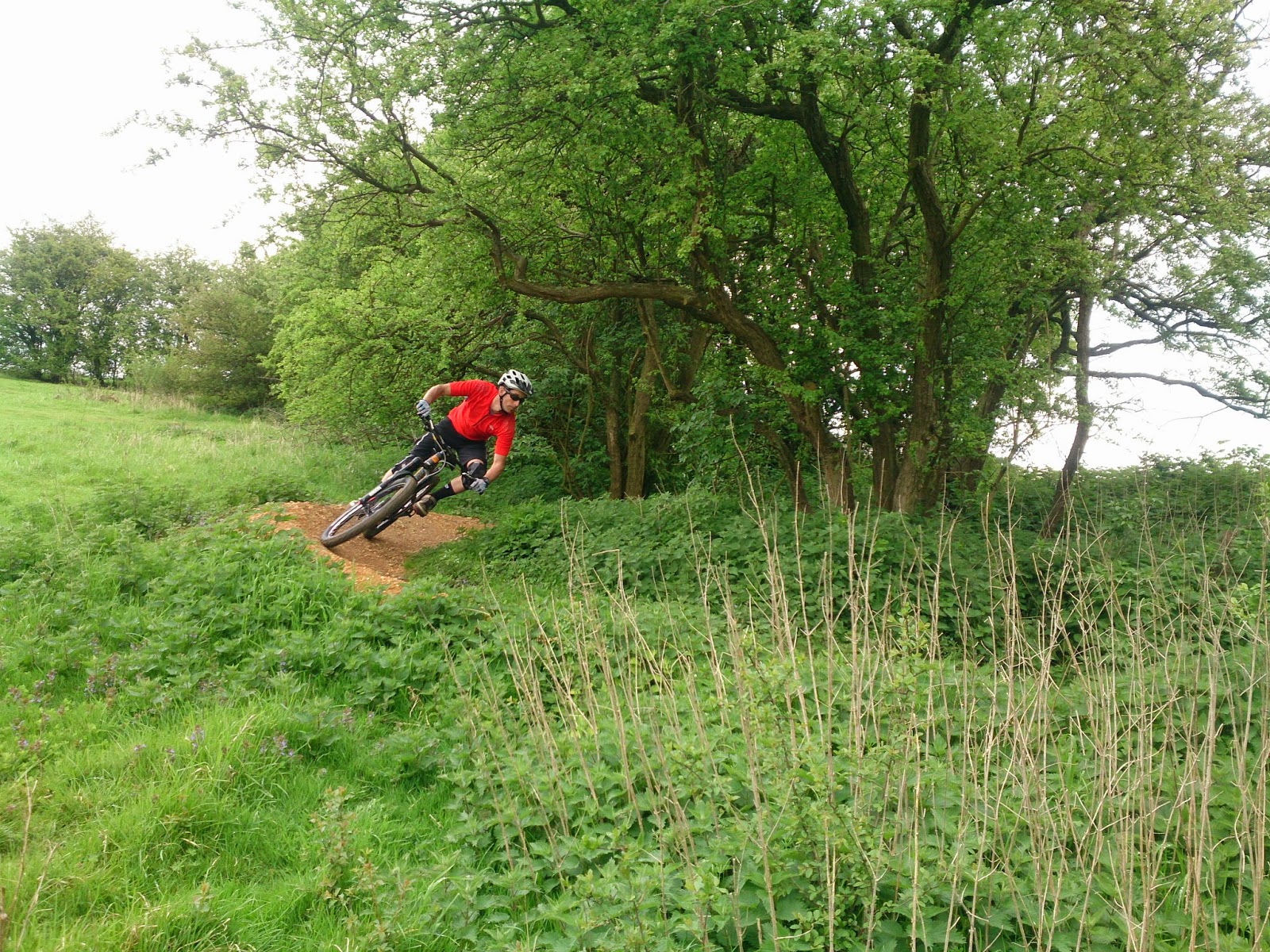 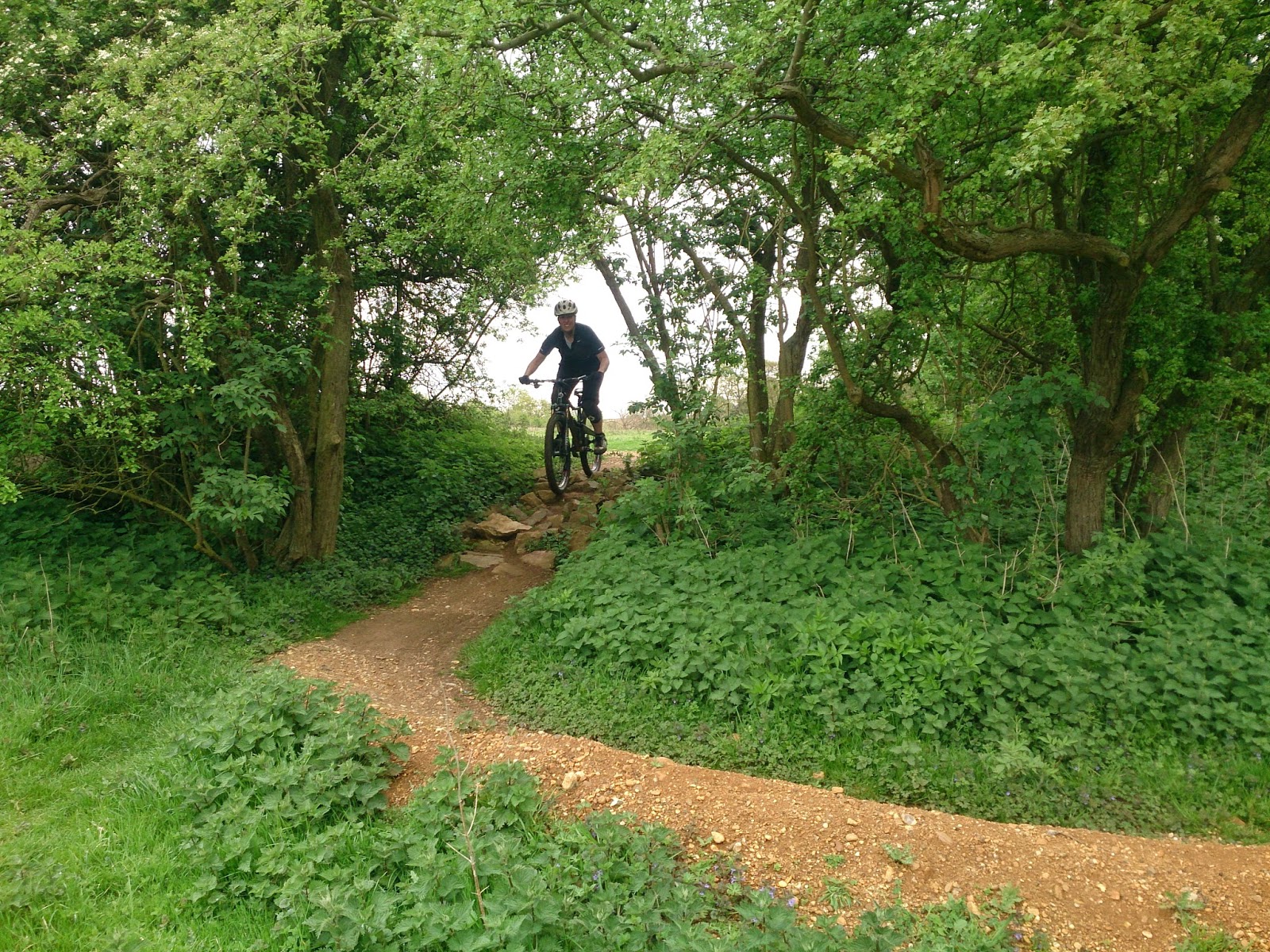 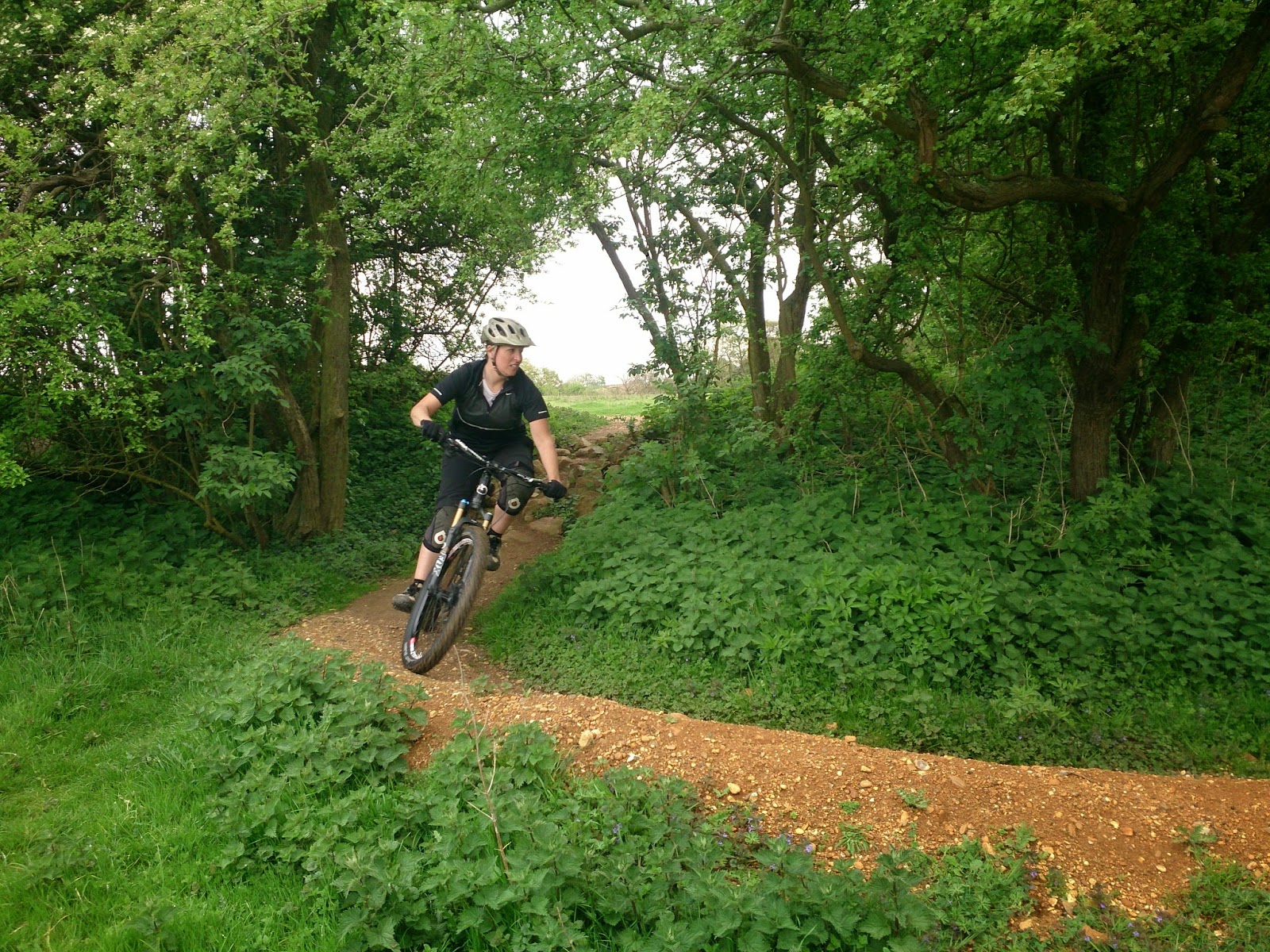 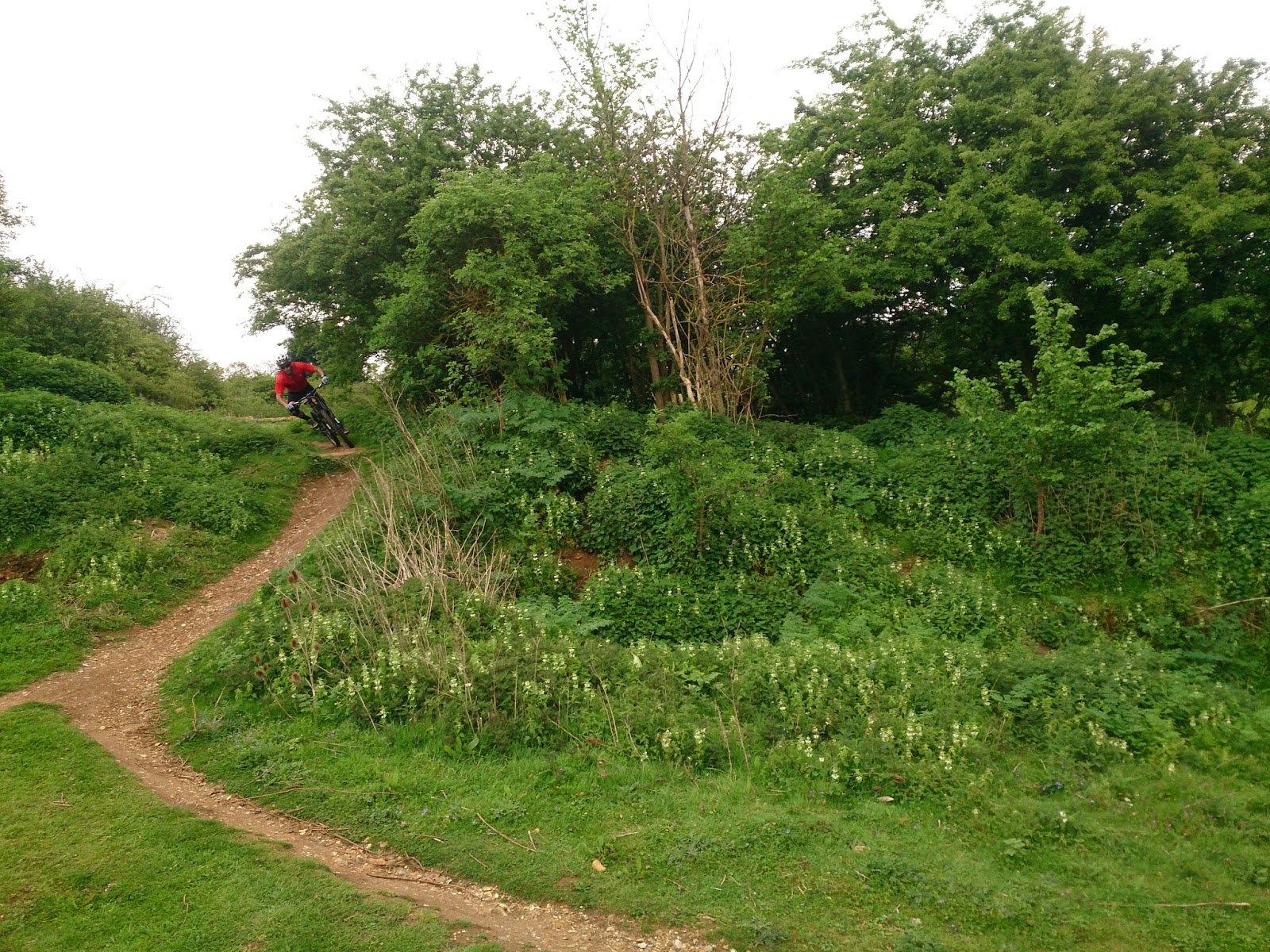 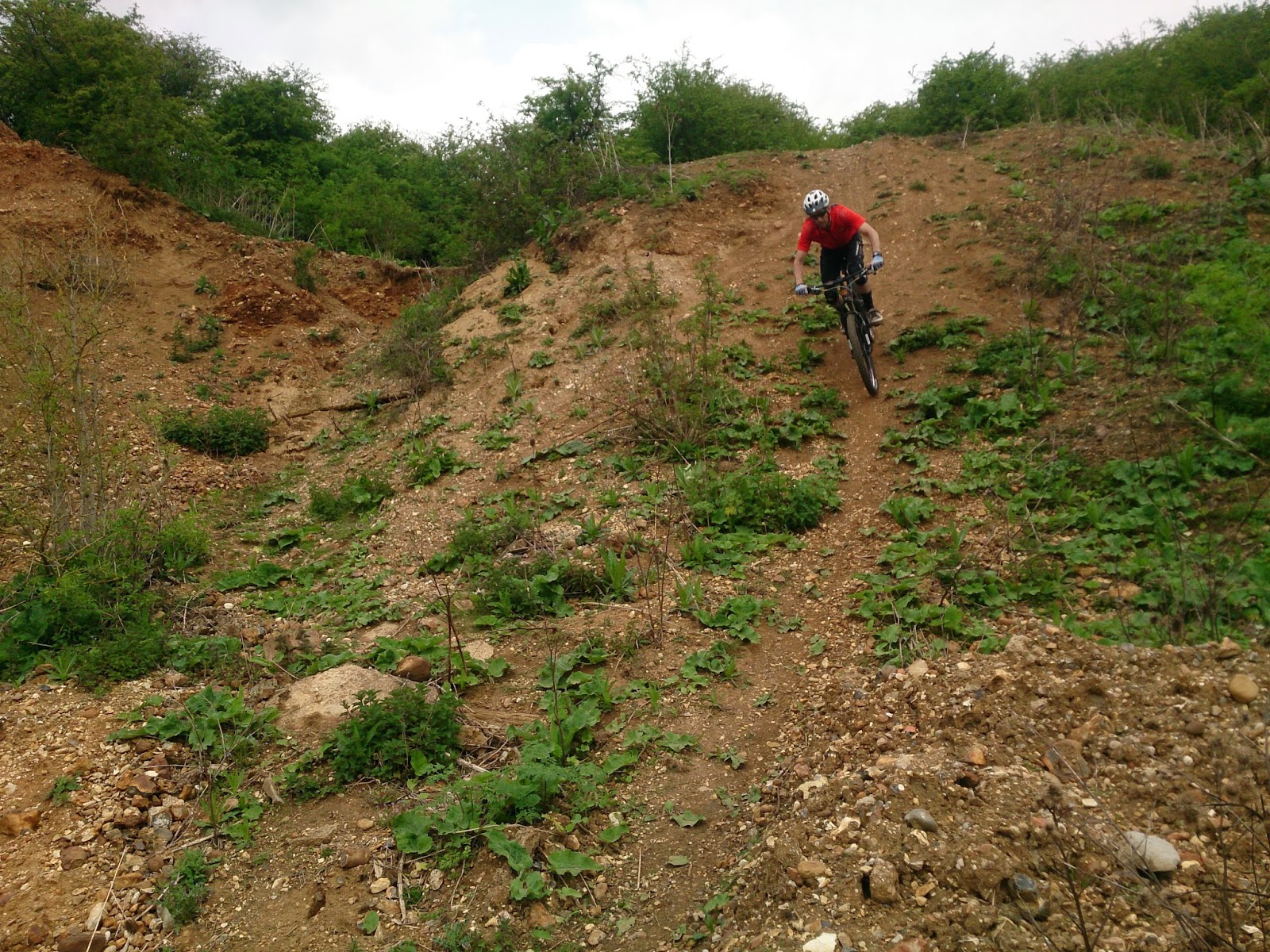 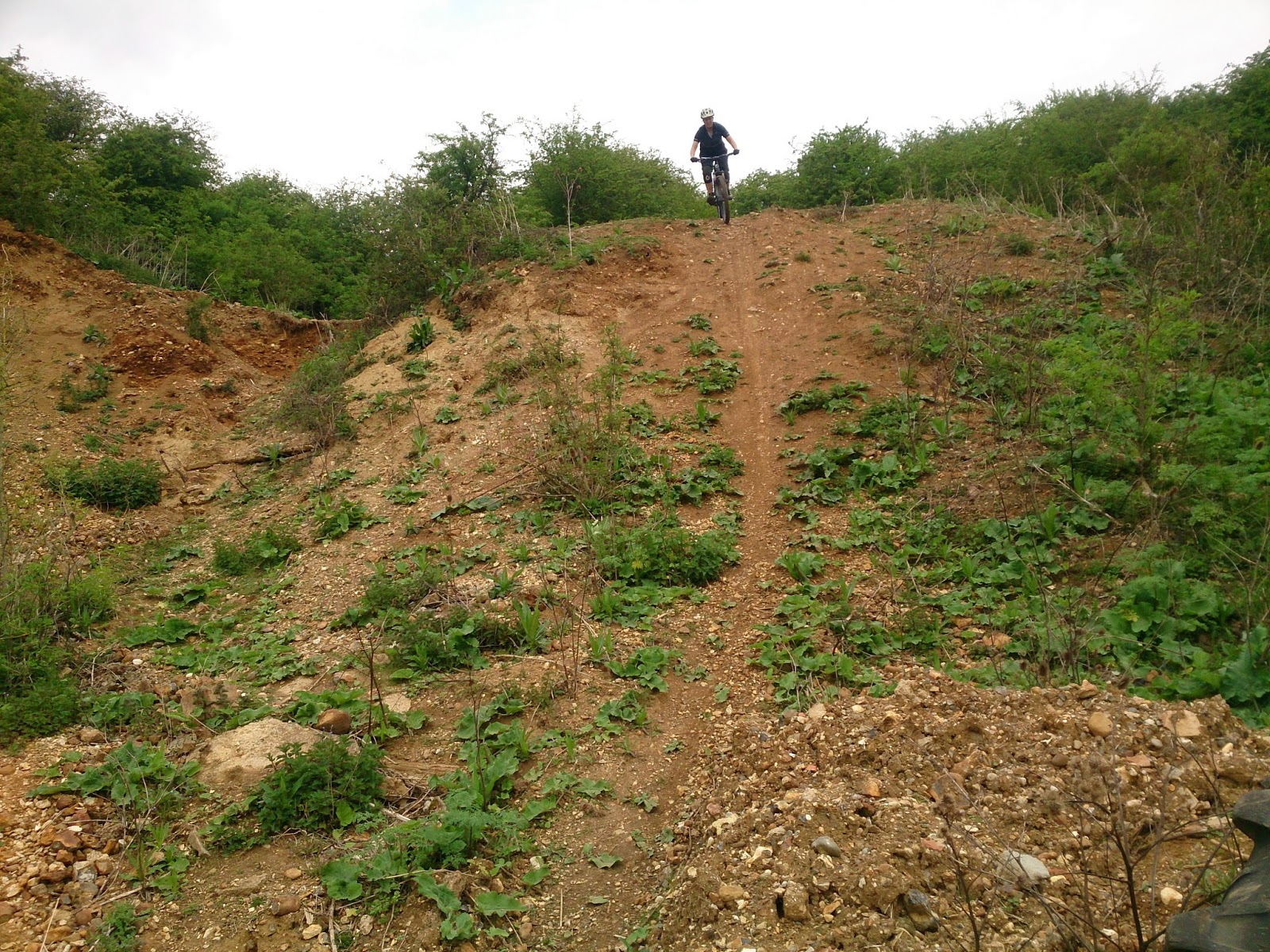 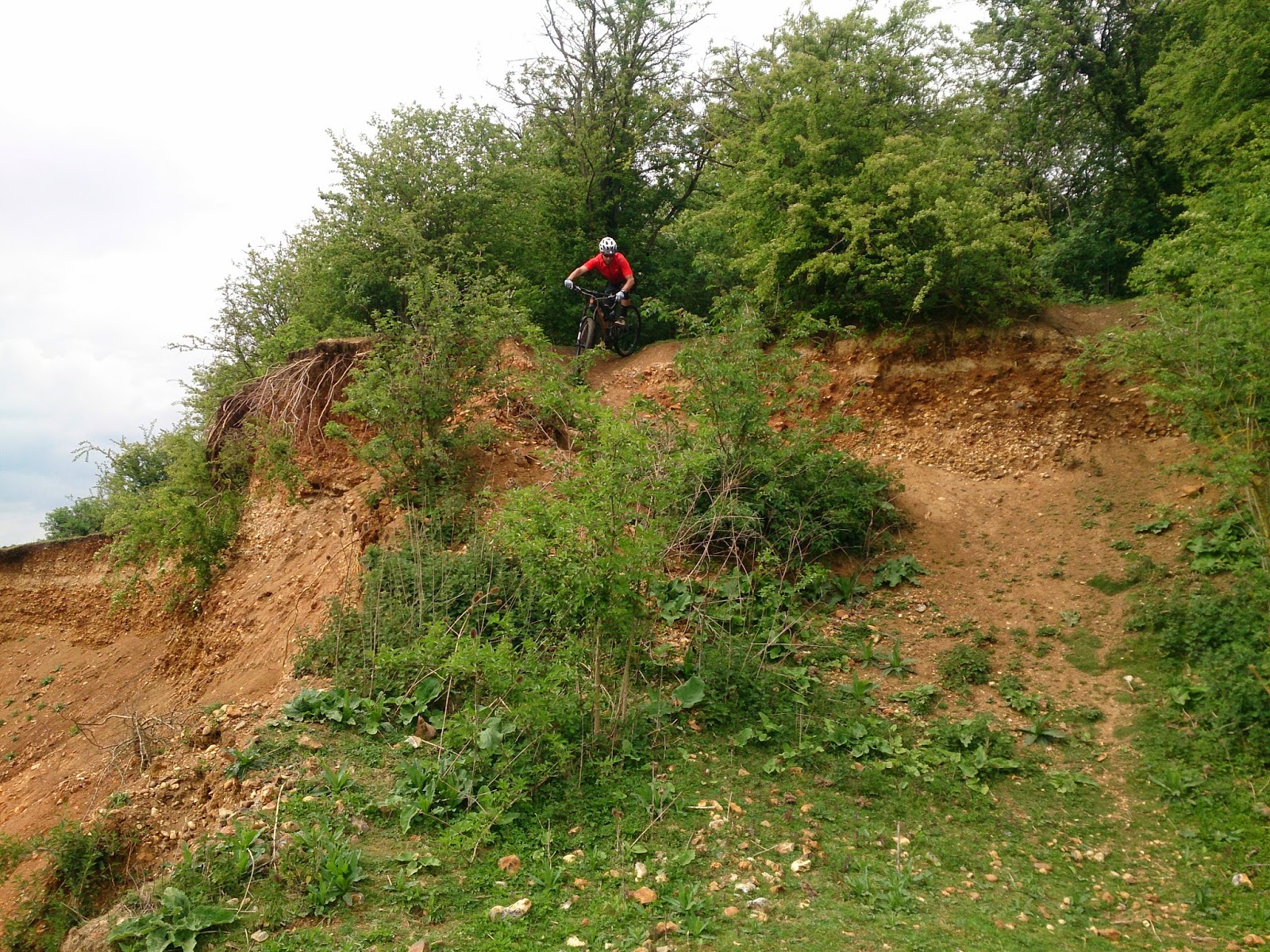 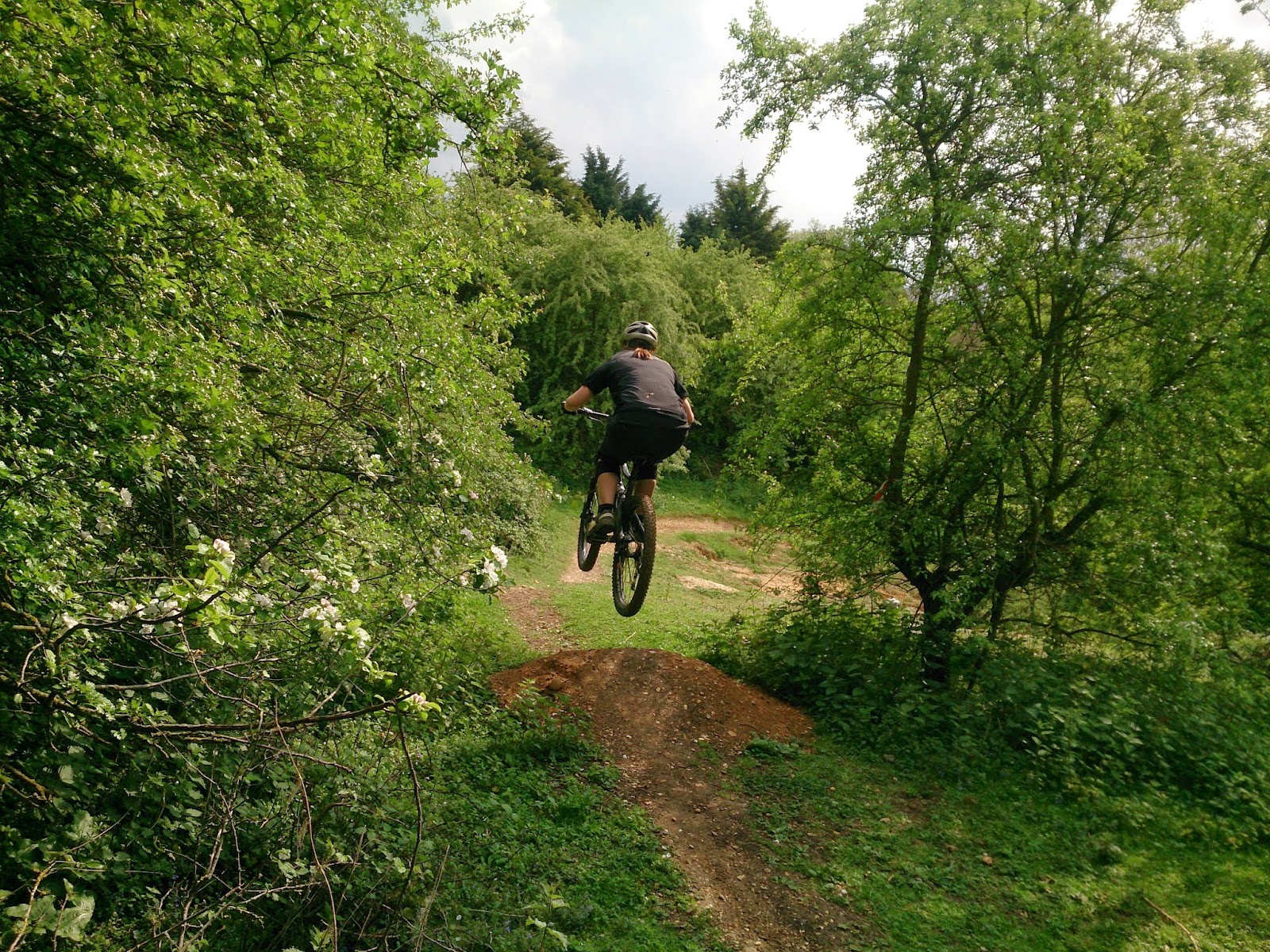 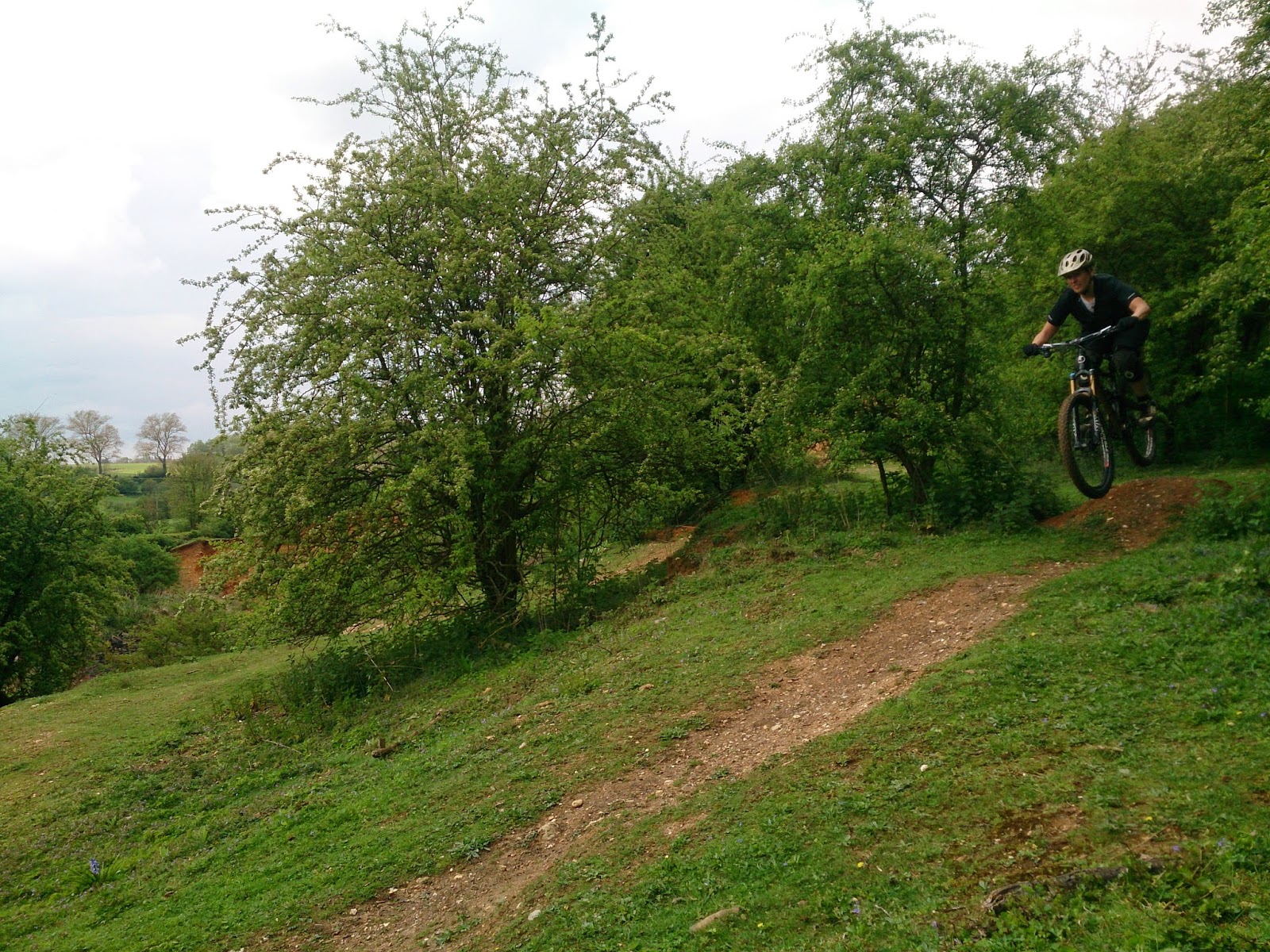 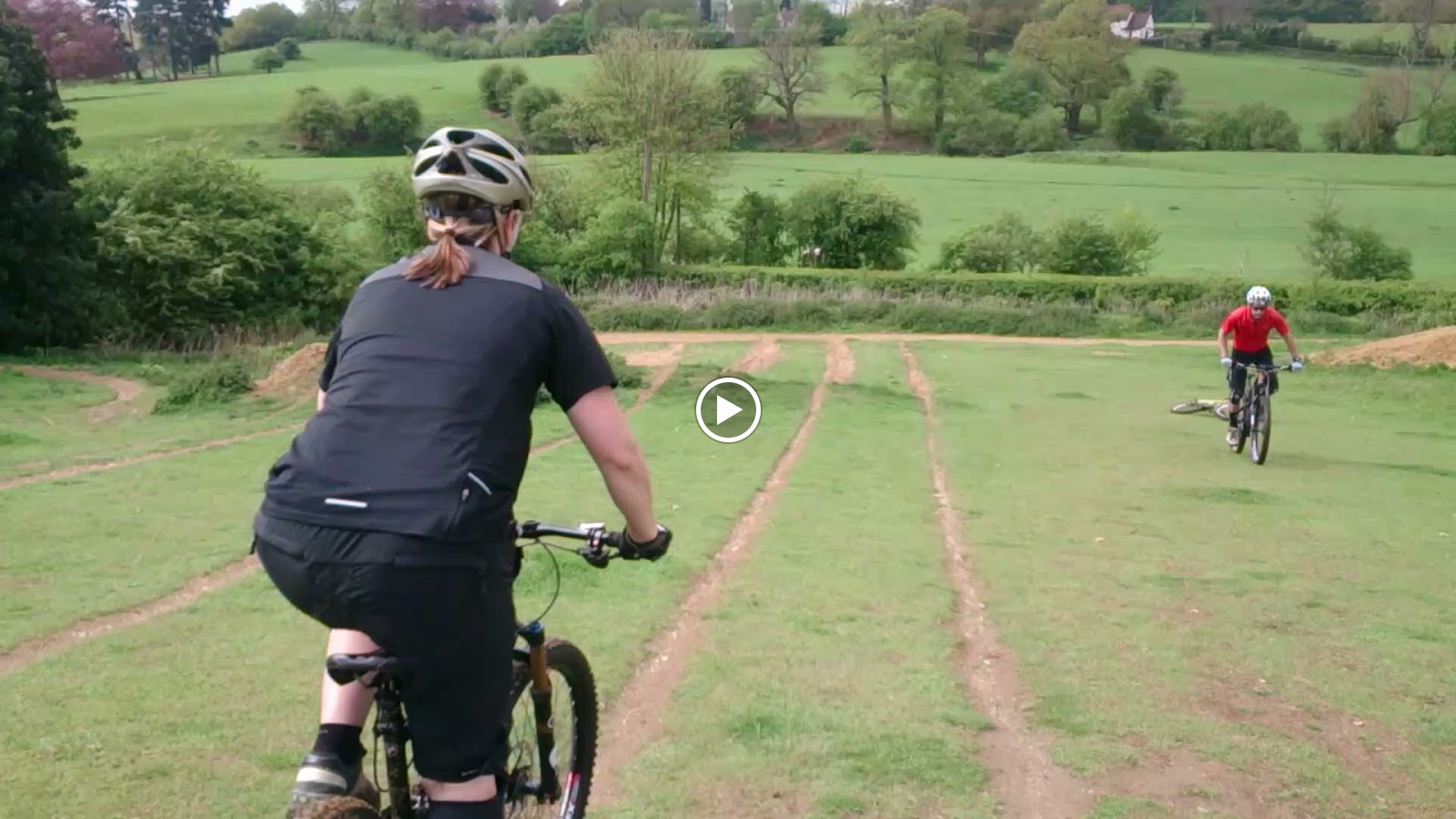 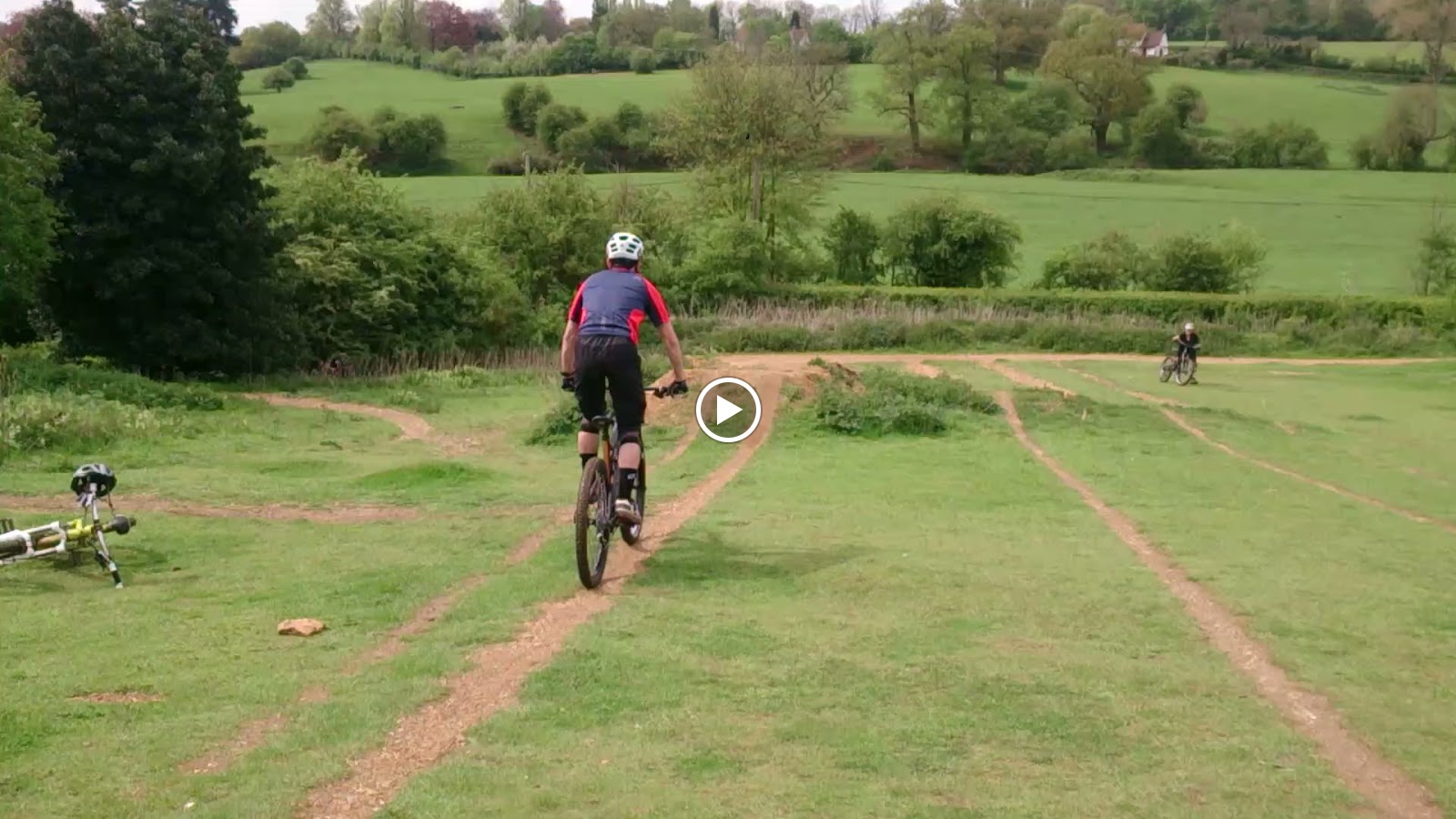 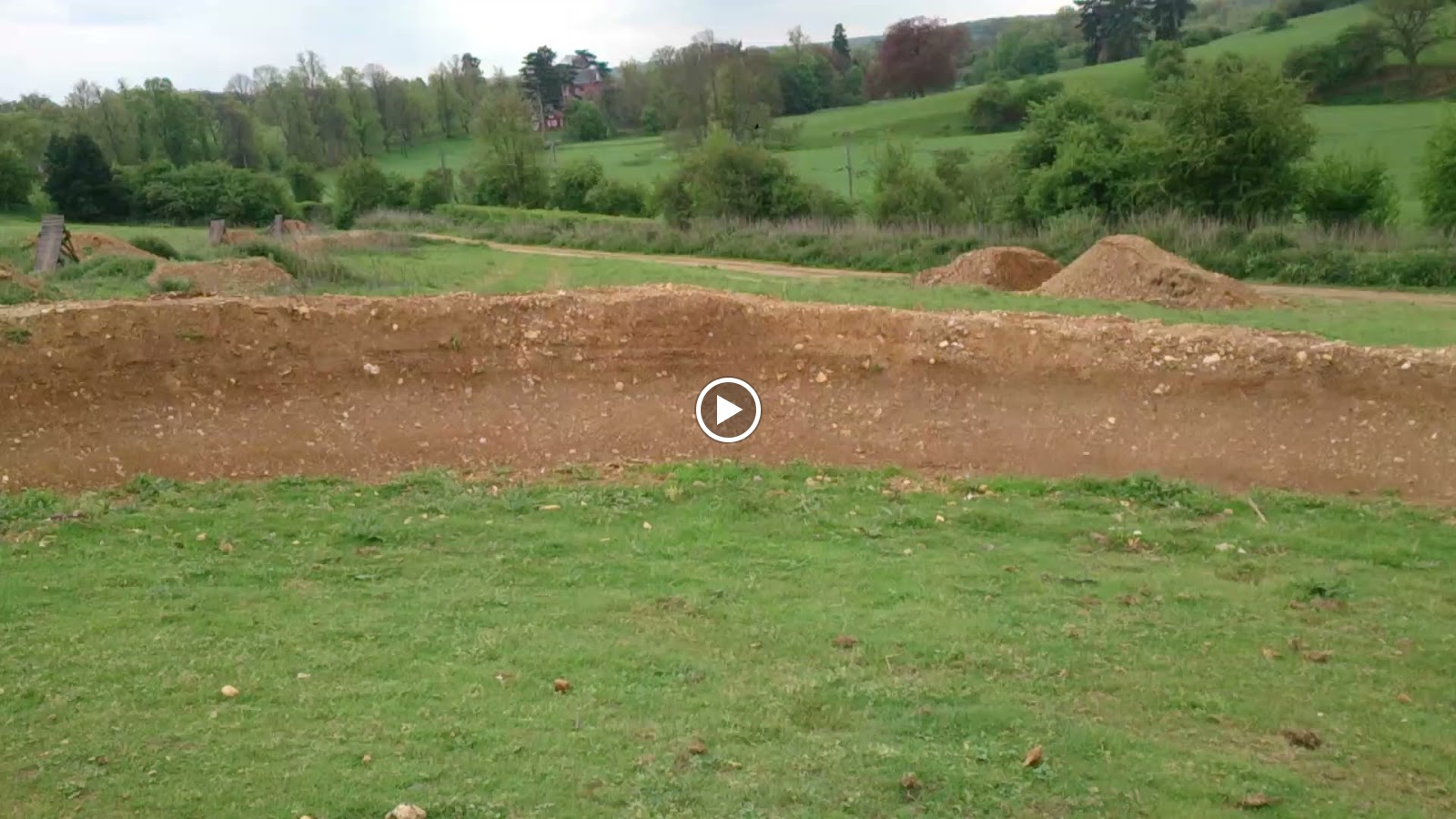 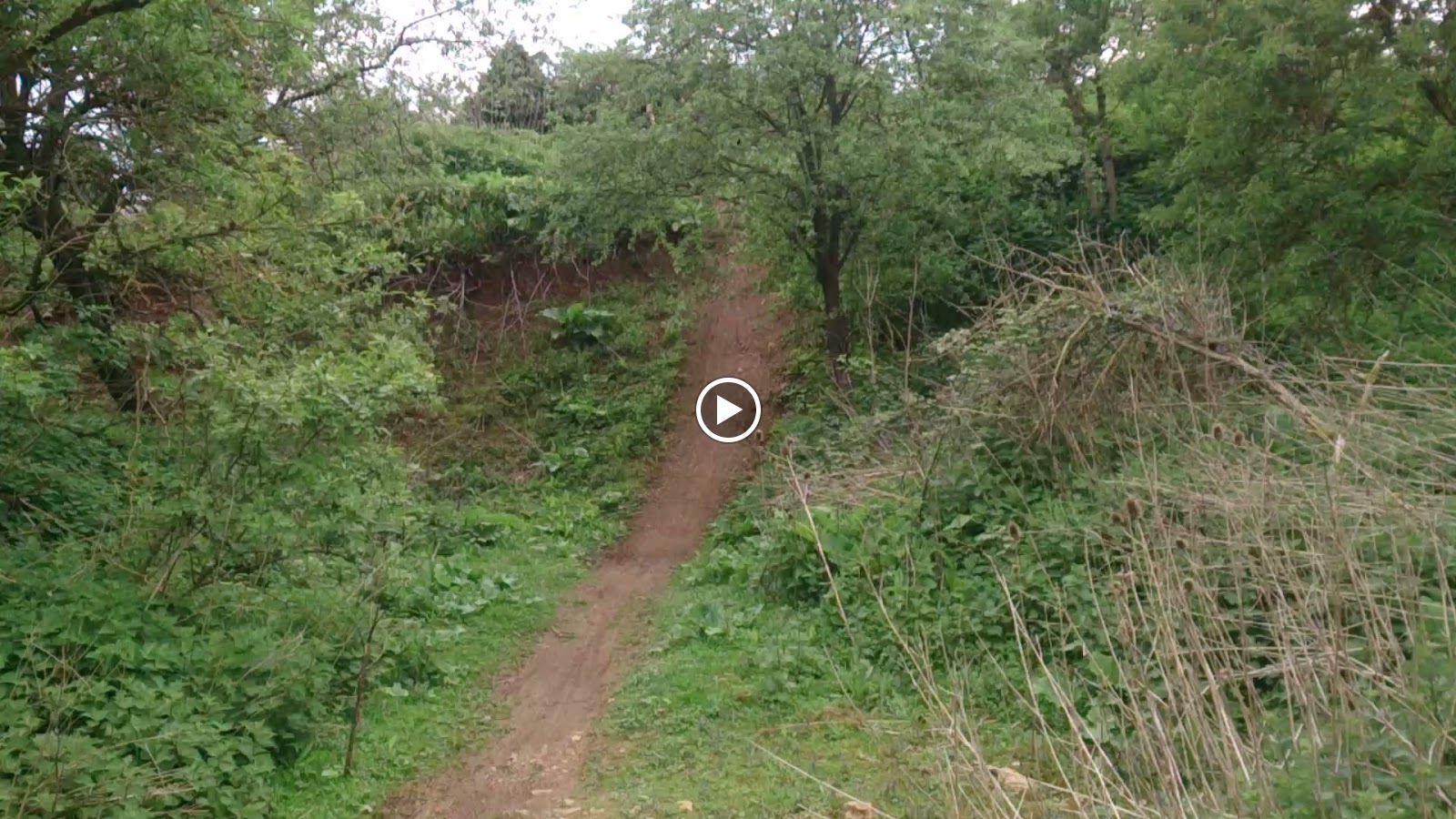 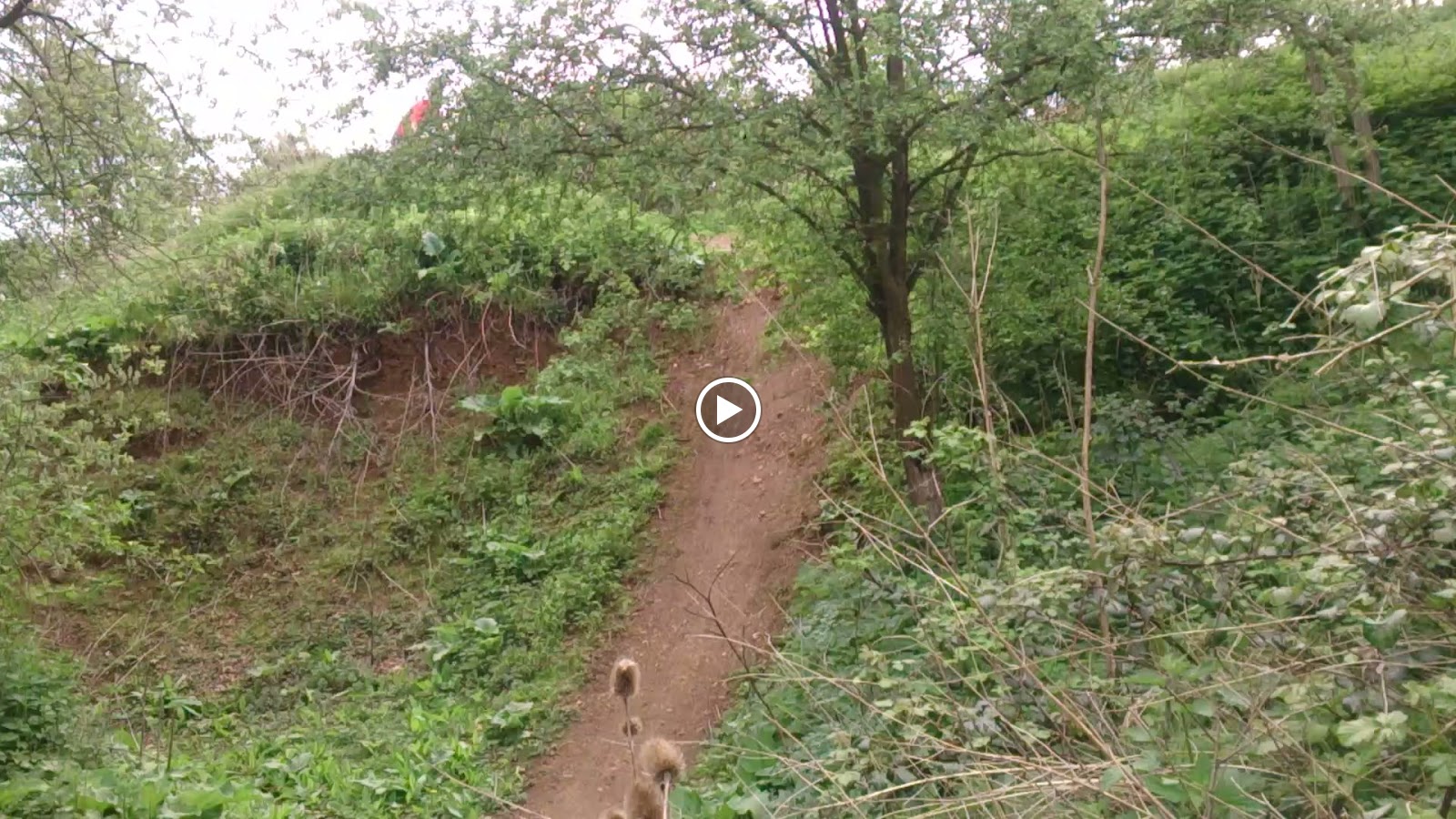 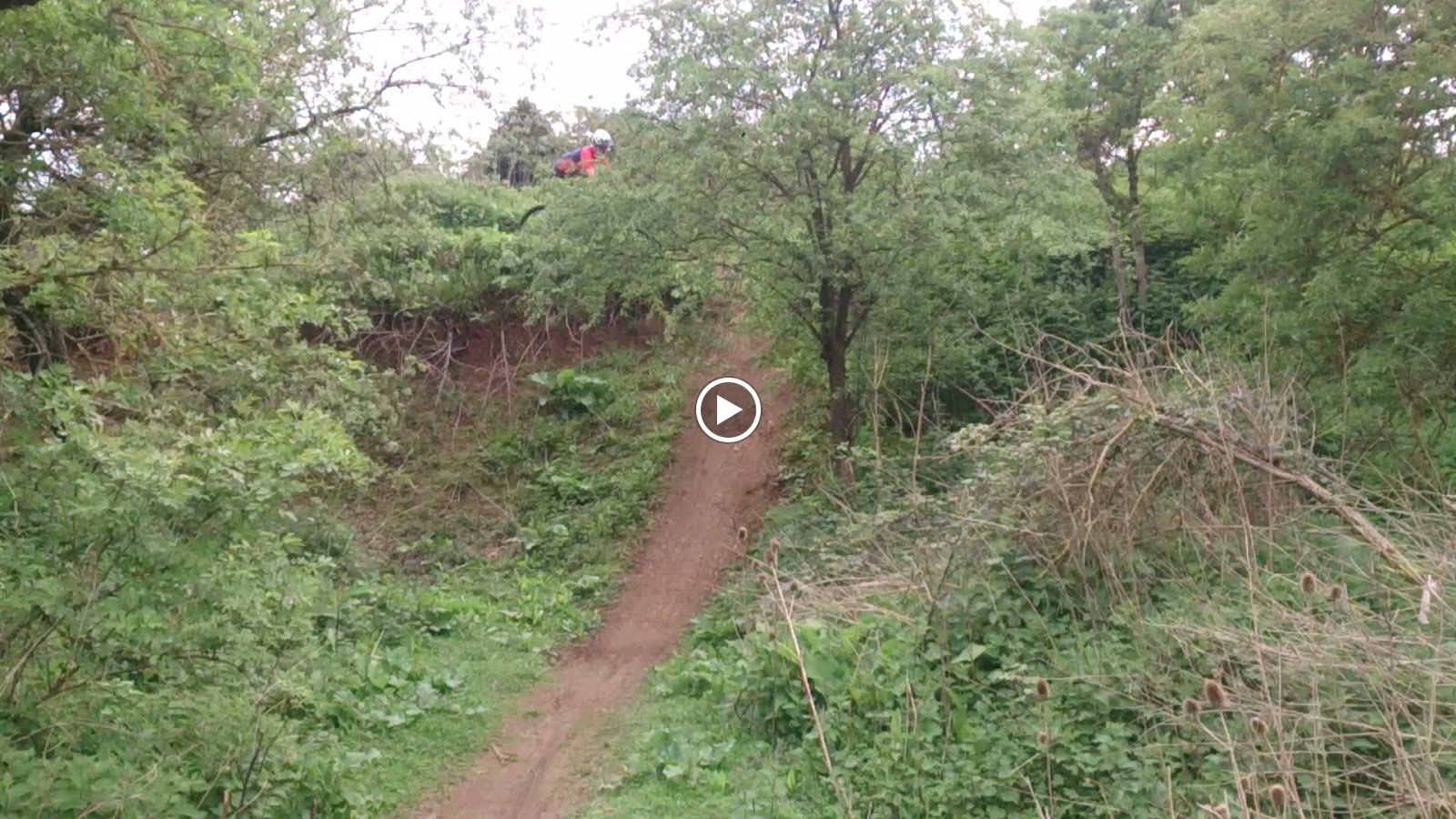 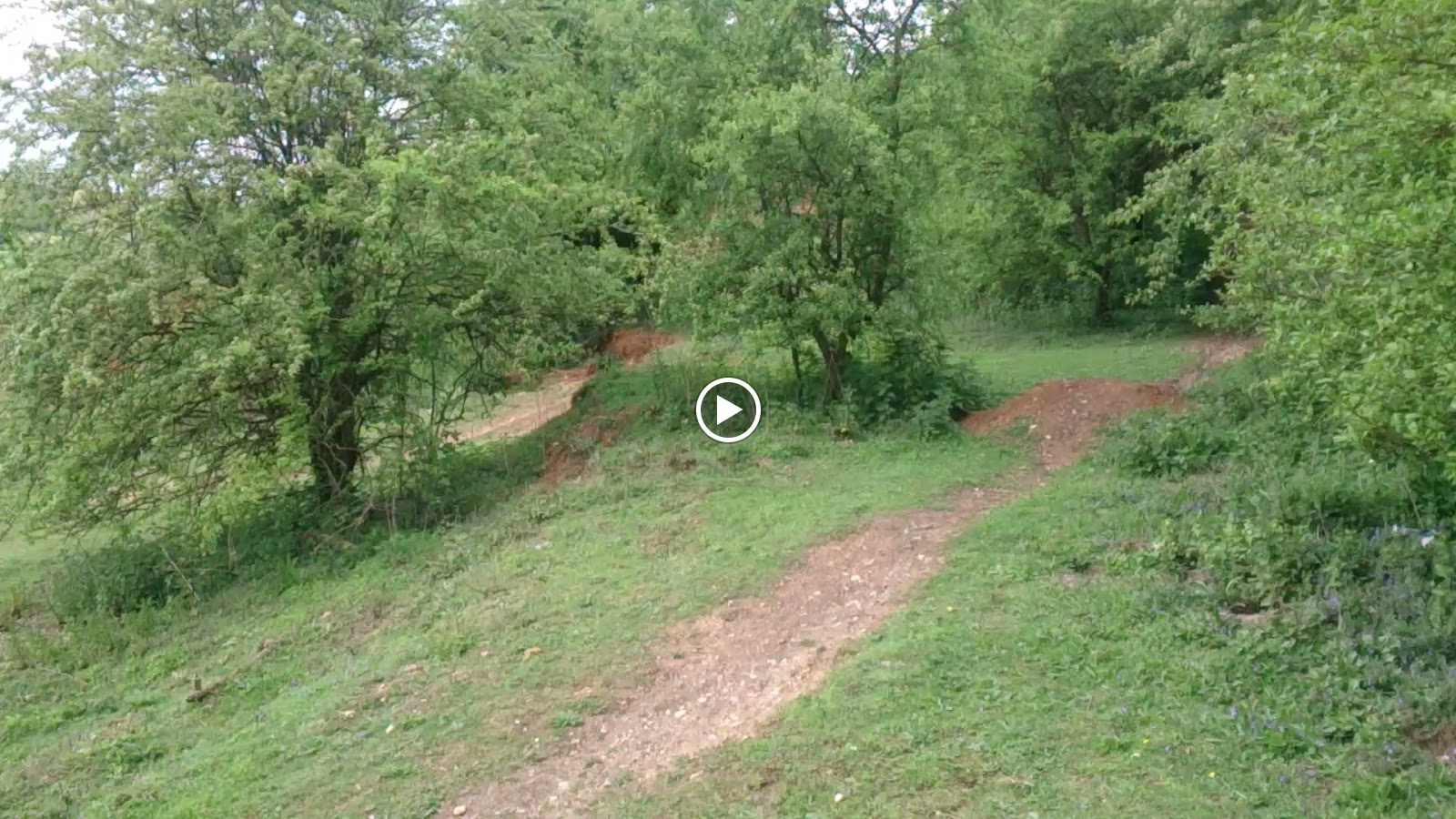 Jenn and Stu arrived for their session after staying at the local recommended b+b and were fresh and ready to roll. I began with the skills check and found two proficient riders  that had 2 skills missing, looking and body positioning. A set up change to Jenn’s bike made a world of difference and off we went to a cornering drill to enhance the body corrections. From there, we moved to the drop technique and it wasn’t long before they were riding the largest 3ft drop and Stu was even starting to style it also.
I then moved straight to jumping as I could see that physically they both were ready and only a mental skills tweak was needed before they were both clearing the 6ft tabletop, Jenn’s 1st ever and Stu was comfortably riding the gap jump side too.
We took a break and resumed with carrying speed through berms and again Stu upped his game by riding and styling the 7ft ladder gap that came after as he now could carry enough speed through the turns to do so.
Next, on to the skills trail and we worked on linking the sections contained in it together using various techniques. We rode steps, rocks, upslopes, drops and pumped . Linking that to flat, bermed, off camber and switchback turns. The change in them now was clear to see as they became more connected to the trail and fluid which made them faster.
Next, we moved to steeper terrain and the mental skills required as well as that all important body positioning. Alpine switchbacks, Near vert drop off and steeps into corners were all ridden and in various ways, demonstrated of course by myself first.
We finished our session on a trail linking everything together including moving the bike in the air and ending in the ever easier vert drop in.
Amazing session of progress and fun too.
High5!