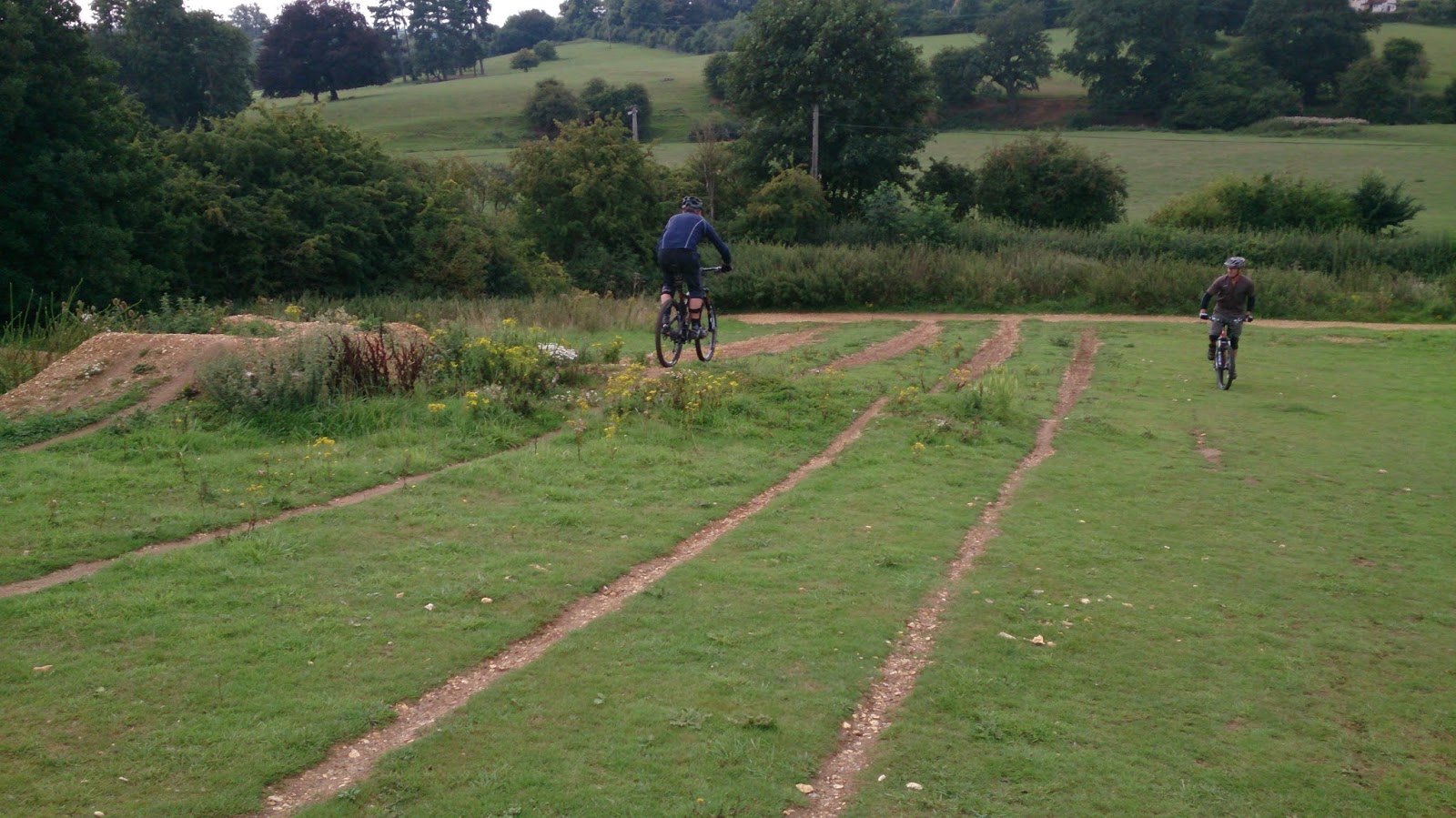 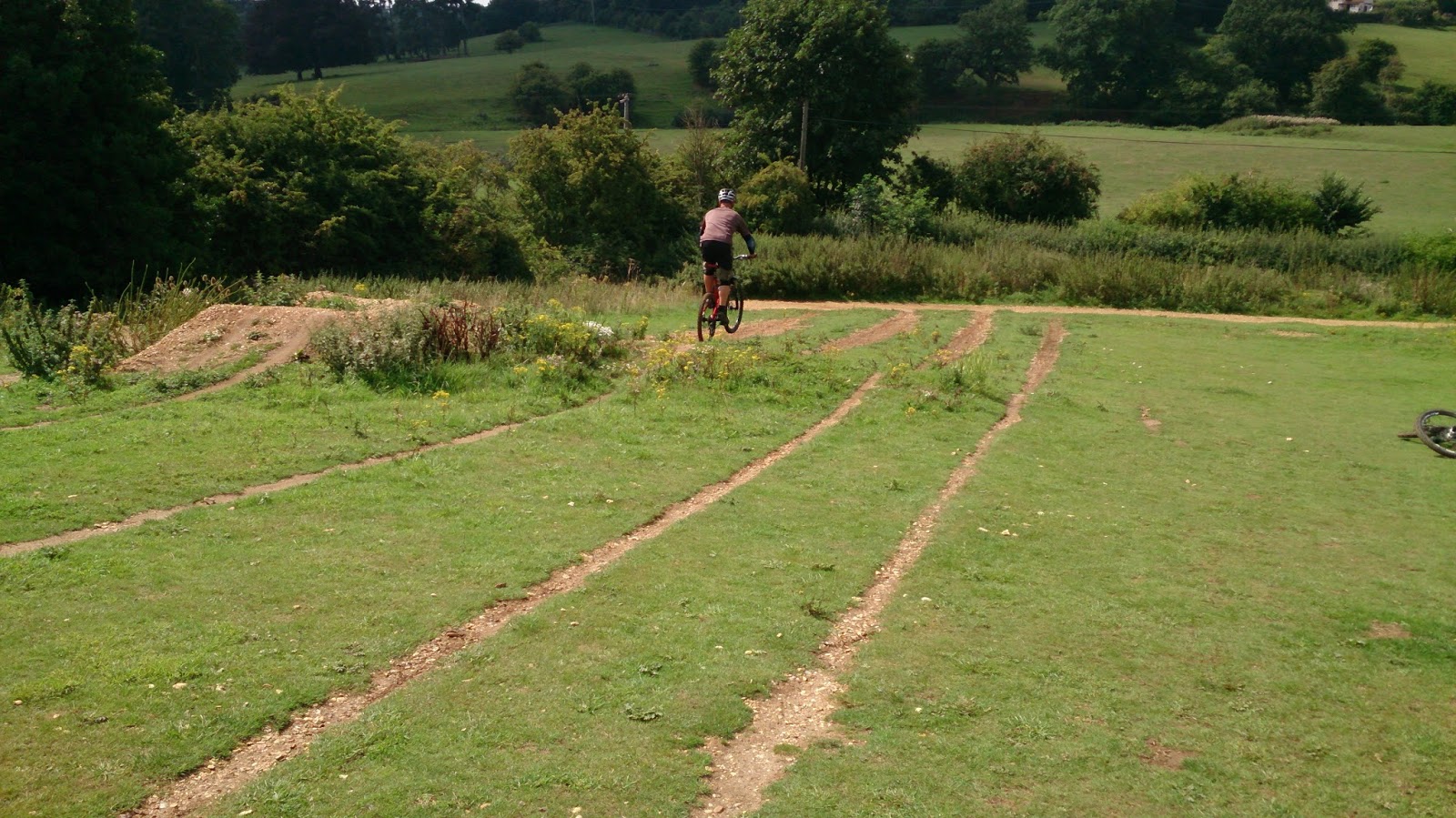 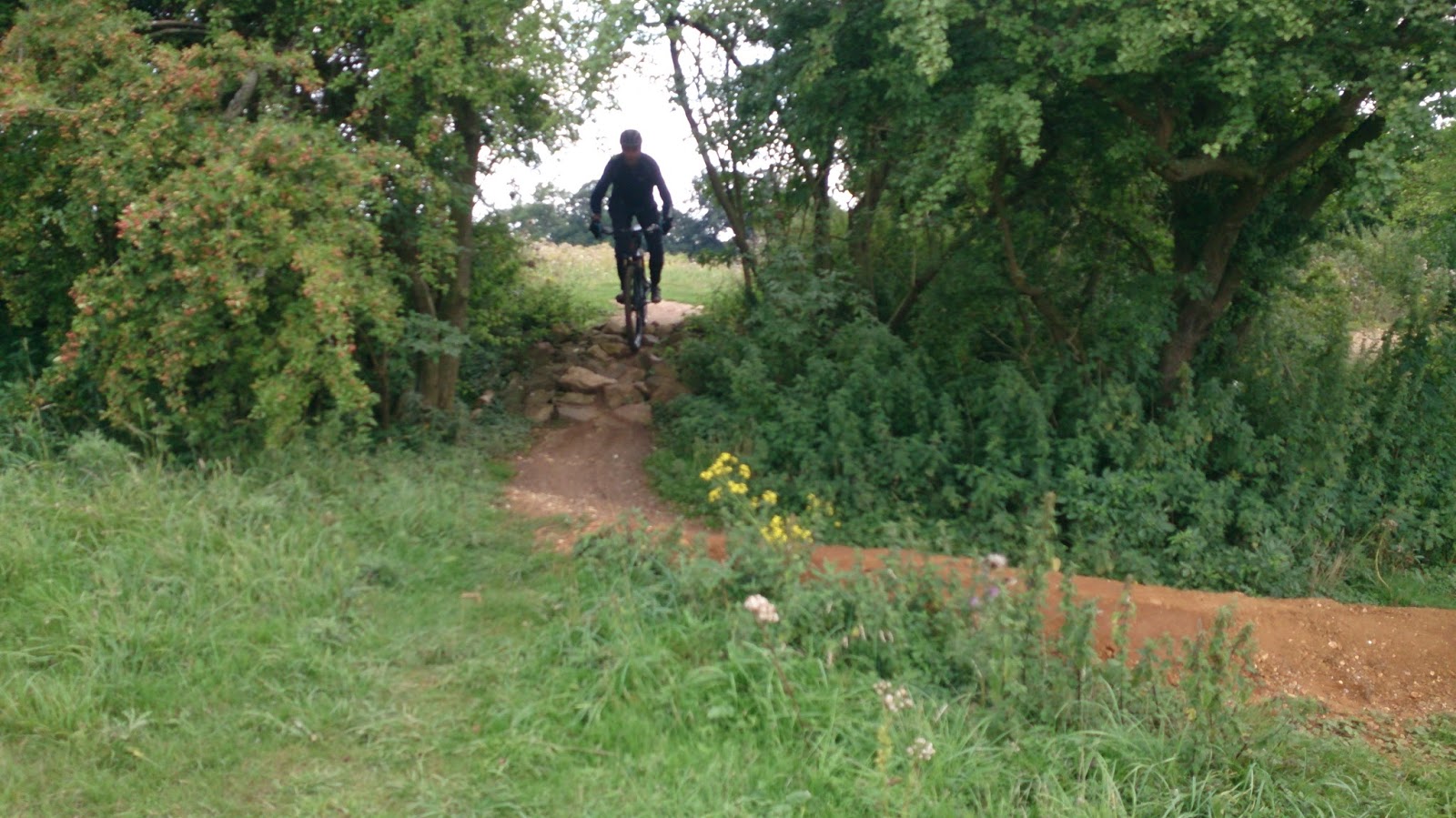 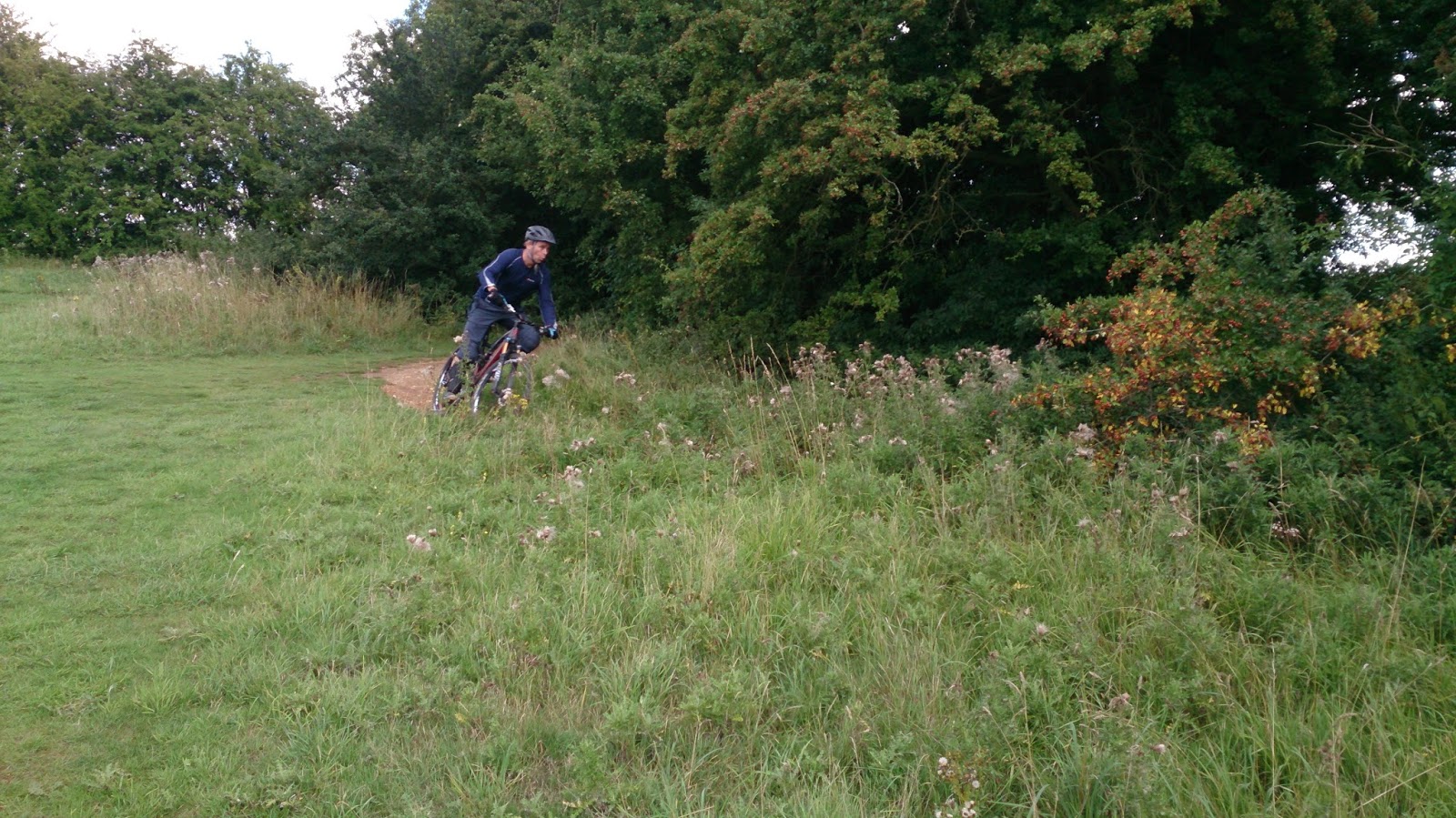 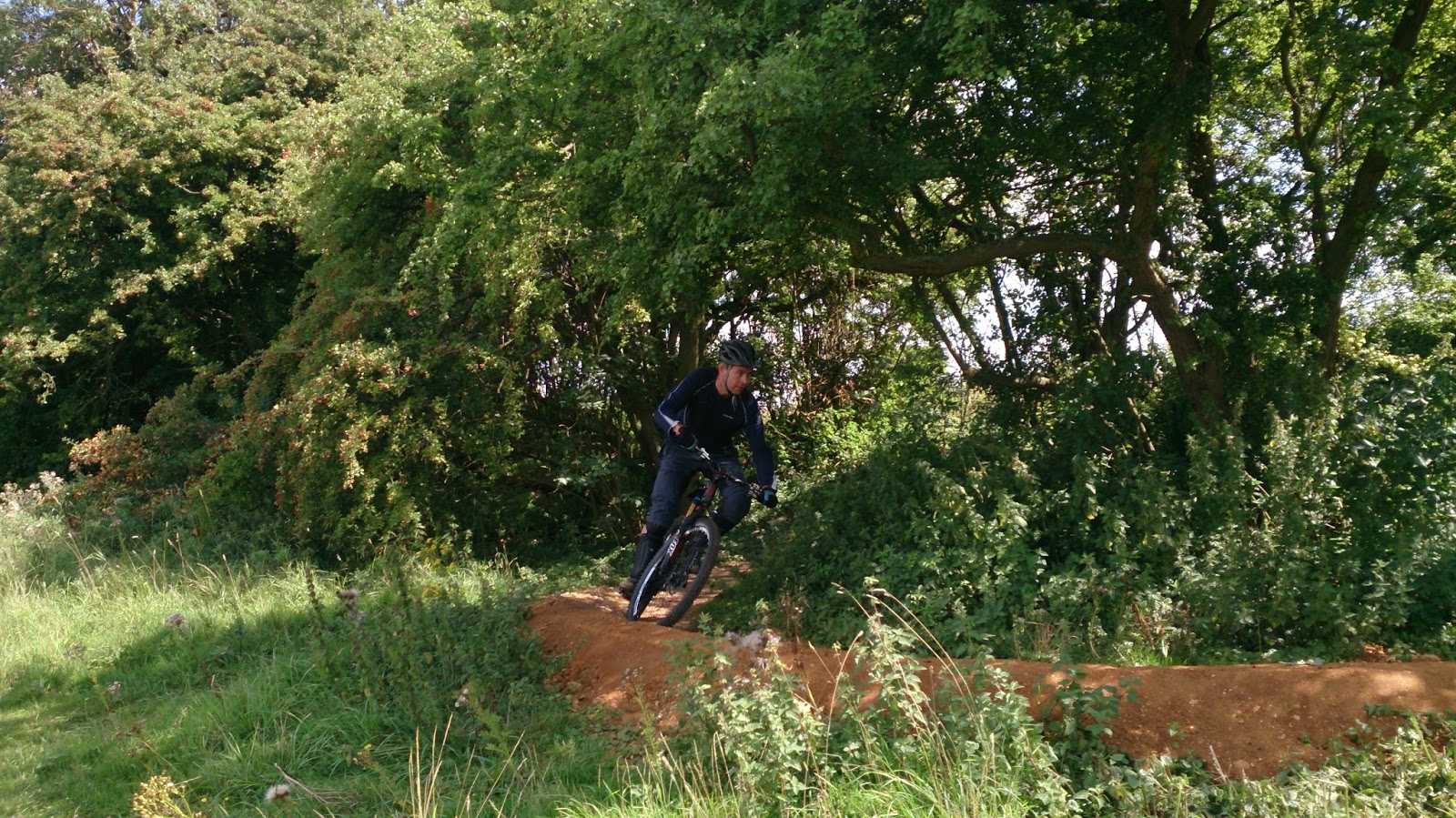 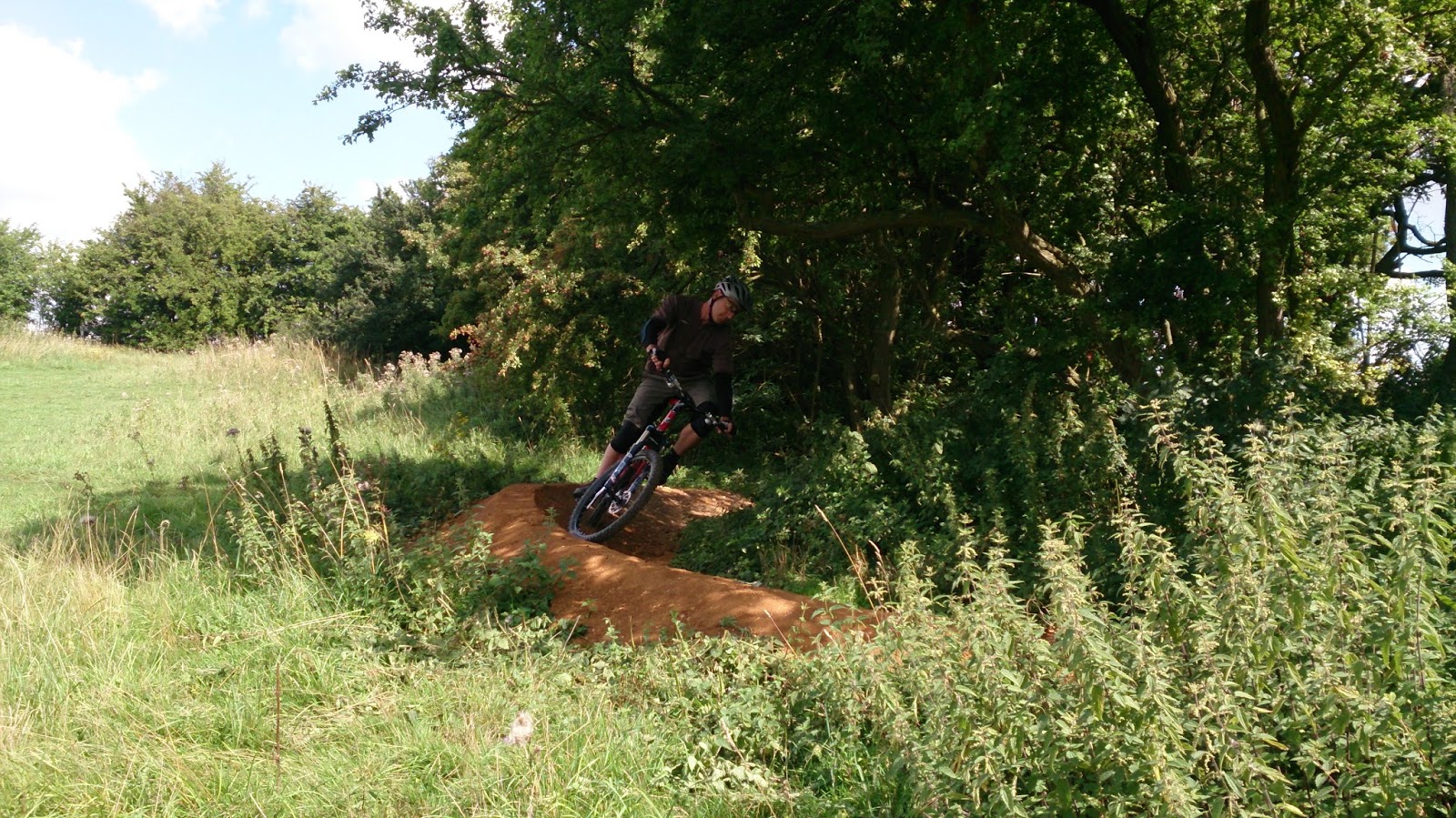 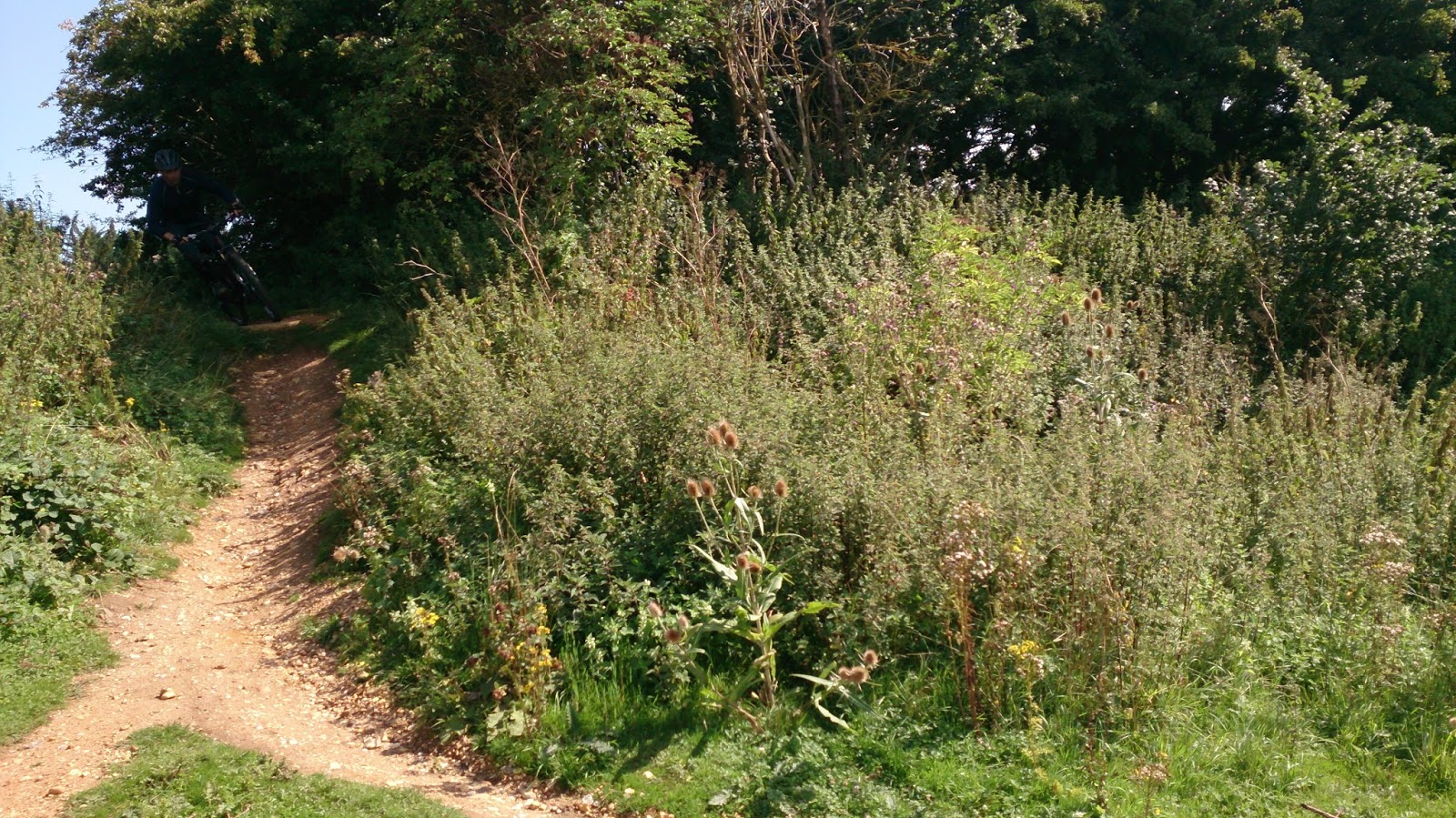 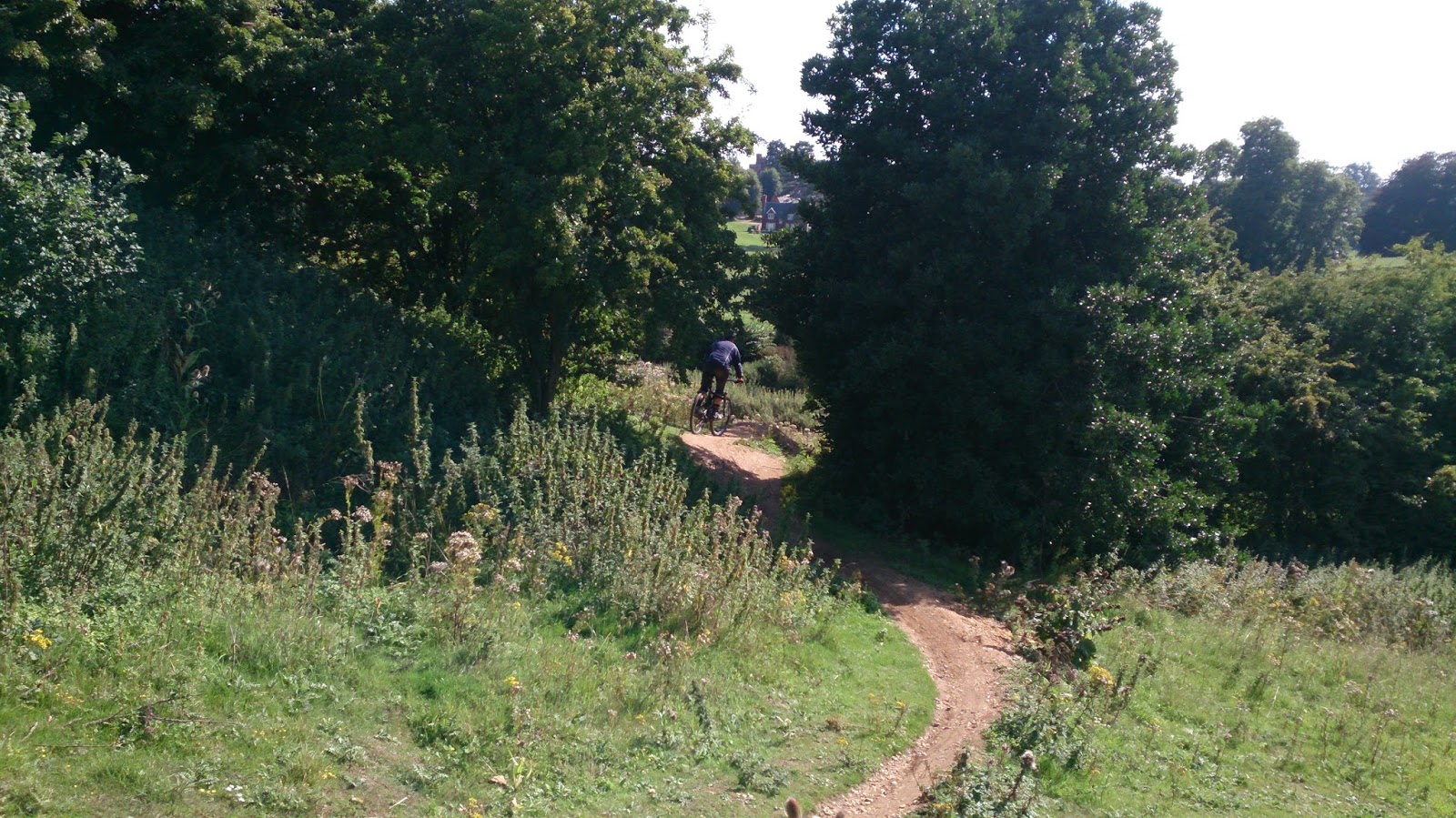 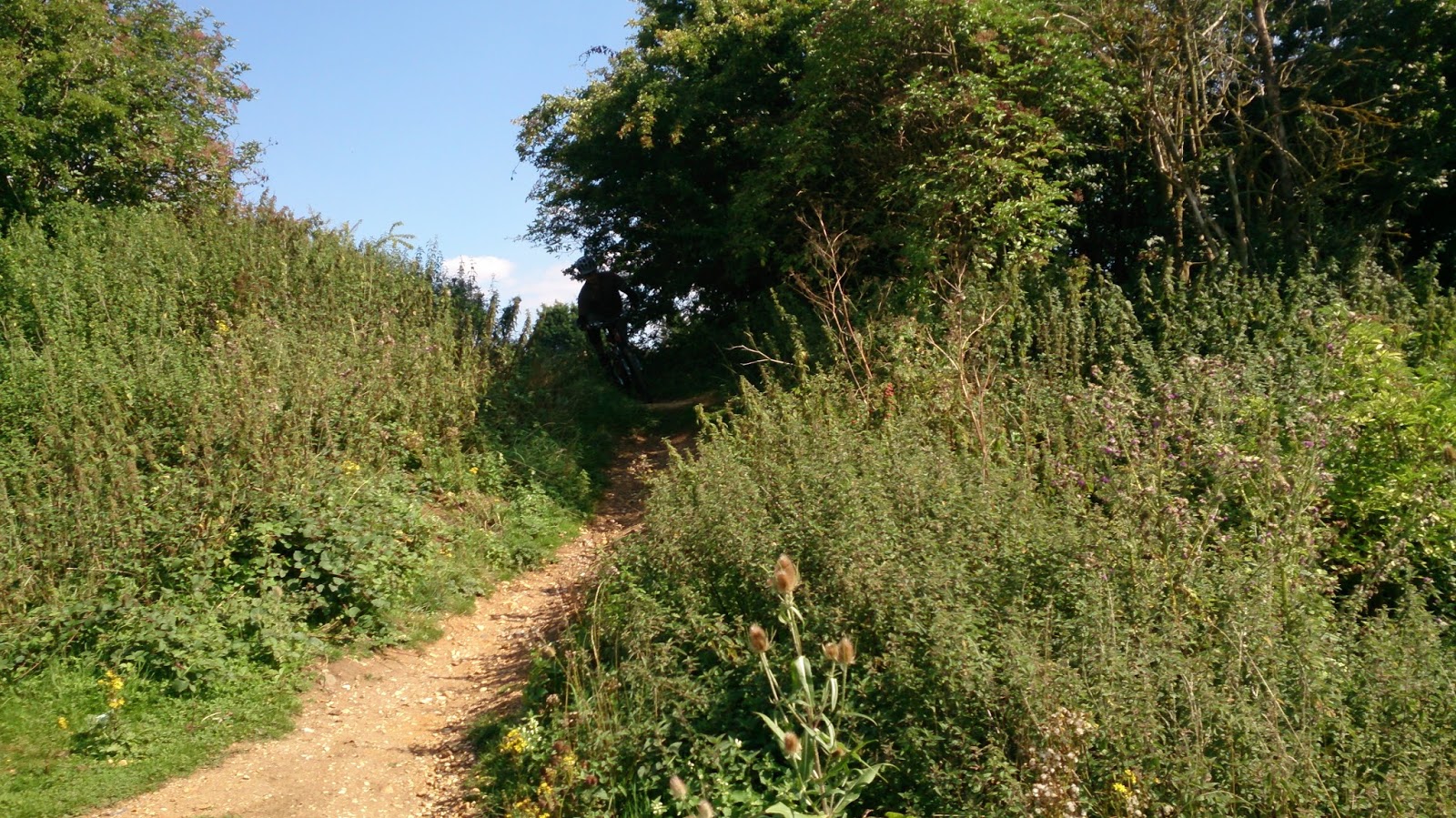 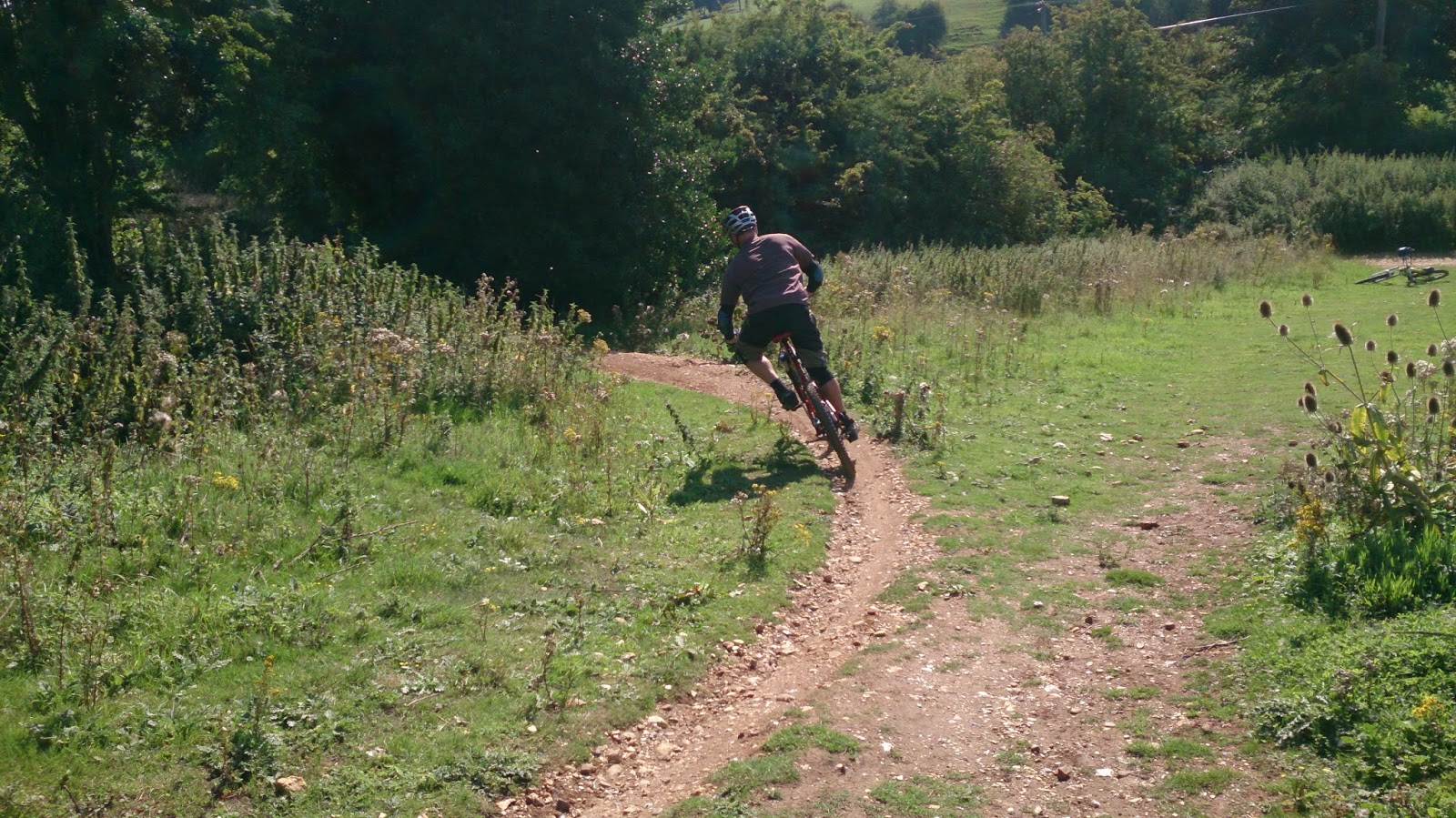 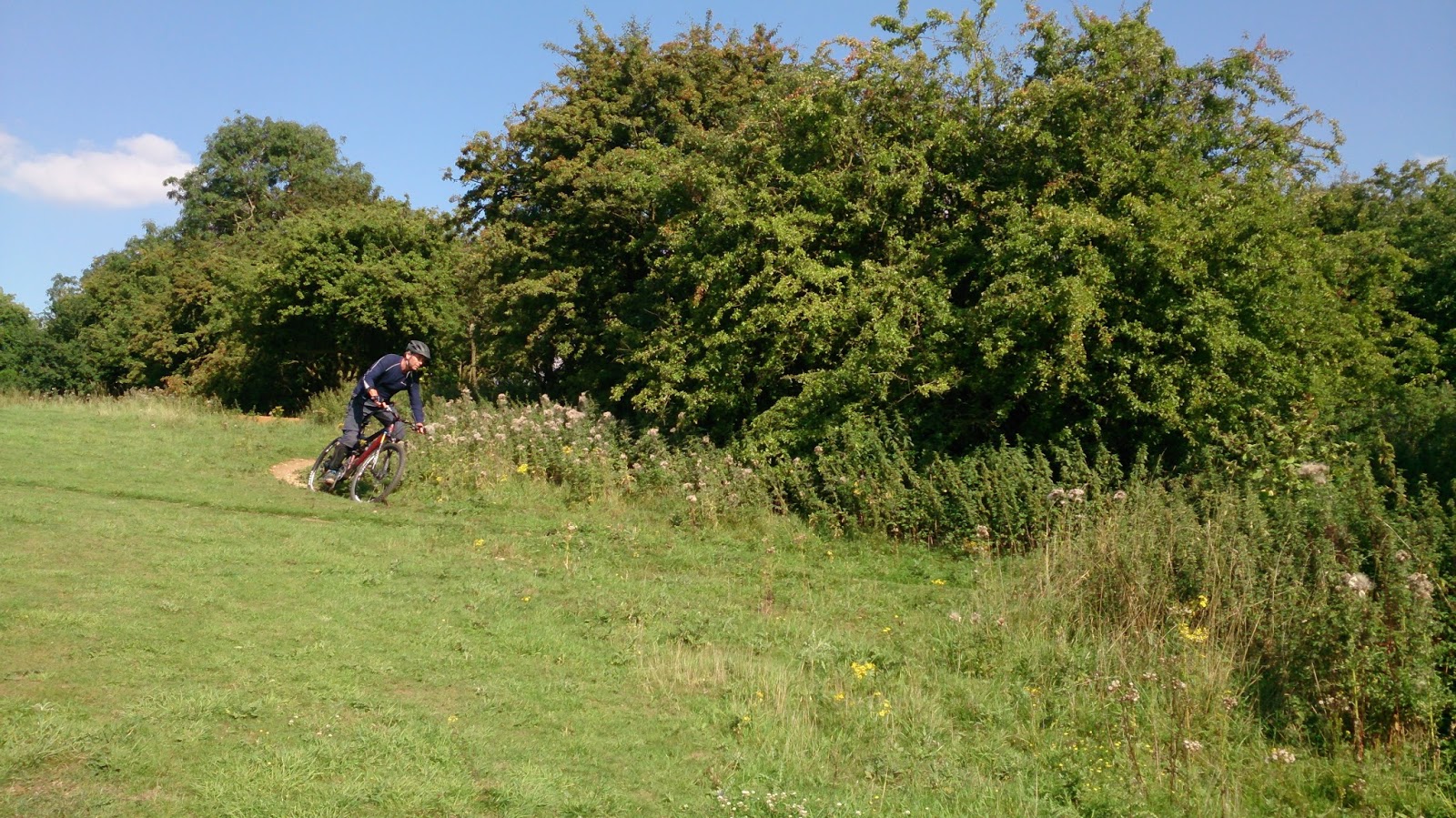 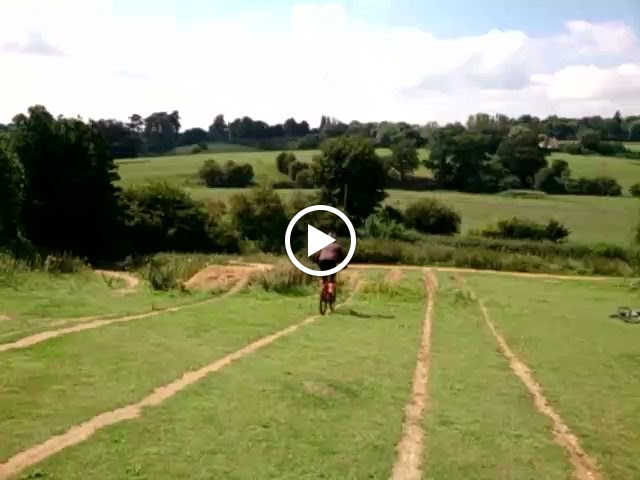 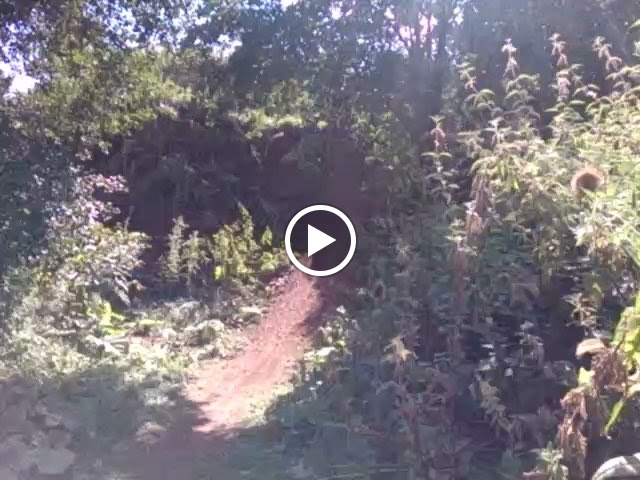 Johnny and Steve turned up as arranged and the skills check showed that I needed to work on Johnny;s footwork, looking and body positioning and Steve’s body position and mental skills. I made a set up correction and we went to work on cornering first and their new body positions enhanced grip and control.
We moved on to the drop technique where I worked on Steve’s mental skills and soon they were riding all 3 drops with ease and both remarked how simple it all was.
We moved to the skills trail and worked on the top half of the trail. pumping, absorbing, rocks, flat, bermed and switchback turns were linked together and their new skills sets really made them feel different about why and how they rode singletrack.
We had a break and then worked on riding steeper terrain and they both used their mental skills to decide whether to ride a section or not, with Johnny riding the near vertical drop off .
Back to the skills trail and we were soon riding the whole trail end to end and any errors were self diagnosed and they rode faster and with more control than ever before.
A good few runs were ridden until mentally I could see they were done. Six  hours since we began our session came to a close to celebratory drinks in the local pub.
An amazing session in many ways.
High5